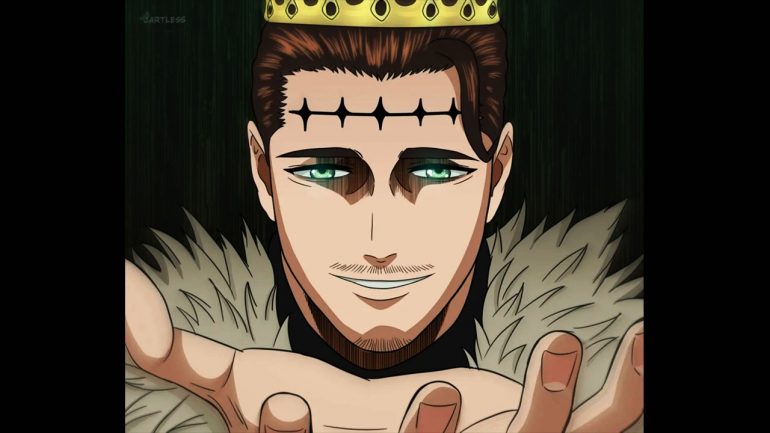 The Leader of the Dark Triad Appears

The long-awaited moment for Black Clover anime has finally arrived. When Asta and the others went for their training at the Heart Kingdom, we knew the training arc would take a while. But fortunately, it was not dragged any longer than necessary. And now, with the new season and new year, we got the new arc in the anime. The Spade Kingdom arc was officially started in Black Clover Episode 158. And with that, more interesting developments are hinted at for the next anime episode.

Black Clover Anime will be releasing the next episode by Tuesday, and for more details, you can check its full post: Black Clover Episode 159 Release Date. And it will be more interesting as it will show the leaders of the dark triad Zenon, Dante, and Vanica in full detail. Things also heated up in the latest episode of the anime when Asta appeared with a new powerful look. We haven’t seen him in a while since his training. And the rest of the mages that he went to training with made tremendous progress and improvements in their powers and attacks.

To keep up with the others, Asta also appeared with a new demonic transformation that seemed to be very powerful. Before the anime could switch and introduce the Spade Kingdom leadership and how powerful they are. We were first hinted at how powerful everyone else was. First, it was Asta, and this was the perfect opportunity for him to show how powerful they are. The latest Black Clover anime episode was just a raid by the mages who shows how powerful they have become.

They now move across the magic region like it’s nothing and without any effect in their use of magic. We managed to be very convinced that they are powerful enough to go against the devil in the Spade Kingdom. They easily defeated the soldiers from the Spade Kingdom who were sent to invade the Heart Kingdom. And while they were still at it, they easily took over the nearby villages that were under Spade Kingdom’s siege.

With everything now caught up, the anime moved to the grand reveal. Dante, Vanica, and Zenon made their first appearance in Black Clover Episode 158. Prior to this, they have only spoken characters and would only appear in silhouettes. But we got to see what kind of people they are. And their personalities, especially that of Vanica, who was so lively. Whilst the other two, Dante and Zenon, remained composed. Dante opened by saying that Zenon seems to have mastered the use of his devil powers. And when we saw Zenon, he was composed and appeared with no facial expression.

He seemed determined for whatever he wanted to do. And now that all of these three have been introduced. We might not have an idea of how powerful they are. But we all know they are at least at the combined strength of the Heart and Clover Kingdoms strength combined. We had also seen how the devil’s powers could be so strong during the elves arc when the devil that manipulated them appeared.

And also, through Asta’s training and his recent transformation that e easily defeated an entire military platoon with little effort. And based on how difficult it was to defeat the first devil that the Black Bulls encountered. Then we expect Zenon and his devil to be way difficult as well. But we have been reassured that the Black Bulls and everyone else has gotten stronger through their training.

Lorochipeka also noted that even with their successful training and combined strengths. It will still be difficult for them to defeat the devil in the Spade Kingdom. But now the arc is finally here, so instead of hearing about their strengths, we will see it first hand. This is likely to be as interesting as the fight between Licht and the Black Bulls. But now the war is just beginning, and we are yet to see the next moves of each side.

Dante also declared that it is finally time to attack after waiting half a year. We don’t know what took them so long or what made them decide to wait for this long in their plans. But on the contrary, the Heat Kingdom and co had to train for six months and are now ready. Dante and Zenon also revealed that they are after the two arcane mages, and this time, they won’t let them escape.

We have no idea why or what they want to do with the two mages. But it’s probably to proceed with their plans. With all that, all we have to do now is look forward to developments towards the war in the upcoming anime episodes. We will soon see how thing goes when the next episode is released, and Dante and Zenon’s plans will be revealed in full. This is just the beginning, so we are yet to see many more developments.