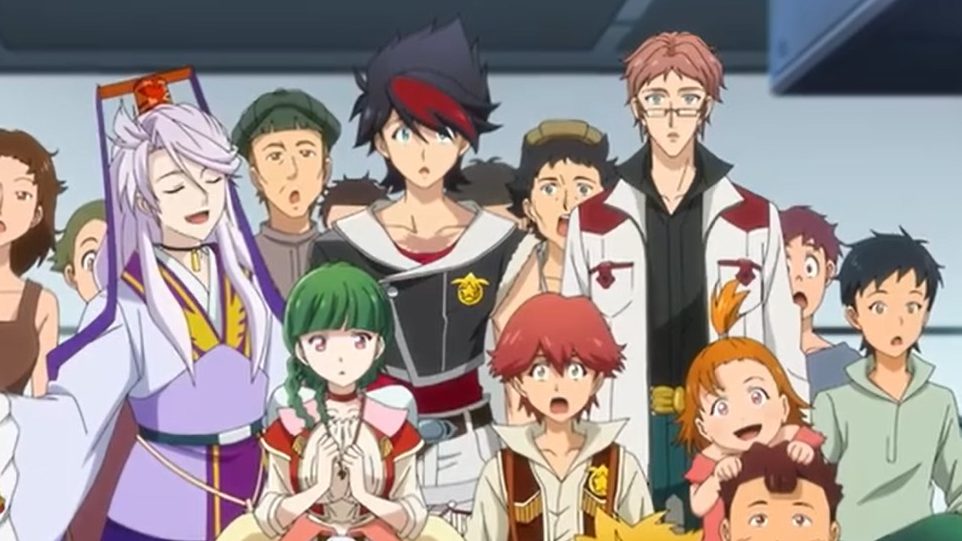 After defeating Kai with the help of Shuu, the crew continues to move towards the other side of the wall. On their way, Eisha’s health started to deteriorate. She couldn’t use her Brightheight well, and Shuu decided to help her. They turned the ship to automatic for Eisha to be taken care of. Gramps is worried about Eisha’s health; he wishes they should have stayed in the village. But he realizes that the village is no more; all they need to do is go to the other side of the wall.

Later, Eisha awakes in front of Gramps, and she apologizes for worrying him. At the same time, Arrow and others enjoy riding small ships. They are glad that the ship has anything that the villagers need. They are enjoying delicious food, a washing machine, a luxurious sofa, and beds for the first time. Bit is excited that they have found better weapons to protect themselves. Meanwhile, Kai got arrested for not coming back with Shuu.

Episode 7 will be released on Saturday, 20 February 2021, at 12:00 AM JST. Back Arrow will keep on releasing new episodes every Saturday. Try Back Arrow at back-arrow.com and watch it on AnimeLab and Funimation. 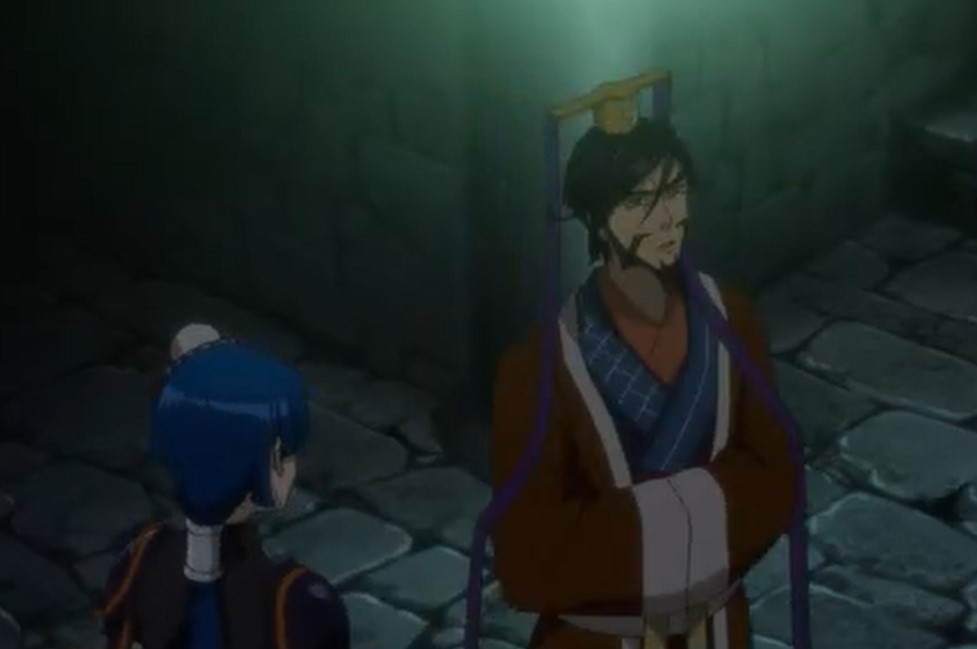 Previously on Back Arrow Episode 6

Ren visited him and asked why and he said he deserves this, but he will use this humiliation to empower his conviction further. Minister Kyo visited Kai and told him that he is just wasting his time. Kai asks why the minister of defense is here, and Kyo comment s that the two overlooked Shuu’s disloyalty while at his side. Kyo comments that Ren is also responsible for allowing Shuu to escape.

Kai told Kyo not to punish Ren. Kyo remarks that it is not up to him to decide and Kai said the minister is also in charge of weapons and development, not Rens’ fate. Kyo reveals that prime minister Tae made him Head Diviner as well. He also said it is his job to clean up after Shu’s mess, and last night, emperor Zetsu left to deal with the rebels in the west. Tae is now holding the most power in the capital, and no one can defy him.

Ren comments that once everything is over, she will accept her punishment, and she wishes for the traitor to be killed. Kyo remarks that it will not work until they know the capital is safe, Tae will refuse to deploy the army. Ren vows that she will prove that Shu was responsible for that hoax. Kyo comments that it is not Ren’s duty and her fate will be decided in three days. Ren can do whatever she likes in the capital for three days, but she must use her freedom wisely.

Ren thanks Kyo and comments that she will make good use of three days. Ren left the two, and Kai asks Kyo what does he think he is. Kyo comments that he is just doing what he is ordered to do and not to upset Tae. While Arrow and others have stopped at a nearby town, and Atlee is fishing for them. They manage to hunt and collect more fruit, water, and food for their journey. Shuu reveals that they have managed to bypass Lutoh. 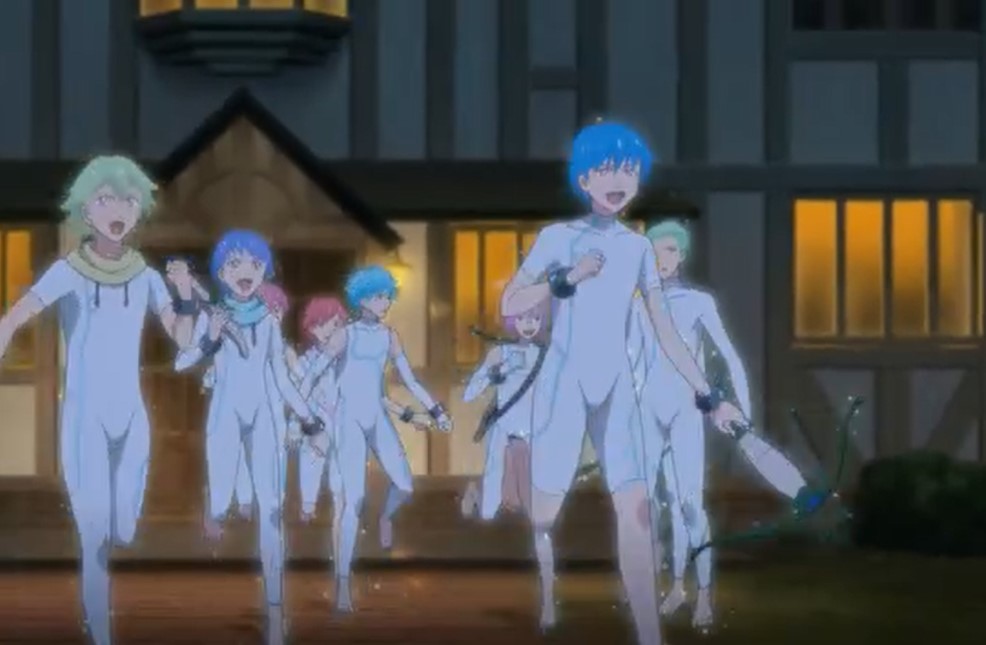 But Walston Province is autonomous, and it will be a shortcut. Bit ask why it is autonomous. Shuu reveals that Lutoh allows the Lord to self-govern by paying taxes, and Walston is guarded lightly, unlike Lutoh. Sola comments that he knows the way they could cut through it. Shuu said that Rekka makes the map they have, but it doesn’t have the data on Lutoh. They have to find the way within three days, and he wants to reach the wall within then. Atlee came and announced that they have finished packing everything and they are ready to depart.

Sola thinks they are on a good route, but they got stopped by a briheight. He told them to turn back, and Eisha comments that it is hard to stop this huge ship. The guy remarks that they will have to fight him and Bit thinks the guy is strong as general Kai. Arrow went outside and grabbed the guy, and he finds that it is a kid inside briheight. Arrow tole him they won’t harm him, and he realizes that the kid is starving later after they fed him food.

The boy reveals that he is Bruh, and he comes from a pretty boy farm. Bruh told them how they are struggling there. Arrow and others head to the farm and supply food, water, and blankets. Bruh told other pretty boys that Arrow’s crew is not enemy; they have helped him. Eisha is wondering why everyone is a pretty boy on the farm. Bruh reveals that it was a farm until they became the livestock of Lord Wlaston.

Sola and Arrow decide to help the pretty boys from the farm. Bruh reveals that pretty boy is their name as livestock, but they came from poor villages. They thought having water and food will be an improvement. But after they saw what the Lord is doing to them, they fight back and manage to escape. Later the enemies attack the farm, but Arrow and the crew defeated the Lord and his allies. He took all the warpers that the Lord owns and give them to pretty boys to protect themselves if they are being attacked again.

Find how Kai was defeated by Arrow on this link: Back Arrow Episode 6.