The Netflix Blonde trailer is finally out! If you also thought the actress Marilyn Monroe was playing herself in the movie. Then we will not blame you because the transformation is uncanny. Blonde is one of the most anticipated movies of all time. The talks about the movie’s cast and story have been making news for a long time, and the trailer is finally out. The blonde trailer is a whooping image of the actress, who was one of the most notable Hollywood icons.

When the glimpse is this, what will the movie be like? We surely can’t contain our excitement over the Blonde trailer release. And here is everything that you need to know about the trailer for Blonde and the movie. Lights, camera, and action! This is the kind of treatment a movie so big deserves. We often forget that the stars we see on screen are humans first. We hope that the movie is able to highlight Marilyn Monroe as a person first. And from the trailer glimpses, we will get this just fine. So, buckle up! Here is everything you need to know about the Netflix Blonde trailer.

Netflix Blonde trailer breakdown! Everything you need to know from the first glimpse!

The first trailer of Netflix Blonde shows the splitting image of the actress Marilyn. The glamorous official life of a Hollywood star in the making. The trailer starts with thousands of people shouting for one glimpse of the star. The setting is beautiful Hollywood wins its black and white glory. The tone of the Netflix Blonde trailer completely shifts after these successive first shots.

The trailer for Blonde gets more and more intense. The life of glamour and stardom soon starts to get to the actress. Marilyn starts feeling trapped inside the clutches of society. That one particular shot of the actress breaking down in her car left a lasting impression.The performance is surely worth the wait. The trailer is splitting colored and Black and white imagery. It mimics the life of the star it shows.

Netflix Blonde Trailer- The story of a Hollywood Icon in making!

The movie Blonde is based on the novel by Joyce Carol Oates. The story fuses fact and fiction to create a glamorous tale about one of Hollywood’s icons, Marilyn Monroe. Ana De Armas is cast as Marilyn Monroe in the movie. Armas looks fantastic in the Netflix Blonde trailer. She looks so shockingly similar to Monroe that anybody might get confused from the first look.

The trailer for Netflix Blonde is already creating news. We are sure that the movie will be a huge hit on Netflix. Other cast members in the movie include Adrien Brody, Bobby Cannavale, Casper Phillipson, Julianne Nicholson, Xavier Samuel, and Toby Huss. 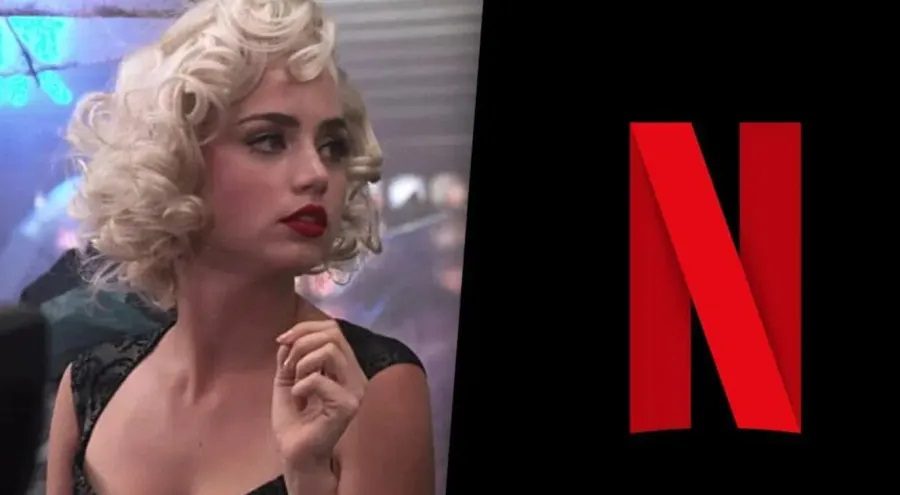 When will Netflix Blonde be out?

That was it on Netflix Blonde trailer breakdown from our side. Stay tuned for more updates about the movie!