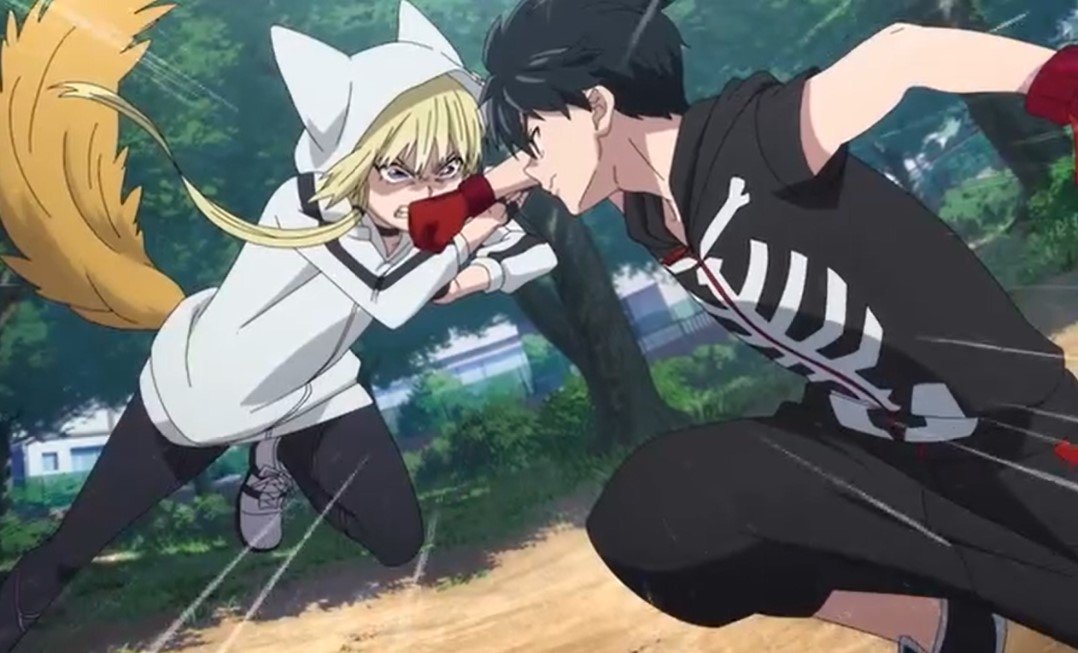 Kabane is doing the cleaning for the first time inside the office, and he saw something. He realizes that Inugami has warned him not to open the door at the far end of the hallway. Kabane thinks it will be better for him to move the boxes and clean, but the door gets opened, and a hand grabs him inside. In the morning, Inugami asks about Kabane. Shiki and Akira said they hadn’t seen him since last night.

Shiku comments that last night Kabane was in the middle of cleaning, and they found the mop lying in the hall. Shiki also comments that Kabane is not a guy who can leave things unattended. Inugami realizes that the hall is where he has forbidden Kabane to go. He rushed to the hall and entered the room that no one is allowed to enter. He finds Kabane with a guy sitting on the chair playing games.

Kemono Jihen Episode 6 will be airing Sunday, 14 February 2021, at 10:00 PM JST. Watch Kimono Jihen on ANIPLUS, AnimeLab, Funimation, and Netflix. Take a look at the life of Mihai, the vampire below. 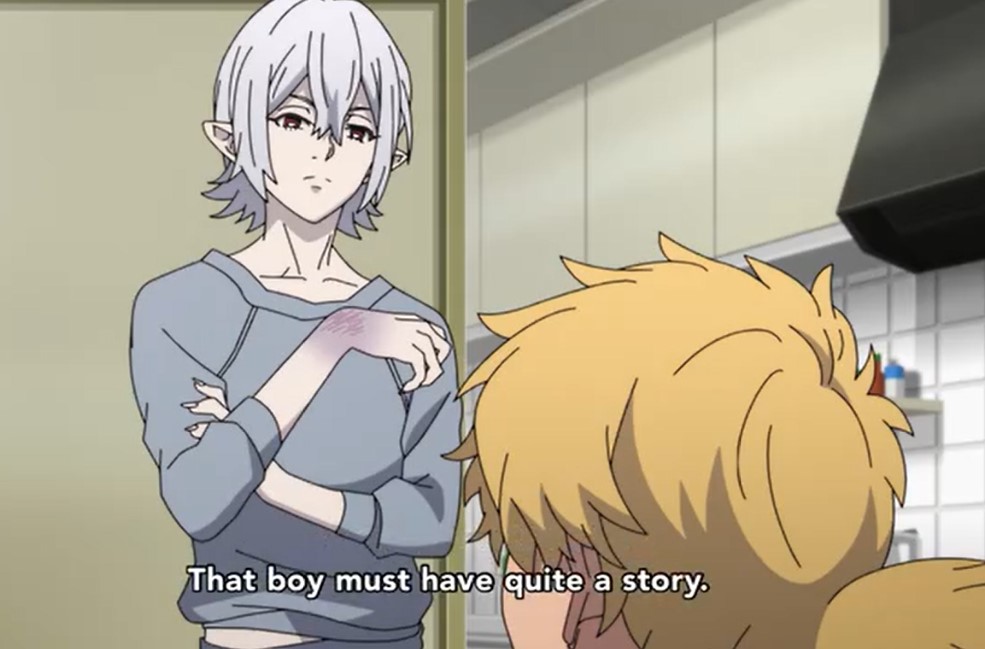 Inugami calls the guy Mihai and told him to stop exploiting Kabane for himself. Kabane was serving everything that Mihai is asking. Shiki asks what this place is, and Akira comments, he thought it was a storeroom. Mihai turns his chair around and asks Inugami why he did not tell him about Kabane. He comments that Inugami has hired such a submissive, obedient slave child. Akira asks if Mihai has been here inside this room all along.

Mihai replied yes and said that he is Mihai the vampire, he provides ICT for the Inugami Strangeness Counselling Office. He told Kabane that starting from today, he will serve him water, food, and everything that he wants. Kabane agrees and said that it would be his first time acting as a waitperson. Mihai is honored that Kabane is here, and he says yes to everything. Inugami comments that this is why he told them not to open the door.

They both head to the sitting room and left Mihai alone. Shiki comments that Mihai is bad news. Inugami reveals that Mihai is his old acquaintance. Vampires possess superhuman levels of physical abilities and knowledge. The vampires don’t age and are nigh-immortal. They are an advanced breed, even among Kemono and Mihai has attained pro-level skills and knowledge. Mihai ran out of things to do and started growing word-weary.

When Inugami invited Mihai to his office, he got caught up in Japanese online games. But if his mood turns sour, there is no telling what Mihai might pull. Shiki asks Inugami why did he bring such a problem case here. Inugami reveals that he is not good when it comes to tech. He reveals that Mihai is the one who created the official website. He also makes sure that their phone data doesn’t get leaked to Inari. 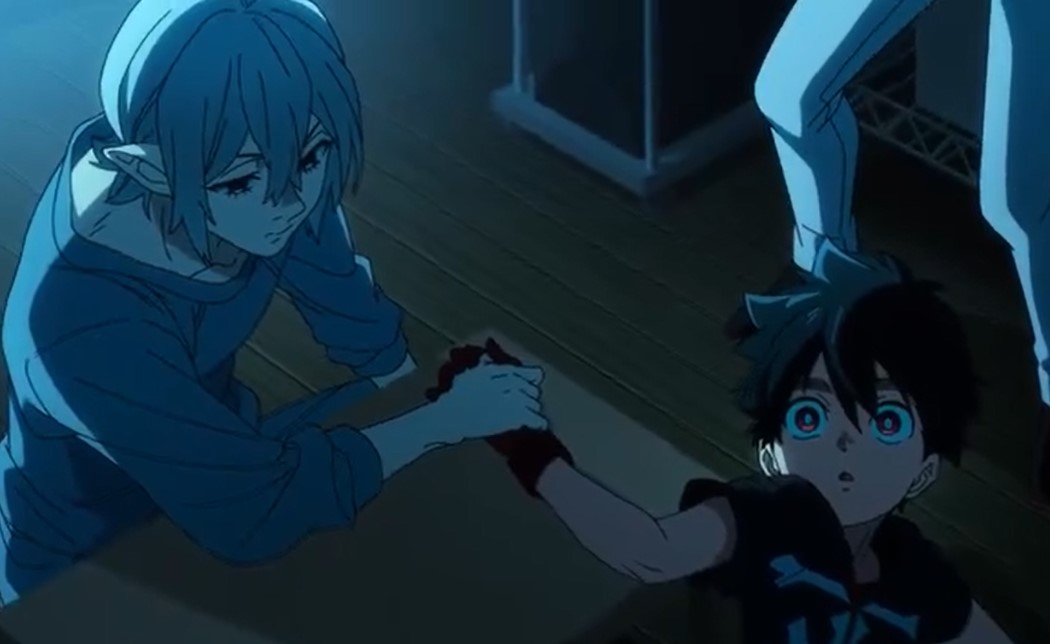 Inugami concludes that they must make sure to stay away from Mihai’s room. The next day Kabane continues to visit the room doing whatever Mihai wants. Shiki got annoyed by Mihai’s behavior and scolded Miohai for that. He told Mihai that he doesn’t care that he is a vampire, but he must not streak Kabane like a slave. Mihai suggests that if they beat him on the arm wrestling, he will free Kabane. Shiki tried twice, but he got defeated, and Kabane also got defeated.

Shiki went to Inugami and ask why Mihai defeated them on arm wrestling. Inugami reveals that vampires possess great strength. The strength Mihai showed to them was toying with them. Kabane went shopping, on his way, he wonders why he couldn’t beat Mihai. He thinks that all adult Kemono is strong, just like Mihai. Kabane sat on the bench, thinking that he has to get stronger and protect everyone.

Kon fell from the tree and landed near Kabane; she cannot believe that Kabane has his head. She told Kabne not to hide his head since she failed to impress Inari. Kon reveals that when she returns to Inari, she finds that someone was hired. She has nowhere to go since she was unable to bring Kabane’s head. Kabane asks Kon to fight him, but he defeated her. Kon got punished and lands on her back, commenting that she is good for nothing.

She said that she is weak; no wonder Inari hates her, so someone was hired. Kabane console Kon for suffering a shameful defeat, and he spends the whole day with her. Meanwhile, Inugami is surprised that for the first time, Mihai has left his room. Inugami asks why and Mihai said he is tired of playing games. He showed Inagami his swollen hand. He reveals that Kabane hs broke it when they were arm wrestling, and it will take him a week to heal.

That was all about today’s episode; see you next week Sunday when a new episode airs. Take a look at another development of Kabene’s life here: Kimono Jihen Episode 5.