Let’s talk about Mashle: Magic and Muscles Chapter 119 Release Date. We’ll also talk about some of the theories in the next chapter. After Reading Mashle chapter 118, one thing is established, and that is, Rayne Ames is a fierce character. Chapter 118 revealed much information about Finn and Rayne’s Past life and the reason why Rayne was so stiff towards his brother. And on the other side, the fourth child, who is the greatest pole arm user in the world, was not able to properly attack Rayne as he defended himself pretty well at the last moment. Let’s discuss this all in detail.

Mashle: Magic and Muscles manga is written and Illustrated by Hajime Koumoto. The Story is set in a magic-dominated world, where magic is considered a sacred act of one’s life, and the ones with no magic powers are deemed to be abandoned and punished by society. One of those was Mash Burnedead, who was secretly living in the forest with his father and spent every day training his body to such a level of perfection that he was eventually able to overpower magic. But one day, when his identity is exposed, he is forced to enroll in the Magic Academy to protect his loved ones. Here are all the details about the Mashle Chapter 119 Release Date.

Mashle Chapter 118 was titled “Rayne Ames and the Determined Decision”. The Chapter starts with the Fourth Child talking to Rayne about how he will kill him easily as he has already done this 300 times. Then as Rayne starts to throw pole attacks at him, the Fourth child easily dodges them. He, at one point, tells Rayne that defeating him is impossible as all of the evil children have given their hearts to Innocent Zero and have them replaced with demon hearts that can help them heal quickly. Then we see a quick reminisce of Rayne’s life, and he decides to attack the Fourth child by summoning Area God of War but is defeated by the opponent’s Athena God of Combat summon. 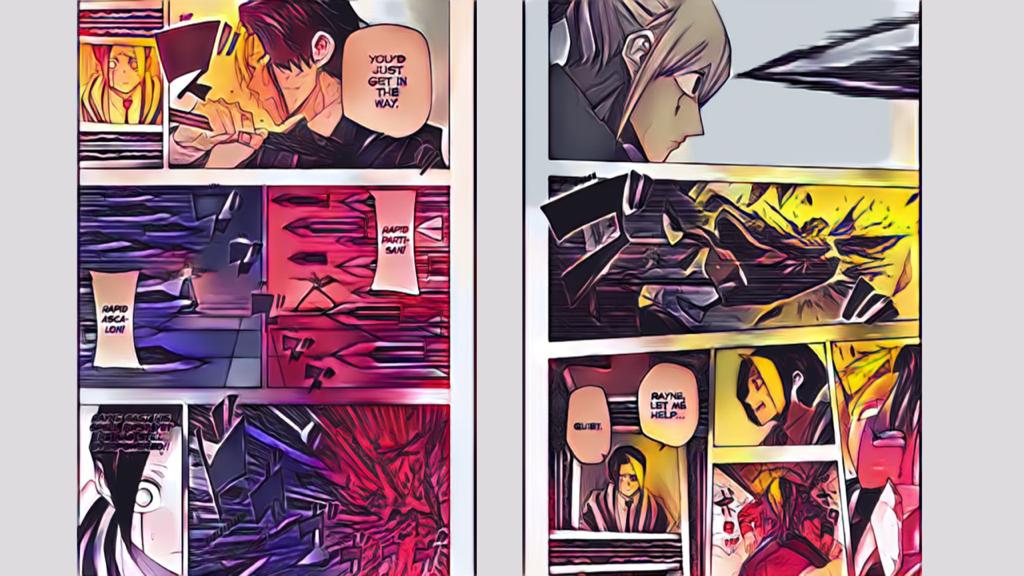 Rayne Ames vs The Fourth Child

What did Will happen in Mashle: Magic and Muscles Chapter 119?

Mashle Chapter 118 ends with Rayne Ames surviving the Fourth Child’s Pole attack and claiming to him that he will kill him. Rayne Ames, throughout the series, was a type of side character whose existence didn’t affect the story that much. But now, as the stakes are, he has become one of the most loved characters for the readers

The reason for this is simple, and that is his emotional connection with his younger brother Finn, which the fans are anticipating will happen in the next few chapters. Throughout his fight, as Finn was shouting at his brother to let him help defeat the fourth child, Rayne just told him that he would only get in the way. This just shows how desperately he wants to protect his brother, who is his only family left. 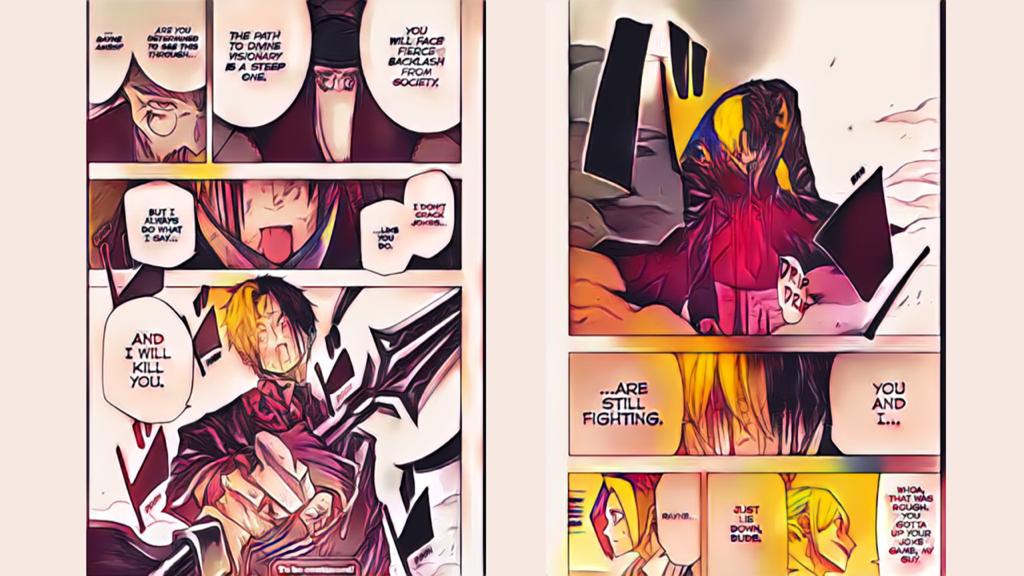 Also Read: Good Manga Sites That You Can Use Right Now

This aspect of their relationship will be the key focus in the next chapter as Rayne, in his current condition, has a very low rate of defeating the Fourth Child. But if he were to team up with his younger brother and let him help for once by using his magic power to swap attacks, then there could be a chance for them to defeat him.

This all depends if Rayne chooses to trust his brother and if he has any new hidden magic up his sleeve for the evil child, then that can also work. Well, the stage for the final fight is set, and the pieces have started moving towards their goal, let’s wait and see what the outcome of this war would be and if Mash can get revived in time to protect everyone. Let’s wait for the next chapter to drop.

When Will Mashle: Magic and Muscles Chapter 119 be Released?

Mashle Chapter 119 will release on the 7th of August at Midnight (JST Zone).

Where to Read Mashle: Magic and Muscles Chapter 119?

You can read Mashle Chapter 119 and all other available chapters onViz’s official website or through the Shonen Manga Plus app on your Devices.