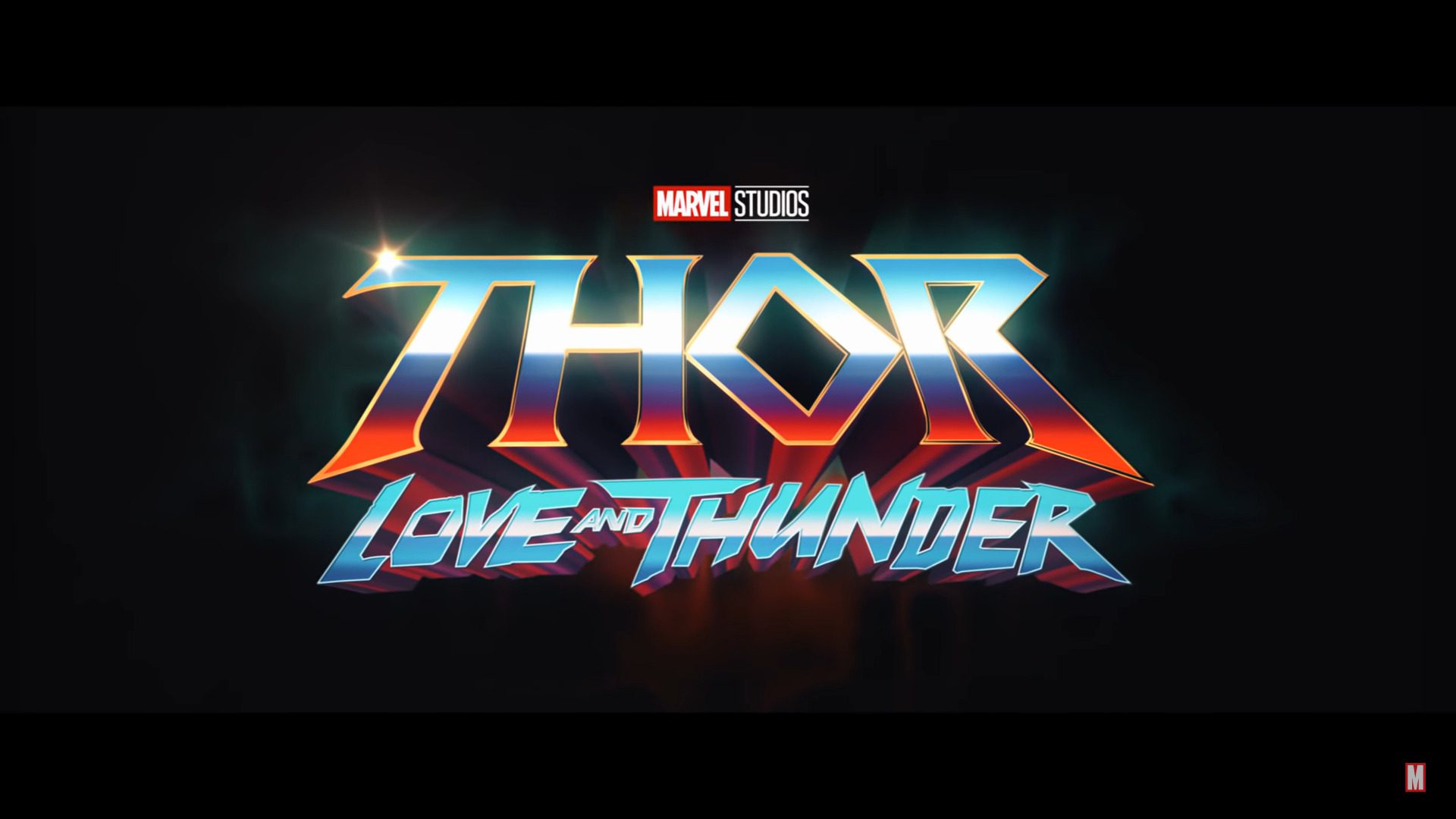 The talk of every household nowadays is Thor: Love and Thunder. Being a Marvel movie, you can imagine how awesome will be the action and adventure. The movie is immensely loved by the fans for its concept, visuals, and of course Chris Hemsworth! This Marvel movie introduced fresh and new characters to the Marvel Cinematic Universe. The fans are curious to know about Thor: Love and Thunder post-credit scenes. There is not one, but two of them! So, let us dive right into it.

The post-credit scenes have now become the ritual for all Marvel movies. These scenes build up the future for the Marvel Universe. This action-loaded movie has a phenomenal star cast including Christian Bale, Tessa Thompson, Natalie Portman as well as Jamie Alexander. Thor: Love and Thunder is the 29th movie of the Marvel Cinematic Universe. Without wasting another minute, let us hop into Thor: Love and Thunder Post-Credit Scenes as well as more details about the movie. 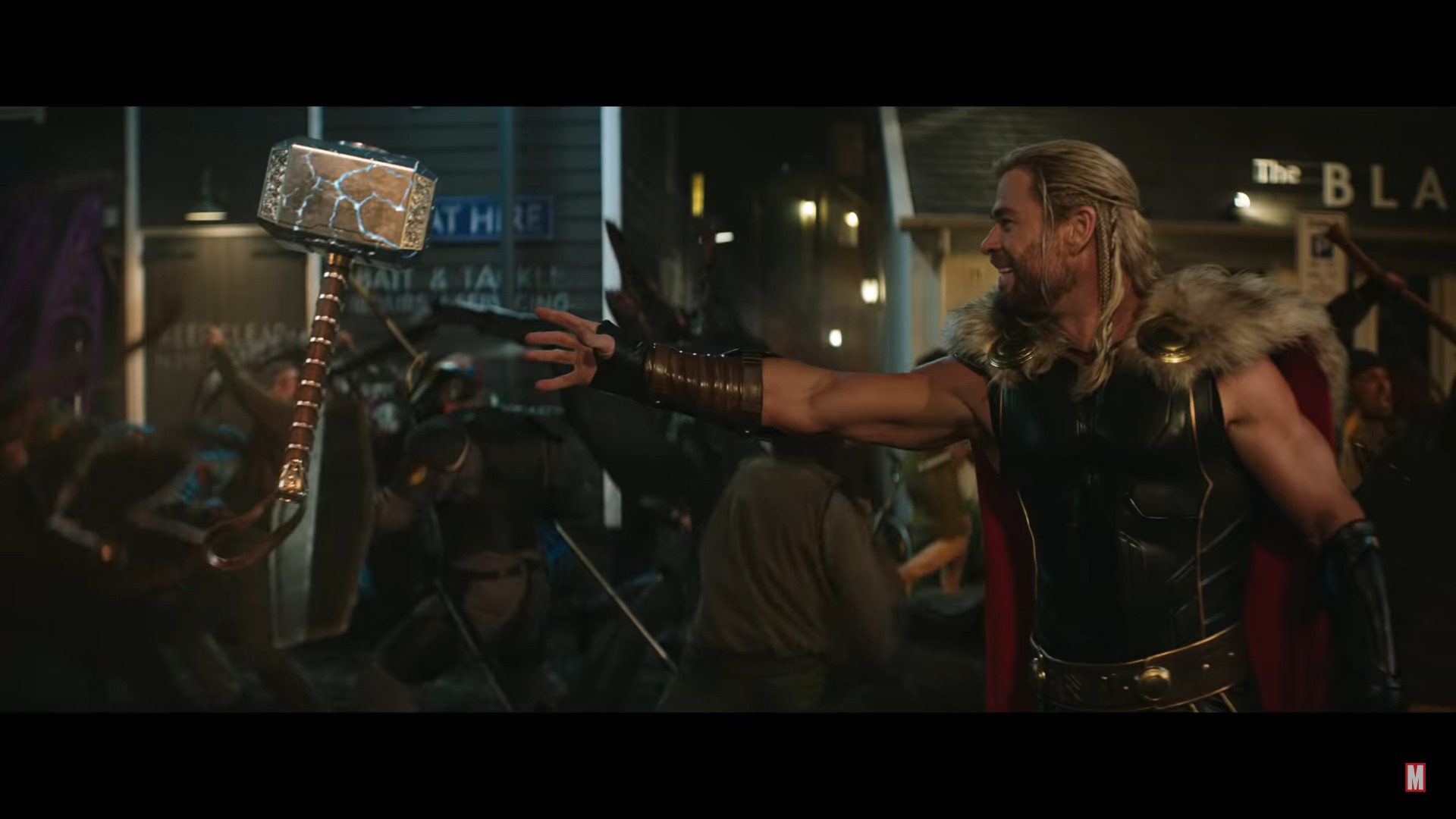 Thor in the movie Thor: Love and Thunder

The first post-credit scene of the movie opens up with Zeus comforting the wounds that he got by fighting with Thor in the earlier part of the film. He talks about the change of the era, and how we have started idolizing superheroes and not worshipping our gods. The superheroes have taken the place of Gods in our lives. He thinks of themselves as if they have become a joke.

The scene takes a twist as the camera flashes on Hercules, who is the son of Zeus. Brett Goldstein is playing the character of Hercules. Zeus instructs his son, Hercules to kill Thor. Hercules is always shown as a friendly foe of Thor. The fans can expect to see him in the Fantastic Four as well as Guardians of the Galaxy 3 which are going to be released in the year 2023. 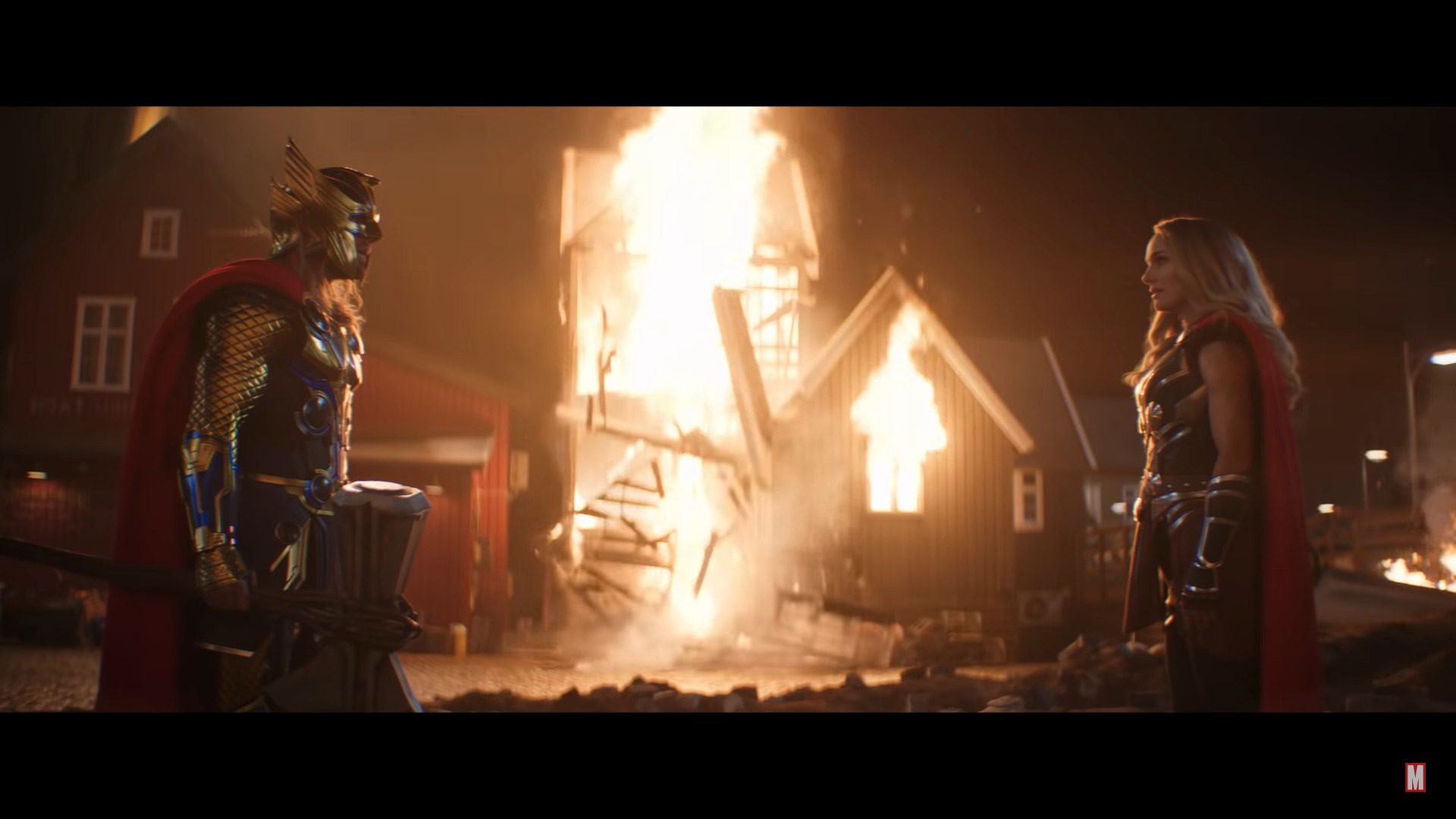 Chris Hemsworth as Thor and Natalie Portman as Jane Foster in the movie Thor: Love and Thunder

What happens to Jane Foster?

The second post-credit scene comes at the very end of the credits. In this post-credit scene, Jane Foster reaches Valhalla. It is the heavenly paradise where the lives of the warriors of the Asgard who were killed in the battle are resurrected. On Jane’s arrival in Valhalla, she is greeted by Heimdall. He warmly welcomes Jane and expresses gratitude for providing a protective shield for his son, Axl. Heimdall was killed by Thanos at the beginning of the Marvel movie, Avengers: Infinity War.

It is the first time in the history of Marvel movies that Valhalla has been shown, otherwise, it was only mentioned in the conversations of the superheroes. Jane and Heimdall roam around the buildings of Valhalla. This could also mean that these are the last moments of Jane Foster that we are seeing and should not expect her to make an appearance in the next Thor movies. Although, we can expect a return of the other Asgard warriors.

This sums up Thor: Love and Thunder post-credit scenes. This movie is packed with adventure and is a must-watch if you are a Marvel as well as Chris Hemsworth fan. In case you dig out for superhero movies, then this one is going to be at the top of your favorite superhero movies. So do not miss watching it!

Also Read: Movies And Shows That You Need To Watch Before Thor: Love and Thunder