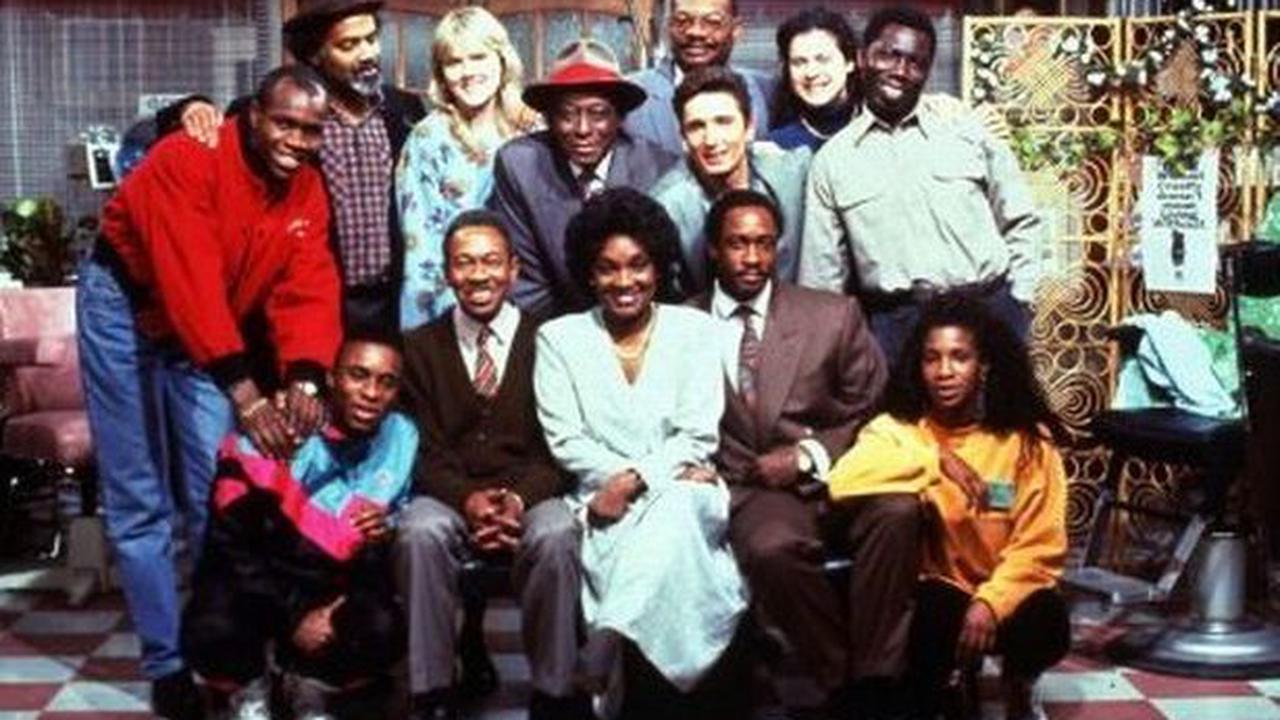 “Desmond’s” i.e. the British TV show dating back to 1989, is one of the most popular shows still relevant from the 90s. Co-written by Trix Worrell, Desmond’s TV show cast members and characters are some of the best in fiction TV. Desmond’s TV show follows the Ambrose family, specifically Desmond Ambrose. A barber by profession, his shop is the place where everyone from the neighborhood gathers to spill and get some tea about the locals.

Along with an intriguing story, Desmond’s TV show cast members were phenomenal as well. Their acting, as well as chemistry with each other, is one thing that keeps calling the fans back for a re-watch session. Now, after three decades, a lot has changed. With the fans thinking about the old TV show once again, Desmond’s TV Show Cast is in the spotlight. 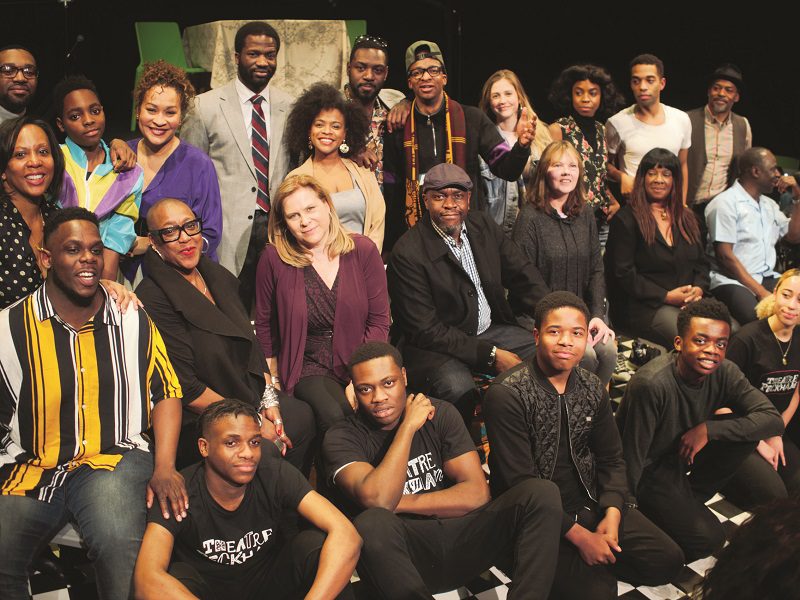 Meet Desmond’s TV show cast members and characters; how they started and where are they now!

The late Guyanese actor Norman Beaton was the leading man in Desmond’s TV Show Cast. He was the owner of the barbershop and wanted to retire and go back home to Guyana for good. Playing the role of Desmond Ambrose in the TV show, Beaton went on to become the most influential and highly regarded black British actor of his time. Before becoming an actor, Beaton used to be a headmaster at Cane Grove Anglican School in Demerara.

He also used to play music with a local calypso band. Coming to London in 1960, he became the first black teacher in the Liverpool Education Authority. Still active as a musician, Beaton went on to join the theater stage as well. While Norman Beaton made his debut with The Forsters, it was Desmond’s that got him all the recognition he deserved. The actor died on 13 December 1994 because of a heart attack. 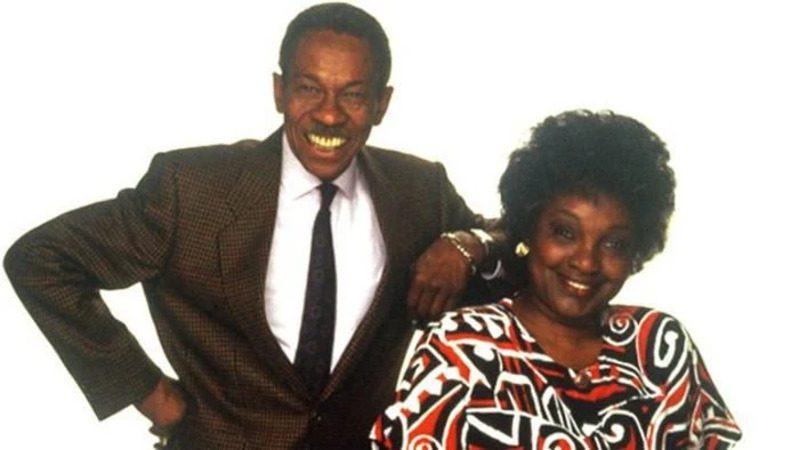 The British actor Carmen Munroe used to work as a librarian before joining the drama club. Making her debut on the West End stage in 1962, Munroe went on to become a part of a lot of well-known shows. Playing the role of Shirley, Desmond’s wife, who refused to move to Guyana. But in real life, the actress did end up moving back home. In 2005, Cameron Munroe received Officer of the Order of the British Empire from the Queen herself.

Other than Desmon’s, the British actor Geff Francis is known for his roles in movies and shows like For Queen and Country, Zastrozzi, A Romance, and Ashes to Ashes. Playing the role of Desmond and Shirley’s elder son, Michael, he worked as an assistant bank manager. 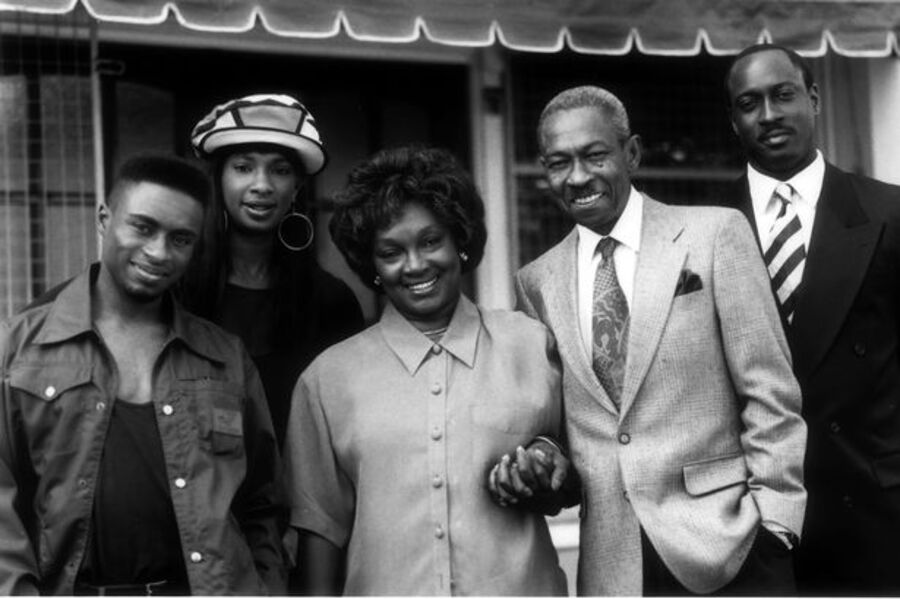 After her role in Desmond’, Kimberly Walker has stayed out of the limelight. While not much is known about the actress, she appeared in a gal-dem magazine video. Kimberly Walker played the role of Gloria Ambrose, the only daughter in the family who aspired to become a fashion writer.

The British actor Justin Pickett has shows and theater plays like The Bill and Charles Smith’s Sentence Deferred. Currently, the actor is working as a musical director for Afterglow blu, an event managing company. Justin played the role of Sean, the youngest child, who eventually went to a university.

Two Gentlemen Sharing fame Ram John Holder played the role of Augustus Neapolitan Cleveland “Porkpie” Grant, a childhood friend of Desmond. His wife, with whom he had two daughters with, left him years ago when she caught him cheating. Soon after Desmond’s came to an end, “Porkpie” got his own spin-off show of the same name. 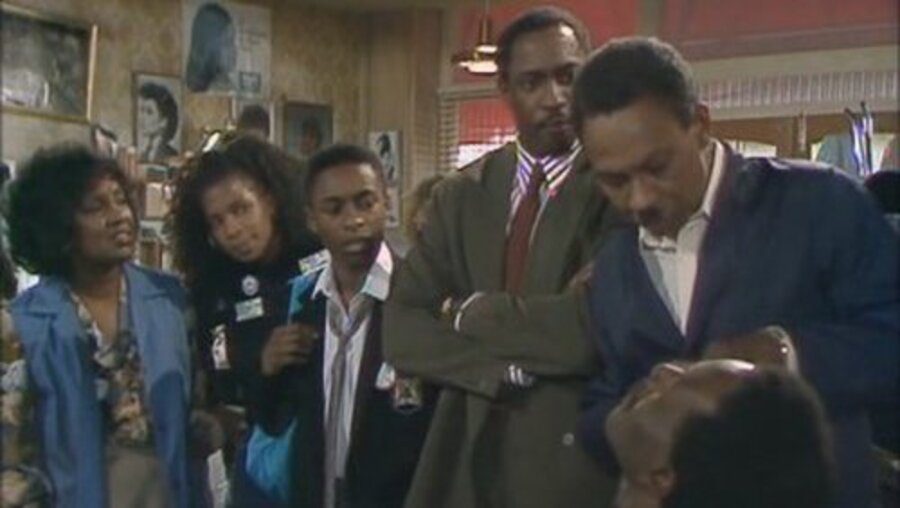 The Dogs of War fame Gyearbuor Asante played the role of Mathew Joffor, an eternal student from The Gambia. He was known in the show for his “old African sayings” that would eventually give others an existential dread by making them think about things.

Currently one of the most popular actors, Dominic Keating played the role of Tony, Desmond’s first assistant barber. As the show came to an end, Tony left the country to work overseas as a hairstylist. As of now, Dominic Keating has been a part of shows and movies like The One Warrior, Sherlock Holmes, Enterprise, Species, Hollywood Kills, and The Immortals.

Hailing from Cheshire, Dean Gatiss played the role of Ricky Flaxman, Tony’s replacement during the show’s final season. He used to live in Gloria’s room after she moved out. The only reason he was working with Desmond was that his father had promised Desmond a favor for supplying an alibi. Not much is known about Dean Gatiss as the actor decided to stay away from the limelight. 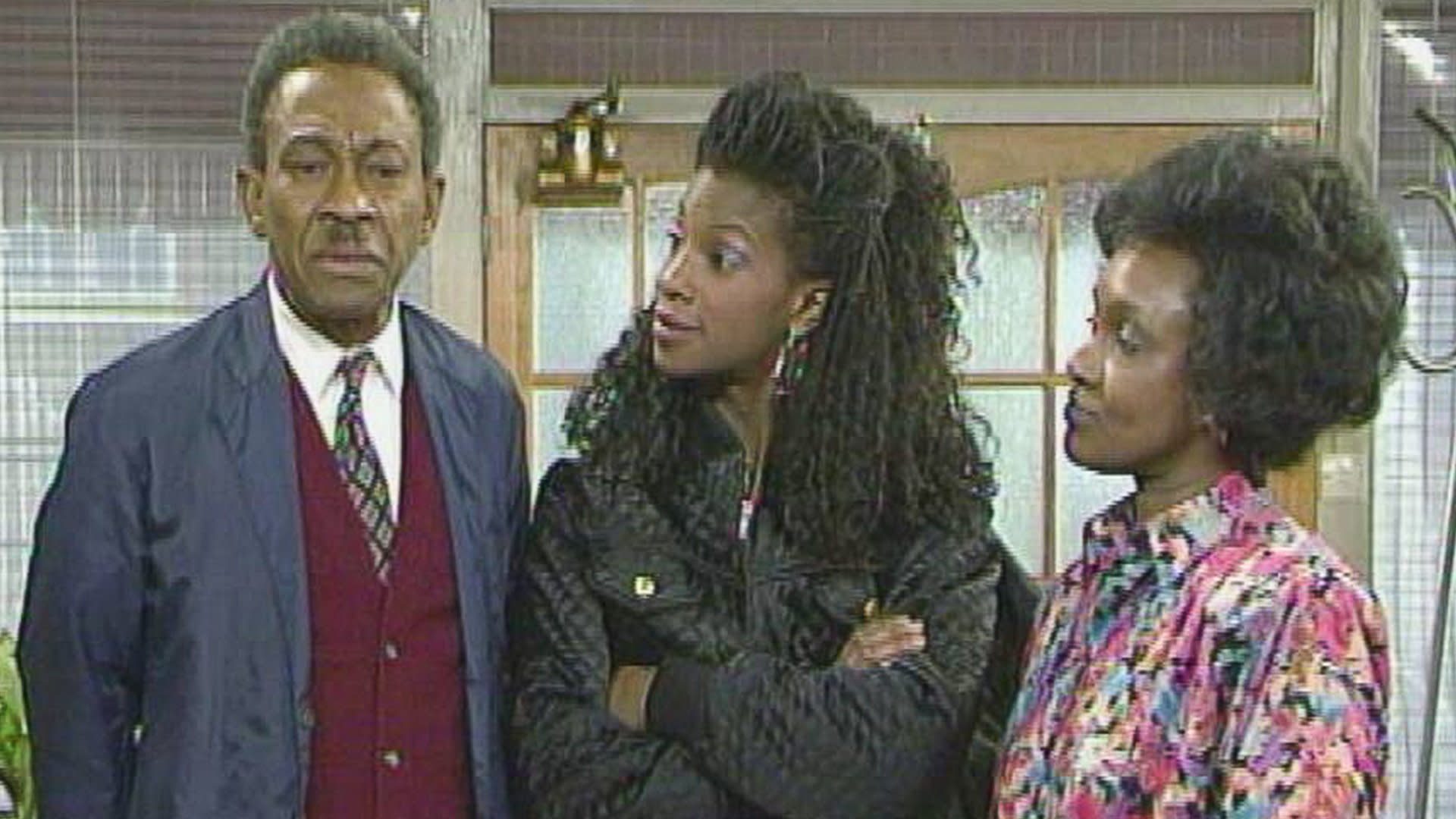 The Crouches fame Robbie Gee played the role of Lee Stanely i.e. “The Peckham Prince”. He was like the local wide-boy wheeler-dealer and the Ambrose used to take care of Lee like their own son. After Desmond’s, Robbie Gee got popular as well. He went on to star in shows and movies like The RealMcCoy, Rollin’ With The Nines, Hush, Snatch, The Firm, Murphey’s Law, and many more.

Playing the role of Louise Dixon, Lisa played the role of Gloria’s best friend. An alumnus of Anna Scher Theatre School, Lisa Geoghan went on to star in shows like What’s Up Doc?, The Bill, Tucker’s Luck, and Big Deal.

Playing the role of Amanda Mosgrove or Mandy, Matilda played the role of Micheal Ambrose’s PA. Falling in love in between, Mandy and Micheal went on to marry each other by the end of the show. As of now, Matilda Thrope has appeared in movies and shows like Porkpie, How to Be a Little Sod, Keeping Mum, The Jump, The Bil, Sick Note, and many more. 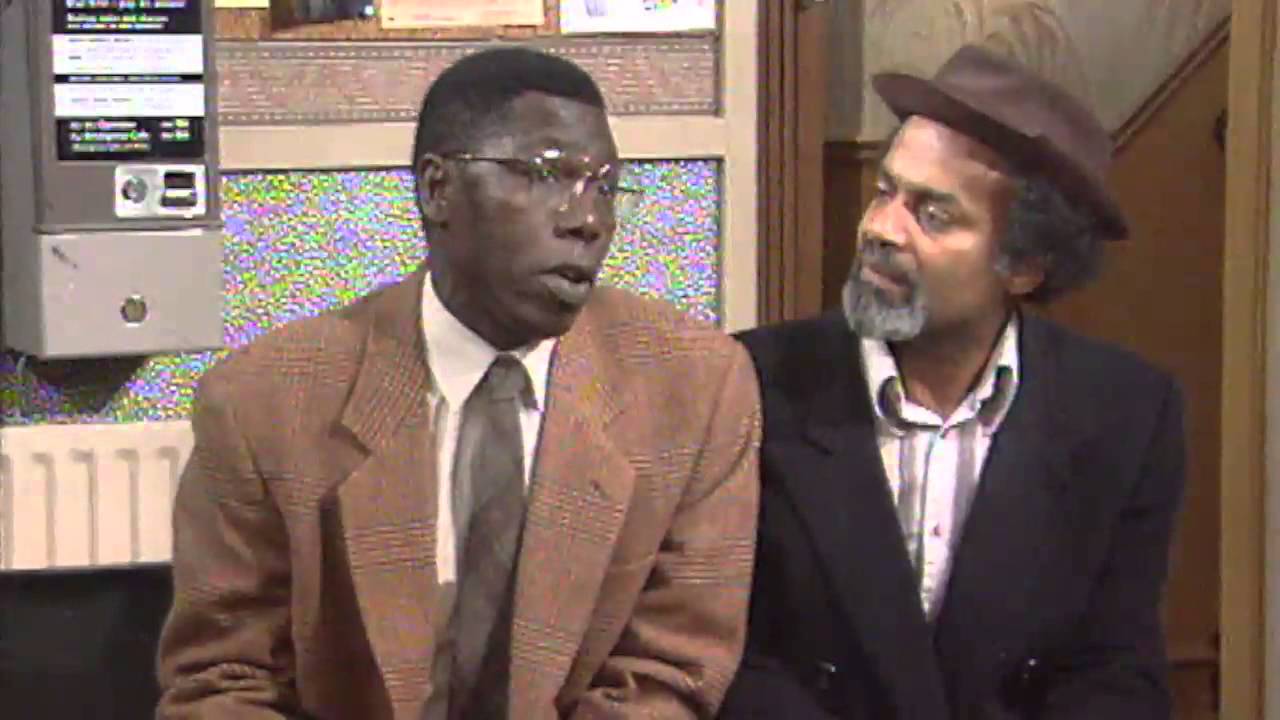 Mona Hammond plays the role of Doreen Wilma Pleshette, Shirley Ambrose’s sister or Auntie Susu. Throughout the shows i.e. Desmond’s and Porkpie, Auntie Susu has an interesting life which includes getting deported, running away from home, and moving countries for love at the start. Mona Hammond died on July 4, 2022. She had been a part of popular shows and movies like The Crouches, Eastlanders, White Teeth, Pure, Kinky Boots, and a lot more.