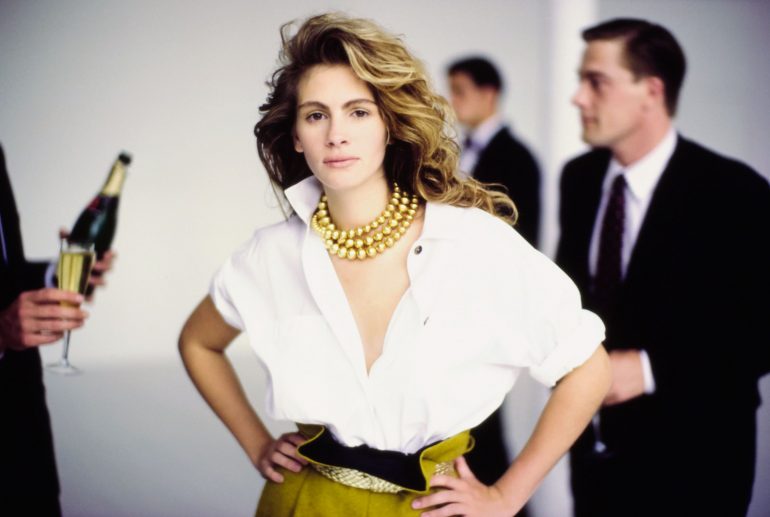 Julia Roberts is, without a doubt, one of the most popular actors of our generation. She is also one of the most talented. Managing to inspire generations upon generations of women and men alike, there is nothing she cannot quite do – from the looks of it. The actor has won multiple awards during her long career in Hollywood and has been nominated twice as many. Love her or hate her; you cannot deny her professionalism, skill, and artistic abilities.

If you are a person that enjoys cinema as much as we do, we are sure that you must have watched a couple of films that feature this wonder woman. If by any chance you haven’t had the opportunity to do this, we would be very surprised indeed. Nonetheless, it is always a pleasure to go down memory lane and catch some of her films – for both her diehard fans and those who haven’t watched many of her films. To get this much called for 2021 Julia Roberts binge going, we have listed down five films that you should watch which feature this actor in the lead. Grab a drink, get yourself comfortable, and we’ll get started right away.

Did you really think we would start this list in any other way? If you did, you thought wrong. This is one classic we do not wish to brush under the carpet, and god forbid – you should not either. There is a right way to do certain things, and Pretty Woman is the right way to begin this binge. This movie made Roberts a household name the moment it came out.

From her incredible performance to the amazing script, everything about the movie was like it was straight out of a rom-com dream. Who would ever forget the classic climax or even the very filmy way in which the two leads meet? It does not really matter if you are a fan of the genre or not – this is a classic piece of cinema in every sense of the phrase, and if you would want to call yourself a film buff, then we suggest you watch Pretty Woman at the very first opportunity you get.

Pretty Woman is a 1990 movie that belongs to the genre of romantic comedy. Apart from Julia Roberts, it also features the very popular Richard Gere in the lead. This is one combination that has proven to be a hit amongst fans for multiple reasons. The plotline of the film revolves around an unlikely romance that blossoms between a wealthy businessman and a sex worker whom he chances upon. The movie was directed by Garry Marshall and is one that will forever be known for its evergreen storyline.

This movie is an adaptation of a book of the same name by Elizabeth Gilbert. It came out in the year 2010 and was directed by Ryan Murphy. The book itself was a semi-fictional autobiography of a phase in author Gilbert’s life. In the film, Roberts plays the lead character of Gilbert, and we can very well say that she had nailed the role.

Ask any female friend of yours who’s ever had a breakup in their lives – they for sure would have watched this movie or at least heard of it in passing. Eat Pray Love prompted many women – young and old – to take life by the horns and do a bunch of traveling of their own. This film is for anyone who is feeling a little lost in their life. With whatever had happened this past year, this would include almost all of us.

The movie will leave you feeling hopeful, with a sense of serenity about you the moment you watch the end credits roll. If you want to watch a film that is intense in a beautiful way and makes you feel all the good things – Eat Pray Love would be it. Not to mention the mind-blowing performance that was delivered not only by Julia Roberts but the rest of the cast too, of course.

This one is another book adaptation on the list. It was originally written by R. J. Palacio, and the movie was directed by Stephen Chbosky of The Perks of Being Wallflower fame. Alongside Roberts, we also see other popular stars like Owen Wilson, Jacob Tremblay, and Noah Jupe in lead roles. The film follows the life of a boy who has a rare facial abnormality. The movie is heartwarming, to say the least.

This is one film that will definitely make you shed a few tears here and there. That being said, Julia Roberts proves once again that she can take any part offered to her and make it her own. With this movie, we see not only her acting prowess but also her ability to complement the skills of the rest of the cast. She truly works along with the characters. She elevates the movie in ways we have never seen another person do. If there is one thing we can vouch for, it is the actor’s skill to make you feel like she was indeed born to play the role. And that, indeed, in her case, is every single role. Don’t believe us? Stream Wonder right away, and don’t forget to have a box of tissues in handy!

This is a movie that is not for everyone. We say this because the themes related to the film and the plotline could potentially be extremely triggering to people who are sensitive to these kinds of issues. But the point of this article is the acknowledgment of Julia Roberts as an artist and an actor- we can very well say that her talent really shines through here. At this point, it would be a shame for us not to note her abilities to work on films that belong to a completely different genre. Versatility is a word we don’t use lightly. So you can believe us to the t when we tell you that this is an actor who is the epitome of versatility. This film will always stand witness to this!

Ben is Back is a drama that came out in the year 2018. It was directed by Peter Hedges, who is also behind the screenplay. The main theme of the film is drug abuse, and this might throw some of the audience off their game. Nonetheless, this film is a great watch if such a theme does not trigger you. The plot is focused on the main character named Ben, who is struggling with drug abuse. The film follows the events that occur after he returns home for Christmas and how he and his family cope with his addiction.

Remember what we told about Roberts’ ability to work seamlessly alongside an extensive cast? This movie proves that statement right once again. Mona Lisa Smile is a film that features a cast that many of us would instantly recognize. This truly is one film that brings on the female representation. We would think that with a film like this, there would not be enough room for any one person to shine through. But this is a false assumption.

While every single one of the cast makes their mark known, Julia Roberts really comes off as the star of the show. With this in mind, it is also important for us to appreciate how this does not overpower the storyline, the aesthetic, or the essence of the film. If anything, it only adds to all of the aforementioned elements. But are we really surprised? This is Julia Roberts we are talking about. We’ve seen her do it before, and we will see her do it again!

This is a film that would be perfect for all the dark academia fanatics out there. The aesthetic is dark, gloomy, and outright perfect. If you ever wanted to see Roberts as part of a DA fiction – this movie will pose as a dream come true.

The movie came out in 2003 and was directed by Mike Newell. It features the following list of actors as part of the main cast:

The movie is set in the 1950s and is on the backdrop of an elite women’s school. When a teacher enters a class of spirited young women and challenges all of their ideals of what they thought a “woman” should be – there arises a series of conflicts that lead them to go on a journey of self-reflection. The movie has undercurrents of feminist themes present and is a great watch for anyone that is trying to get introduced to works that fall under this category.

Read: The Best Korean TV Shows of All Time