In early 2017, The Marvelous Mrs. Maisel first premiered and took the world by storm. Ever since this first stint of the series, fans have been obsessed with it. People had never seen a series approach a plotline as unique as this and somehow turned it into a show that almost every audience can watch. The show had managed to impress not only the fans but also critics just the same. It received one raving review after another in a concise span of time – to nobody’s surprise. The Marvelous Mrs. Maisel currently has secured a three-season run, and the 4th season is right around the corner. Here is everything you need to know about season 4.

The Marvelous Mrs. Maisel: What is it about and who is involved? 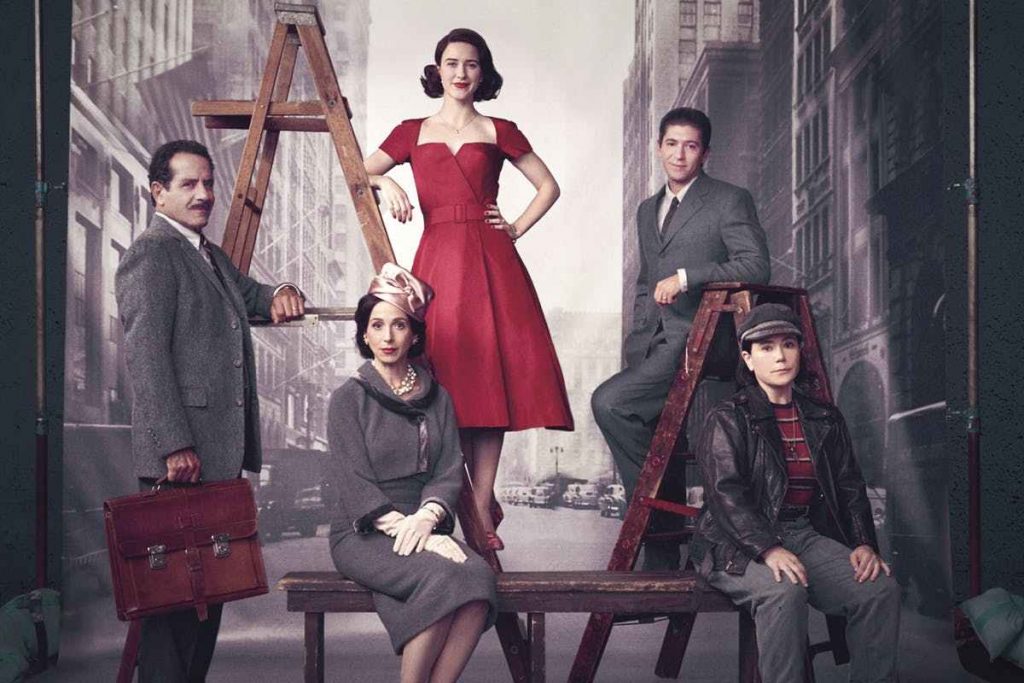 The Marvelous Mrs. Maisel is a comedy-drama written by Amy Sherman-Palladino, famous for her other works like Gilmore Girls and Bunheads.

It is produced by Dhana Gilbert, Matthew Shapiro, Salvatore Carino, and Sheila Lawrence and aired its latest episode in December 2019.

The cast for the show features a list of recognizable artists such as:

The story follows Miriam Maisel in 1950s Upper West State New York. Maisel seems to have everything: the ideal life, a great husband, and two kids that adore her. And for a time, she is content with this slow-paced life of hers.

Everything takes a turn when she is aware of a secret talent that she didn’t know she had: stand-up comedy.

The rest of the show follows Maisel as she navigates her way through the industry, performing in cafes and nightclubs of Greenwich village – away from her comfortable life and family. The show’s final point would be her stop at the “Tonight Show,” but will she make it there?

Season 4 of The Marvelous Mrs. Maisel had been teasing fans for the longest time. The makers have been quite secretive about the new season, but that hasn’t stopped us from getting all the available details through to you!

The Marvelous Mrs. Maisel: when can we expect it, and what will it be about?

First things first, the pandemic had delayed the production of season 4 as it did several other works of entertainment.

That being said, according to Amy Sherman-Palladino, things are about to get back on track very soon. The show’s fitting has already begun, and the cast would be back on set very soon if everything goes according to plan.

However, it stands to reason that we still live in uncertain times, and this little factor might affect the show a lot more than we could have anticipated. It is being discussed that the show might come to an end much sooner than expected as the pandemic does not seem to be easing up any time soon.

As for the storyline of season 4 of The Marvelous Mrs. Maisel, we would expect it to take off where we last saw Maisel in the previous installment.

To take a quick jog through the memory lane, season 3 saw Mrs. Maisel’s career take a massive hit as Reggie fired her. In the aftermath of her set almost outing Shy Baldwin, both her career and the financial situation took a plunge.

Season 4 will potentially take off from here, with the main arc being her bouncing back from this hurdle – if that is ever to happen.

Factoring in all of this, we still do not have a concrete date or any official announcement regarding the premiere of season 4. If the production is to take off in January, we will likely see the show drop in late 2021 or early 2022.

Whatever the final set of events are, it is no secret that we might have to wait a long time before we see Mrs. Maisel do her thing again. But knowing the show and its creators, we are sure that the wait will be totally worth it!

Read More: Upcoming Netflix Titles That You Need To Look Forward to in 2021!

Cruella: Emma Stone to play the Beloved Villain – Everything You Need to Know!

Poker is one of the well-known games that are used for betting. The game uses special skills, and specifically, the...

Dude Perfect Net Worth 2021: Career & Earnings – How Much Does the Group Earns?

So we are right here with answers to all your questions and queries as one of the most asked questions...