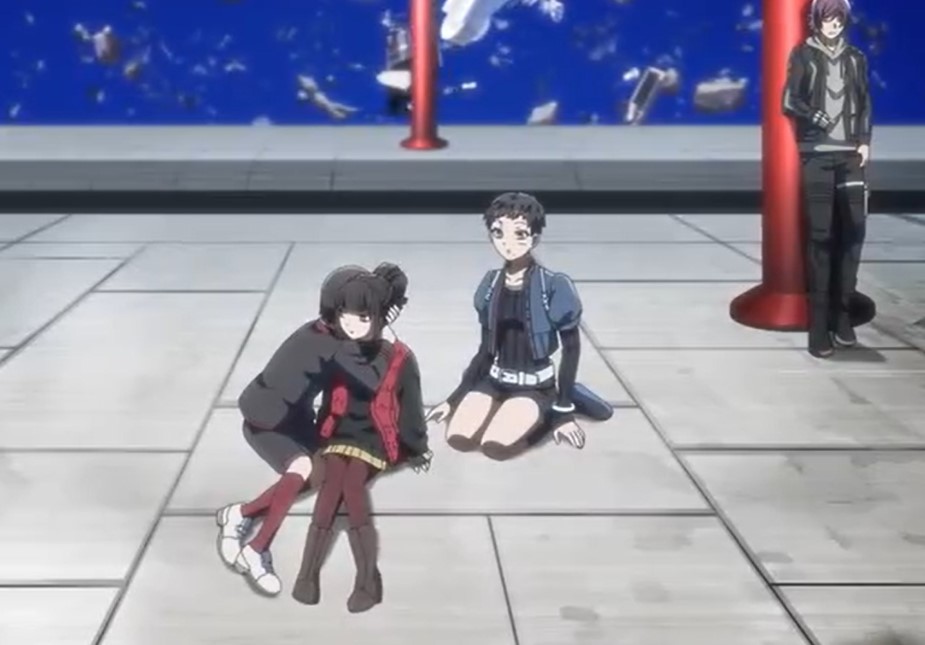 Earlier, Doc reveals how she used everyone after the dreadlocked gorilla died. She also reveals that she is the one who causes Brawler’s death by making a fake operation that opened up when he was fighting with Master. Hoodlum manages to jump on top of Doc and bites her neck until a whole appears. Doc stabs Hoodlum to death but he is happy that the trio will get a chance to escape. Due to the loss of blood Doc also passed away and the trio departure from Kansai station.

Back to the present Swindlers remembers the first day she met with Courier. That day it was in the middle of the night at Kansai South Ward Ordinary Girl finishes her work on time from Kansai Seal Center. She took a bus in the middle of the night going home after she is out of the buy she went to the shop to buy stuff to make dinner. On her way she saves a cat that was about to be hit by a car after she went to grab takoyaki and a man drops a coin. She tried to tell him that he drop his money but the man didn’t look back.

Akudama Drive Episode 12 will be released on Thursday, 24 December, at 9:30 PM JST. Akudama Drive will release a new episode every Thursday make sure to proceed with caution since this post may contain spoiler of the next episode. You watch this Anime officially on AnimeLab and Funimation. Let’s take a look at the following updates below. 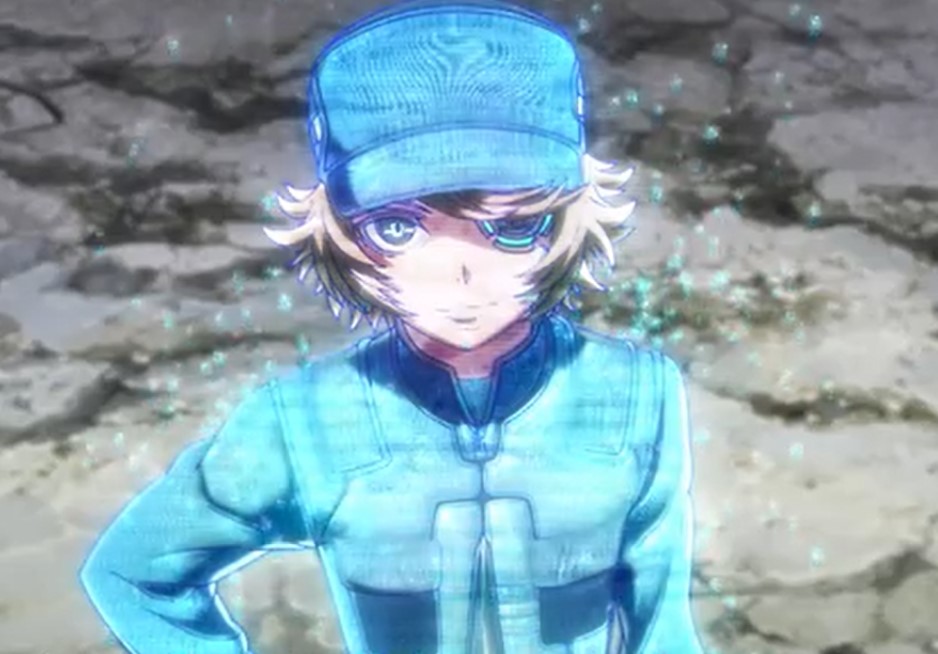 She went to the unknown man to give him his money he went away saying dropped money is bad luck. She went back to get her takoyaki and she finds out they don’t accept seal payment. When she looked at her hand she finds that the dropped money is 500 yen and she wanted to uses it to pay. But she told the old hag to wait for her suddenly she was arrested by the police. Let’s find out what happened to the ordinary girl below.

The Police took the ordinary girl to the Kansai Police station minor offense detention room and the girls kept on asking what she has done. There is a list of Public Execution Cutthroat, Brawler, Doctor, Courier, Hacker, and Sniper are there on the list. Meanwhile, Courir is depositing 5000,000 yen to Kansai Credit Union with the other two gangsters. They told him to take back to Akamaru fighting at Nishinari warehouse it will be their big comeback. They also told him if he messes up he will be dead meat in no time.

They said that they can’t show their face there and Courier starts his bike and hit the road. Before leaving he told them he won’t’ fail his mission Courier uses his powerful bike that has every weapon and it can fly. At Nishinari Warehouse it is Sekimoto’s Gang vs Ryokury Gang they are shooting each other to death.

Courier shows up and they stopped killing each other he delivered what he was sent to deliver and gave it to the right person. When he leaves the building everything explodes and he gets a reward message for 100 million yen. He didn’t know the sender and the message told him to look to his right then he finds a suitcase lying on the ground.

At the Police station all the gang shows up they are surprised to see an ordinary girl who is not even on the Akudama list. Doctor asks  Courier if she is his girlfriend and Courier refuses. They decided that they must kill her the ordinary girl thinks of Akudama and the name Courie then she come up with a name and said she is Swindler. She explained that she is not on the Akudama list because she tricked it. They both decided not to kill her and let her be part of their group.

Later the Executioner manages to survive and the uprising has ended one of the reveals that they have killed the Akudam. The Executioner guy complains that they were not bad and they were normal people. The lady Executioner replies that what has been done. Meanwhile, Swindler has managed to reunite with Brother and Sister and Courier took them to space. Everything was floating in space and Swindler gets hurt by the metal objects.

Brother and Sister were unconscious and she was worried about the two. She manages to wake them up and Sister wipes the blood coming from a scar on Swindler’s face. Brother embraces Sister with worries that why did she run away. Sister replies that she can’t live without him and they are both happy that they are together again. Swindler receives the gift for the Afterlife sent to her by Hacker who is alive on another dimension.

For this upcoming week, that’s all about what the upcoming episode 12 has revealed for us. That is how we end the Episode Finale of Akudama Drive.