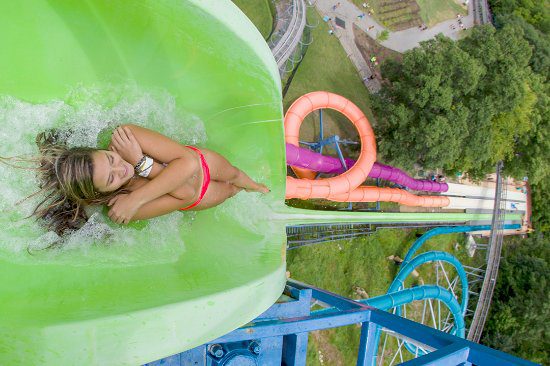 One of the finest ways to experience an adrenaline rush without actually putting yourself at risk is to spend the day at a theme park. Many of us steer clear of activities like rock climbing and skydiving because they carry a risk of death. Even though a roller coaster may cause your pulse rate to increase to a billion miles per hour, we know that nothing as bad as death could happen; believing this, six thrill-seekers entered the Action Park in New Jersey.

Because of the dangers and possibilities for harm that were known, teenagers eager for a thrill with actual risk frequented the area. Six people died there from the time it first opened in 1978 and the first shutdown in 1996, which is when it stopped being enjoyable due to lax construction practices and a lack of safety rules.

In the Vernon Township of New Jersey, a new attraction debuted on May 26th, 1978. For the next 20 years, Action Park, a theme park and water park that quickly gained notoriety for its appalling safety record would call this an inconspicuous US townhome. 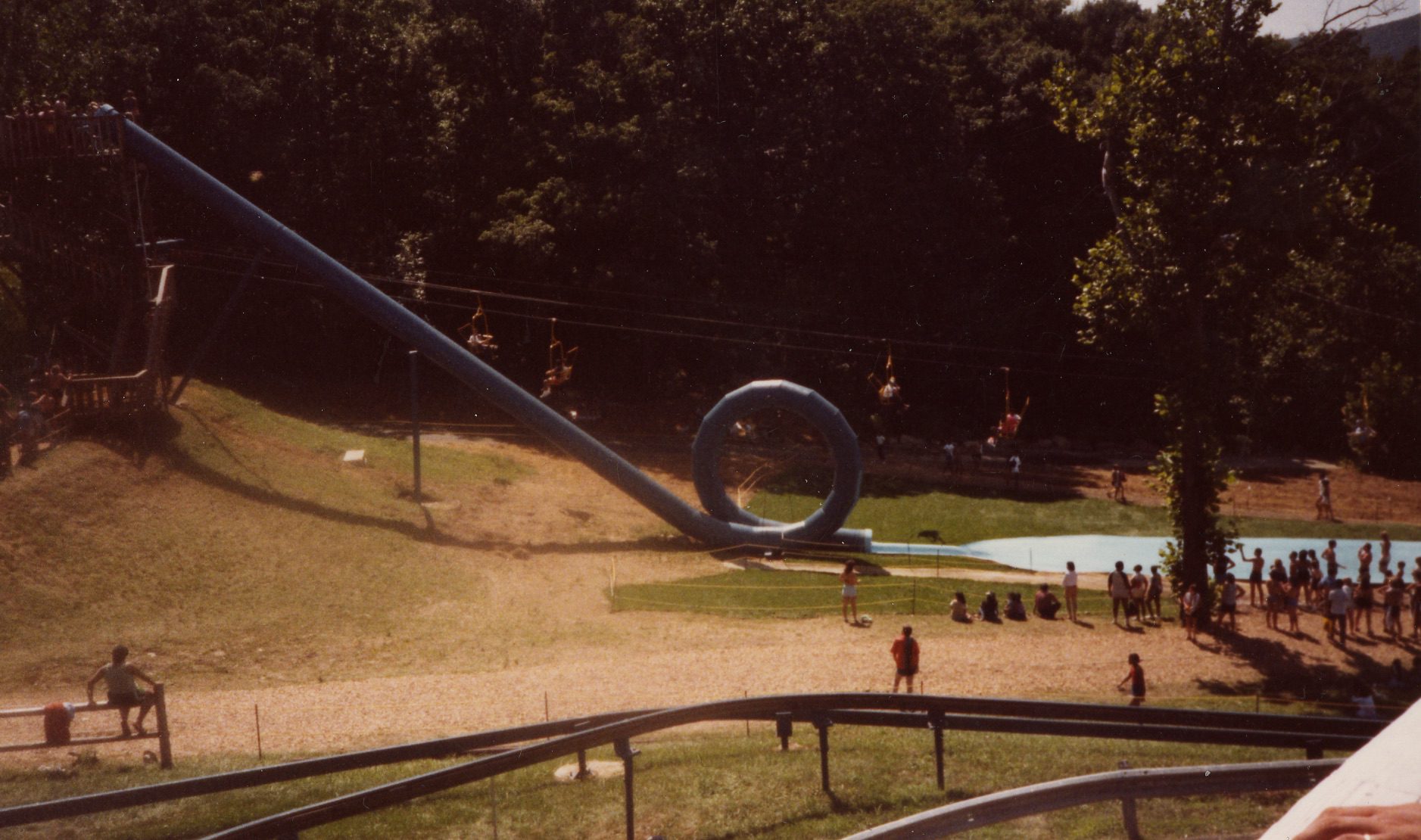 What Caused Six Deaths at The Action Park?

Can you value putting your life in danger? In the 1980s and 1990s, Action Park in New Jersey provided an amusement park adventure like no other on the planet. The Action Park deaths throw a somber shade on the history of the New Jersey park, even if there are undoubtedly many amusing anecdotes about the park’s glory days.
Cannonball Loop

Visitors to Action Park were greeted by the infamous enclosed tube waterslide right away. Dummies were used as test subjects when the slide was first created, and it was discovered that they consistently emerged mutilated. At some point, park creator Gene Mulvihill encouraged his young workers to use the slide by flashing 100 dollars in their direction. Riders agreed, but they had bloodied mouths as they emerged before padding was introduced.

Once they discovered that the previous riders’ teeth had been locked in the loop and were cutting them up, the lacerations that the following riders suffered made sense. People rarely had much room to recover after exiting the slide bruised, bloody-nosed, confused, and unable to stand. 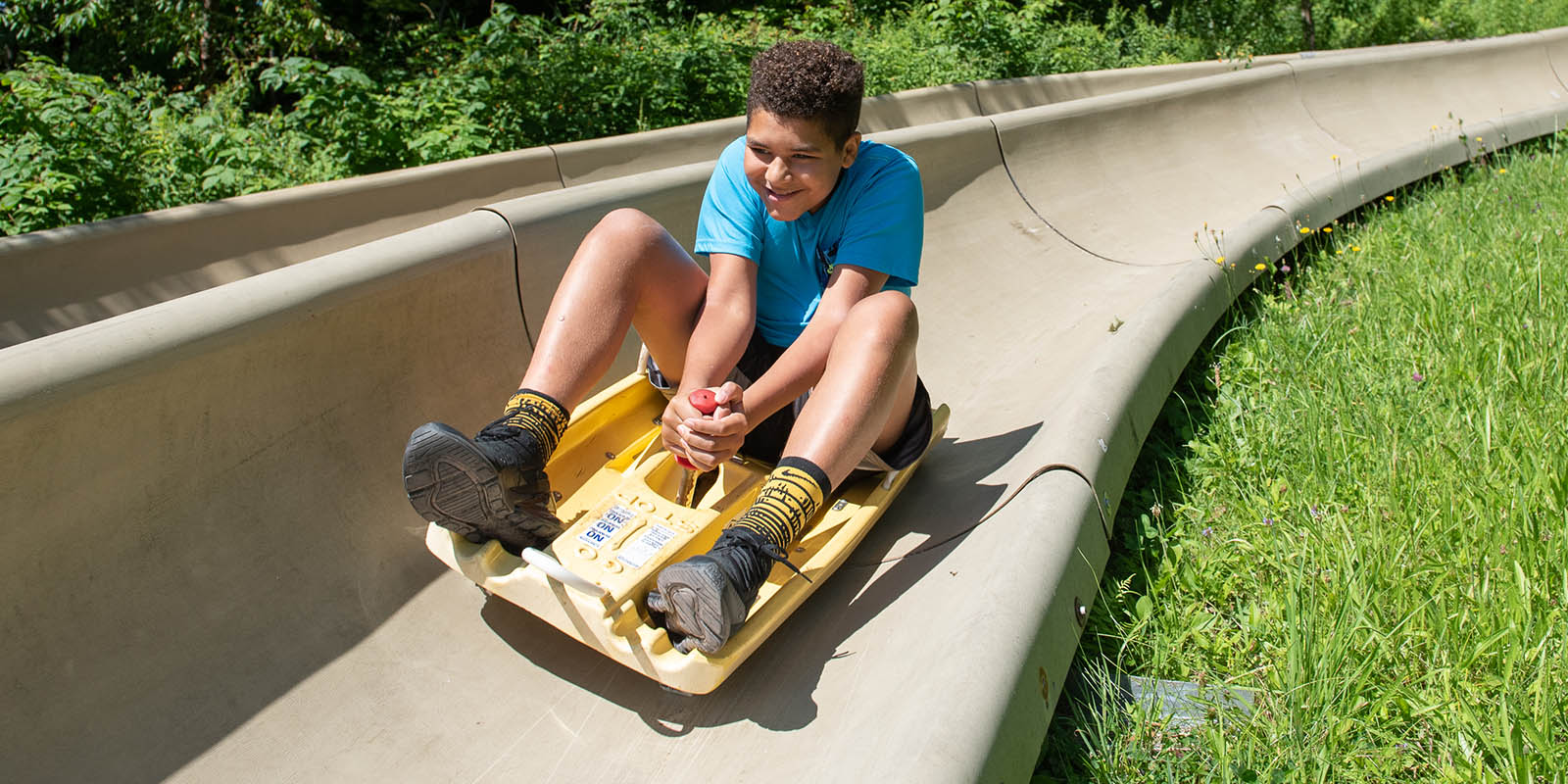 The Alpine Slide or The Skin Ripper

The tragedy of George Larsson Jr. following racing the Alpine Slide is among Class Action Park’s major concerns, and it is perhaps one of the worst and most disturbing of the tragedies at Action Park. On July 8, 1980, 19-year-old Larsson rode the Alpine Slide while exploring the park with a companion. His sled ran off the track because the brake on it had broken. On July 16, he passed away as a result of injuries sustained when he slipped into an edge and struck his head against a rock. Because if Larsson was a staff, Gene Mulvihill, the founder of Park, wouldn’t have had to notify this death to the authorities. According to state records, the Alpine Slide alone caused 26 head injuries and 14 fractures between the years 1984 and 1985.

The Wave Pool Or The Grave Pool

Employees at Action Park nicknamed the Wave Pool “The Grave Pool” since it caused numerous fatalities. Because it was too strong and deep and many people who couldn’t swim dove in regardless, this was the cause. When the water reached shoulder height, or “The Death Zone,” as lifeguards dubbed it, people would grab each other or seek the ladders, which frequently resulted in accidents.

Although lifeguards were constantly on duty and even managed to save a few individuals in a matter of minutes, sunscreen, human faces, and runoff from the human mountain would frequently make the water so murky that it was difficult to identify persons below the surface.
Irrespective of the fact that there were always twelve lifeguards on duty. George Lopez, 15, died at the Wave Pool on July 24, 1982. A guy named Gregory Grandchamps drowned five years later. 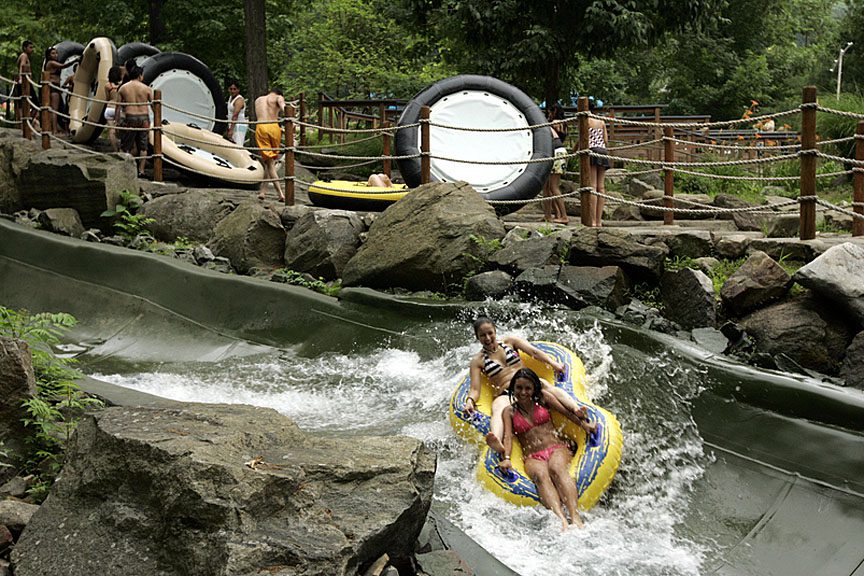 The death of 27-year-old Jeffrey Nathan occurred while he was on “The Kayak Experience,” an attraction that saw 20 boats sail down 1,000 feet of rapids. He stepped on a grate on the Kayak Experience to right it. Underwater fans were what caused these rapids. He received a strong electric shock that caused cardiac arrest when the grate came into touch with or was too close to a portion of live wiring for the underwater fans that had somehow become exposed. Nearby, a few other of his relatives also sustained injuries.

Although the park would not accept responsibility for the death, they questioned that the electric current led to his death, claiming there were no burns on his skin and that they only shut it down since people would be too frightened by it. This ultimately led to the permanent shutdown of The Kayak Experience. 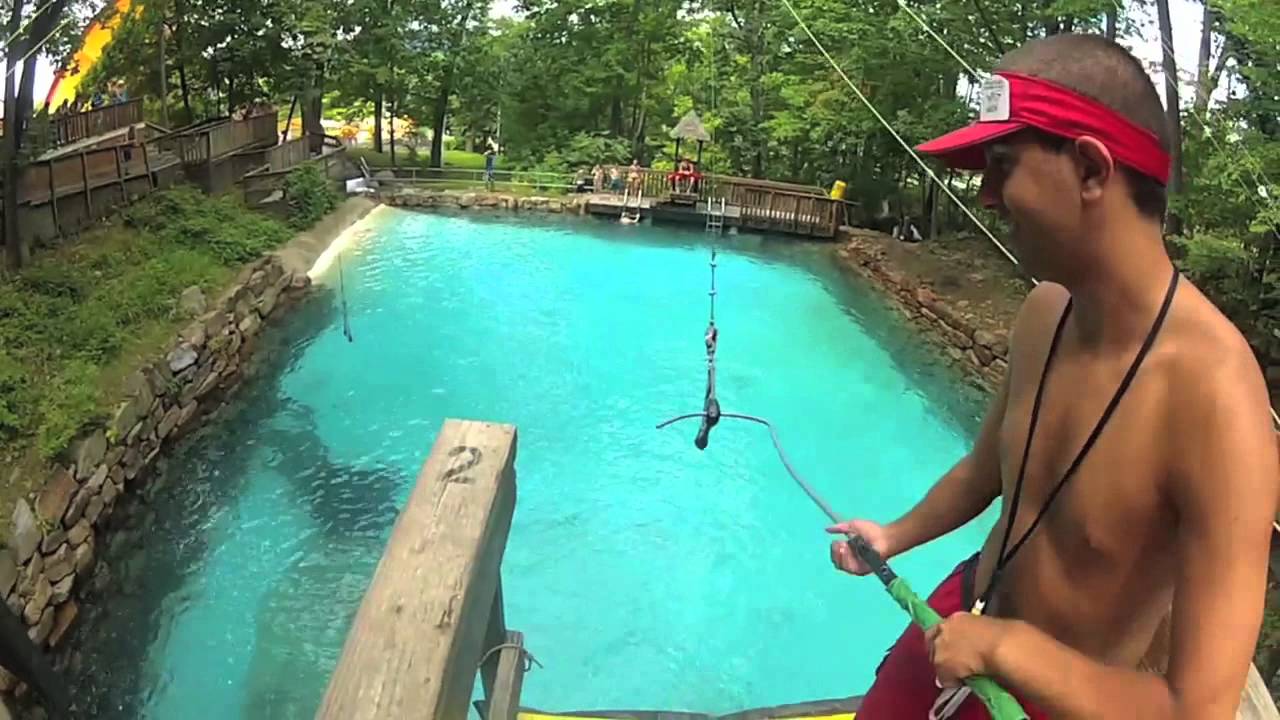 Unofficially, it was claimed that a visitor’s fatal heart attack in 1984 (unknown date) was brought on by the shock of the chilly water in the pool underneath the Tarzan Swing. Other water regions were in the 70-80 °F (21-27 °C) range, more usual for swimming pools, whereas the water on the swing and in that swimming area was 50-60 °F (10-16 °C). In this region, spring water was used to power the Tarzan Swing and the Cannonball ride.

In the Tidal Wave Pool on August 27, 1984, a 20-year-old Brooklyn resident named Donald DePass perished after getting into the 110 by the 50-foot pool when roughly 20 lifeguards were on duty.

After closing in 1996, the attraction reopened as Mountain Creek Waterpark in 2014 with a stronger emphasis on safety. Online, there are conflicting opinions on it. No fatalities have been reported thus far. Some believe that it is simply the half-destroyed structure of Action Park. Of course, their advertisements tout ride security and personnel education, but due to their contentious past, many visitors have shifted to other amusement parks.

One thing is certain: Action Park will endure to rank among the most notorious theme parks in the annals of New Jersey history.