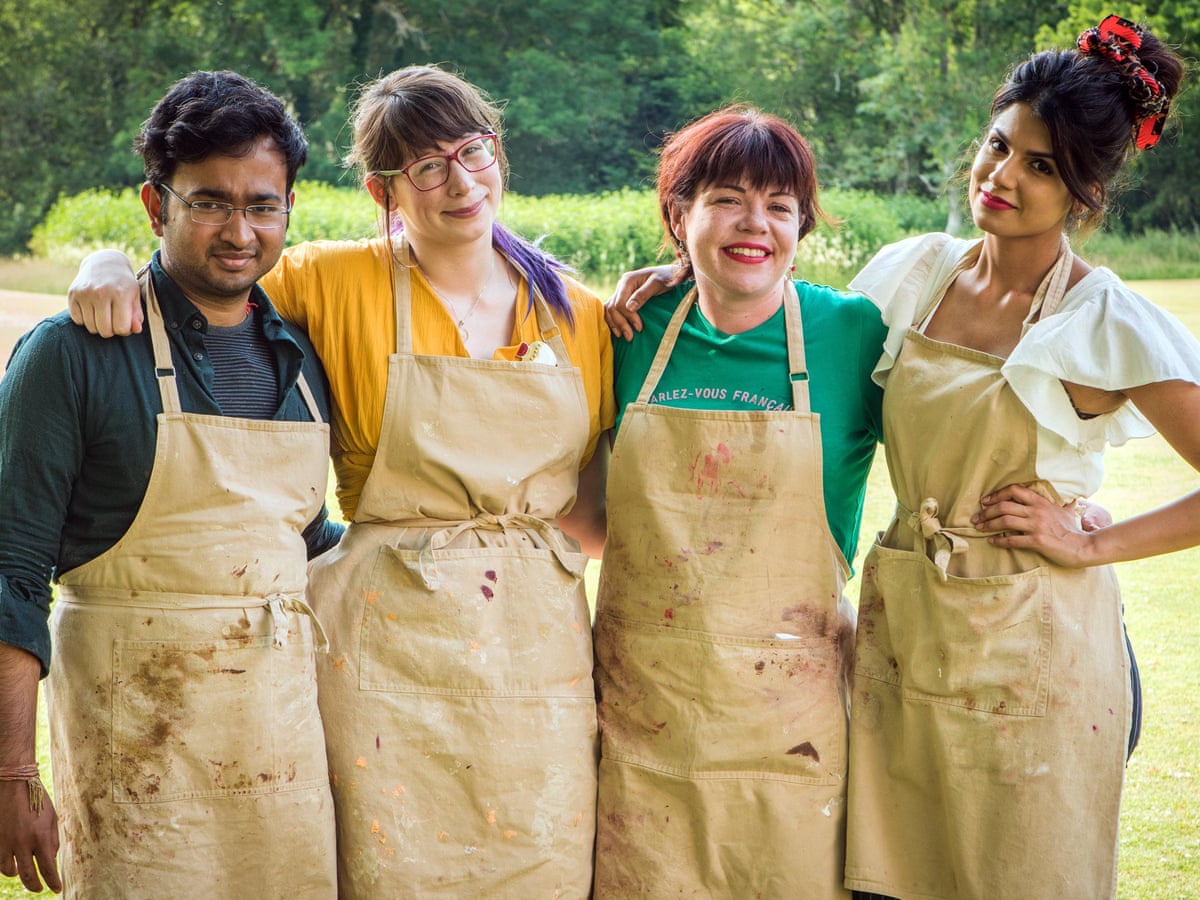 Food is one thing that has always managed to get us through tough times. 2020 has been one bumpy ride, but we at least had the culinary arts to turn to. Another great companion at this point is entertainment. So what happens when you pitch these two together? You get to have a good time, of course! Shows about food are entertaining to watch and help us put our minds off things for the most part.

These shows are the best of both worlds. They are engaging, sometimes hilarious to watch, and sometimes even inspiring. The best part would be the genres they cover – ranging from your classic reality shows to romcoms with fictional storylines. Now, there is a lot out there that you can pick and choose from, and you would be surprised at the kind of things you will find once you start looking. Yet, if you are looking for a few great suggestions to get things started, you are in the right place. Below are 8 shows that involve food which you might come to like. Be sure to check them out as soon as time allows!

This is the anime adaptation of a popular Japanese manga series created by Yūto Tsukuda and Shun Saeki. J.C.Staff created the anime, and it first premiered in September 2015.

The show follows the character Soma, who is a young and upcoming chef. He enters an elite culinary school called the Totsuki Culinary Academy. In there, he soon discovers that he should serve best all of the students involved in cooking battles, and failing to do so will result in him being expelled.

This show is funny, fast-paced, and is for anyone that is into anime and food.

We are happy to let you know that we have final made our way into the realm of reality shows!

The Final Table is for you if you are looking for some intensity and high-strung tension while watching participants whip up amazing meals. The show currently has one season streaming on Netflix and features 12 pairs of chefs who are the best at what they do. They are challenged to prepare a dish from a different country each episode, which will then be judged by some of the industry’s most well-known names. The good reality, TV? We think so too!

3. The Great British Bake Off

If you put hilarity and good baking together, you get The Great British Bake Off.

This show has everything from funny and talented contestants, amazing judges, and ample space for some culinary drama. There is a reason why this is one of the most-watched baking shows in the history of reality television, and you can only know what we’re talking about when you finally get around to watching it. So get on with it and see if your favorite is crowned Britain’s best amateur baker!

Phil is here, and he is hungry!

Somebody Feed Phil is a travel documentary that centers around food, hosted by the popular Philip Rosenthal. If you’re wondering where you’ve heard the name before, it is probably connected with the hit sitcom. Everybody Loves Raymond, which Phil is the creator of. Watch Phil as he trots around the world trying to find food that would satiate his palate while giving you entertainment that would satiate yours! For Phil and his creation, this is a must-watch show about food, travel, and more.

If you’ve not heard of Anthony Bourdain before, we have one thing to ask you: which rock are you living under? Can we come?

This rockstar chef-writer-food critic is popular for a lot of things. One of these is his reality show, Parts Unknown. Having had a run-time between 2013 and 2018, this show charms its way into your heart, much like Bourdain. You get his classic dry humor and all of his knowledge of food and the world. With a few unpopular Bourdain opinions added to the mix, you get a very well rounded experience. Stream the show immediately if you haven’t already!

Did we tell you how much we miss Bourdain? Because we really really do. Before Parts Unkown came to a show that made Anthony Bourdain a household name. You’re right; we’re talking about No Reservations.

This wouldn’t really be a list of shows about food if it didn’t feature this classic. Having first premiered in 2005, the show became an instant success and is probably one of the best ones out there. It could even be one of Bourdain’s best works if we could say so ourselves. If you are looking to get started on this list at some point, we highly recommend you begin with this one right here.

You have it right there in the title, folks!

The chef is one of those films that are so good that you wonder why more people aren’t talking about it. Featuring Jon Favreau, the movie made cooking look rock and roll. For those of you that didn’t already know, star chef Roy Choi had collaborated with Favreau on the film to make it what it is today. What if we told you that you could catch the duo in action once again? That’s right; these fun people have crossed paths yet again to bring you The Chef Show.

The Chef Show is everything you would want a show of this kind to be. It not only already features two of our favorite culinary and cinematic heroes, but the duo also invites many of their celebrity friends on here to give us all that we deserve but didn’t know we need.

Directed by Andy Luo, the series features star Wu Kang-ren, Ivy Shao, and Ben Wu in lead roles. The plot revolves around a high profile chef who falls in love with a woman who owns a popular food stall that is extremely small and low-key. After taking her on for an apprenticeship, he soon realizes that he is in love with her, allowing their romance to blossom.  But much like a lot of other love stories, tragedy is lurking right around the corner. Will the couple make it? You will have to watch to find out!

And with that, we give you a list of eight shows about food that we believe you will come to love. Hey, please don’t ask us how we’re so sure; we really do know you. The list features show from different time periods, spanning across various genres because you deserve a channel of entertainment for every one of your moods. Grab a bite to munch on while you get streaming. Happy holidays to you!