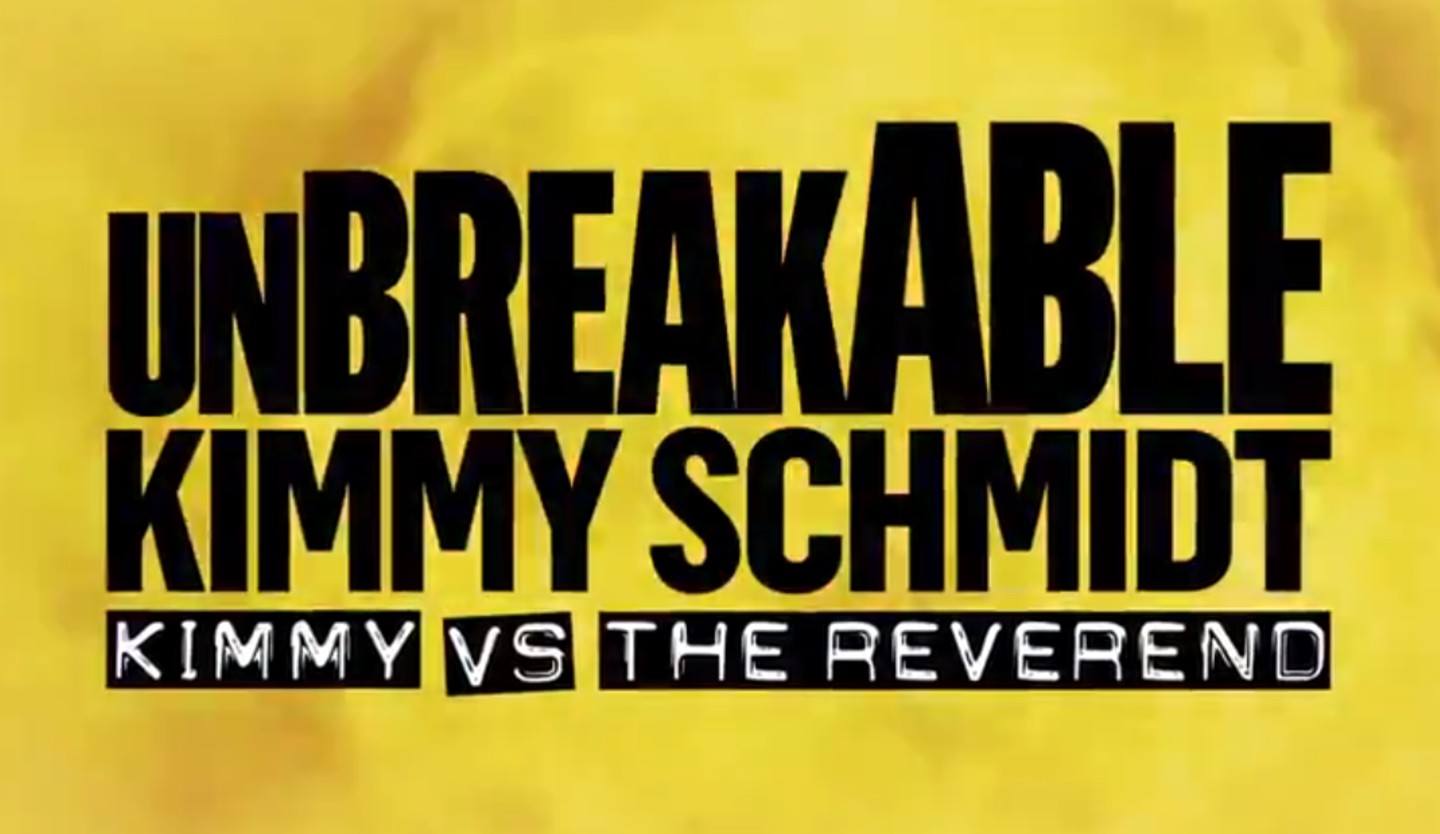 Kimmy vs. The Reverend is directed by Claire Scanlon, written by Fey, Carlock, Sam Means, and Meredith Scardino. Kimmy Schmidt graced our screens in this special episode that was announced a year ago. This wasn’t an ordinary episode, for it was an “interactive special”–kind like Netflix’s Bandersnatch. What that means will be discussed down below. So yeah, Kimmy Schmidt graced our screens with a follow-up after the finale episode. An interactive special may seem like an odd idea, or really really gratuitous. It’s harder to justify such an episode. Our first thought was, “Why?” But here’s the thing–such an episode can be really interesting if they know how to execute it. And thankfully, Unbreakable Kimmy Schmidt: Kimmy vs. The Reverend saved grace.’

Unbreakable Kimmy Schmidt is created by Tina Fey. It is an American web series that first aired in 2015. The show ran for four seasons straight, after which it was announced that the show would return with an interactive special. Before we move further to discuss this interactive special, we’ll briefly talk about Kimmy and her life thus far. The woman rescued herself from a doomsday cult in the Durnsville, Indiana. Kimmy was held by Reverend Richard Wayne Gary Wayne for fifteen straight years. And when she finally did manage to rescue herself, the world around her had changed so damn much. Kimmy was seen as the gleesome 29-year-old who’d found freedom and a second chance at life, post her abduction.

With that out of way, let’s do a ball-by-ball commentary of Kimmy vs. The Reverend. The show is known for its bold and fearless storytelling. You’d find the humor odd or a bit too dark, but fast-paced. The narration is pretty great in this episode, as it was in the rest of the show. One of the best things about the structure of this storytelling is that it doesn’t break from the previous immersive storytelling approach. The carefully nuanced jokes are a reminder of the series we waved goodbye last year. Hence the follow-up becomes a perfectly harmonious episode, even with its minor digressions. A separate debate on those to follow below. 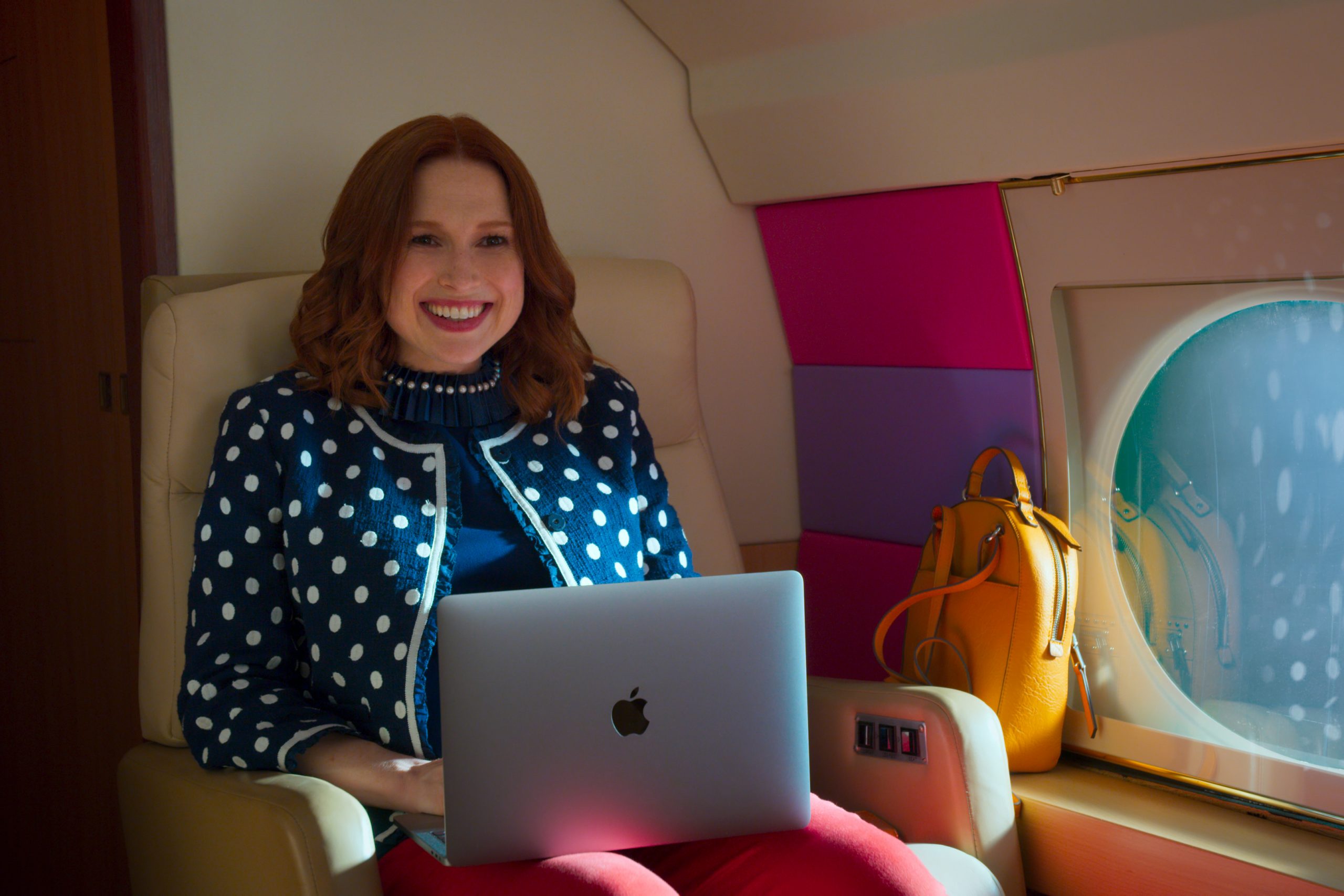 Kimmy vs. The Reverend is such a brilliant ode to Kimmy’s life. As she steps into a more serious world of responsibility, she accepts fully who she is. This follow-up is more than just a love story, with Daniel in the picture. We think it gracefully ties the loose ends of Kimmy’s chaotic life. One of the things that we feared in 2019 was that Kimmy would never be fully able to accept who she really is. But that wasn’t how it was supposed to be. Kimmy did come to terms with what her independence meant, adjust to the ups and downs of the real world, get a decent job, and prepare for what’s lies ahead of her.

Kimmy and Prince Frederick (Radcliffe’s character) were supposed to tie the knot. But before that could happen, she rushed out to help fellow victims of the same misfortune that met her years ago. And so, Kimmy left her life behind to go save someone else’s. There are girls entrapped by a reverend across the country. The easier choice would be to settle for a wedding at this point. But that’s not the Kimmy that we knew. She chose the rescue mission, not as part of her allure but as an ode to her curiosity. The Prince better wait for her, as she sets out on a cross country mission to do some saving.

Kimmy is a romantic at heart, we know. And Prince Frederick offered her a life of comfort and security and safety and all. But we damn near know that Kimmy needed her closure from the Reverend. Although season 4 did a pretty great job with her and the Reverend, there were details not explained, yet.

Coming back to the love story part and the palpable chemistry between Ellie Kemper and Daniel Radcliffe, Ugh. How we wish we’d seen more of Prince Frederick. The romance is one of the greatest things to have happened to Kimmy. They do recognize the differences in their upbringing and their past, but that’s where their strength lies. They balance out each other very well. And on a fundamental level, they are both kind and benevolent.

Since it’s Kimmy vs. The Reverend, it was outrightly clear that Reverend Richard Wayne Gary Wayne (Jon Hamm) would make an impactful presence as Kimmy’s formidable enemy. With that, the supporting cast of Titus, Jacqueline, and Lillian all came into play.

It starts with a few days before her wedding when Kimmy finds an old choose your own adventure book from her days as an abducted. Sooner she discovers that the book isn’t hers at all, but it is a keepsake from another girl, who may or may not be in a bunker somewhere. So Kimmy and her cohorts set out on a hopeless pursuit of something they don’t even know about. 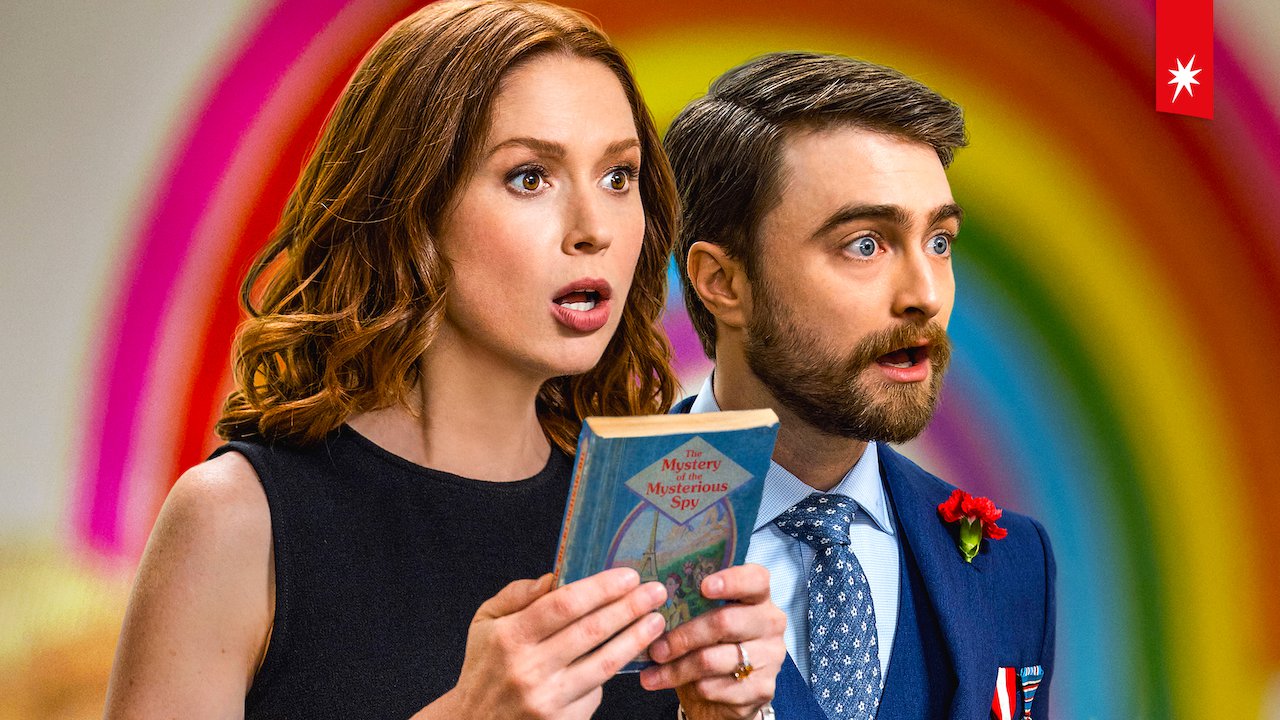 Unbreakable Kimmy Schmidt: Kimmy vs. the Reverend’ Interactive Special to air on May 12.

There are hilarious jokes, breaking-of-the-fourth-wall humor, gags and storylines that remind you of 30 Rock kind of storytelling. And of course, there’s the core element of interaction that you as a viewer decide on how to go about. If you are tuning in to the episode, might we remind you that interactive technology still isn’t compatible with Apple TV. If you access but in a computer browser, the interactivity and user experience is fine. So the narrative is guided by your choices, that you make while playing.

Special mention must be made of Radcliffe’s ability to become an integral part of the show. It seemed as if the boy was always around. As for other cast members– Burgess, Krakowski, and Kane are all interactively good. There are some surprises there, as well. For every option that you chose, the outcomes are different, of course, but Kimmy’s allure as a kind person is maintained each time.

Unbreakable Kimmy Schmidt: Kimmy vs. The Reverend premieres May 12 on Netflix.