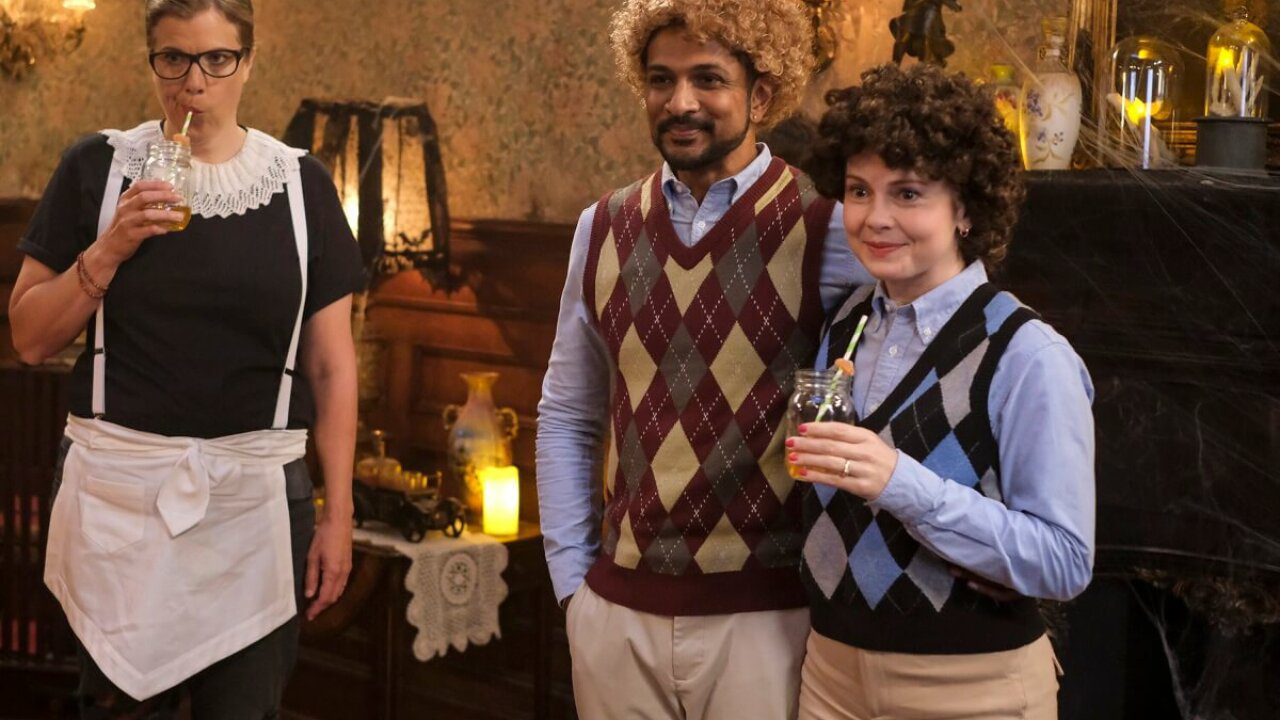 Ghosts Season 2 Episode 6 release date is quite soon. The series focuses on Samatha and Jay, who is currently living in New York. The two think that they have finally achieved their dream of inheriting a beautiful country home from a distant relative of Sam. Later, the duo finds out that this place is haunted by ghosts.

These souls are bound to the property because they have died on it. The fact is that they will be seen here till they attain access to the afterlife. Jay is obviously not able to converse with the ghosts, but Sam can. It is because she has previously been in a life-changing, near-death experience which could haunt anyone in life.

Back in Ghosts Season 2 Episode 5, titled Halloween 2: The Ghost of Hetty’s Past, we see that Jay is getting to host a last-minute Halloween party at the country home. Their new neighbors have expressed their wishes to attend the Halloween party of Liam Neeson, and thus, Jay decided to throw one of his own. Now, the party at Arondekar’s is quite dull.

Thus, the ghosts tell Sam to have a seance night with their guests, and they will take care of the rest. What they do is bring back Molly, the maid of Hetty, from the afterlife. She was actually also her husband’s mistress. The other guests had to leave, and before Hetty could do so, Sam trucks her into a ghost-proof vault along with Molly. She wants them to resolve their issues. 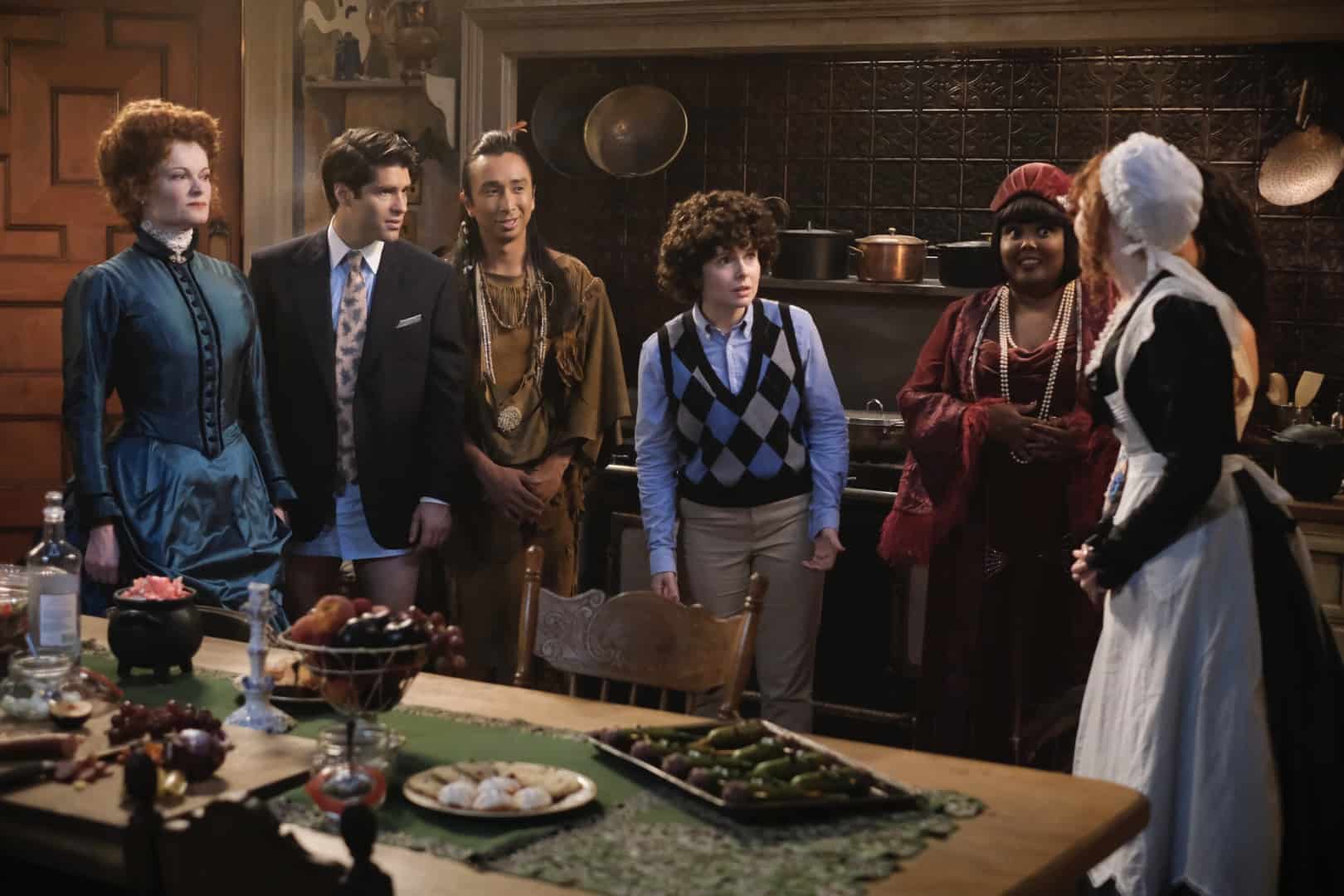 Later that day, one man passes through Isaac, and this is enough for him to smell his stench. Turns out that it was not he and Pete who was the source of this smell, and thus, he reveals the same to Nigel. Also, while shutting the door, Flower completely forgets that Sam is inside, which ultimately locks her in.

Jay soon comes to a realization that it was because of a feather duster that Molly could be brought back from the afterlife. This was the same that Ally borrowed for her maid costume from the Neesons. Thus, he rushes back to their home to fetch the artifact. While he is still searching for Sam, Jay fogs a mirror. Now Trevor can help him find out where she is by writing in the mirror.

Although, Trevor does not write a complete message, and thus, Jay gets it all wrong. Isaac comes in to help and passes through Jay so he can smell his stench and use it to completely understand the message. By the end of the episode, we saw that Molly and Hetty had finally made up. Thus, Molly goes back to the afterlife by using a reverse seance method.

Ghosts Season 2 Episode 6 release date is on the 3rd of November 2022. The episode is titled The Baby Bjorn. It will drop out on CBS at 8:30 PM Eastern Time. New episodes are released every week on Thursdays.

How to Watch Ghosts Season 2 Episode 6

Ghosts Season 2 Episode 6 can be watched easily when the episode airs on CBS. We have mentioned the date and time for you guys. Later, these episodes can also be streamed from the official streaming service of the channel called Paramount Plus.

The platform costs just 4.99 dollars as its basic subscription plan. The higher version is staked at 9.99 dollars a month and does not show any ads. You can also buy a bundle plan with Amazon prime Video, which will give an additional seven days as a trial to all new users.

Ghosts Season 2 Episode 6 is titled The Baby Bjorn. In this episode, we will witness Sam meeting with a Viking Ghost. They are present at the property of the Farnsbys. Turns out that this Viking ghost has an unlikely connection with Thorfinn. Later, we will see that Trevor has come up with a new plan for the ghosts to trade favors with the humans.