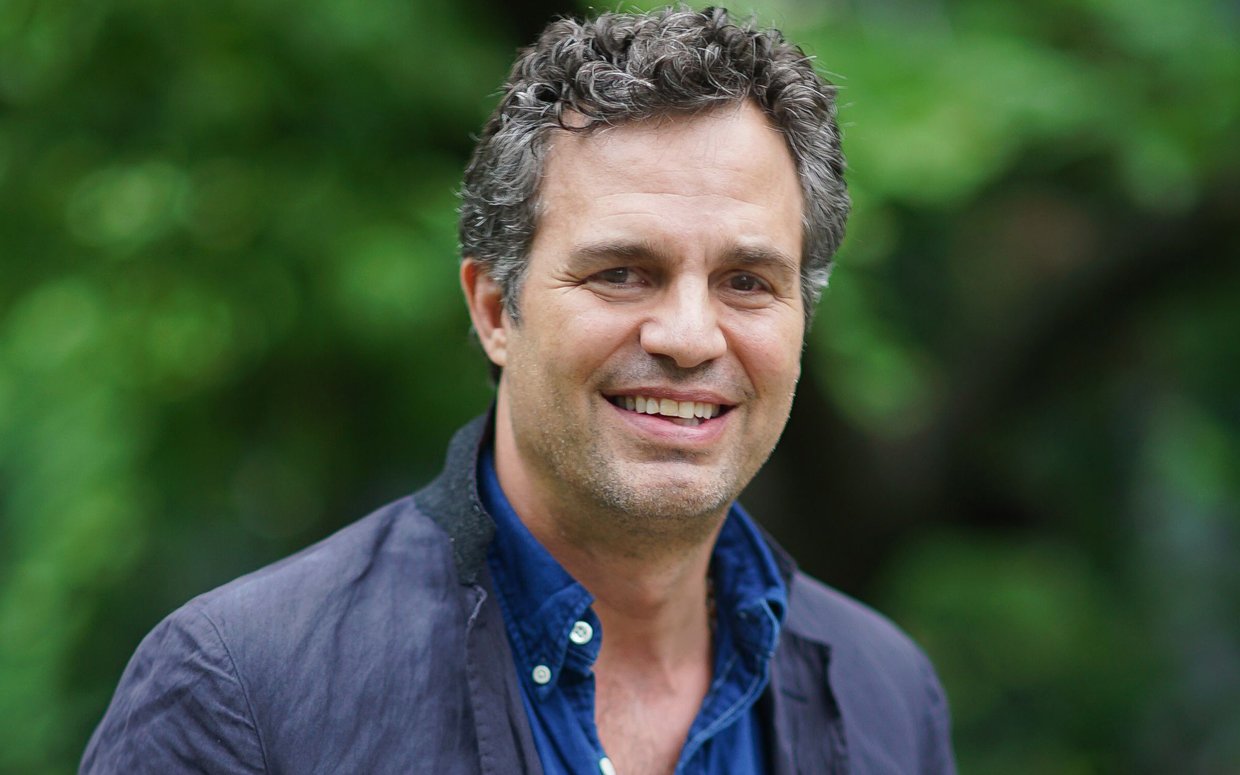 Mark Ruffalo is one of the finest actors that Hollywood has ever known. He’s probably the only actor without a middle name and who uses his name as is to perform in the movie. Ruffalo is an American actor, though he produces movies as well. Mark’s first major recognized work to this day is in Kenneth Lonergan’s play This Is Our Youth. It was done in the year 1998. Whereas when it comes to films, Mark’s first major work was in the drama You Can Count On Me.

Mark did his fair share romantic comedies such as 13 Going on 30 and Just like Heaven and the thrillers Zodiac. It was then followed by Shutter Island. For his work in Broadway, Mark was awarded the Tony Award nomination for his supporting part in the revival of Awake and Sing! And along came his Avengers franchise.

Mark earned international recognition for playing Bruce Banner / Hulk in the Marvel Cinematic Universe superhero films. He started with The Avengers in 2012, then there was Avengers: Age of Ultron, Thor: Ragnarok, Avengers: Infinity War and Avengers: Endgame in 2019. Mark’s recent role in HBO’s drama, I Know This Much Is True. It remains to be one of the highest-rated dramas on HBO to this day. Mark had to go intense training to be able to fit in the description of his character.

If you are wondering, Ruffalo has gained Academy nominations for Best Supporting Actor for playing a sperm donor in the comedy-drama The Kids Are All Right, Dave Schultz in Foxcatcher, and the investigative journalist Michael Rezendes in the drama Spotlight.

Here are Mark’s ten best roles according to Rotten Tomatoes. 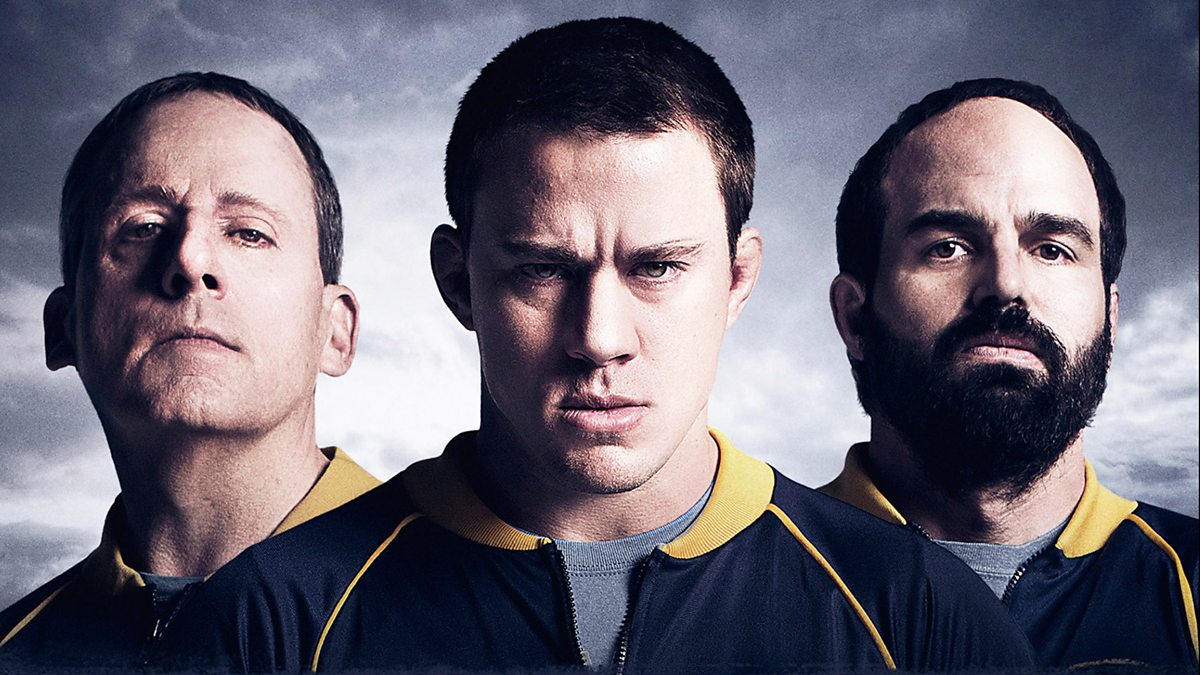 This film is centered around the tale of three men (Steve Carell, Channing Tatum, and Mark Ruffalo), one of which is Ruffalo who plays the ex-famed Olympic wrestler, Dave Schultz. It is the story of when the multimillionaire E.I. du Pont family heir and wrestling enthusiast John du Pont’s recruited two 1984 U.S. Olympic gold medalist wrestlers, Mark Schultz and his older brother David, to help coach U.S. wrestlers for Olympic competition. After this,  David Schultz in January 1996.

Foxcatcher is produced and directed by Bennett Miller. It was nominated for five Oscars at the Academy Awards, Carell received a Best Actor nomination. There as also a Best Supporting Actor for Ruffalo, and Best Director for Miller. 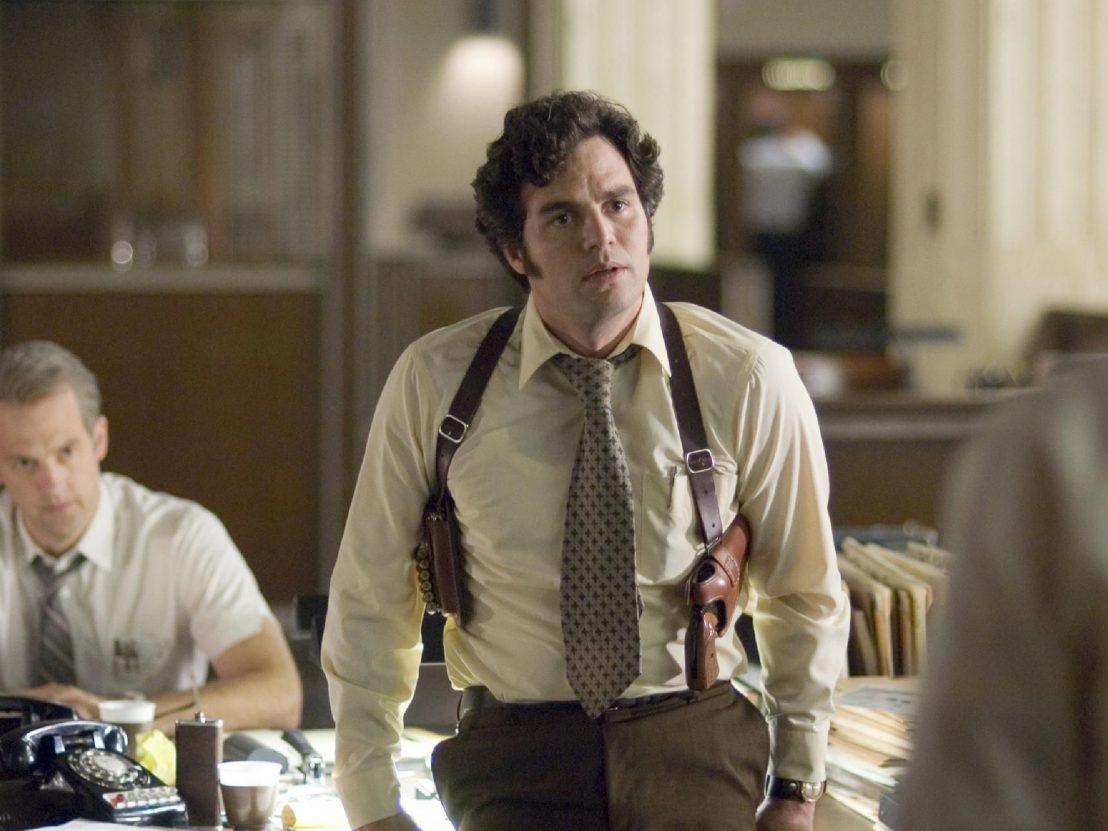 A classic David Fincher movie, Mark stars as a real-life detective in the movie.

James Vanderbilt has done the screenplay for Zodiac which in turn is based on the 1986 non-fiction book of the same name by Robert Graysmith. The plot is centered around the manhunt for the Zodiac Killer, who was a serial murderer who terrorized the San Francisco Bay Area during the late 1960s and early 1970s. 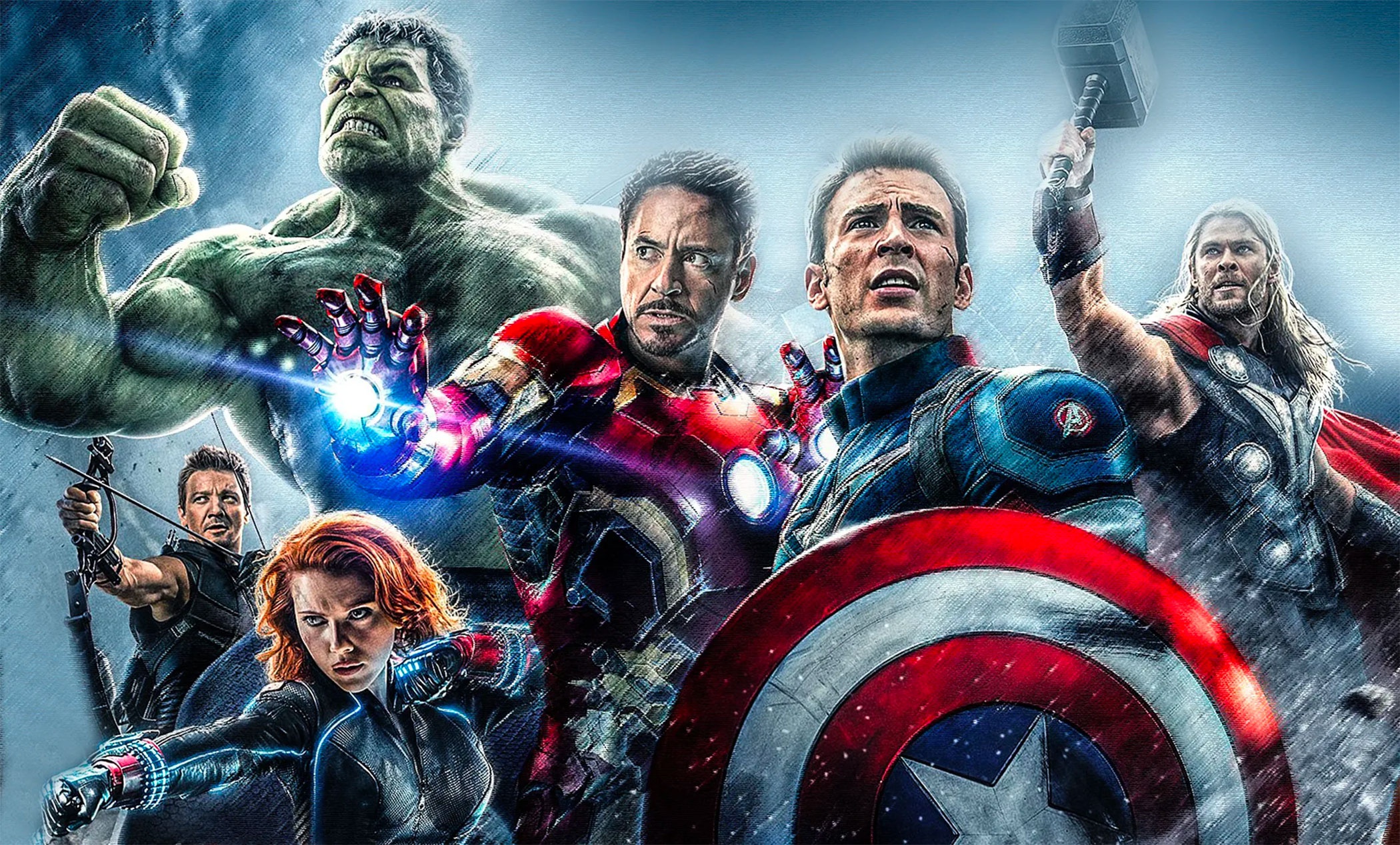 The Avengers is a 2012 American superhero film based on the Marvel Comics superhero team of the same name.

This movie remains the most favorite in the hearts of Marvel fanatics. It is the sixth movie, in the Marvel Cinematic Universe chronology. Mark Ruffalo played the character of Bruce Banner/aka The Hulk. Ruffalo shined in the role of the meek scientist and his angry alter ego. Ruffalo was introduced in MCU in The Avengers movie. He replaced Edward Norton from 2008’s The Incredible Hulk. 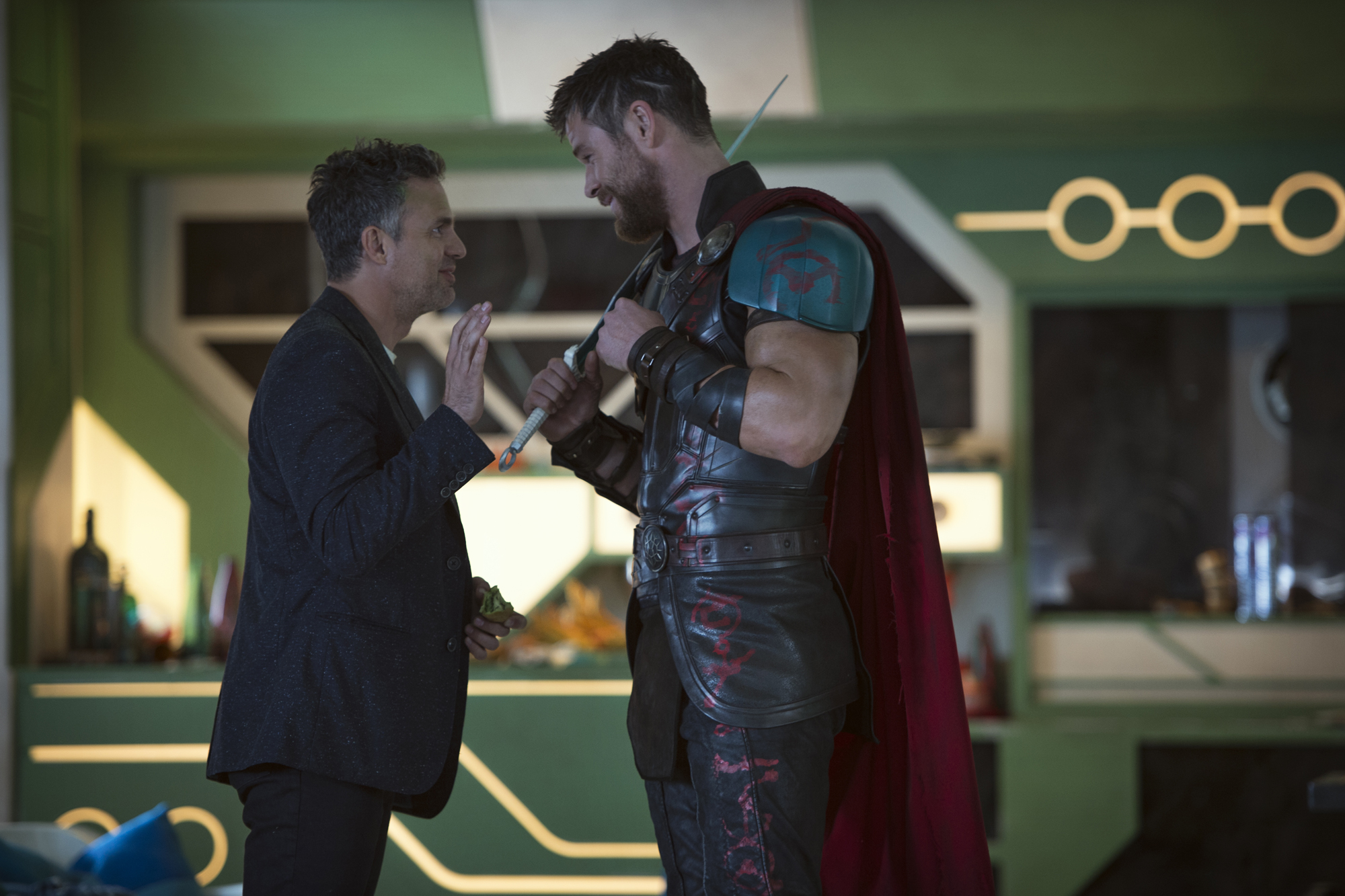 Thor: Ragnarok is a 2017 American superhero film based on the Marvel Comics character Thor.

The movie is produced by Marvel Studios and it was kind of a break from the usual Hulk character of Mark. This movie became the third Ruffalo movie in the MCU. It played with the characters of Bruce Banner and The Hulk, in that they were given a comic element. The inspiration was derived from the Planet Hulk comic book series.

There was also the change of scenery in a high-concept space opera. And fans were dying to see that happen. It was Thor: Ragnarok that let Mark Ruffalo’s comedic talents shine.

The movie is based on the Marvel Comics character Thor. It is produced by Marvel Studios and distributed by Walt Disney Studios Motion Pictures. All Marvel needed to be a little direction from Taika Waititi. 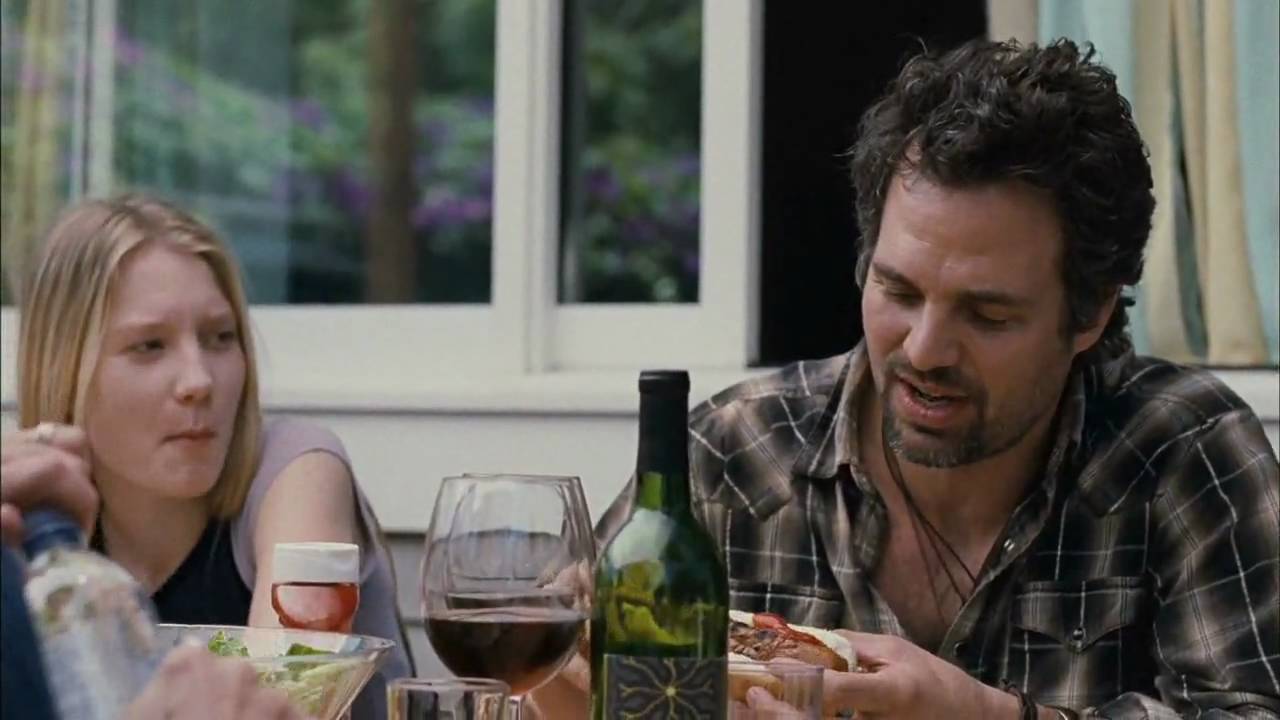 The Kids Are All Right: Ruffalo plays a middle-aged man who’d worked as a sperm donor before.

The Kids Are All Right is a 2010 American comedy-drama film.

The story centers around two lesbians who raise teenagers, birthed from a sperm donation by a random man. This man is Mark, he is successful and he seems a good welcome at first. But later some rifts occur in the family’s bonds.

Mark played the character of Paul Hatfield, the free-spirited owner of an organic foods restaurant. He is the biological father, the anonymous sperm donor for Annette Bening and Julianne Moore’s children.

Eternal Sunshine Of The Spotless Mind (93%) 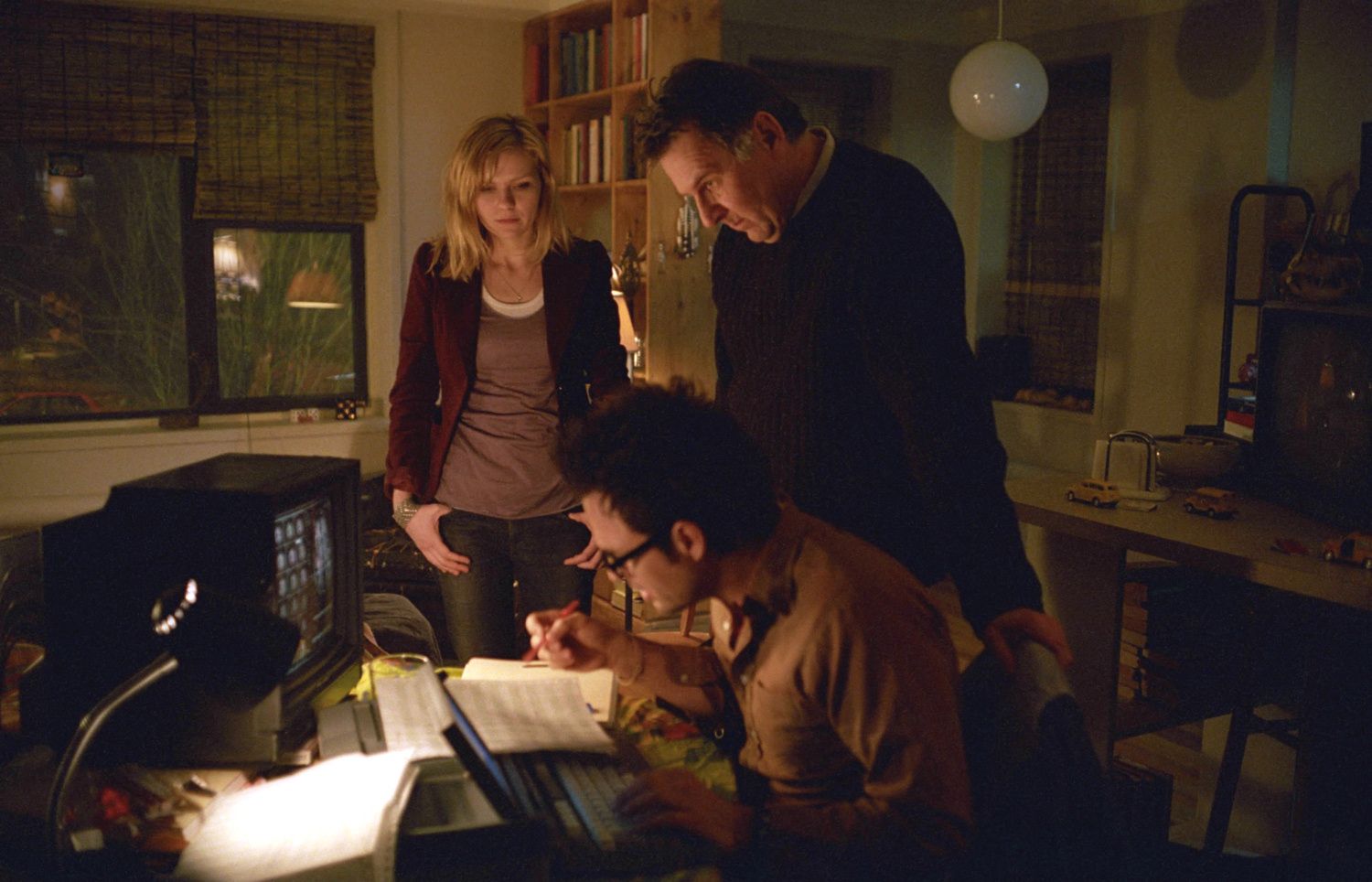 Mark Ruffalo has a supporting role in the movie as a doctor. It is the tale of a couple played by Kate Winslet and Jim Carrey. Eternal Sunshine of the Spotless Mind is written by charlie Kaufman and directed by Michel Gondry.

The story is centered around a couple, who is bitter with each other. All they want to do is erase each other from their memories. The story was created by Pierre Bismuth with Kaufman and Gondry.

Eternal Sunshine of the Spotless Mind has a huge ensemble cast that includes Jim Carrey, Kate Winslet, Kirsten Dunst, Mark Ruffalo, Elijah Wood, and Tom Wilkinson. Ruffalo has done full justice to his role as a troubled scientist who along with Kristen Dunst works on the memory erasure. 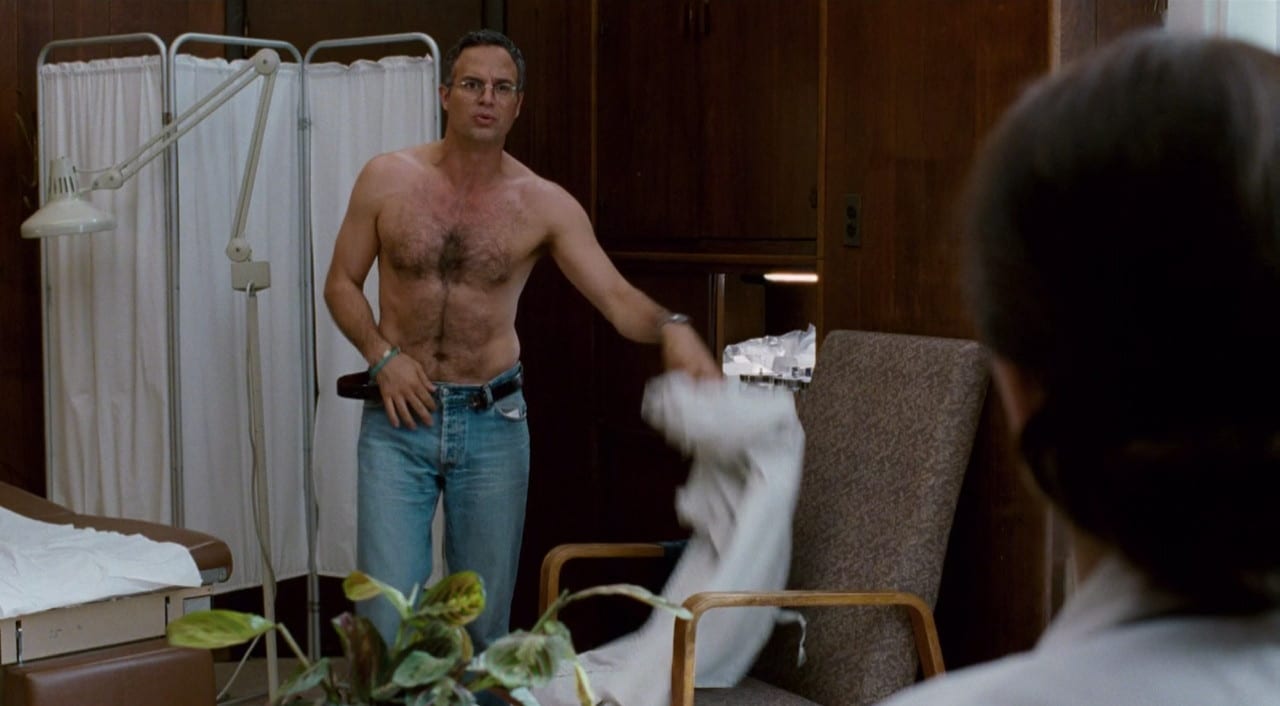 The Normal Heart is a 2014 American television drama film.

The Normal Heart remains Mark’s same-sex romance movie in the adaptation of Larry Kramer’s play. The story is centered around Ned Weeks, an openly gay writer in the early 1980s New York.

Ned is known for his contribution towards the awareness and advocacy for HIV-infected gay men during the outbreak of the AIDS crisis. Mark plays Ned Weeks. 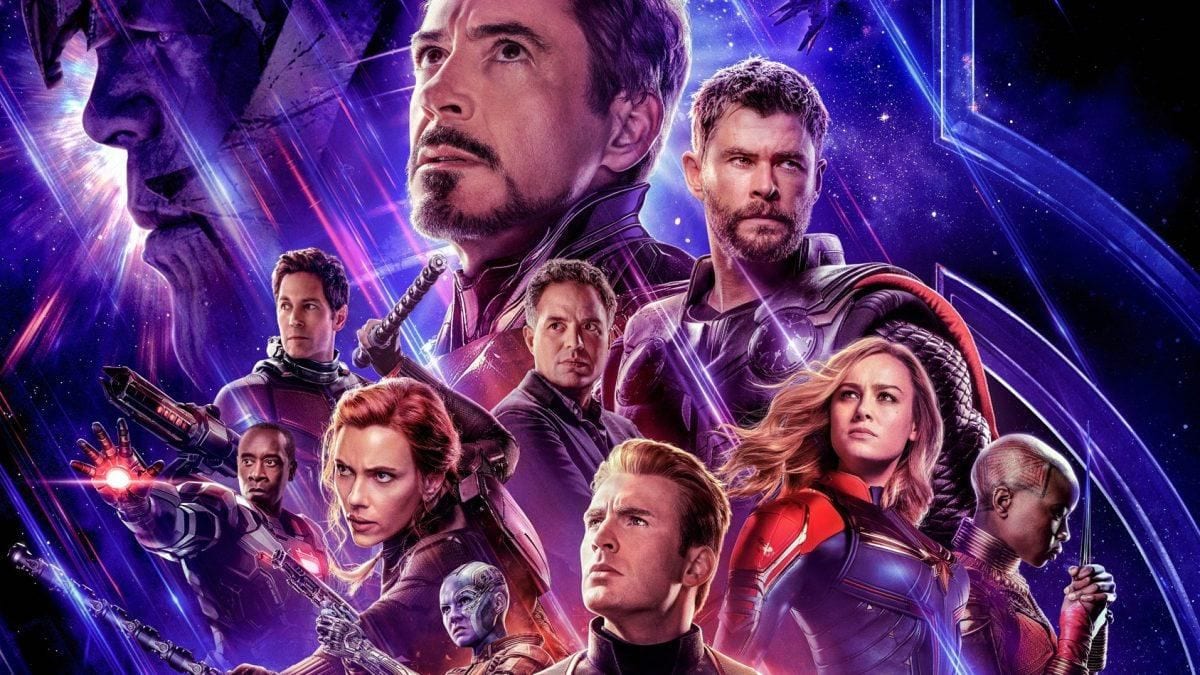 The movie is based on the Marvel Comics superhero team the Avengers. Endgame is produced by Marvel Studios and distributed by Walt Disney Studios Motion Pictures. It is the direct sequel to Avengers: Infinity War and the 22nd film in the Marvel Cinematic Universe (MCU).

Mark plays Dr. Bruce Banner who now is in control of his Hulk powers. The story is a flip reversal from the previous Avengers movie, whereby Ruffalo plays an intelligent and controlled version of his Hulk. 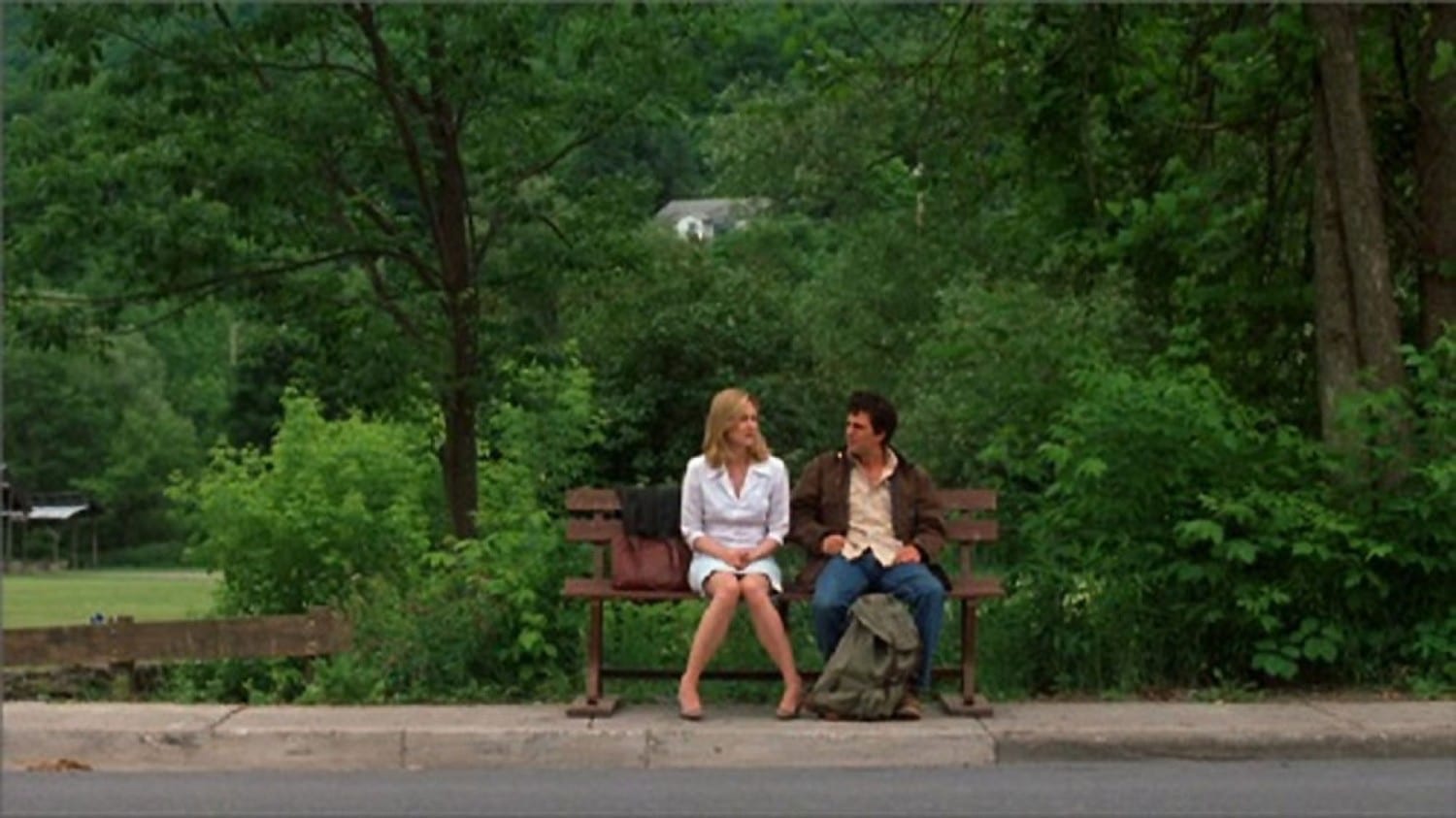 You Can Count On Me: Ruffalo plays an immature brother of Laura Linney.

You Can Count On Me is a 2000 American drama film.

This movie is a tad bit different from the usual Ruffalo characters. He plays a man, Laura Linney’s immature and childish brother who is never really there for her. You Can Count On Me is Kenneth Lonergan’s drama, one which becomes incredibly frustrating due to Mark’s character. There may not be a solid story here since the movie focuses on the relationships between its characters.

Nevertheless, Mark has done an incredible job in the movie. 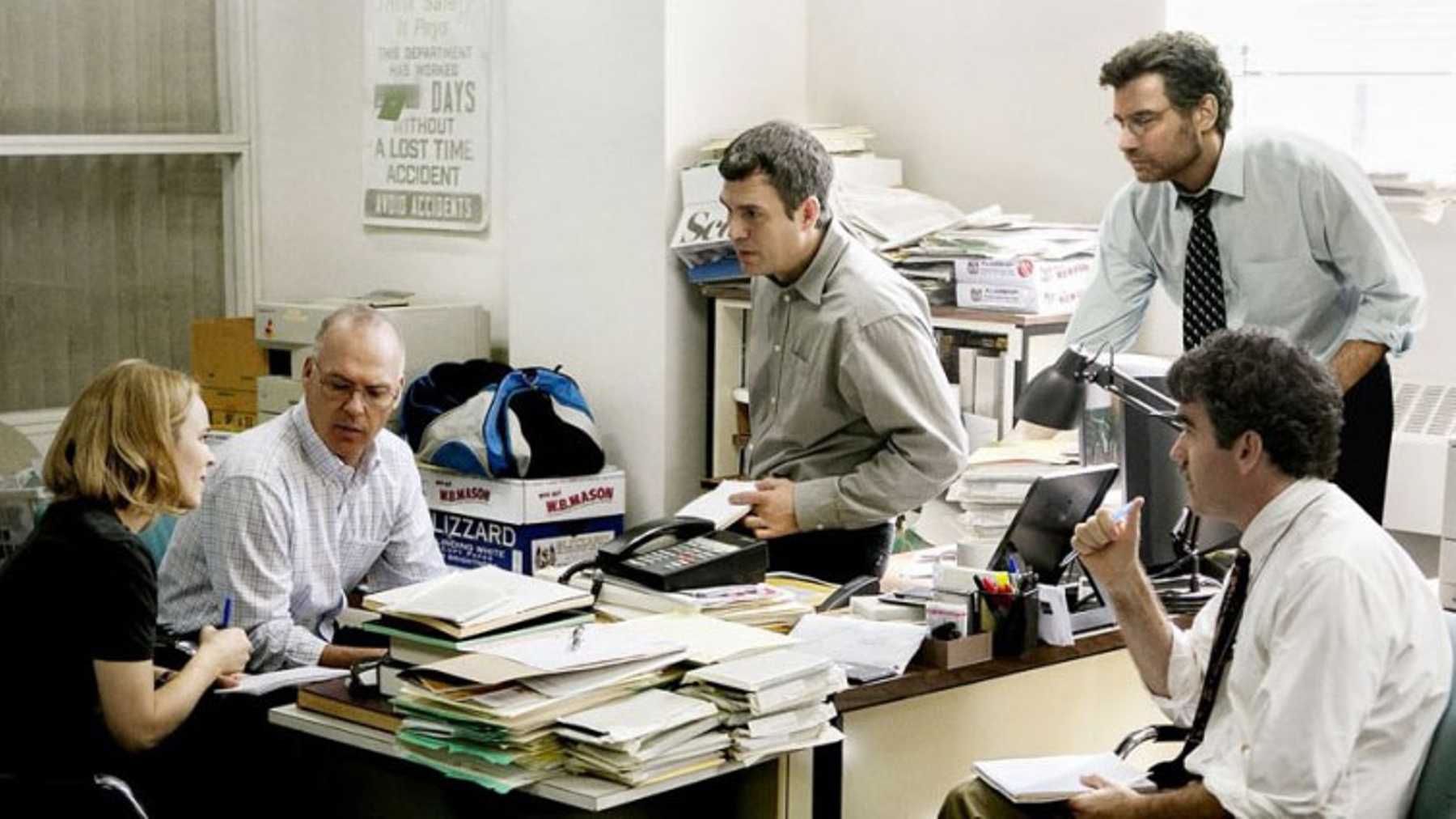 Spotlight: the tale of an investigative journalism team from The Boston Globe.

Mark’s highly revered movie for which he received an Academy Award Nomination for his portrayal of an investigative journalist working at The Boston Globe. He played the Pulitzer prize-winning journalist, Michael Rezendes.

Spotlight won the Best Picture at the Oscars. The story concerns (the titular investigative journalism team) from The Boston Globe newspaper and their efforts to uncover a mass coverup of years of sexual abuse within the Catholic church.