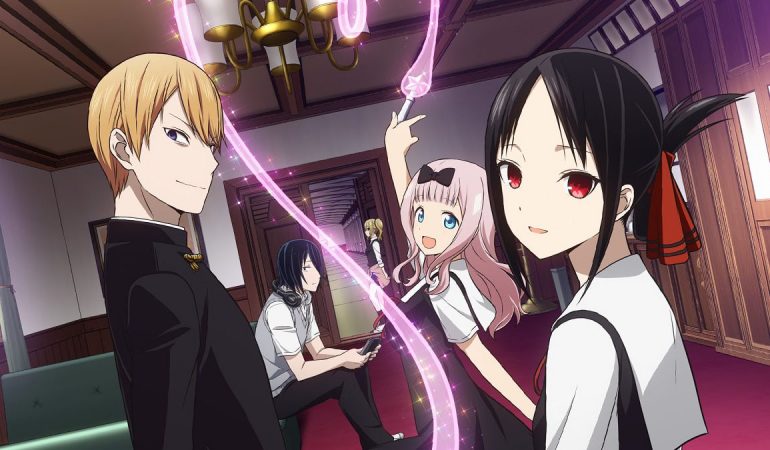 Kaguya Sama: Love is War season 3 will continue the battle between the misunderstandings of romantic comedies. These are between Miyuki Shirogane as well as Kaguya Shinomiya. This happens even though there might be a confession this time. Although, all the eyes are now at the third installment of this great show, and when will it release on the platform.

Back on the 25th of October 2020, the third installment of Kaguya Sama season 3 was confirmed by the creators to come back for a third season. this happened at a special event called Kaguya Sama Wants To Tell You On Stage. We also have a piece of inspiring news for all of you guys because Kaguya Sama: Love is War OVA episode has now been announced. This special one might release sometime in 2021.

All this while, if we assume that Kaguya Sama does not change its studios, then the anime is set to be produced by studio A1 Pictures. These guys are best known in the industry of entertainment for their work on Sword Art Online as well as The Seven Deadly Sins, even though the latter switched studios from its third installment. The project will be helmed by director Shinichi Omata under the pseudonym Mamoru Hatakeyama. In the past, we have witnessed that he has directed other popular animated projects such as Records of Grancrest War.

Later, the media witnessed him being a director for one of Puella Mai Madoka Magica episodes. Yasuhiro Nakanishi is the director of the series who has formerly worked on Toilet Bound Hanako Kun. He is set to create the composition of the series. Yuuko Yahiro is an artist set to create character designs and be a Chief Animation Director.

Kaguya Sama: Love is War season 3 — When can we expect the release date to be?

As all you guys might already know that the second installment of Kaguya Sama: Love is War dropped off back on the 11th of April 2020. However, the anime project actually did not suffer from any delays caused by the pandemic of Corona Virus. It is because most of the work was done by the middle of April. The finale episode 12 of Kaguya Sama: Love is War aired on Funimation exclusively later on the 27th of June 2020.

As per the latest updates that have come out regarding the release date of the series, you guys should be utterly disappointed on knowing that a release date has not been revealed yet by Aniplex or A1 Pictures, or even any other company which is related to the production of the animated series. All this while, the production process on the third installment of Kaguya Sama: Love is War is confirmed to be happening.

Well, fans might have to wait patiently for another year or so before we finally even think about getting a Kaguya Sama: Love is War season 3. It is because the whole industry was set back by the COVID 19 pandemic. It might release in the latter half of 2021 or be delayed as late as early 2022.

Continue Reading: One Piece, Chapter 997, What is Happening On Top of Skull Dome?