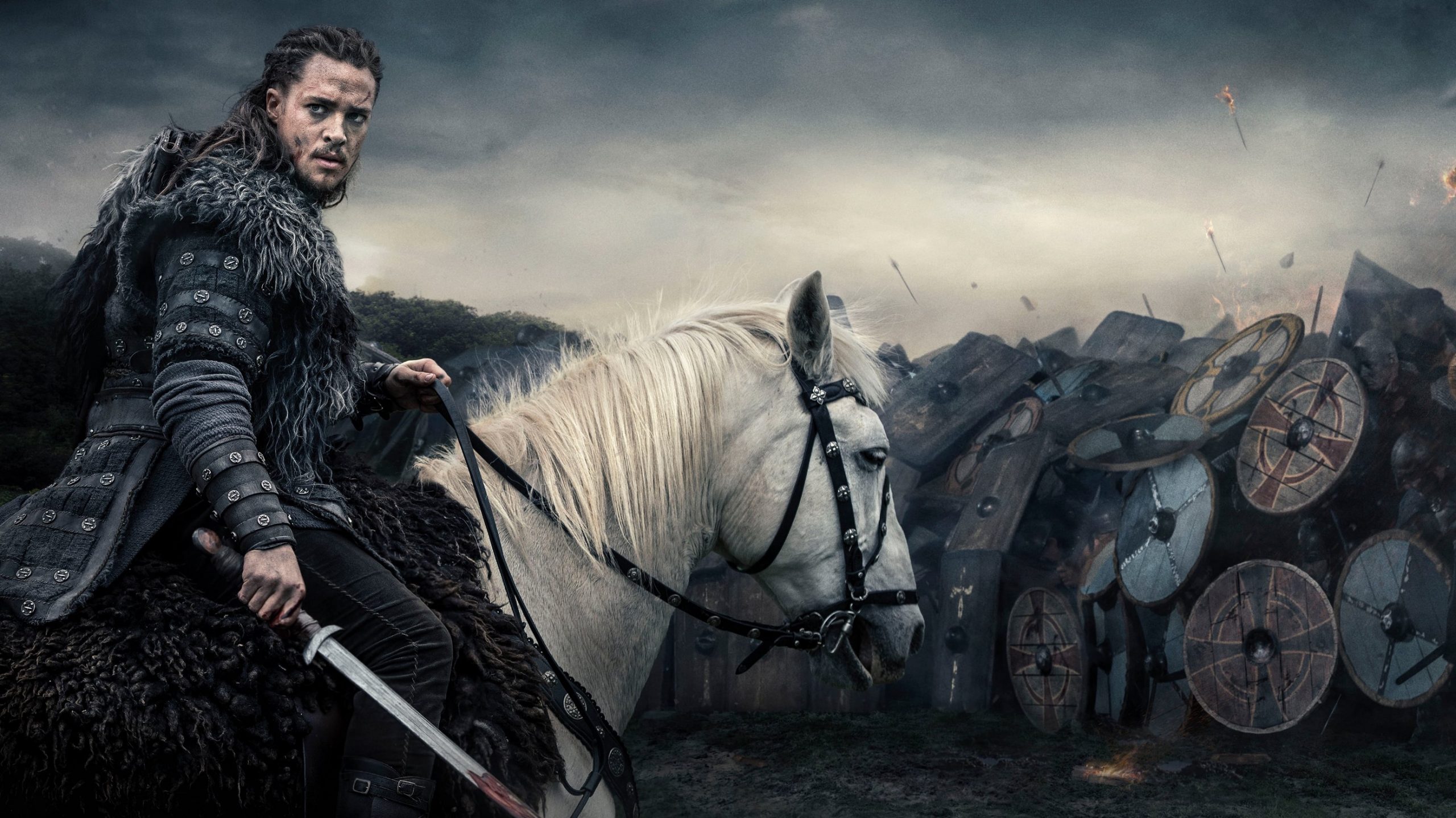 The Last Kingdom bid goodbye with the power-packed finale episode. There couldn’t have been a fitting end to The Last Kingdom.  After waiting for the longest time, we finally heard the “SHIELD WALL” cry on The Last Kingdom after centuries. By centuries we mean, one whole season. Shouting “SHIELD WALL” thrice made us beam in joy. It’s a sad thing if a show underutilizes it’s catchphrase, least drops it altogether. Thank heavens that didn’t happen!

We’d have been happy to end with Uhtred settled and stable in family life. But that’s not how it was supposed to be for him. He’s a warrior and he’ll always be in the game crushing enemies. But that’s another cap in Uhtred’s feather. And that means more entertainment for us as for viewers. Sure we feel bad about the lack of Bebbanburg and Uhtred visuals. We are open to that possibility, in the end, it may happen in the end. But for now, Bebbanburg and Uhtred are back to ‘they-will-not-work.’ The two of them, if, at all they click and get together, things will be so fantastic. But the story will be over soon, in that there will be no entertaining drama left there. Like I mentioned earlier, Uhtred will not look good as a family man and in love. He is a warrior and he should stay one till the end of The Last Kingdom. We refuse to see Uhtred in any other avatar other than that of a badass warrior. Uhtred will always look better in a fight, warding off threats and enemies. And like hell, that’s what we endorse for him.

Let’s talk about the most important moment in the finale episode–the siege of Winchester. In our previous post, we kept honoring Edward’s sudden Royal mien, valor, and courage. The battle scenes were crisp, neat, and powerful. Refreshing TV for a change–ever since we bid goodbye to Game of Thrones finale episode. We’re not comparing The Last Kingdom to Game of Thrones in any way. But the former is a pretty good successor in the post-Thrones world. The battleground scenes were every bit dramatic and sensational, as much as we’d hoped they would be. The Last Kingdom gives a genuine insight into the battlefield, hooves, horses, swords, neighs, shouts. Love that stuff!

You are going to hear one more Game of Thrones comparison in The Last Kingdom, this time of Jon Snow and Uhtred. Both the men belong in the battlefield, both have escaped death by a whisker, both have been unscathed in the long run. There’s also something oddly similar between the two. Uhtred and Jon aren’t and weren’t destined to be romantic heroes. Given how we were deprived of Bebbanburg, we do not for a second think Uhtred will end up happily-ever-after with her, ruling a castle. That’s not how the TV trajectory for such characters goes. Sure, the two men are romantic leads, but that’s not where their story ends. There’s so much more to their stories. 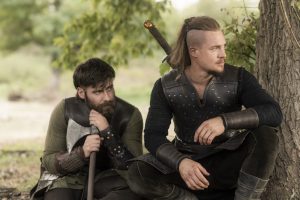 The Last Kingdom season 4 ended with a breathtaking finale.

You got to give it to The Last Kingdom Season 4 for utilizing its female characters brilliantly. You also gotta give it to the show for utilizing every main/subordinate character. Finan, Aelswith, Osferth, Eadith, Stiorra, and Sigtryggr, all were brilliant in their own right. Since it was a long time dream to see every character shine on the screen, such a utilizing finale episode automatically shone. We wouldn’t want to see Finan, Osferth disappear anytime soon. Please please spare them on the battlefield for they are our hero’s consorts. Their battlefield moves are making us go weak at the knees.

Aelswith at the moment is fighting for her life which hangs by a thread. Aethelhelm’s poison worked its charm on her. But we are pretty sure she’ll make it. Since her character development is one of the most fantastic ones. We’d put it before that of Edward. The man dwindles on his heroism and Royal valor but Aelswith’s redemption arc continues to grow beautifully. Lady Aelswith is here to entertain. We wouldn’t worry about her.

Brida deserves a paragraph of her own. Brida’s hate for Uhtred grows more and more with time. Who will be the end of whom remains to be seen. The lady fully broke bad in the finale, as we had thought. She’s taken the vacant villain space in the show. The woman has had it with stupid men of the show and their betrayals (men, uh, always stealing our wind). Brida won’t stop anytime soon for she’s raising her baby to seek revenge against the Saxons. But that’s a long time for now. There are many more hurdles to cross before we get to that. The child will be raised as a revenge-seeking beast, we know for sure.

Aethelflaed’s victory paved way for Sigtryggr’s wish. Uhtred brokered for peace in the right moment and hence Saxons and Danes will stay put for at least some time now. And as we talk about often, The Last Kingdom keeps spilling over to vast territories. It means that the next of the show will be geographically diverse. The dream of a united England will finally happen. What an aesthetically pleasing season would that be. We cannot wait to see the geographical diversity in The Last Kingdom. 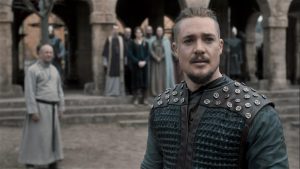 The Last Kingdom Season 4 ended with a truce.

Uhtred anytime will not stay put. Neither will the man budge. He will, however, keep brokering for peace for as long as time permits him to. Bebbanburg isn’t the end of him. Though Brida may be.

Whenever The Last Kingdom comes onscreen, Brida will be a full-fledged Joker-esque character. Sigtryggr will be unstoppable, Aelswith will make it alive. The next of the show will be nerve-wracking to watch. God, we can hardly wait. All in good time.

For now, The Last Kingdom Season 5 remains unconfirmed. Whether or not season 5 will return on screen remains to be seen. But given the popularity of the show, it is certain that it will return soon. Netflix hasn’t confirmed anything in this direction. More as we have it.