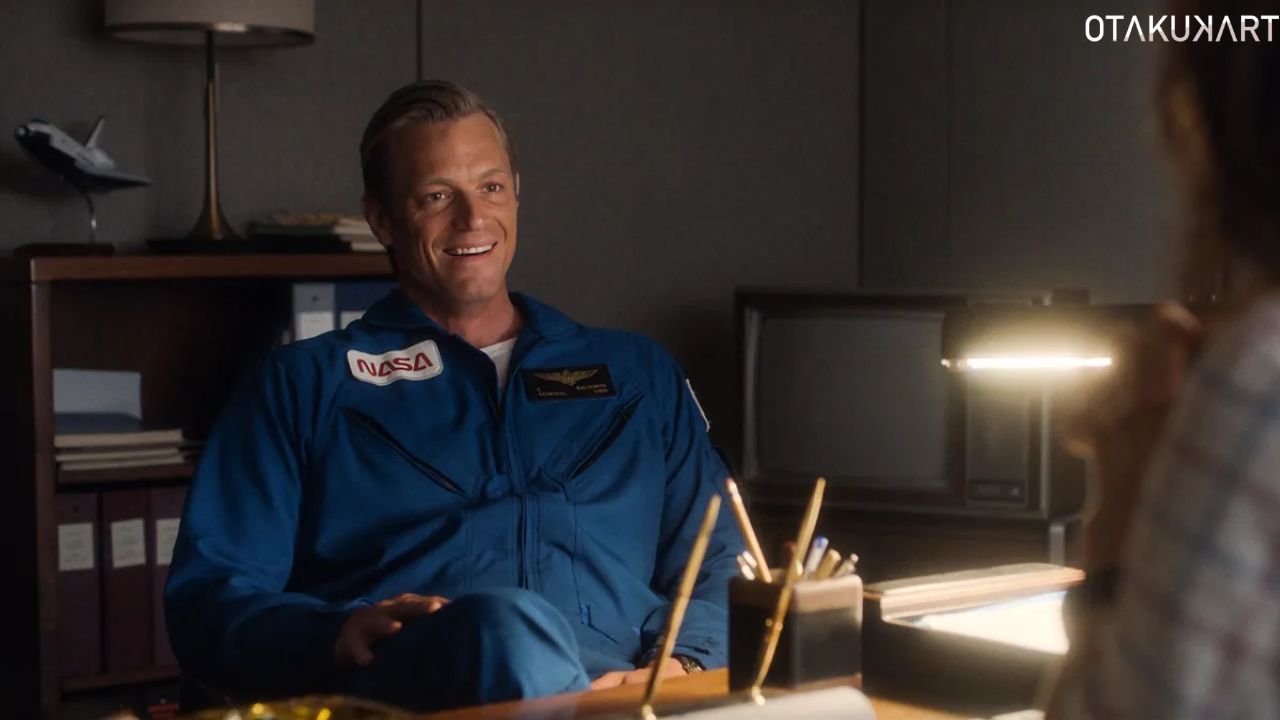 For All Mankind: Apple TV+

The fictitious and historical figures of For All Mankind are expertly blended. In addition, the series does a fantastic job of depicting archaic mindsets and settings. It takes place in a parallel universe in which the Soviets are the first to land a man on the moon. Characters in board meetings mouthing horrible words and making decisions that would never happen in real life. So, if you enjoyed watching the show, you are in the right space. Because in this article, we will see the top shows like For All Mankind.

Also, For All Mankind is available on AppleTV+ in all three seasons, including the most recent Season 3, and takes you on a trip from the 1960s through the 1980s. For All Mankind has recently experimented with the idea of other histories. The series imagines a world in which the US was not the first country to land on the moon and instead fell short of their Soviet counterparts.

So, without further ado, let us check out the best shows that are similar to For All Mankind. Continue reading. 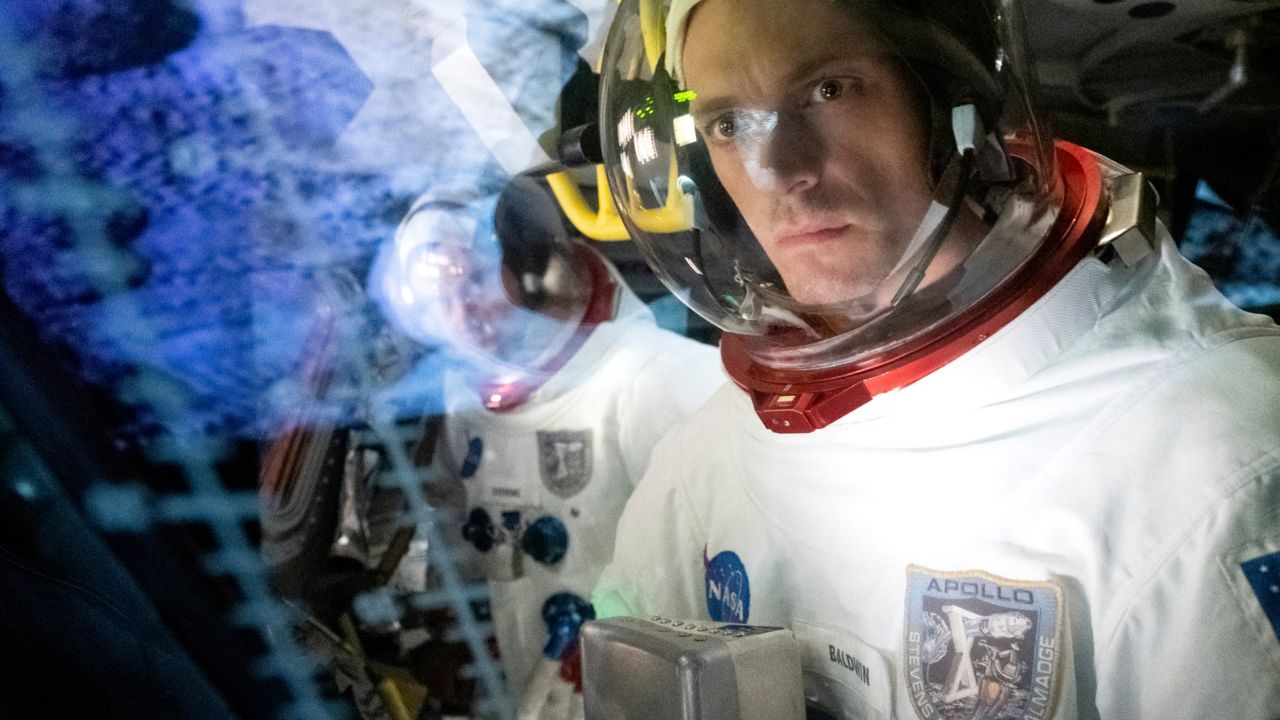 For All Mankind Cr: Apple TV+

With its ever-insightful and snappy plot, For All Mankind astonishes spectators. In a different version of 1969, the Soviet Union beats the US to the Moon, and the space competition rages on for decades, with ever-greater difficulties and aspirations. Thus, in the next section, we will share the shows like For All Mankind that you will enjoy for sure. Check them out below.

Just like For All Mankind, the series “Counterpart” is also set up in a parallel universe. If you loved For All Mankind, you are going to enjoy this one too. It is a nuanced series that examines the Cold War in Germany in a very different context with more advanced technology. 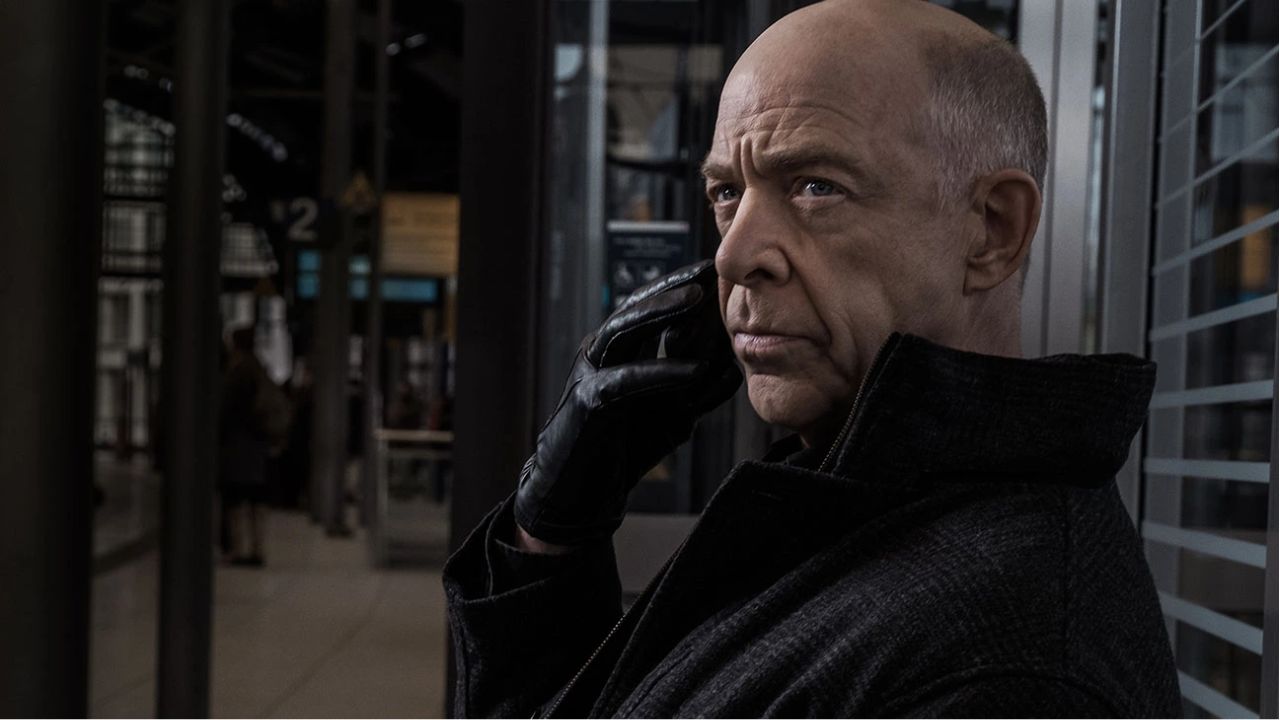 A UN employee discovers that the organization for which he works is concealing a portal to a parallel reality in which his other self is a top spy and is engaged in a cold war with our own. Thanks to spies on both sides, the war is gradually heating up. The death of a Prime infiltrator who escaped capture in the Alpha world and died in the “no man’s land” of the crossing also sets up a major conflict between the two worlds, which is triggered by the death of a Prime infiltrator.

If you’re into alternate histories Kingdom is the one for you. It tells the narrative of Lee Chang, the Crown Prince of Joseon. He’s the one who sets out to explore the mystery illness that has lately struck the King, only to find himself smack dab in the heart of a fatal pandemic destroying the country. This isn’t your typical zombie show. Trouble erupts in Korea during the Joseon dynasty kingdom. This was when the king’s health begins to deteriorate owing to smallpox, with rumors that he has died spreading. Things become even more problematic as Crown Prince Lee Chang seeks to figure out what’s causing his father’s illness. On top of it, political strife erupts within the realm. This is a must-watch and the best shows like For All Mankind.

The Man in the High Castle

A look at a different history of North America. However, “The Man in the High Castle” depicts an alternate universe in which Nazi Germany and the Japanese Empire defeat one other and control the world. The show delves into the political conflicts between the two superpowers, as well as the lives of those who work for or oppose their harsh regimes.
Also, the series follows many characters as they navigate their way through this dystopian society, with their lives overlapping. The Man in the High Castle Cr: Amazon Prime Video

What makes this show intriguing is that viewers can deduce additional possible historical events that may have occurred as a result of the Nazi and Japanese occupation, leading to more story developments. You’re gonna love it if you enjoyed watching For All Mankind.

The Chernobyl Nuclear Power Plant meltdown in the 1980s is widely regarded as one of the worst disasters in history. Nonetheless, we’ve become strangely fascinated by this event, as evidenced by HBO’s Chernobyl miniseries. The show “Chernobyl: Zone of Exclusion” is a Russian mystery, thriller, and drama television series. It is about five friends who travel to the Chernobyl Exclusion Zone to return the stolen money. They discover a time machine in the abandoned city of Pripyat. And, they quickly learn that it can transport them to the day before the Chernobyl disaster, causing a series of time-altering events. The show is all full of twists and turns, and it has got so much for you to watch. It’s a must-watch.

Hollywood is a miniseries that follows the American film industry from 1947 to 1948. But it does so without the conventional power relationships. It is directed by Ryan Murphy, who is a master of his craft. However, it is a fascinating show that imagines a fantastical universe in which a gay black man and his movie star boyfriend may stroll hand-in-hand in public in the 1940s. Each character offers a unique perspective on Hollywood. Thus, it highlights the industry’s inequitable structures and prejudices towards people of all colors, genders, and sexual orientations. Great, great show indeed!!!

Project Blue Book, like For All Mankind, did an excellent job of depicting ancient mindsets and environments. The History series, Project Blue Book, as expected, embellishes and overdramatizes case probes and the historical individuals involved, inserting a slew of plot aspects that never occurred.

It’s difficult enough for individuals attempting to figure out the truth concerning government participation with UFOs without adding to the confusion by mixing reality and fantasy. As Cold War paranoia increased, a fierce US Air Force commander and a dubious scientist examine UFO and alien theories. The series has got a really interesting plot, and it is worth witnessing this history series.

By launching such a ship in the 1960s, Ascension gave it a unique spin. As a result, we get a time capsule of sorts, as the show’s placement in the current day barely changes the societal conventions of that decade. The Ascension project resulted in the construction of a large space station capable of supporting not just life but also a virtual reconstruction of an Earthbound population with holographic capabilities. It is a brilliant show that begins by promising one thing, then moves to another, and concludes the first night with a spectacular unexpected ending that sends the entire adventure on a different route. Thereby, spectators were engrossed throughout. This is one of the best shows like “For All Mankind.”

Also Read: Best Movies Like Lightyear You Should Check Out

“Mars” is a National Geographic documentary that speculates on the first human-led expedition to Mars. The implausible drama juxtaposes with the interesting science in documentary format, Mars devolves into a perpetual struggle for dominance. The series takes a quasi-style, combining a fictitious plot with real-life scientist interviews. It is well-known for its in-depth, informative information. Also, the documentary segments of the show are superb, and these alone make Mars worth seeing.

The Expanse is a compelling science fiction series that combines soap opera storytelling with a sense of humor. It takes place 200 years after humanity has colonized the Solar System. Although the show revolves around the case of a missing young woman, which pits a tough investigator against the captain of a rogue ship in a race across the solar system to unearth the greatest conspiracy in human history. Under the political entity of the system’s three major institutions, tensions between the three powers begin to develop. Conspiracies begin to emerge, putting their already precarious relationship in jeopardy. However, it is indeed a very thrilling story about discovery and travel to new worlds. This is one of the best shows like For All Mankind.

The newly-established Space Force and the people assigned to make this branch work and be taken seriously by the United States Armed Forces are the focus of the “Space Force.” Mark Naird (Steve Carrell), the Space Force’s first Chief of Space Operations, embarks on an extremely ambitious and dangerous quest to put “feet on the moon” by 2024. There is a balancing act between science and human intuition, not to add the continual presence of government officials on their heels. Space Force leans more toward satire, with sharp, cerebral wit as well as a sense of humor. The show, on the other hand, combines unironically heartfelt and compelling messages that tug at our emotions in practically every episode.

Thus, this was all about the best shows like “For All Mankind.” You will enjoy all the sci-fi actions, dramas, and everything. You must check them out.