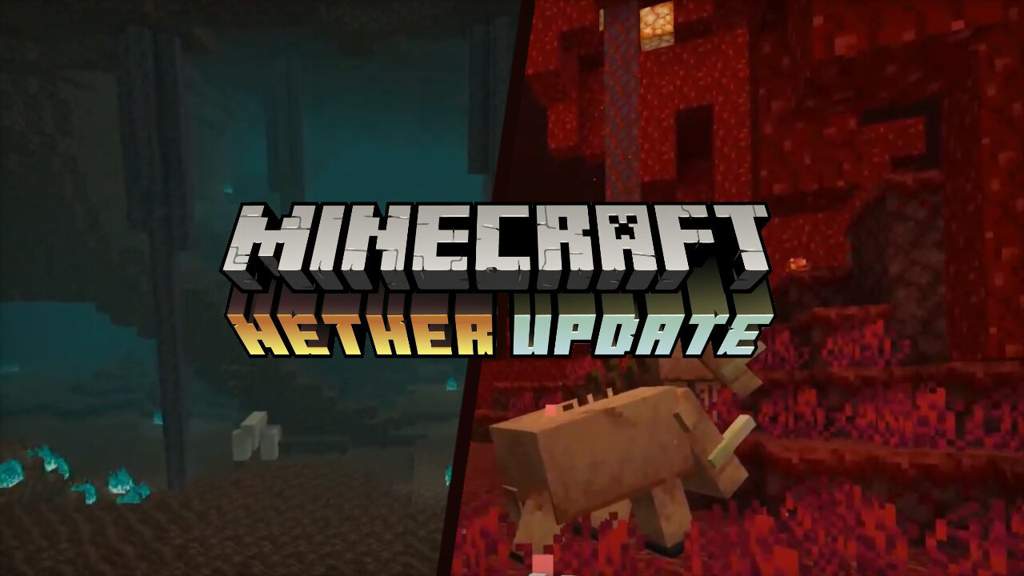 Minecraft community is early waiting for the next big update of the game, which will bring a lot of stuff to the game. Most of all, it will make the Nether realm relevant to the game now. The upcoming coming update of the game is going to be Update 1.16 that is arriving really soon to the player. So, the question is, What is coming with the update. Well, in this article, we will be discussing things that are going to come with Update 1.16. 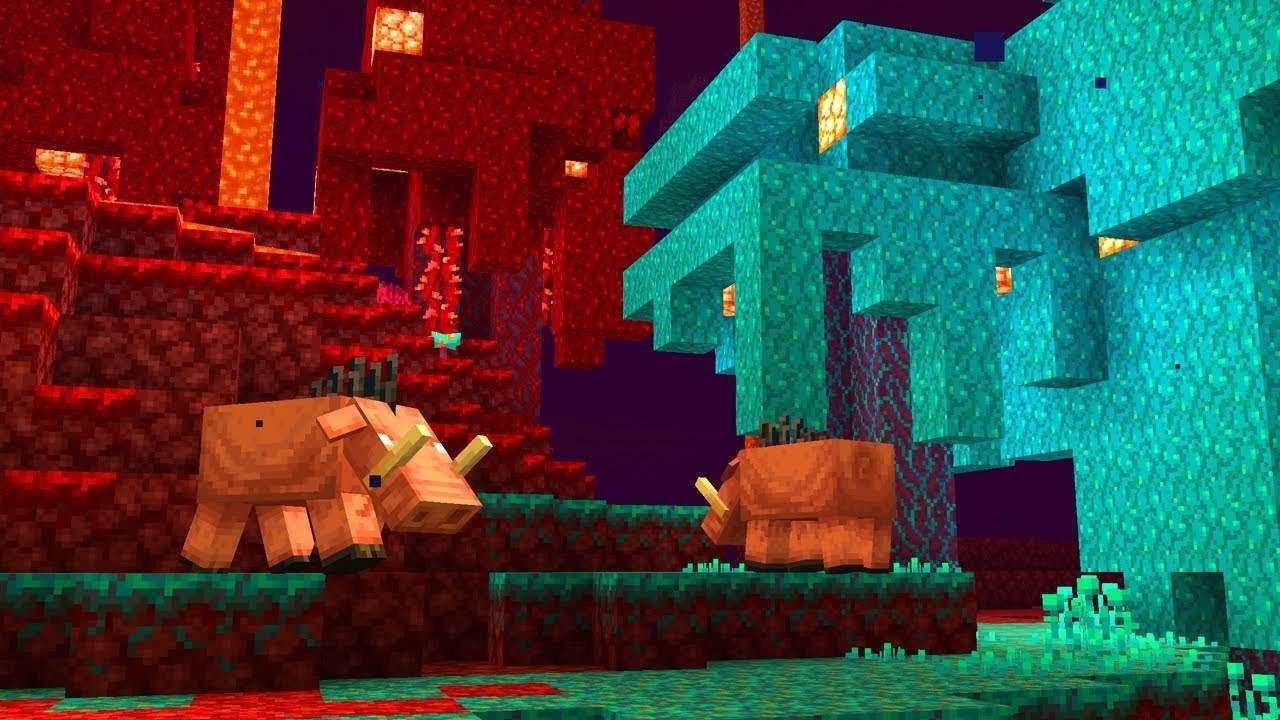 Minecraft Nether Update will be released in the first half of 2020. Furthermore, the player can see what’s in store for them with the Minecraft 1.16 snapshot. But before doing so, first of all, you need to backup your world to avoid the possibility of corrupting your save. So, let us see what will be coming in this update. The snapshot 20W06A  includes new biomes, which are Crimson Forest, Soulsland Valley, and Warped Forest, and it also contains the new ore named Netherite, which is superior to Diamond. More details are provided ahead!

One of the main things that are coming are the new areas that Nether will be receiving that will give it a complete makeover. Furthermore, there are going to be in villages. The name of this biome will be Nether Wastes. Also, shipwrecks, as well as ocean ruins, are now harder to come by.

This is a region that is not only spooky but is also filled with fossilized remains. In this area, the sky thick because of ash, and the land is filled with an eerie blue light. This area also contains Soul Sand and Soul Soil; it also has a village that is populated with Basalt pillars.

This is like a fungus forest that has Shroomlights, which lights up the forest. In this, Fungi manifest as tall, tree-like structures that warped Spores hang in the air, which is similar to unfallen snowflakes as a blue fog shrouds the forest. Furthermore, this is now the safest place in the Nether.

Crimson Forests is similar to the Warped Forests. It has the perfect conditions for fungi and Shroomlights to grow. In this area, Crimson Nylium is found everywhere, and Crimson Spores clog the air. Weeping Vines hang low from ceilings, and Hoglins are usually patrolling their territory. 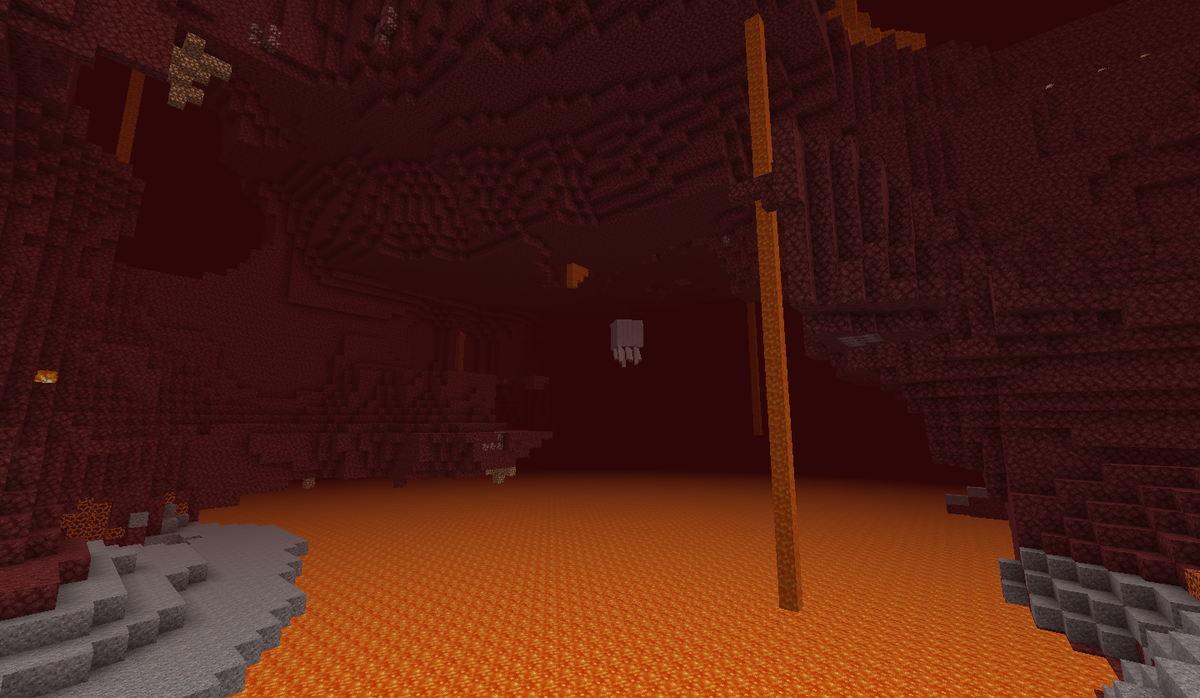 The new update will bring many new enemies to the game, and these enemies will spawn in the Nether realm. These enemies are as follows:-

Piglin is a brand new mobs that are hostile by default and extremely love collecting Gold. In order to protect yourself from these beasts, all you need to do is wearing gold armor. Furthermore, you can also negotiate with Piglins.

These new mobs were named Piglin Beasts, but now they referred to as Hoglins. These creatures are mysterious species, and there isn’t much revealed about them. They can be identified through their floppy ears and huge tusks. Hoglins might look threatening, but they aren’t; instead, they are very sweet.

Netherite is the new high-level ore that can be found in the Nether. Furthermore, because of the several properties that make it more valuable than Diamond itself. You made tools from it which are more durable, and they also mine materials faster. But it doesn’t end there Netherite weapons do more damage when compared to Diamond ones. Netherite armor is even more durable and has knockback resistance.

All the Netherite items have higher enchantment value than Diamond, but it is lower than Gold. What makes them even more amazing is that these items will float in lava, so you won’t lose them if you happen to take an untimely dip in a fiery pool.

Here is how you can Craft Netherite

In order to find these ores, you need to go into the depths of Nether itself. After finding some, you can use Blast Furnace to transform the material into Netherite Scrap. After that, add 4 Gold Ingots and 4 Netherite Scrap to a crafting table to craft a Netherite Ingot.

This update added even new blocks to the game which are as follows:-

• Target blocks: hit with an arrow to send out a Redstone signal.

• Weeping Vines: vines grow from the bottom of the block.

• Shroomlights: a source of natural light.

• Basalt blocks: similar to pillars and can be placed in any direction.

Also, there is also a new command coming that will help you locate a specified biome which is Syntax: locatebiome, Parameters: biome – The id of the biome to find

There are some sound changes coming as well as Ghasts sounds can now be heard at a shorter range. The block sounds for Bone Blocks, Netherrack, Soul Sand, Netherwart, Nether Bricks, and Quartz Ore have been updated as well. All these things will be coming with the upcoming update, which is, in fact, a lot of things. This one of the major updates of Minecraft that has made Nether relevant to the game again. Furthermore, now diamonds aren’t strong blocks, which are hard to believe. Well, it is what it is. There are also a lot of bug fixes that you can see by clicking right here.