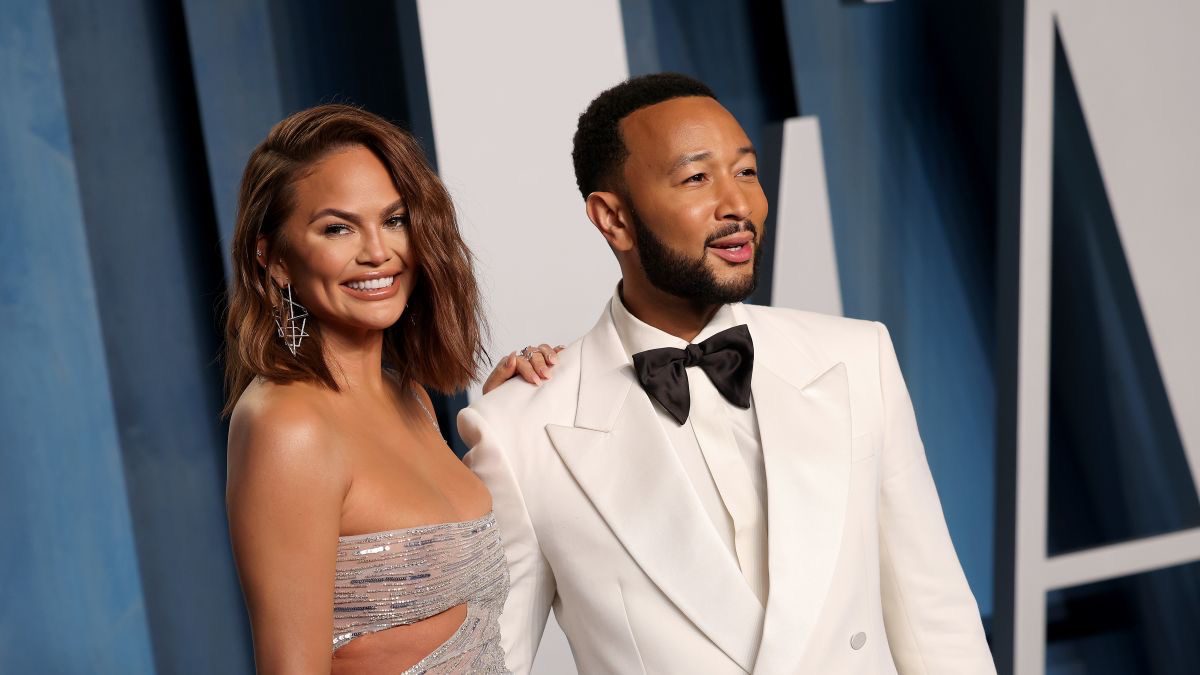 Congratulations are in order as Chrissy Teigen and John Legend are expecting a rainbow baby after suffering a heartbreaking pregnancy loss nearly two years ago. The model and author took to social media to make the happy announcement as Teigen confirmed that she is pregnant with the couple’s fourth child after undergoing IVF, alongside photos of her baby bump.

In the pictures, she can be seen wearing a crop top and lace underwear while flaunting her baby bump. Teigen earlier admitted that coming to terms with not being able to carry again has been difficult for her because but then, she thinks about it as her uterus is just not cooperating with her, and it’s not a failure.

Chrissy Teigen further said how the last few years had been a blur of emotions, to say the least, but joy has filled their home and hearts again, with 1 billion shots later while confirming that the pair has another on the way. Teigen further admitted that she had fears about the pregnancy after experiencing the heartbreaking loss of her third child, Jack,

Back in September 2020, Teigen announced that she and Legend, who shares a daughter who is parents to daughter, Luna Simone and Miles Theodore, had experienced a pregnancy loss on Instagram. The Cravings author had admitted how she feared never being able to carry a child again when she talked about her fertility struggles.

While talking about her pregnancy, the mother of two for every appointment, she said to herself and breathed a sigh of relief to hear a heartbeat and decided that she was just too nervous still. Teigen further stated that she doesn’t think she will ever walk out of an appointment with more excitement than nerves but also assured that everything is perfect and beautiful so far.