What is Dwight Howard’s Net Worth? This a question whose answer many are seeking in recent times. Dwight is a giant, both physically and in American basketball player history. His full name is Dwight David Harbour II, and he was born on December 8, 1985, in Atlanta. The Taoyuan Leopards No. 12 was born to basketball players Dwight Howard Sr. and Sheryl, who played for her college’s women’s basketball team.

Besides being a basketball player for Taoyuan Leopards, he is also an actor and producer. He has appeared in movies, series, and shows but isn’t fully fledged in the entertainment industry. The 120kg, 6 ft 10 player started his NBA career in 2004 when Orlando Magic selected him. And over time, he has played for a lot of teams, achieved a lot of awards, and made a lot of records.

Dwight was nine when he got interested in basketball and is one of the youngest players to get into the NBA stage (at 18 years). His jersey, number 12, was co-related with his idol, Kevin Garnett’s jersey, number 21, just the opposite placement. Dwight is rich and undoubtedly one of the wealthiest players in the NBA. But before we get into his net worth, let’s discuss his career.

As already know, Dwight began his first national-level game as a part of the Orlando Magic. At the college level, he played for Southwest Atlanta Christian Academy as a power forward, and his performance was excellent. He led the team to win the 2004 state title with a record 31-2, and during his term, he averaged 25 pts, 18 rebounds, and 8.1 blocks per game. 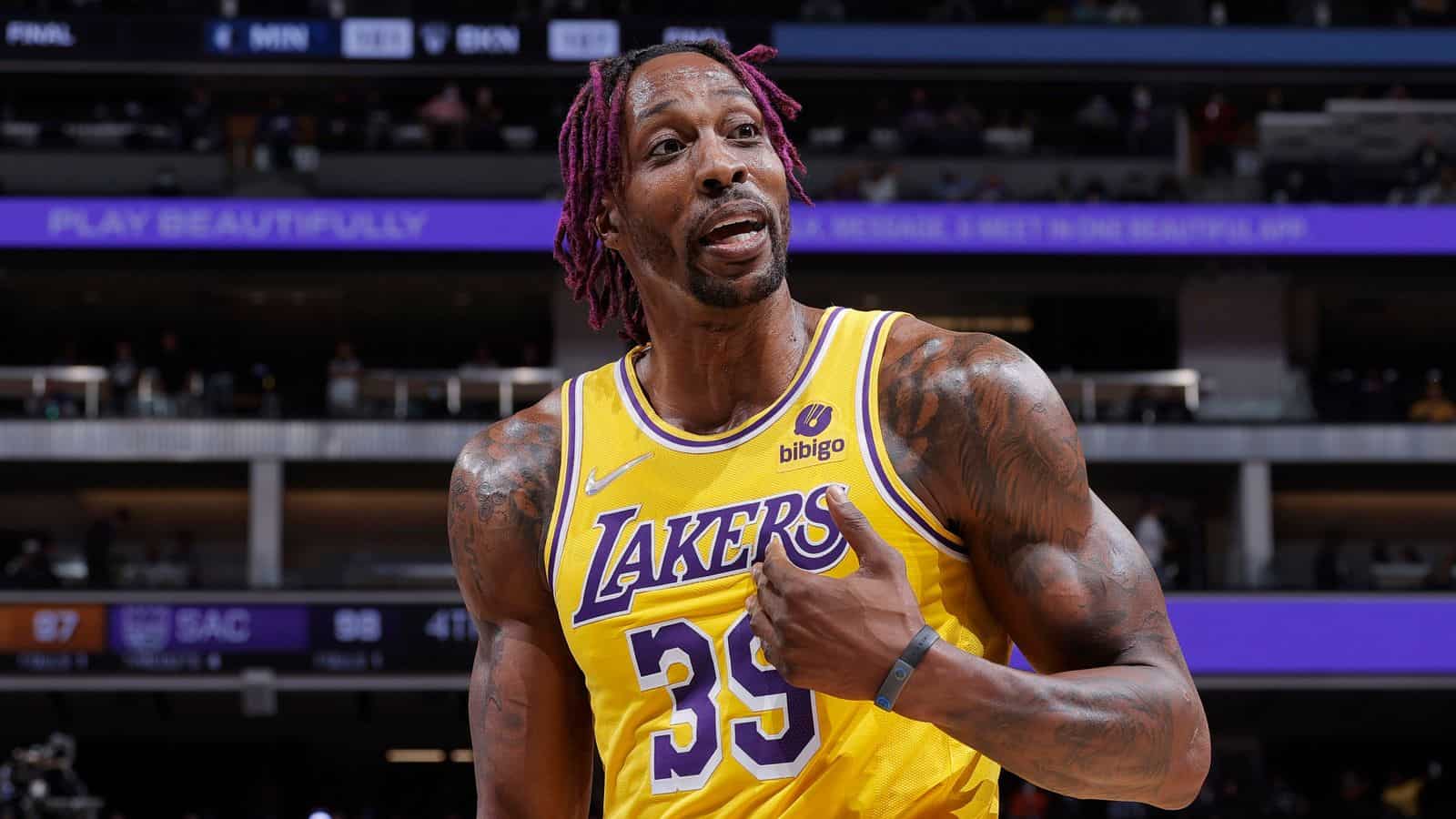 Dwight was traded to LA Lakers for the next year(2012 – 2013). However, he had to take six months off because of surgery. The season wasn’t great for the Lakers and Howard, they were taking losses, and Howard was losing performance, still recovering from the surgery. Still, he managed to grab the season-high of 39 points.

After his term ended with the Lakers, he became a free agent and joined Houston Rockets (2013 – 2016). His time with the Rockets was good; he recovered from his surgery but had a knee issue, due to which he sat for a few games. With Howard, the Rockets were able to get into the Western Conference Finals, but they lost to Golden State by 4-1.

The Rockets were the last team he stayed with for more than a year. Being with Atlanta Hawks and Charlotte Hawks for 1-year terms contributed largely to his net worth and playing stats. Following came Washington Wizards (2018-2019), after which he returned to LA Lakers.

The team reached the NBA Finals and defeated Miami Heat, winning the Championship and Howard’s first. He played with the Philadelphia 7e6ers (2020-2021), during which they lost badly to Atlanta Hawks.

He again returned to the Lakers (2021 – 2022), but it turned out badly as they were not even able to qualify for the playoffs, and Dwight averaged 6.2 points over 60 games. Over his career, he has won NBA All-Star eight times, Defensive Player of the Year three times, and All-Defensive Team Member five times.

Dwight Howard’s net worth as of December 2022 is estimated to be $150 million. He is currently making around $23 million a year. From public statements and reports, his current contract with Taoyuan Leopards is for $1 million, and Taiwan League made an exception since foreign players are not allowed more than $20k.

In the four years with Houston Rockets, he made an estimated $85 million, by far his largest contract. It was after 2019 that his yearly income decreased. For most of his career, he has made an average of $15 million per year, and he is still in action, so his net worth is dynamic. Let’s wish him a great time ahead.