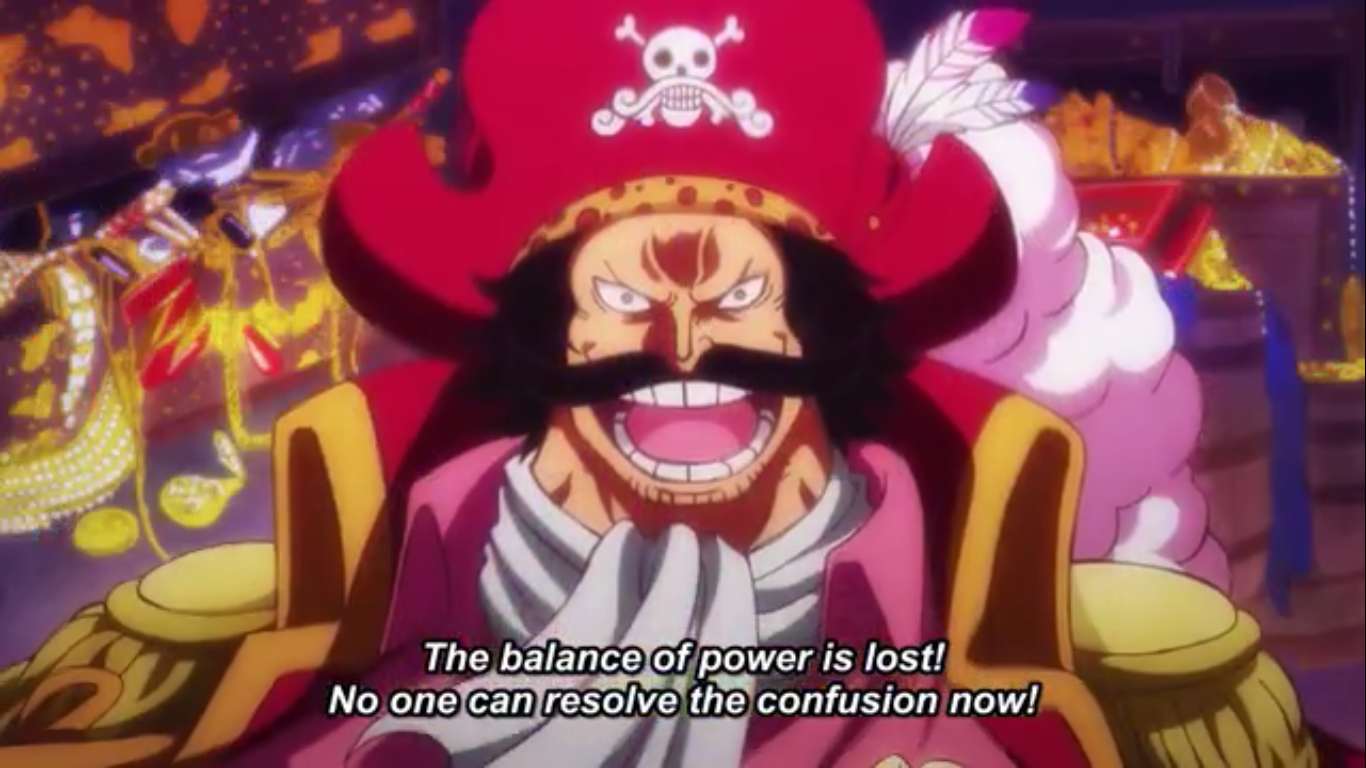 The latest One Piec episode has teased on Gol’D Roger and Garp vs. Rocks Pirates fight. The Rocks Pirates can be undoubtedly be regarded as one of the strongest crew in one Piece is known history. It took the combined efforts of Gol’D Roger and Garp together with their crews to stop them. This shows how powerful they were at their peak times. The crew was led by a ‘D’ as well. Rocks D Xebec so this was a fight between the D’s, Garp, Roger, and Xebec. Big Mom, Kaidou, and White Beard are all former crew members.

The three of them grew up to become the Yonkos, which shows how influential the Rock Pirate crew members were at the time. Now, this would be a fight to look forward to, so it is one of those you would wish that they should show it in full. The incident is said to have happened in the God valley incident, and we all know that all islands that great fights take place upon. Usually, end up changing drastically, just like we saw with Punk Hazard, which is now left with permanent effects.

One Piece has taken things slowly recently and shifts the storyline out of wano. The second act of Wano has just ended, with the third act set to begin soon. But in between, the anime slipped in updates from the outer world. We got updates of what happened in the Reverie, and the significant events are now shaking the world. One Piece will release its next episode: One Piece Episode 958 this weekend. The anime will now touch on the crucial events from the outside world. We saw all fronts making their moves, which would mean a lot in the fight in Wano.

Big Mom and Kaido are Former Crewmates of Rocks Pirates 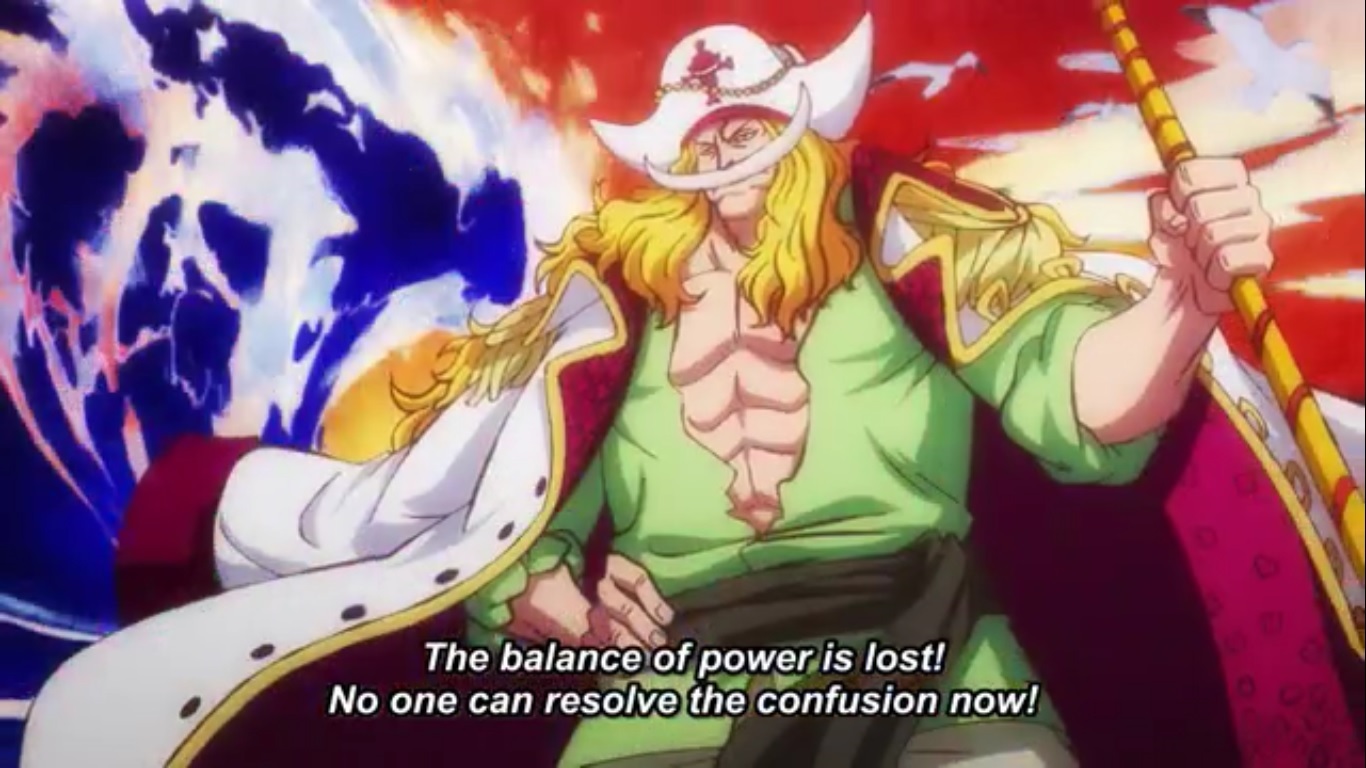 Now we know that the upcoming fight will not just be another one to Big Mom and Kaido. They are the Rocks Pirates’ former crewmates and were there at God Valley in the battle against the pirates’ king. The Roger and Garp vs. Rocks pirates fight shook the world at its time.

And it was just teased at the latest episode of the anime. Now the entire incident is in the marines’ mouth, and they are worried that whatever is coming will be greater than that. But since the reverie had just ended, it appears that the marines’ hands are now tied.

One of the resolutions from the reverie was to abolish the Shichibukai system. And right after the reverie, a lot of marines were dispatched to hunt the Shichibukai down. Meaning that for whatever happens next, the marines will not have much influence. Garp mentioned that there is not much he can do as things will be very busy. And the anime also revealed that the marines are keeping tabs on the situation in Wano.

The marine secret division SWORD, led by X Drake, has reported to the marines that Big Mom and Kaido have joined forces. In the preview of the next episode, Garp appeared talking about the Rocks Pirates. He would remember this since he was there leading the fight with the king of the pirates at the time. He mentioned that the entire event has shaken up the world at its time, and if Kaidoud and Big Mom have joined forces, it might be as bad as it was then.

One Piece 958 to Reveal More about Roger and Garp vs. Rocks Pirates 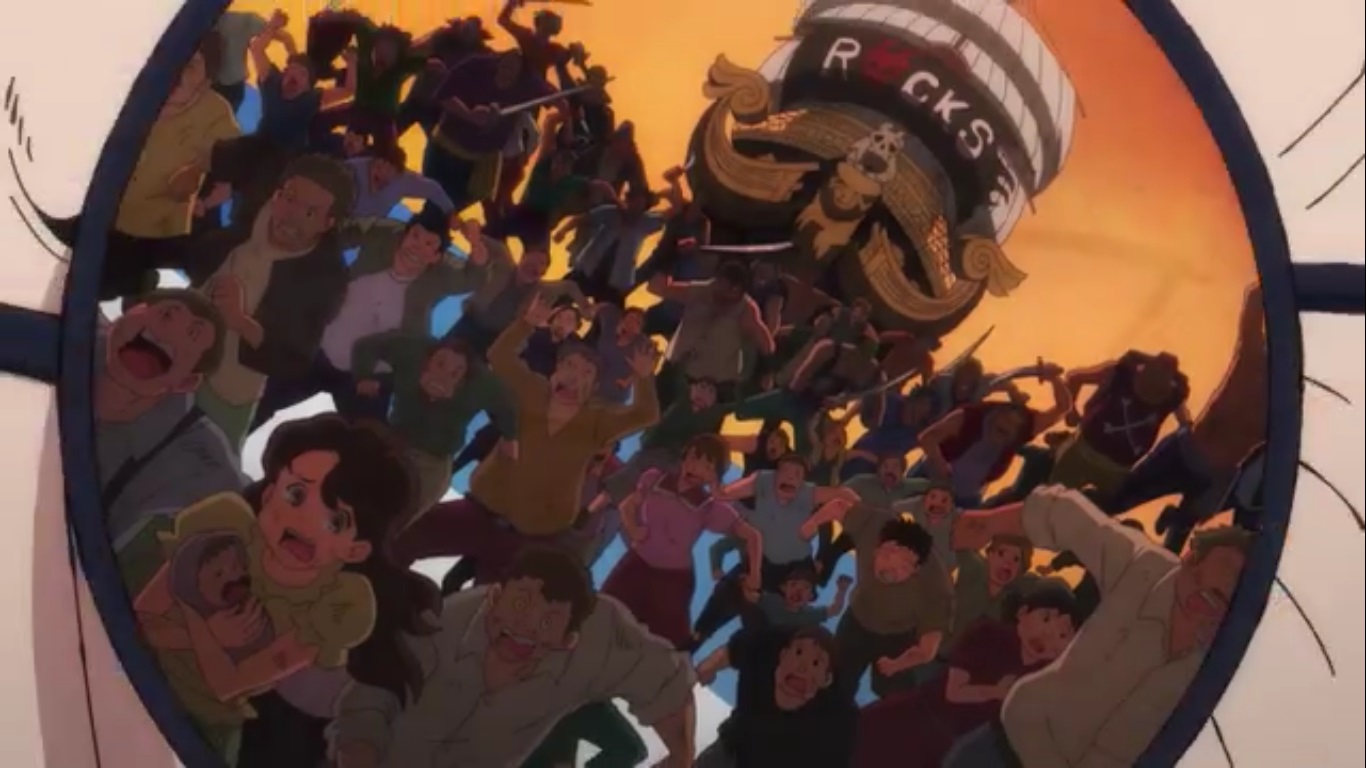 The fight that has taken place in the now nonexistent God Valley island. Gol’D Roger and Garp vs. Rocks Pirates fight have likely destroyed the entire island. The most incredible war that has affected an island so far that we know of is where Aokiji fought with Akainu. And now Punk Hazard as we know it in half-ice half lava probably because of their abilities’ awakening. And now the environment remains like that without any change.

God Valley is said to have disappeared with the defeat of the Rock Pirates. And they have disbanded ever since. Now the remnants, and probably the only known living crewmembers. Have joined forces, and the events will shock the world. A lot of things are happening now, and the marines are very concerned.

With all the marine forces on their way to capture the former Shichibukai, we don’t know if the marines will interfere with Wano country’s events. Since they keep tabs on the situation, they are likely to want to do something about it later on. But we are yet to see what they will do about the Big Mom and Kaidou’s alliance.

More Updates in One Piece Anime

Understandably, the event itself is more significant than going after the Shishibukai. So we will see how the Marines respond to the situation as it is. One Piece anime has now entered an exciting territory.

Even if the recent episodes are not filled with action, they add meaning to the story itself. And if one misses these events, you might not understand what happens later on. The latest episodes of One Piece are released every Sunday. You will be able to watch them online on Funimation and Crunchyroll for either subbed and dubbed episodes, respectively.

For more news and updates, you can check out our Weekly News updates, where we cover Anime and Manga news for the week. One Piece manga break will be ending, and you can check more updates over there.