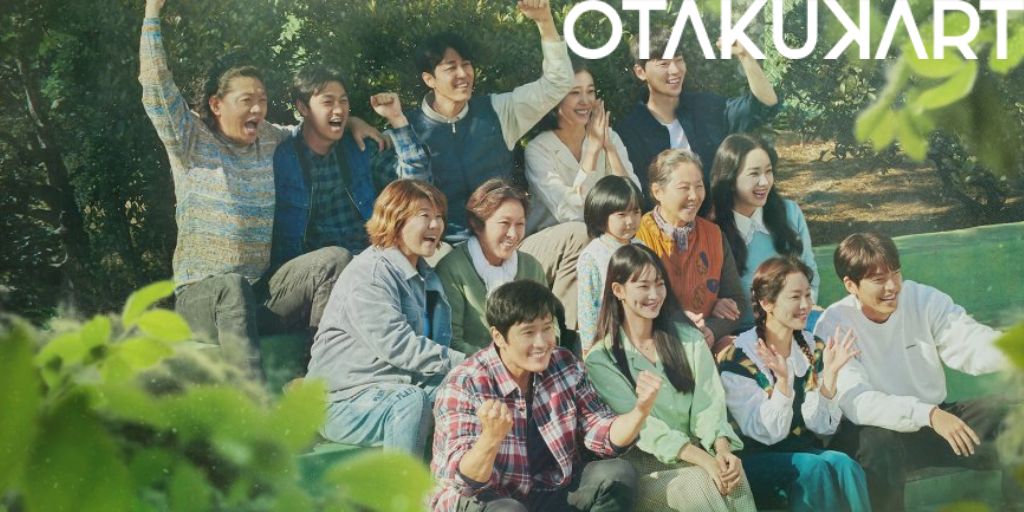 The melodrama anthology ‘Our Blues’ moved us all with its emotional storyline and impactful message. To add the cherry on top, Our Blues cast was full of the top Hallyu stars. When the Our Blues cast was revealed, fans could not believe the amount of talent they would see on the same screen. The screenwriter of Our Blues is Noh Hee Kyung, who has also written the screenplay for great kdramas such as That Winter, The Wind Blows, It’s Okay, That’s Love, and The Most Beautiful Goodbye.

To make things perfect, Our Blues was directed by Kim Kyu Tae, known for his work in Moon Lovers: Scarlet Heart Ryeo, Arthadral Chronicles: Season 2, and That Winter, The Wind Blows. Over the course of twenty episodes, Our Blues tells the story of various characters with moving back stories that are connected to each other by one means or the other. Each character was brilliantly portrayed by the actors in the Our Blues cast! If you want to find out who are the actors in Our Blues cast, then keep on reading!

Get To Know The Our Blues Kdrama Cast:

Renowned actor Lee Byung Hoon graced the Our Blues cast. This is Lee Byung Hoon’s first proper kdrama in three years. He appeared in the Netflix survival series Squid Game in 2021. He plays the role of Lee Dong Seok in this kdrama. Additionally, Lee Byung Hun has won the best actor at almost every prestigious award show. When it comes to the kdrama world, Lee Byung Hun is considered a king in every genre. He is also well known in the States for his portrayal of Storm Shadow in the popular sci-fi film G.I. Joe: The Rise of Cobra.

Not to mention, he was the first-ever South Korean to present an award at the prestigious Academy Awards and is also a respected member of The Academy of Motion Picture Arts and Sciences. Furthermore, Lee Byung Hun is married to the beautiful actress Lee Min Jung and has a precious son. He is best known for his performances in Mr.Sunshine, Squid Game, Gaikoukan Kuroda Kosaku, and 8 Love Stories. 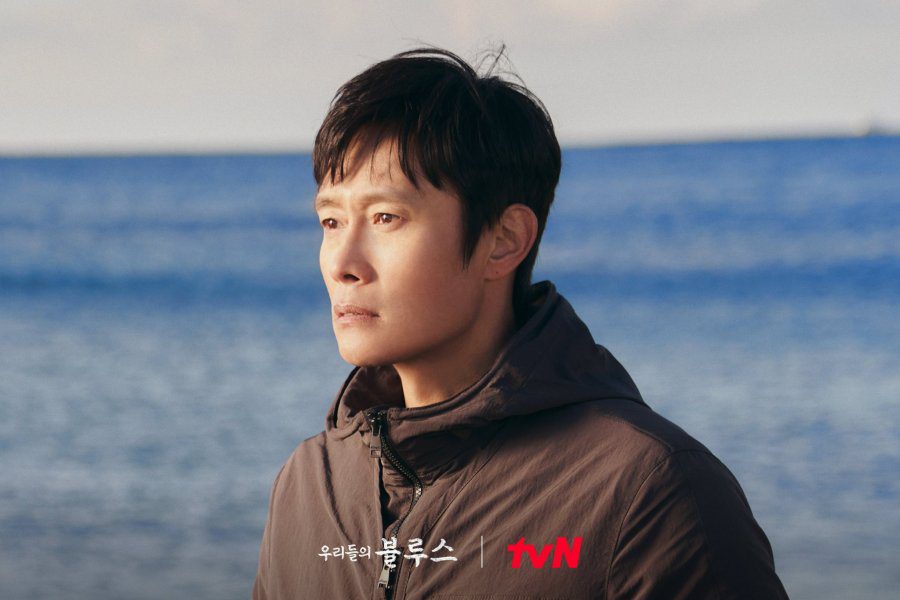 The beautiful actress Shin Min Ah added stars to the Our Blues cast with her presence. Apart from being an amazing actress, Shin Min Ah also rules the modeling world. Additionally, Shin Min Ah stepped into the entertainment industry as a model for a teen magazine in 1998. Moreover, Shin Min Ah was also nicknamed the commercial fairy because every brand endorsement that she did would turn out to be extremely successful. She has shot for Elle Korea, Calvin Klein, and Rag & Bone. Furthermore, Shin Min Ah debuted as an actress with the 1997 kdrama Yesterday.

After just two supporting roles, Shin Min Ah got her big shot in the 2003 kdrama Punch and has not looked back ever since. She has appeared in many iconic K-Pop music videos, such as The Day You Left by the well-known Kpop boyband, GOD. When fans heard that Shin Min Ah was a part of the Our Blues cast, they were beyond excited. However, Shin Min Ah’s beauty and talent were not the only reasons for the excitement.

Our Blues was also the first time Shin Min Ah would be seen on the same screen as her fiance, Kim Woo Bin. Shin Min Ah is best known for her roles in Hometown Cha Cha Cha, Chief Of Staff, and Tomorrow With You. 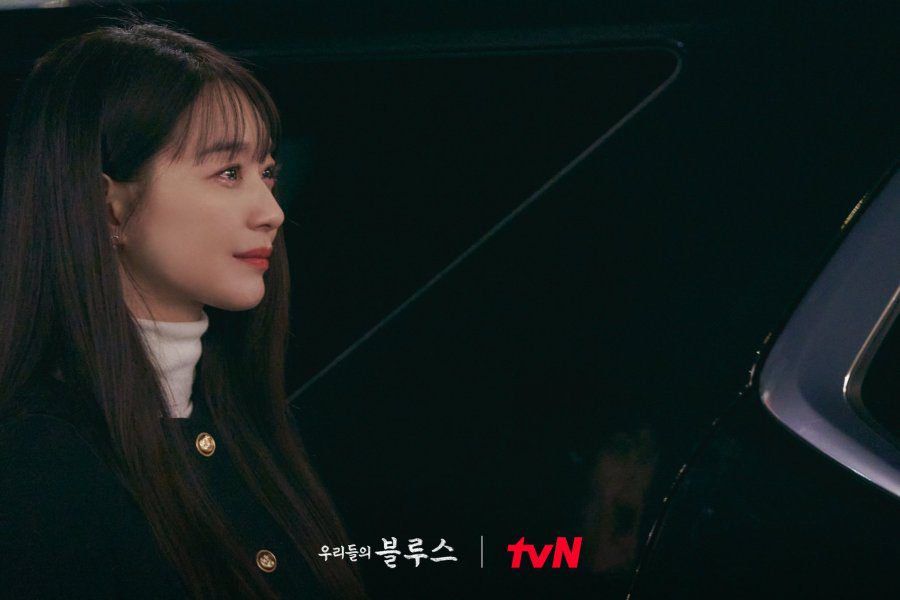 The talented actor Cha Seung Won was also among the many actors in the Our Blues cast. He made his acting debut in 1997 with the kdrama Holiday In Seoul and has been delivering amazing performances back to back ever since. Cha Seung Won has ruled over three decades of Kdramas. He won the Best Actor for Jail Breakers at the 39th Baeksang Arts Awards.

He further won the Best Actor at the Blue Dragon Film Awards and Grand Bell Awards as well. He plays the role of Shin Joong Han in Our Blues. Not only is Cha Seung Won an amazing actor, but the man is also a genius. He has an engineering degree from the Prestigious Mokwon University. The Our Blues actor is married and is also blessed with two beautiful children. The actor is best known for his performances in A Korean Odyssey, Splendid Politics, and You’re All Surrounded. 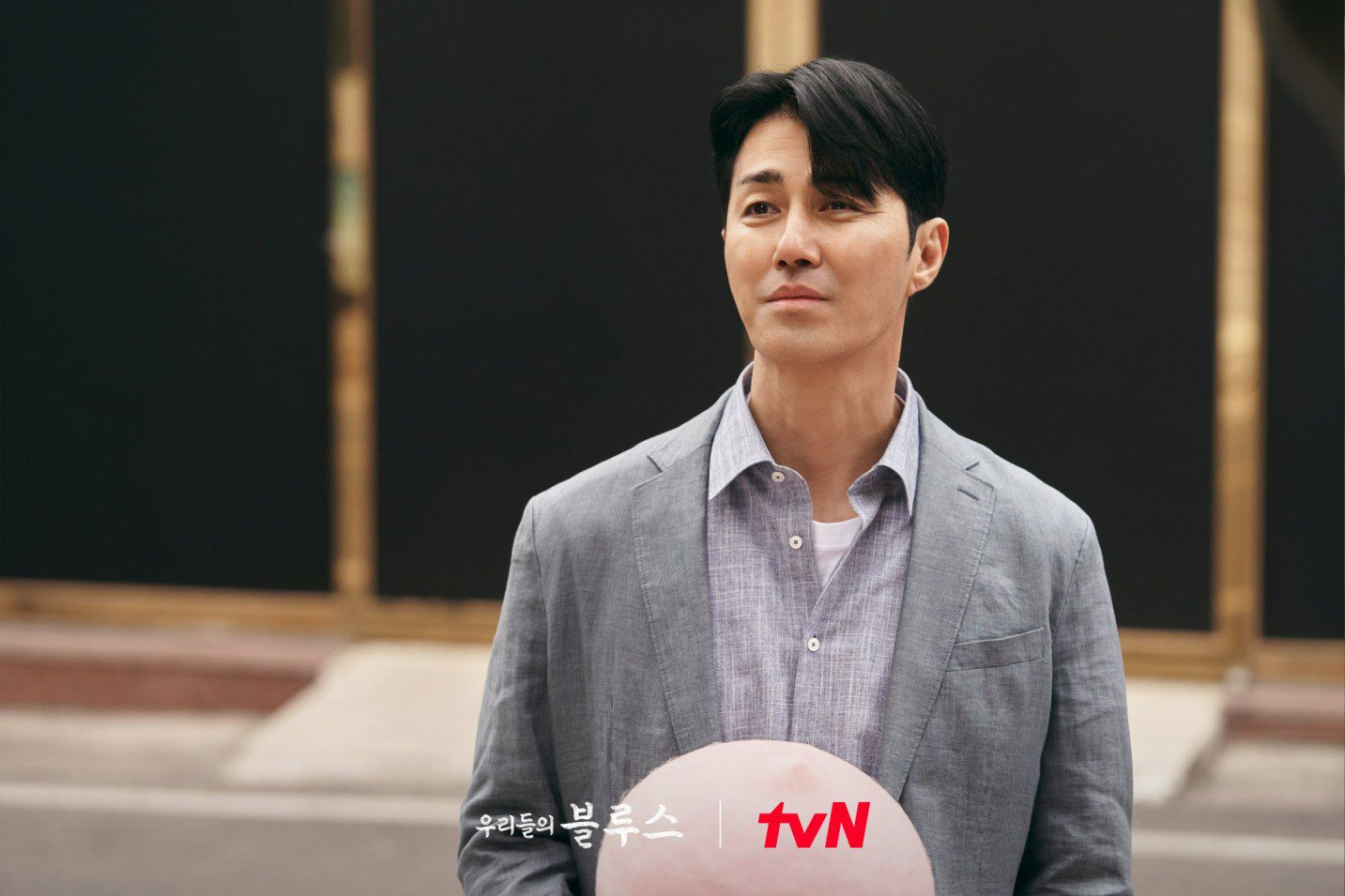 Beautiful actress Lee Jung Eun plays the role of Jung Eun Hee in Our Blues. Many may recognize her as the housekeeper from the Oscar-award-winning movie, Parasite. She is best known for her performances in Juvenile Justice, Our Blues, and Law School. 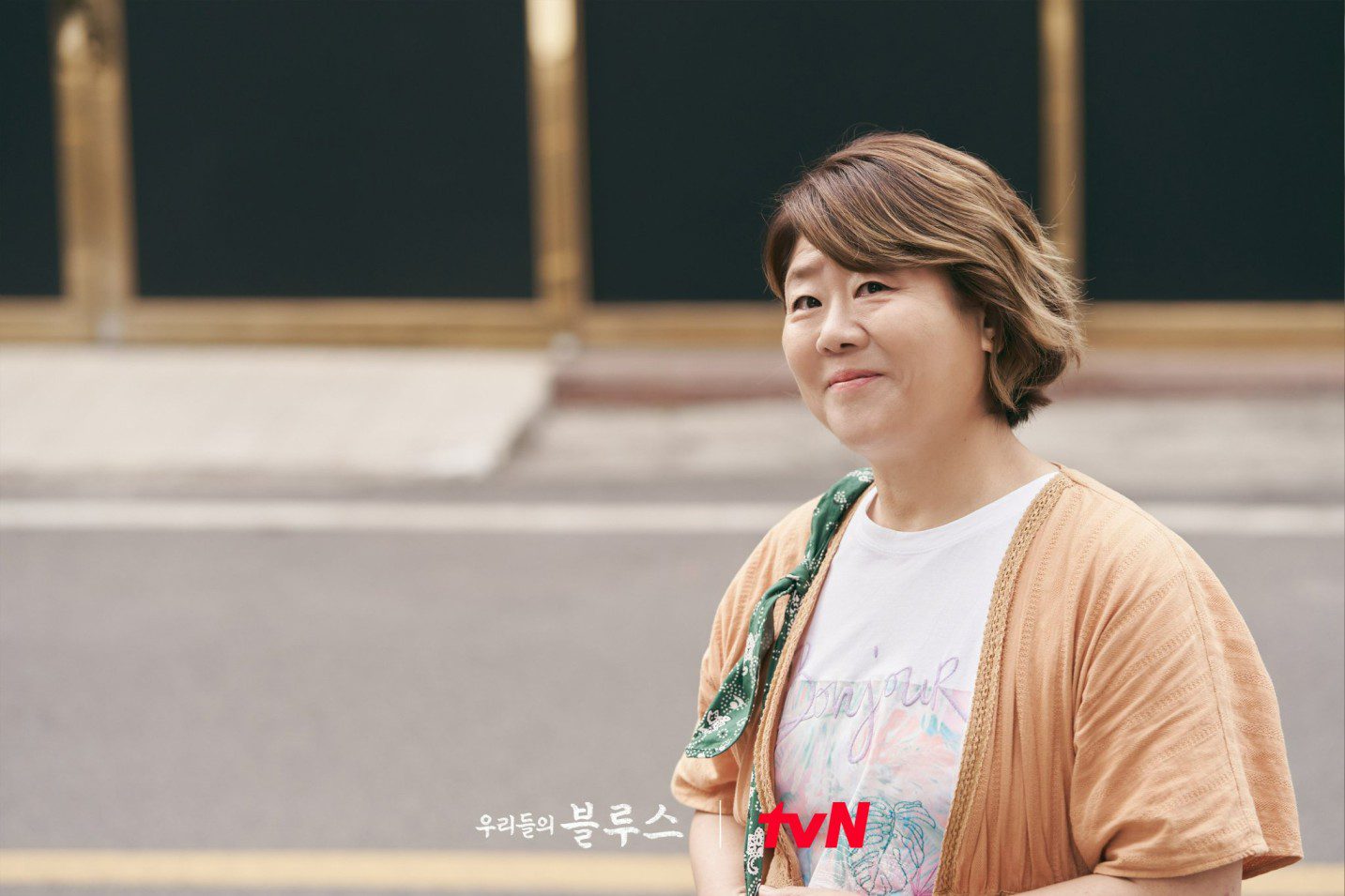 Actress and well-known singer Uhm Jung Hwa is also a part of the Our Blues cast. She plays the role of  Go Mi Ran in the kdrama. Additionally. Uhm Jung Hwa is considered to be one of the most influential people in the Korean entertainment industry. She is best known for her roles in The Man Who Can’t Get Marries, Witch’s Romance, and You’re Too Much. 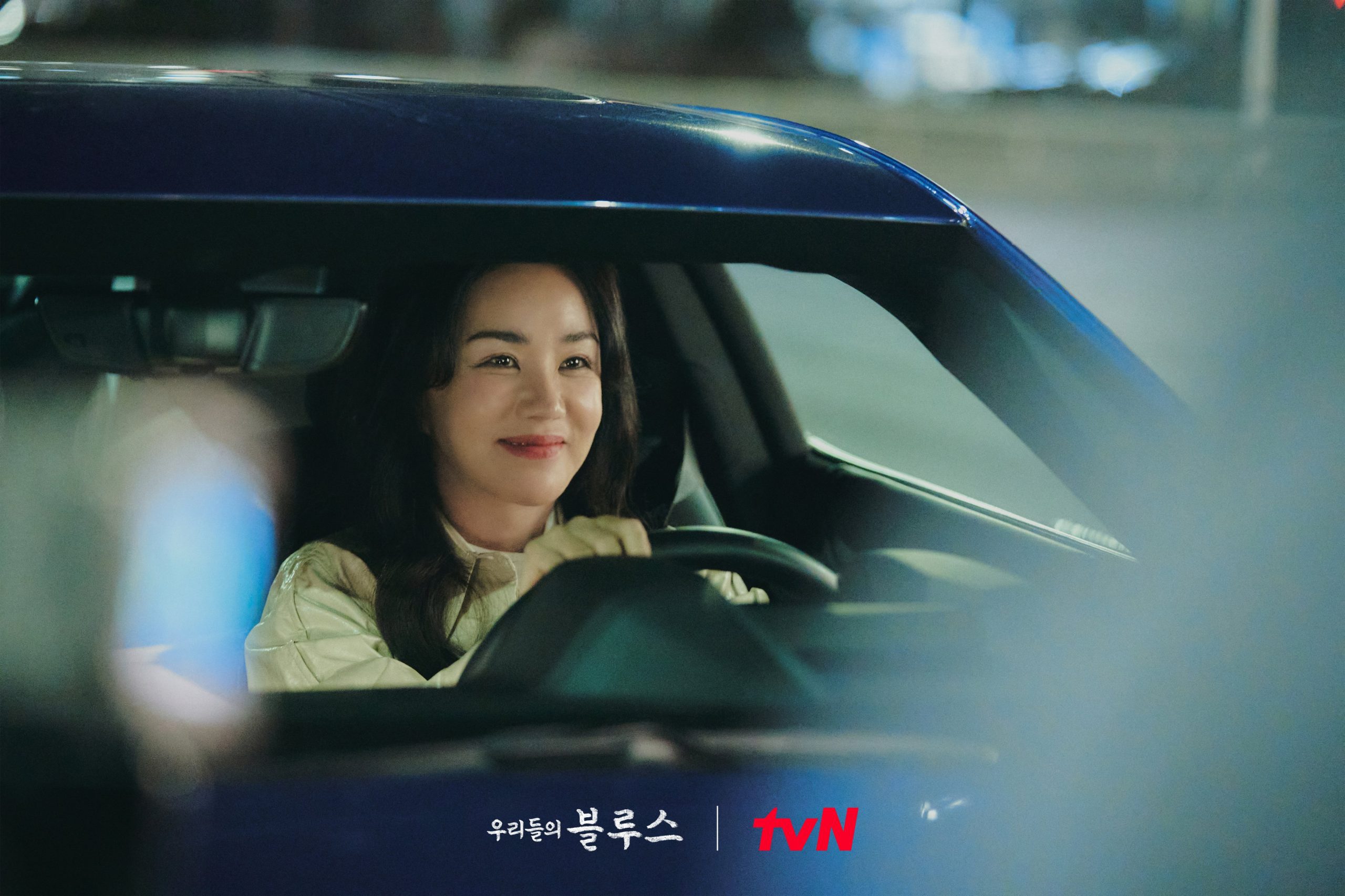 The stunning actress Han Ji Min was also a part of the Our Blues kdrama cast. Furthermore, Han Ji Min is managed by BH Entertainment. She has received the Best Actress Award for her brilliant portrayal of an ex-convict in the masterpiece of a movie Miss Baek. She is best known for her roles in One Spring Night, The Light In Your Eyes, and Hyde, Jekyll, Me. 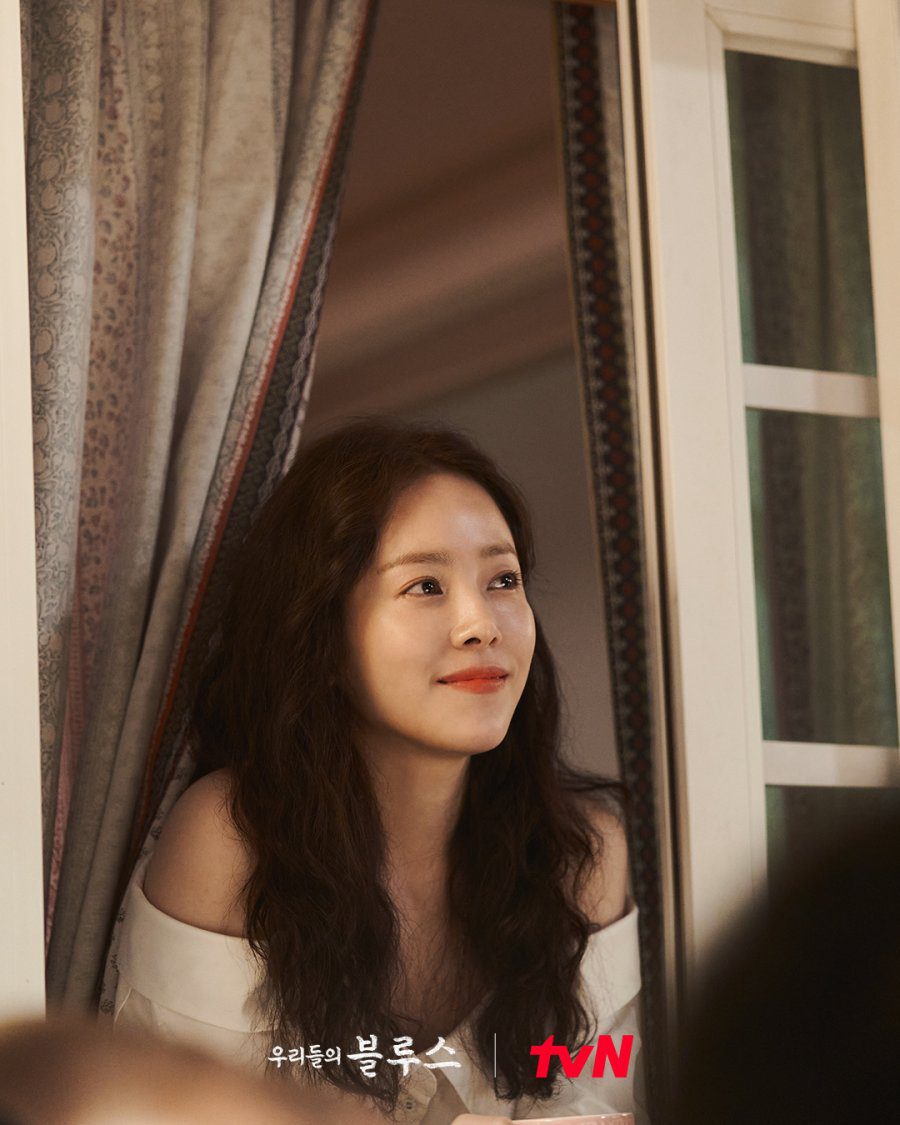 The most exciting addition to the Our Blues cast was no doubt the loved actor Kim Woo Bin. Kim Woo Bin knows how to slay runways and also as an actor. The actor is also an overachiever academically. He received the title of honorary ambassador at Jeonju University. In May of 2017, Woo Bin’s agency talked about the actor’s nasopharyngeal cancer diagnosis.

Our Blues marked his big return to kdramas after nearly four years, during which he was undergoing chemotherapy. The actor has been dating the dimpled beauty Shin Min Ah ever since 2015. Among his many exceptional achievements is his appointment as the honorary ambassador for the 2018 Winter Olympics in Pyeongchang. He is best known for his roles in Uncontrollably Fond, The Heirs, and We Are Young. 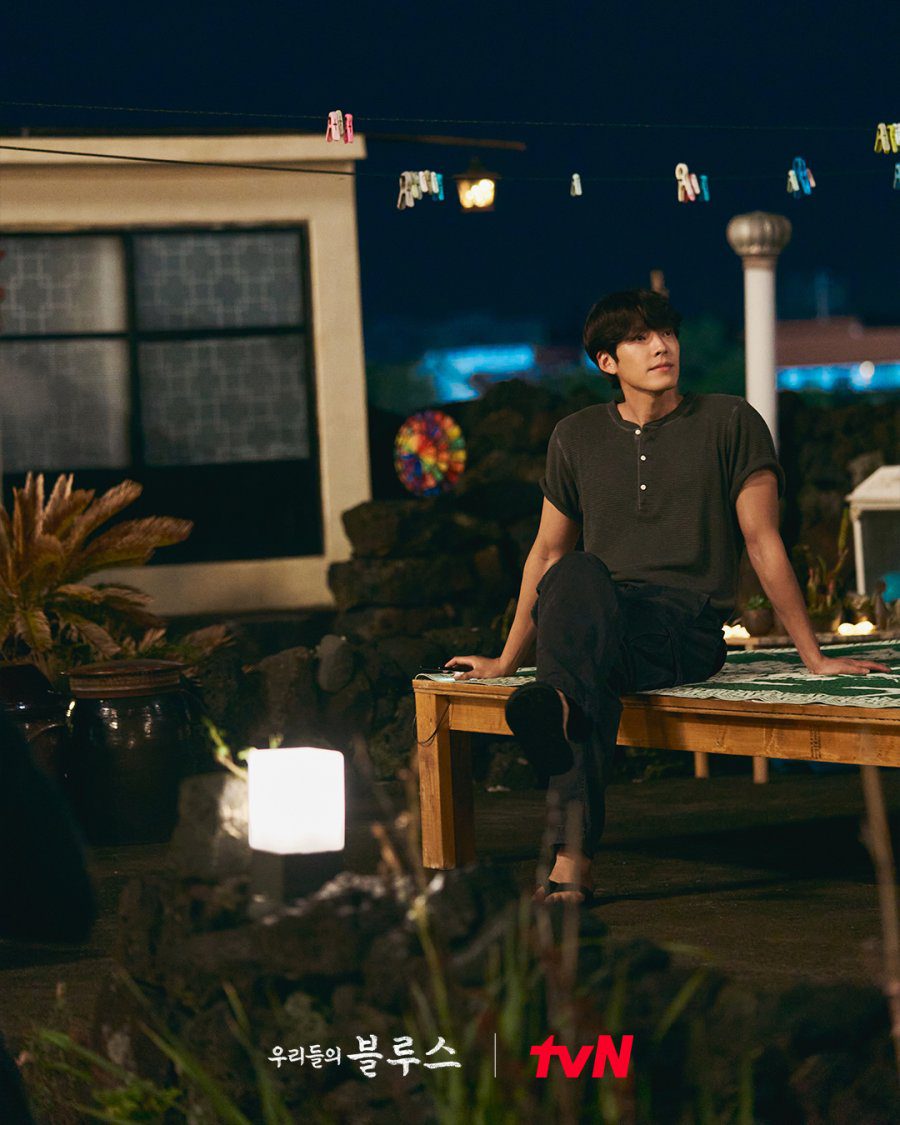 Renowned actress Kim Hye Ja was also a part of the Our Blues cast. She plays the role of Kang Ok Kang in Our Blues. She is best known for her performances in The Light in Your Eyes, Unkind Woman, and Mom’s Dead Upset. 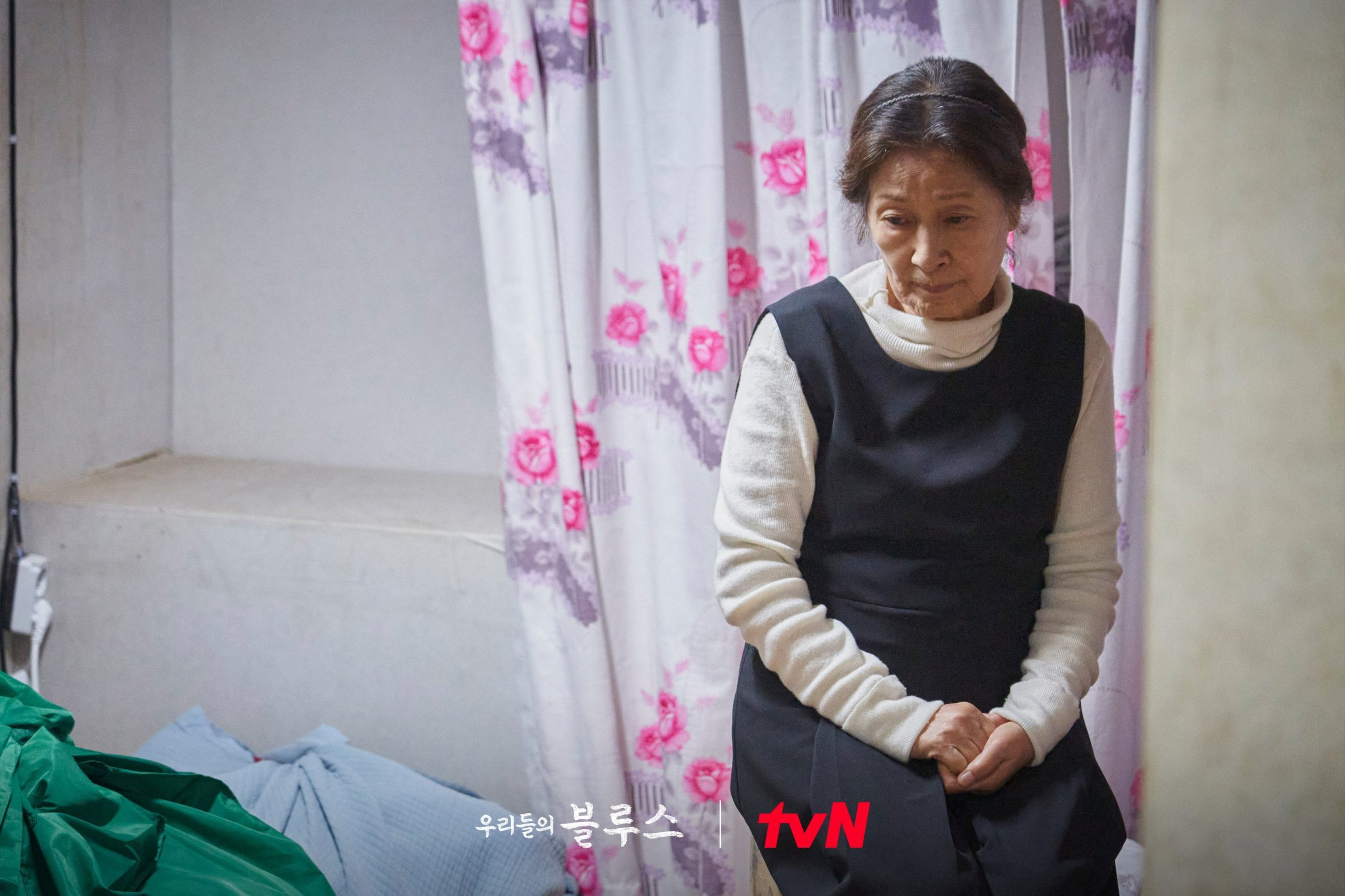 The veteran actress Go Doo Shim was also a part of the Our Blues cast. She has been blessing us with her great performances ever since 1972. Furthermore, she is a seven times Daesang award winner, which is the highest acting prize in South Korea. In Our Blues, she plays the role of Hyun Choon Hee. 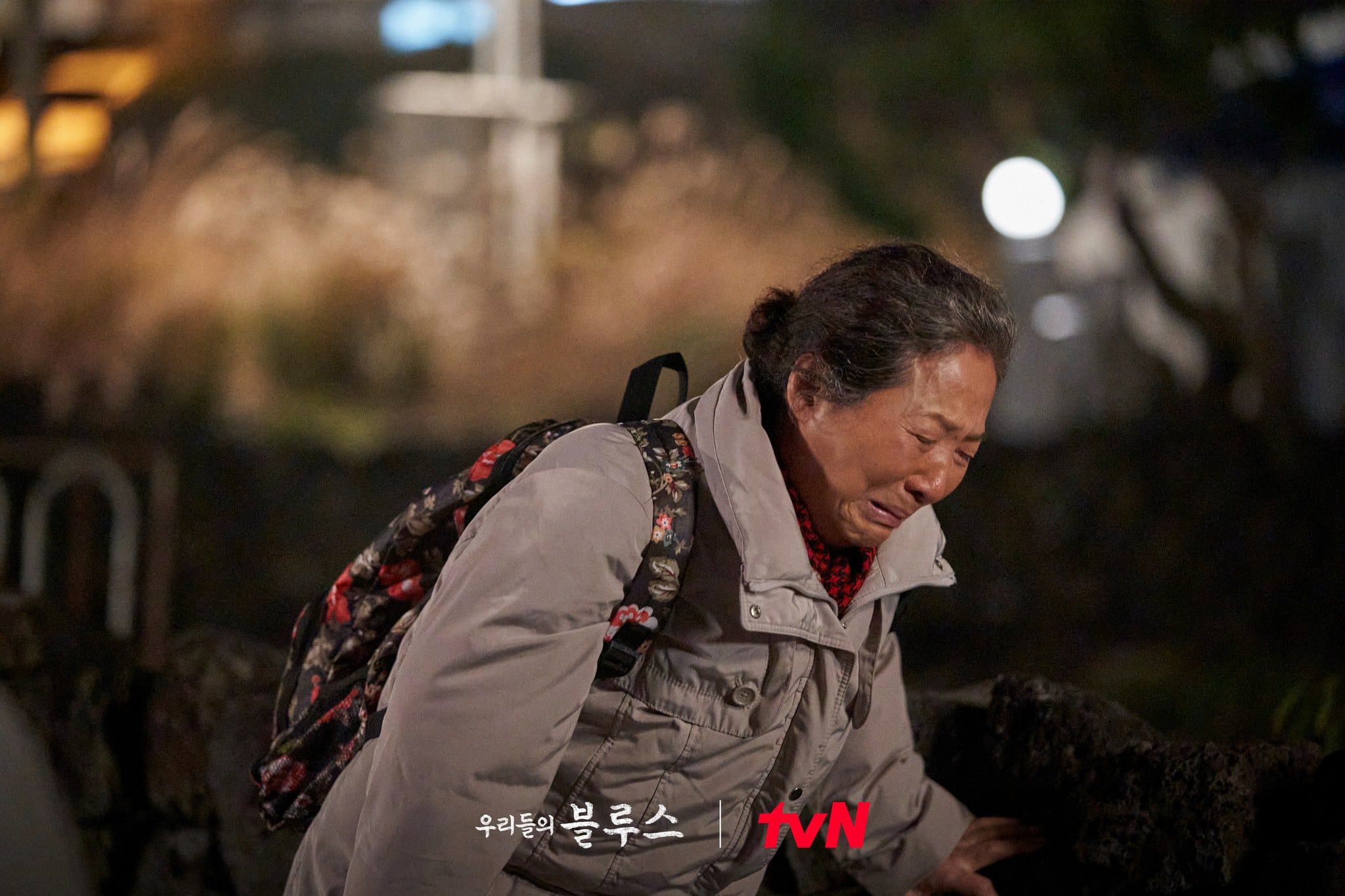 The cute Son Eun Ki in Our Blues is played by Gi So Yoo. She is only five years old and still knows how to deliver a stellar performance. You may have seen her play the younger version of characters in many popular kdramas such as My Dangerous Wife, Witch’s Love, and  Love (ft. Marriage and Divorce). 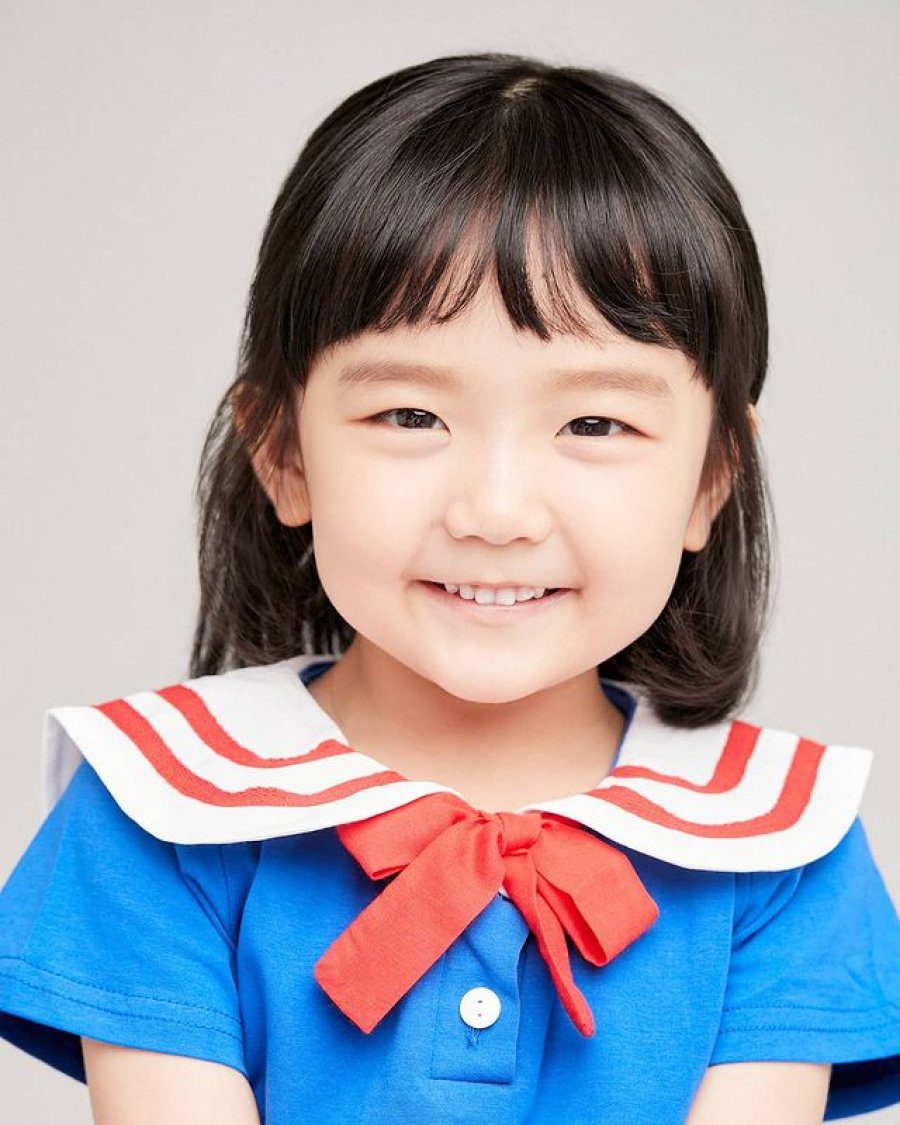 Talented actor Choi Young Joon plays the role of Bang Ho Shik in Our Blues. Additionally, he shines as a performer in Vincenzo, Why Her? and Inspector Koo. 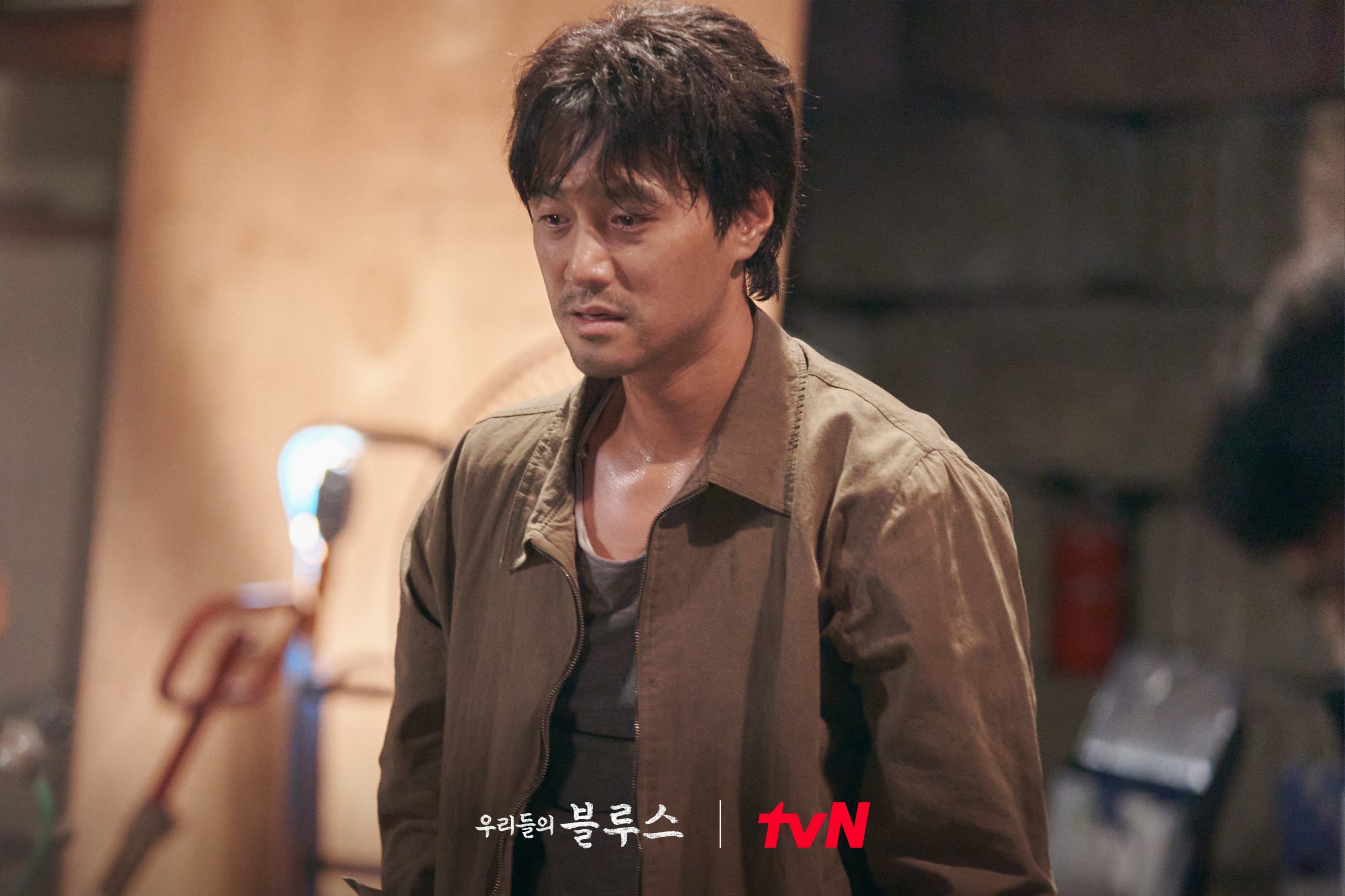 This was Park Ji Hwan’s first-ever main role in a kdrama. He has contributed as a supporting actor in many popular kdramas such as The Nokdu Flower, Black Dog, and Touch Your Heart. In Our Blues, Park Ji Hwan plays the role of Jung In Kwon in Our Blues. 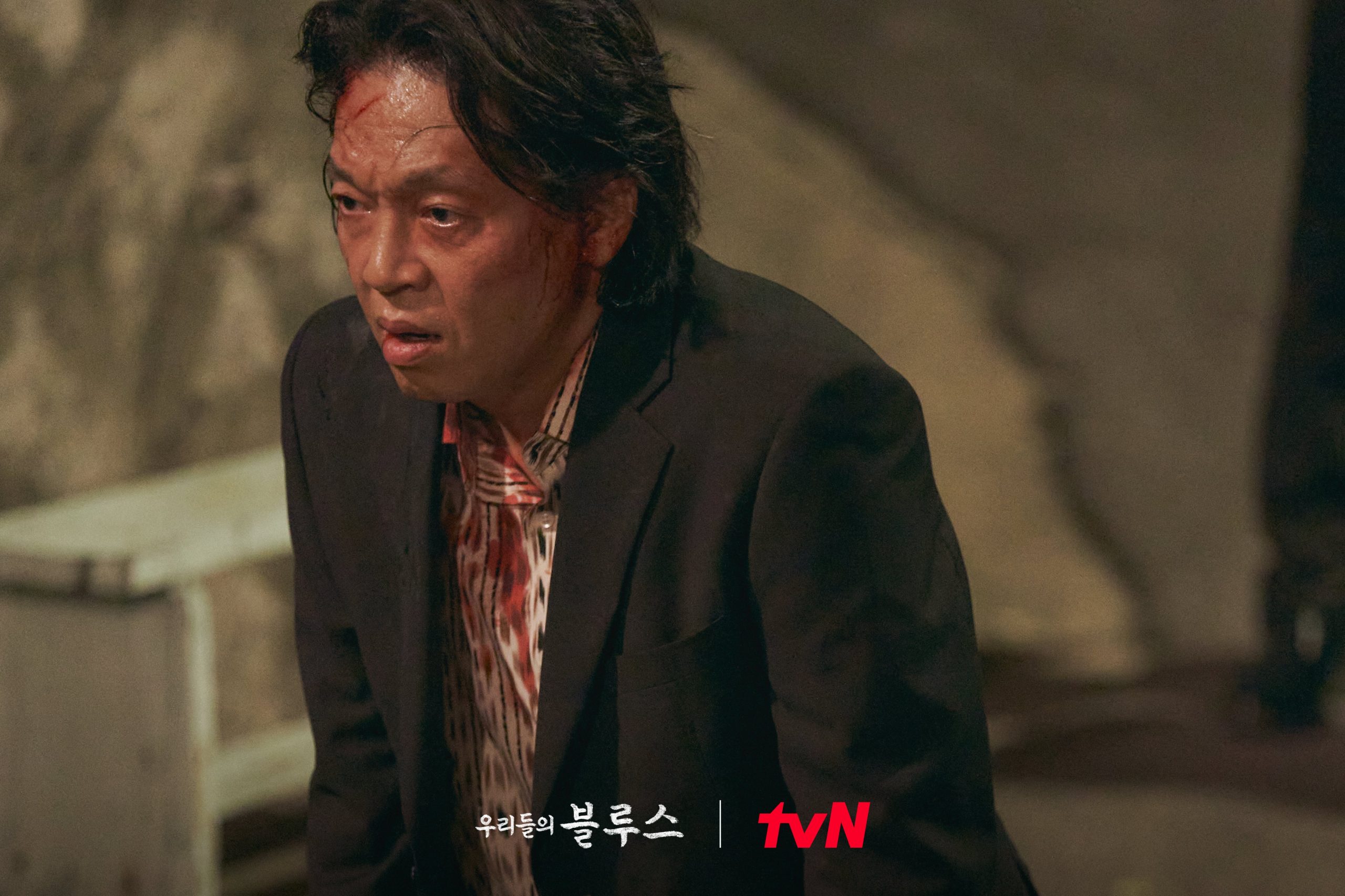 Another brilliant addition to the Our Blues cast was the up-and-coming actor, Bae Hyun Sung. He is managed by Awesome Ent. Furthermore, he is best known for his performances in the web series Love Playlist. 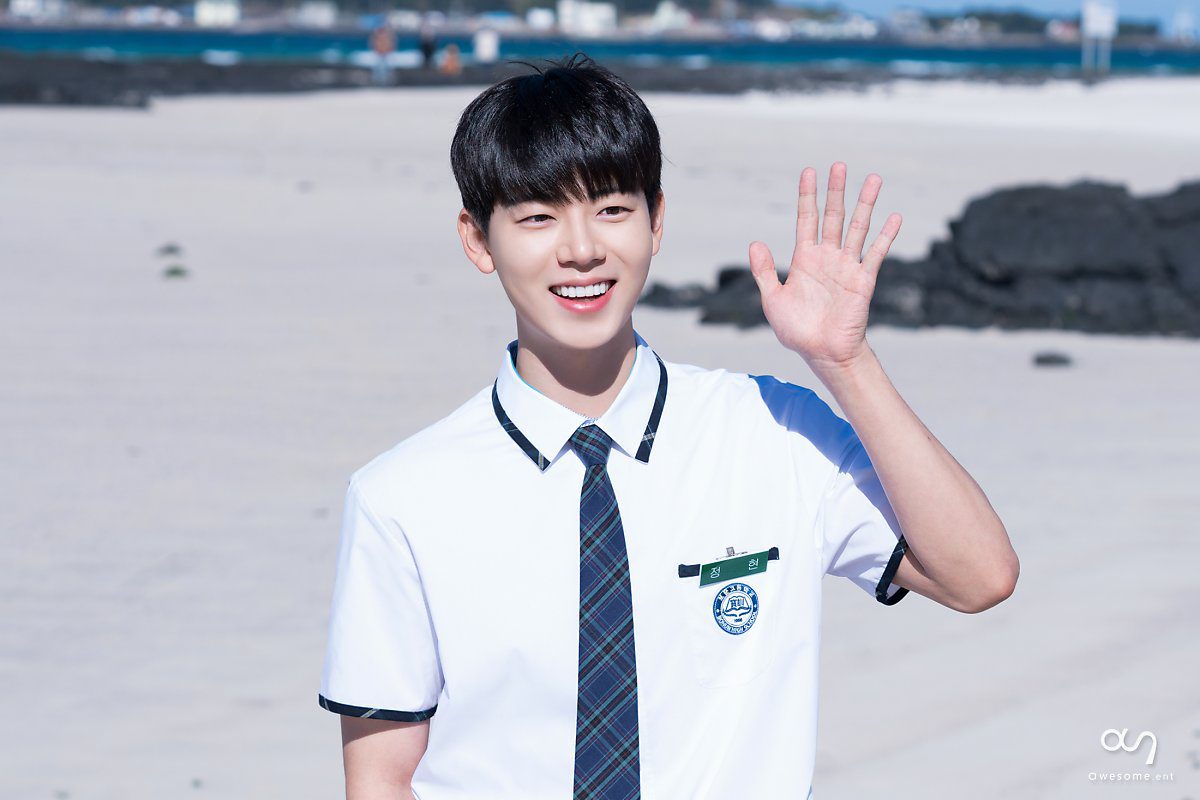 A new face among the many actors in the Our Blues cast was of Roh Yoon Seo’s. She impressed us with her portrayal of Bang Young Joo, and fans cannot wait to see more of her on-screen. 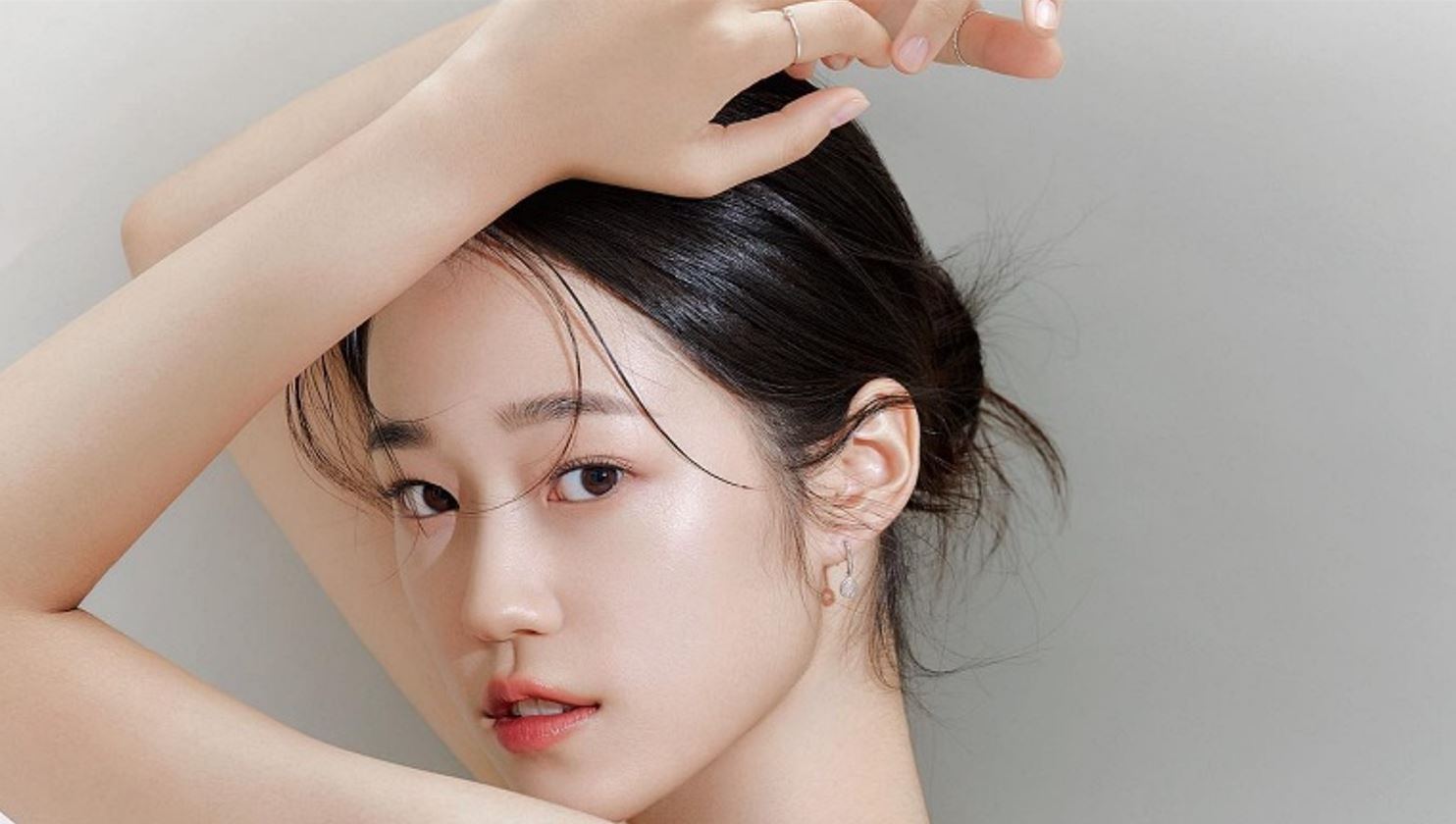 Another new face that impressed us in Our Blues is Jung Eun Hye. She plays the role of Lee Young Hee in the kdrama. Fans cannot wait to see her play more roles. 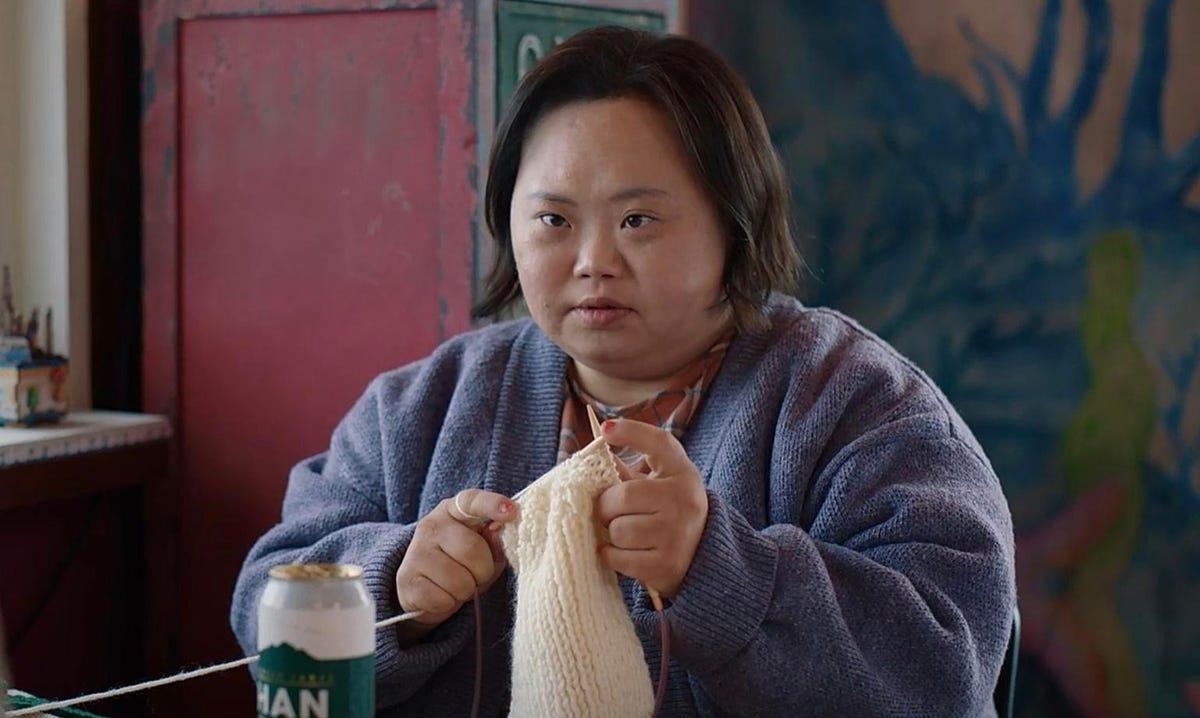