In “The Orville: New Horizons,” which takes place 400 years in the future, the crew of the U.S.S. Orville keeps on with their exploration mission while navigating the universe’s mysteries and the intricacies of their relationships. With The Orville’s third season, creator and showrunner Seth MacFarlane is making the most of every chance. The show’s current Hulu streaming renaissance has already shown its most sophisticated, moving, and character-driven season. In the previous episode, a new and exciting item that the mother claims will make things much easier is welcomed home by an alien family by the father.

When they open the crate, a Kaylon is inside. LaMarr and Keyali are in bed on board the Orville when she unintentionally breaks a few of his bones. He goes to the sick bay. When LaMarr enters, Dr. Finn is about to leave for dinner. He alleges that during a combat simulation, he was hurt. As she examines him, she discovers numerous wounds. This is the third time this week, she claims. She goes to meet Isaac for dinner. She expresses concern that LaMarr may be hiding something related to his wounds. Using words from his research, Isaac tries to flirt with her. 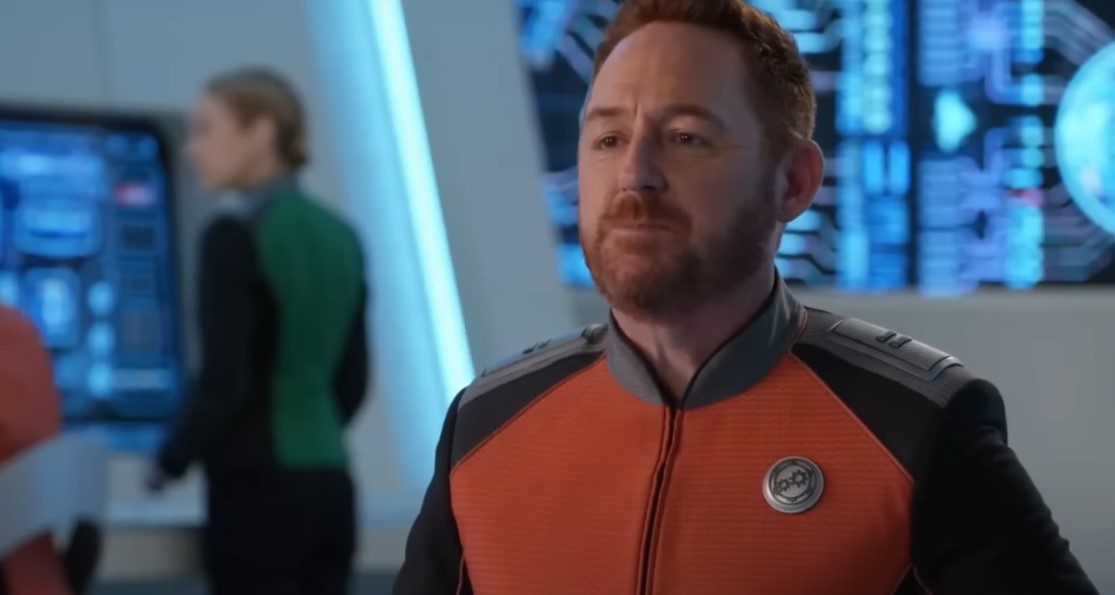 Let’s take a look at the episode!

A lab is discovered by Mercer’s landing party while exploring the mine’s ruins. A Kaylon comes up to them. He calls himself Timmis and says he doesn’t mean to hurt them. A female alien joins them. Dr. Villka is who she introduces herself as. She affirms Timmis’ innocence and supports her. She explains that she and her father discovered Timmis in the charred remains of a Kaylon ship that had crashed while attempting to flee the Union battle. They took his weapons away and fixed him. Timmis was also given the capacity to feel and encounter empathy thanks to their efforts.

Timmis and Dr. Villka consent to board the Orville to convey their findings to the Union. Dr. Villka’s installation of cybernetics in Timmis has LaMarr giddy with delight. Burke alerts LaMarr to Janisi’s planned visit to engineering. She needs his cheat sheet because she’s giving them a tour. For the duration of the tour, Engineering is closed to males. The ship’s quantum core astonishes Janisi. Keyali suggests that the technology might be shared if the Janisi united with the Union. Keyali leaves the tour when LaMarr draws her attention. He queries her about her avoidance of him in her office.

She tries to end their relationship by pointing out his ongoing injuries. He adamantly maintains that their relationship is genuine and that he doesn’t want to end it. She admits that neither does she but warns that they must exercise extreme caution to prevent any further injury to him.

The family in the alien home is observing a piece of technology. K-1 is told to leave but stays and inquires about the show. K-1 queries why he is their servant when the father tries to direct him to clean up the kitchen. The father decides K-1 is broken and makes a morning phone call to the company. K-1 obeys his command to turn off the power. Dr. Villka tells LaMarr about Timmis’ neural network in the astrophysics lab. Timmis is eager to meet Isaac when he comes in. Dr. Villka and LaMarr leave them to get to know one another.

Timmis informs Isaac that Dr. Villka could use the same cybernetics to give him emotions. Following the conclusion of the agreement with the Janisi, Admiral Halsey commands Mercer and Grayson to bring Dr. Villka and Timmis to Union Headquarters. Once more, in bed, Keyali inadvertently breaks LaMarr’s leg. Isaac sees LaMarr stumbling to the hospital. He is infuriated that he is being treated for injuries once more; Dr. Finn assists him.

Dr. Finn questions Isaac about Timmis’ feelings before he leaves. Isaac informs her that he declined the chance to have the procedure performed on him. More grievances are presented to Yan, the founder, and CEO of the Kaylon company, by a clerk in Vandicon, the company’s headquarters. Yan acknowledges that he foresaw the Kaylons’ independence and disobedience. He weighs his options. His clerk rejects an upgrade that he introduces.

Seth McFarlane in The Orville

On it, he is adamant. The Janisi are invited to a meal on board the ship. They are at first offended to see men in the room, but Grayson explains that they believe it is important to educate men so they can help in an emergency. A disagreement results from the Janisi Lieutenant’s choice to mate with Mercer. When Grayson admits it, Janisi is furious. They declare that they intend to depart soon.

Meet The The Orville Season 3 Cast!

Where To Watch The Orville?

If you want to watch The Orville, you can stream it from Hulu and Apple iTunes. Also, you can buy the episodes from Amazon Prime Video, Vudu Fandango, Google Play, and the Microsoft Store.

The Orville Season 3 Episode 8 will release on July 21, 2022. The upcoming episode will be titled Midnight Blue; it will run for 48 minutes.