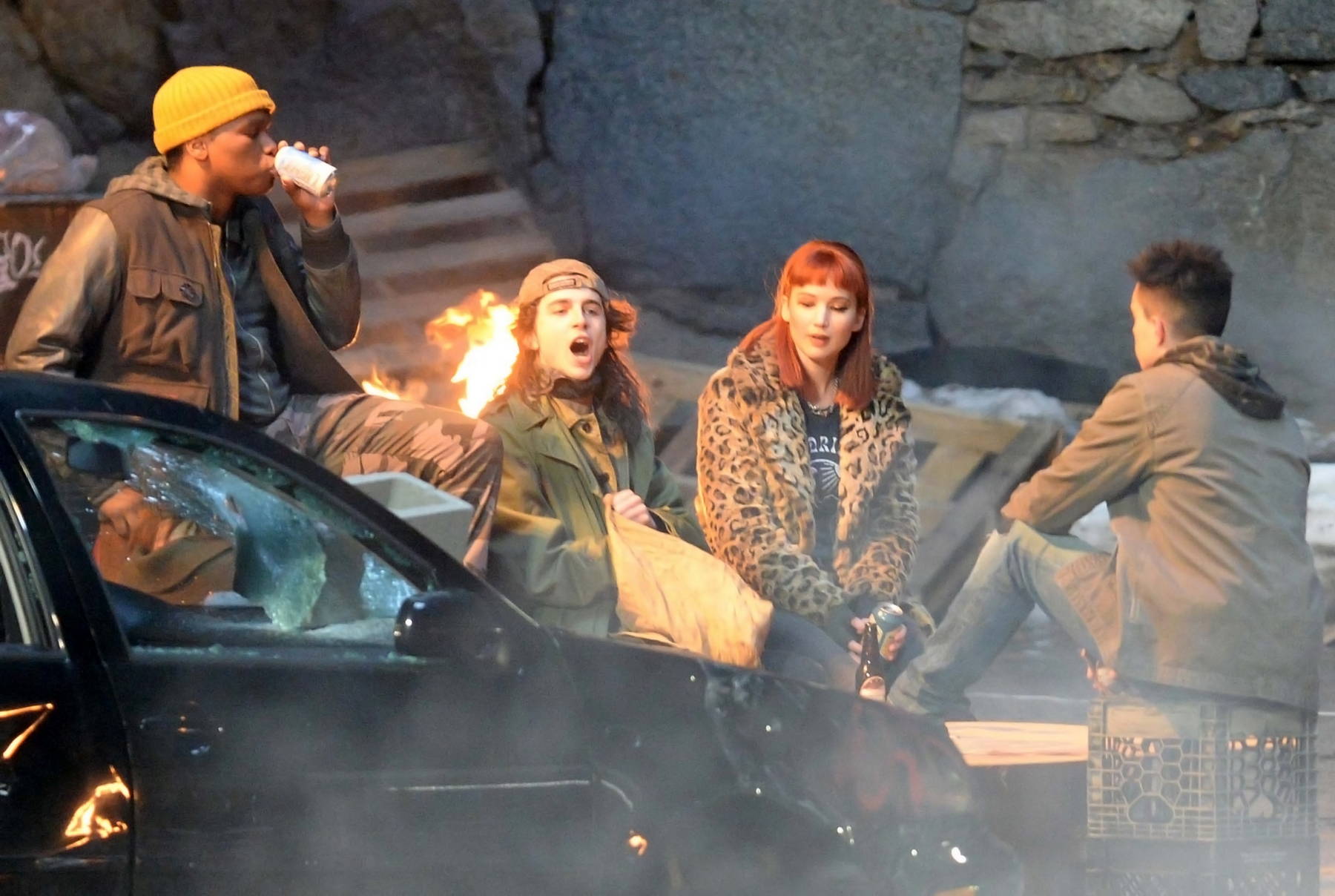 The pandemic year is still here, but we are getting better and better at handling it. This also applies in Hollywood movie productions that started to roll after a year-long suspension. One of the most awaited films of the year is also about to build itself up and ready to be screened in the near time. Yes, we are talking about Adam Mckay’s self-written upcoming movie ‘Don’t Look Up’ produced by Scott Stuber which production is currently in progress and has started shooting since the end of the year.

Photos on the internet showed us a few images from the shooting location of the movie in Boston, Massachusetts. Leonardo Dicaprio wearing a gray flannel covered in a green grappled coat, plus some glasses for the typical intellectual astronomers’ look. Cate Blanchett was seen wearing a maroon dress and an Anna Wintour haircut. While Jennifer Lawrence looks hotter than ever in her first on-set pictures taken after her long break from filming due to the virus outbreak and also her fresh marriage with Cooke Maroney back in 2019. She rocked her red straight weave with bowl cut pony. 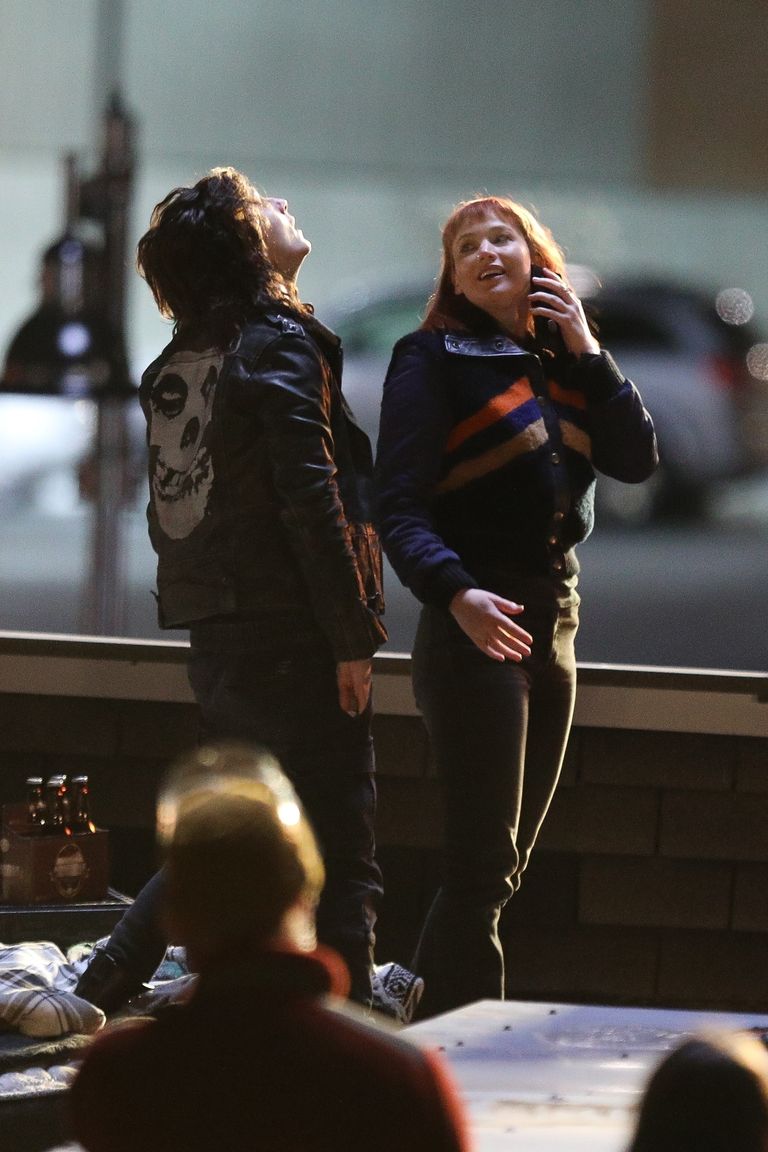 Among those taken photographs, one particular scenery stands out and creates a discussion on the internet. It shows the image of Timothee Chalamet, the 25-year-old ‘Call Me By Your Name’ and ‘Little Women’ star, kissing the newly-wed thirty-year-old Jennifer Lawrence passionately. It is not confirmed yet whether the two will play two lovers. But we are excited to learn more about it. 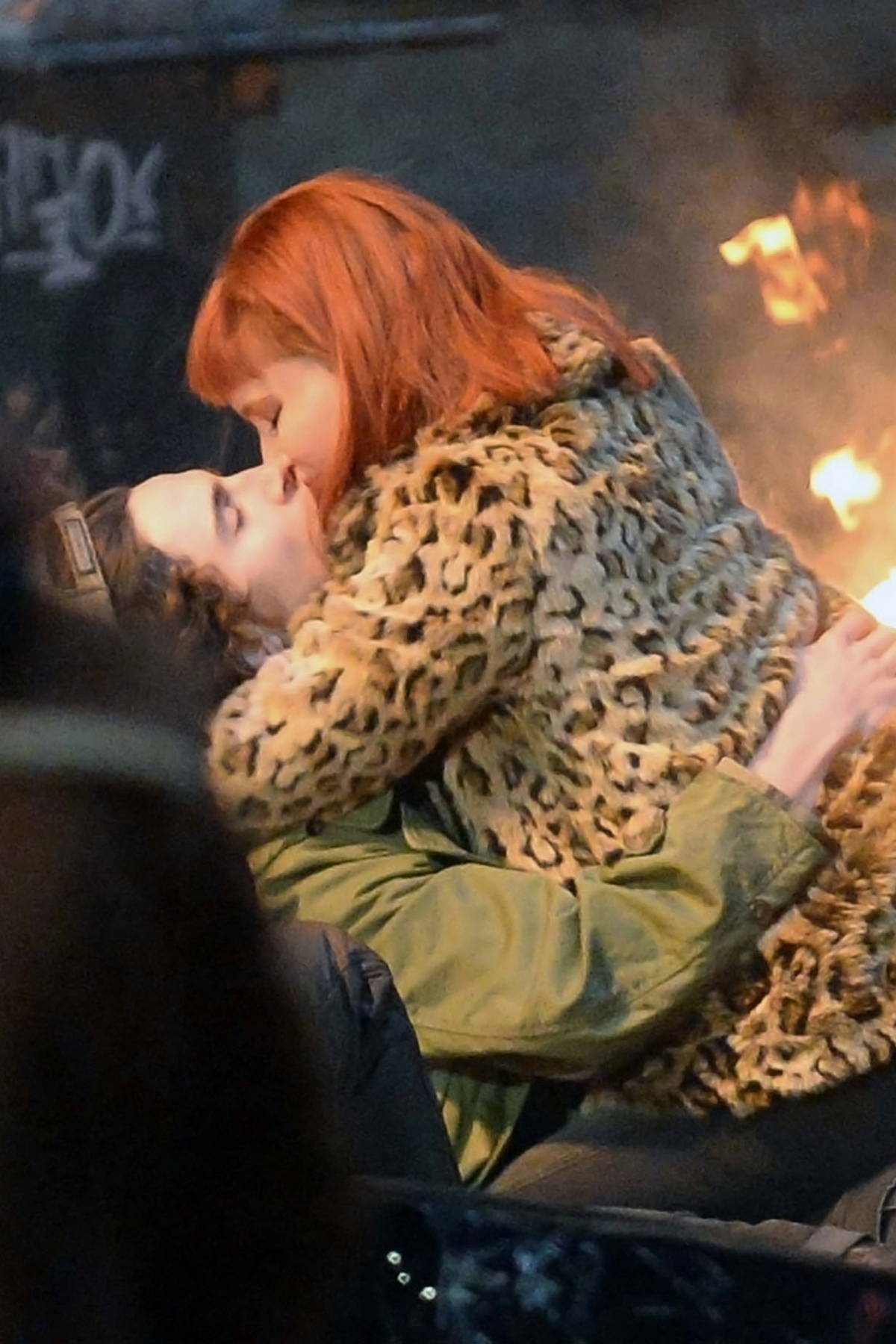 Back in 2018 during the first outbreak of the ‘Call Me by Your Name’ phenomenon, Jennifer Lawrence didn’t even hesitate to express her obsession with the late actor, saying that she’d ‘butter him up like a pig for slaughter’ when he gets older in an interview press tour for her movie ‘Red Sparrow’. She also praised his acting skills and said that he was ‘so hot’. It was quite a bold statement. It’s no secret that Lawrence got some serious crush on the American actor, and we can tell she is having a blast on-set of ‘Don’t Look Up’ with the actor as her comrade.

While the making of the film is in progress, The film’s cast is already screaming the top-tier elite legacy of Hollywood and is already awaited by so many fans and critics. Oscar winners, polished money-making entertainers, and legendary figures are bound to star in this comedy movie. Actors like Timothee Chalamet, Meryl Streep, Jonah Hill, Ariana Grande, Kid Cudi, Matthew Perry, Himesh Patel, Chris Evans, Cate Blanchett, dan Rob Morgan are dedicating themselves to this project.

So far we haven’t got any on-set photos from other stars like Ariana Grande and Meryl Streep, but fans are still very excited to see the film once it is coming out on Netflix around summer this year.

As reported by Variety, Don’t Look Up will follow the story of two low-level astronomers who go on a media tour to warn humanity about an upcoming asteroid that has the potential to destroy the planet earth. By only reading the blurb we can expect good action-packed comedy from these amazing actors and actresses.

Lawrence and DiCaprio are expected to play the two astronomers, Kate Diblasky and Dr. Randall Mindy, while Timothee Chlamet is playing the character of Quentin.

As for the director Adam McKay, known for his succesful film projects such as ‘Step Brothers’, ‘Anchorman’, ‘Talladega Nights’, ‘The Big Short’, and the hit movie ‘Vice’ will act as director and scriptwriter for the film. In addition, he will also produce the film with Kevin Messick under McKay’s production house, Hyperobject Industries.

Apart from the project Don’t Look Up, DiCaprio recently starred in the film adaptation of Martin Scorsese’s ‘Killers of the Flower Moon’.

Meanwhile, Streep has been involved in other Netflix films, namely Ryan Murphy’s ‘The Prom’ and the HBO Max comedy ‘Let Them All Talk’ directed by Steven Soderbergh.

Chalamet, who previously starred in Little Women with Streep, has a new film project ‘Dune’ which is set to be released in October this year, ‘The French Dispatch’ in next May, and the Bob Dylan biopic ‘Going Electric’.