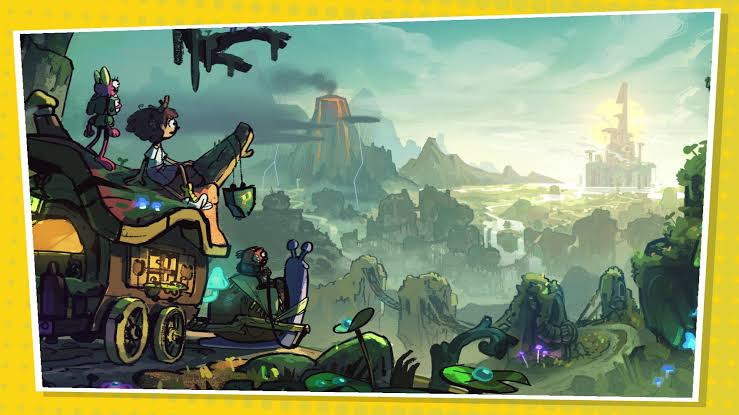 The American animated television series, produced under the banner of Disney Television Animation, and created by Matt Braly, will be returning with a second part this year. Originally released on June 17, 2019, the second season of the show was announced on May 15, 2019, shortly before the release of the first season on Disney. The show received positive reviews for entertaining the young audience while tackling necessary themes that should be taught to them for their age. Proceed with utmost care as the post bears spoilers. Avoid the article if you don’t want to see any spoilers.

When is Amphibia Season 2 Releasing?

Amphibia Season 2 will be releasing in June 2020. Although there isn’t any official declaration of the release date of the adventurous comedy series, a safe assumption can be made by following the usual pattern of the release of the previous season, according to which ‘Amphibia’ Season 2 may release sometime in June 2020, which we mentioned above. We will update you on this section, as soon as we get further information.

Where to watch Amphibia Season 2, and whom will it cast?

Amphibia Season 2 will be airing on Disney channel, and anyone with a cable subscription to the channel can watch it. The last season had a total of 20 episodes having a runtime of 22 minutes each. Brenda Song, Justin Felbinger, Bill Farmer, and Amanda Leighton has given their beautiful voices to the characters of the series, in the first season, like Anne and her sidekick, Sprig. It is expected that all the original cast members will be returning for the second season as well.

What is Amphibia about?

The series follows the adventures of a self-centered teen girl, Thai-American by origin, named Anne Boonchuy. After stealing a mysterious music chest on her birthday, the girl is transported to Amphibia by magic, a wild marshy island full of anthropomorphic frogs and giant versions of smaller animals. However, once she befriends an adventurous 10-year-old frog named Sprig Plantar, she gets a companion guiding her to become a hero in reality, while exploring the first true friendship of her life, while living with the Plantar family.