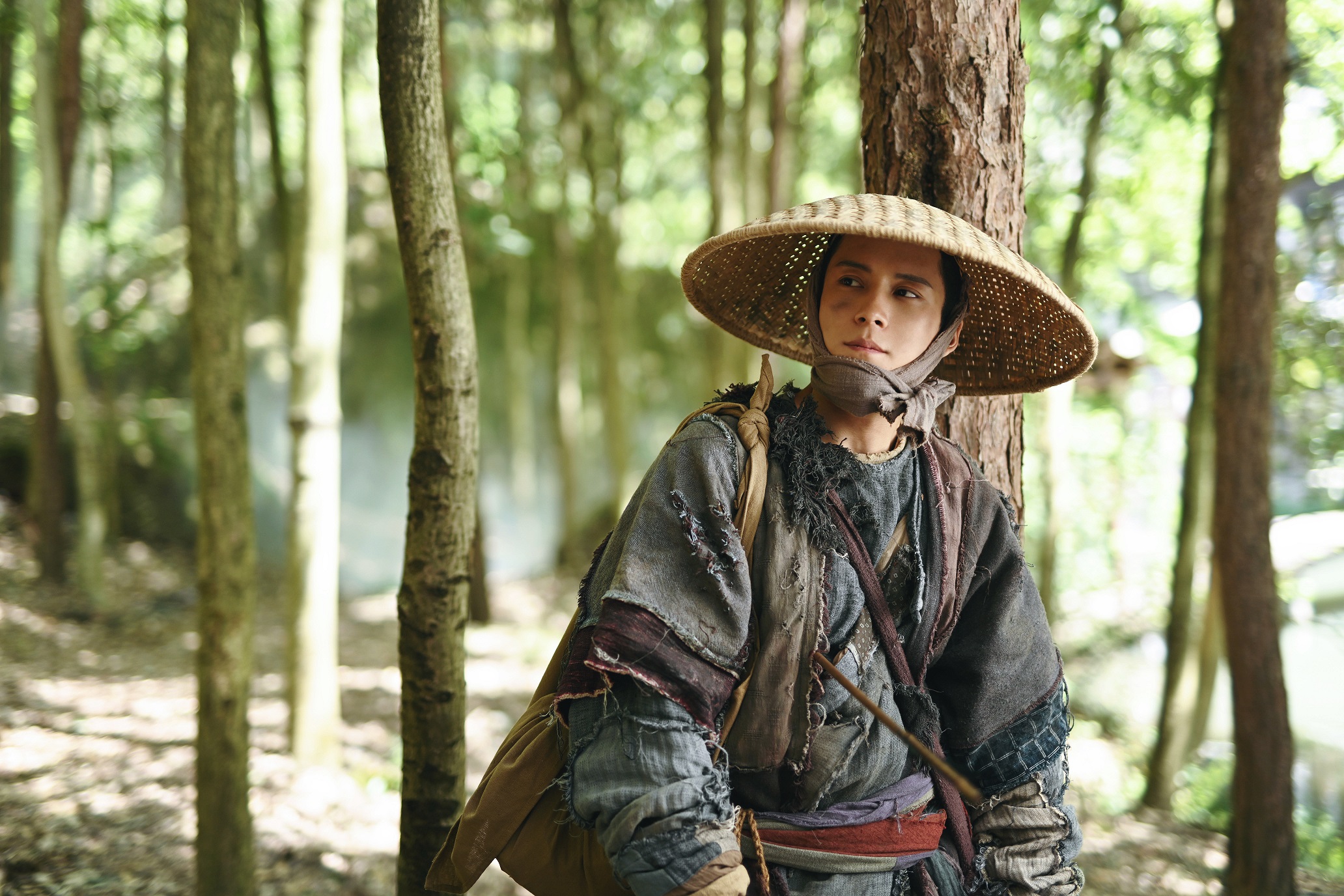 The year is 2021, and everyone you know is obsessed with one Chinese drama or another. As you watch your friend ramble about another one of these, you wonder to yourself how you’ve missed watching them. But this is not a new trend by any means. These entertainment works have been popular for quite a while now, and a lot of us drama nerds can vouch for it. If that makes you want to watch one even more. this is exactly what we meant to do here!

There are several Chinese dramas out there that you might come to love. They range from comedy to romance to even thriller. Whatever you are in the mood for, rest assured that there is something out there for you. If you are new to this realm of entertainment and are trying to find some good picks to start your journey with – you are in just the right place. With this article, we will look at 15 popular Chinese dramas that might tickle your fancy.

1. A Love So Beautiful 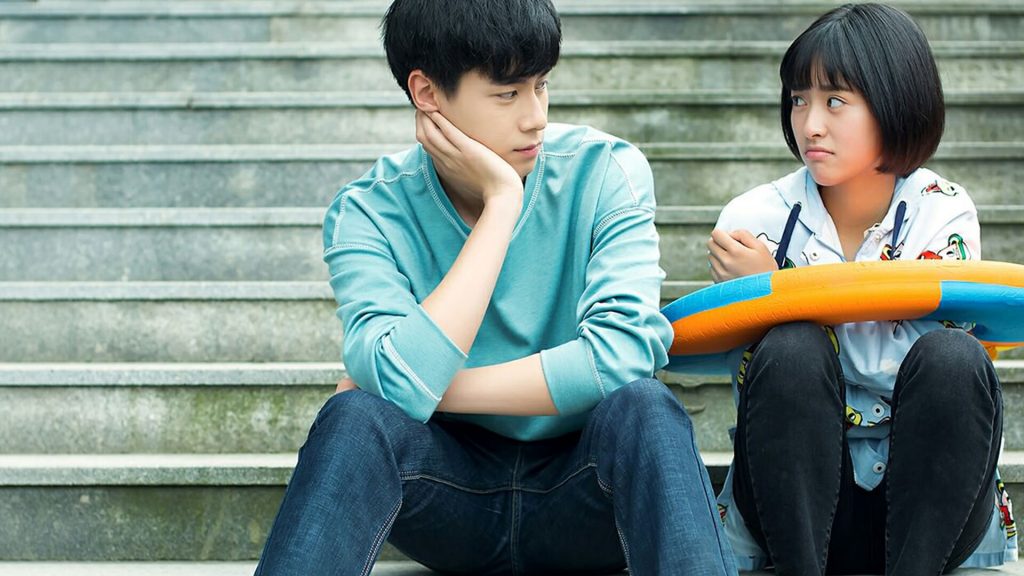 This is a romantic comedy that came out in 2017 and currently has one season under its belt. The plot follows two people who are drastically different from each other. They are not only classmates but also neighbors, to make things interesting. An unlikely relationship blossom between them in time – one they never knew was in the cards. This show deals with how the two navigate life, relationships, family, school, and each other. It is funny, heartfelt, and a great one to start with. 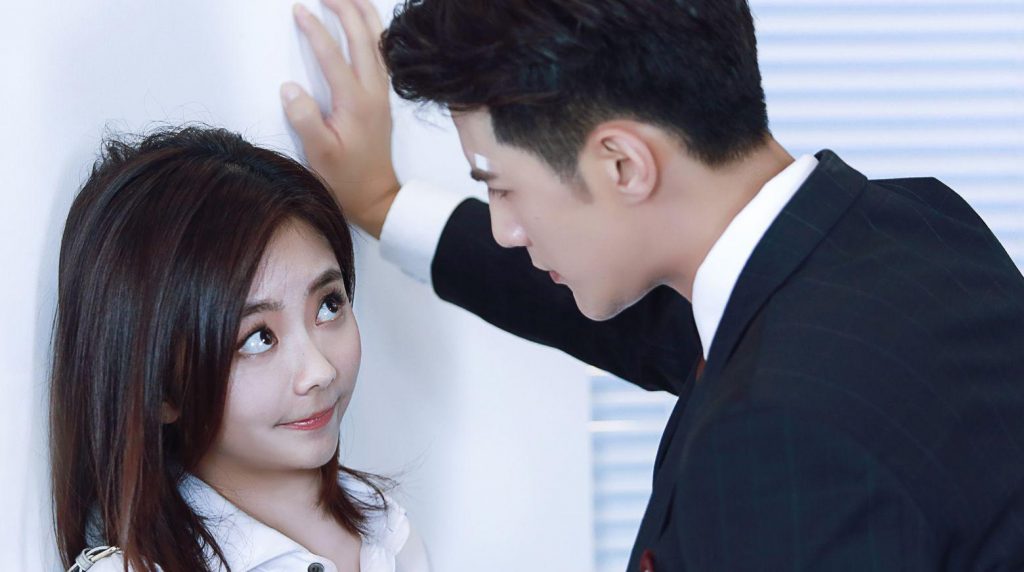 This one is another romantic comedy that came out in the year 2017. This series currently has 2 seasons and is one of the most popular Chinese drama out there. The Fox’s summer plot revolves around a rich CEO of the well known Gu department store. She is given a unique task – to help the insanely annoying Gu family heir with the business since he would one day take over the organization. What starts as a love-hate relationship soon becomes a textbook romance – one we will all be talking about for a while. 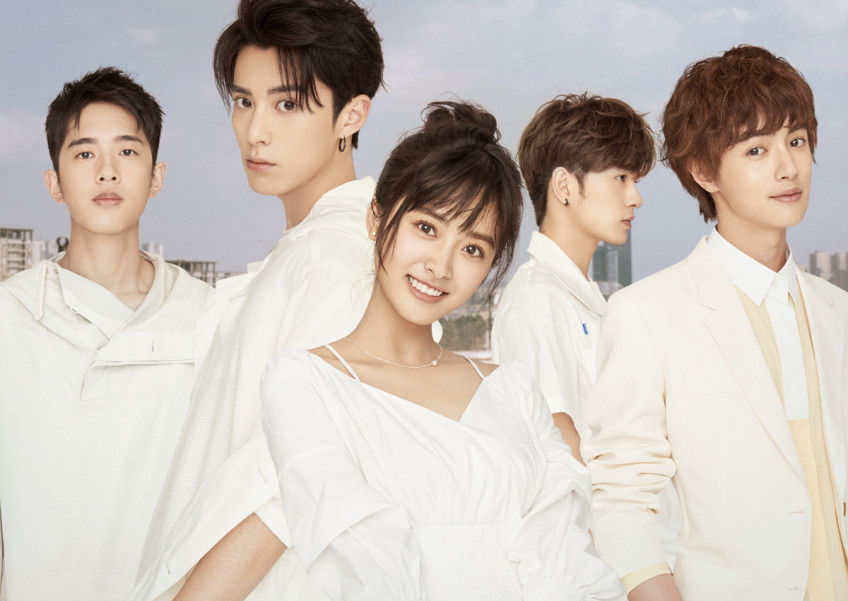 If you are to sort these shows by popularity, then Meteor Garden will sure top them all. If you are to start watching Chinese drama, it would be a sin not to watch this one. This romantic comedy came out in the year 2018. Though it has only one season to its name, it has managed to create a whole new fanbase for itself. This is another girl-meet boy story. No, not that. It is a girl meets boys story. The plot follows Dong Shancai, whose dream is to get into one of her country’s most popular universities. In the wake of this dream coming true, she meets a group of elite boys who completely change her life. Little does she know that she will soon meet her love too. 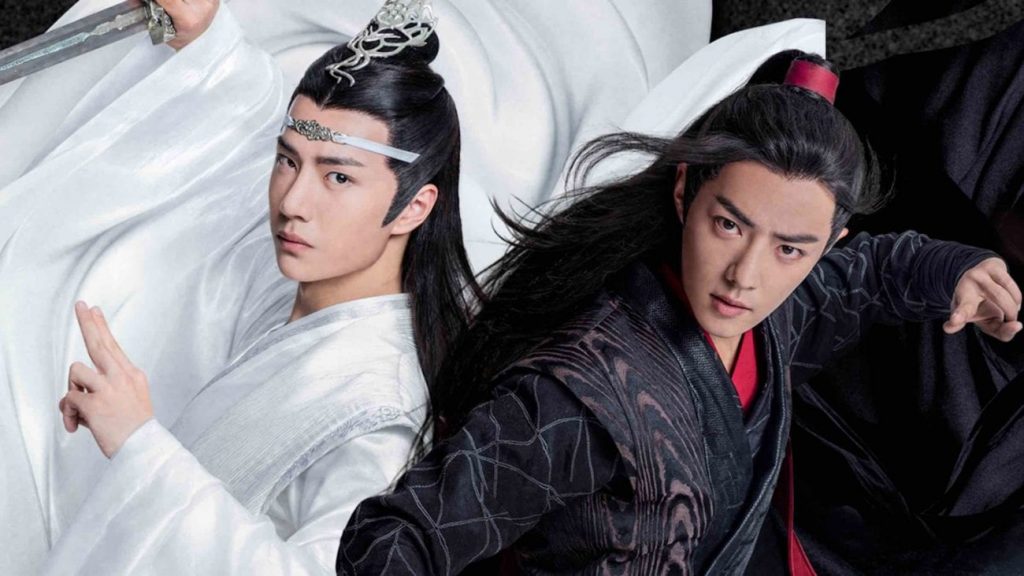 This is another popular one to look out for. Fans of a certain kind of niche genre might be into The Untamed. It has one season, but that has not stopped the series from gaining a strong fan following worldwide. This series’s plot revolved around a very dark rivalry between two clans who can both do magic. While two people belonging to said clans meet each other, they uncover several tragic events in the past. What’s more? They are also each other’s soul mates. This is one interesting show and will surely keep you engaged throughout. 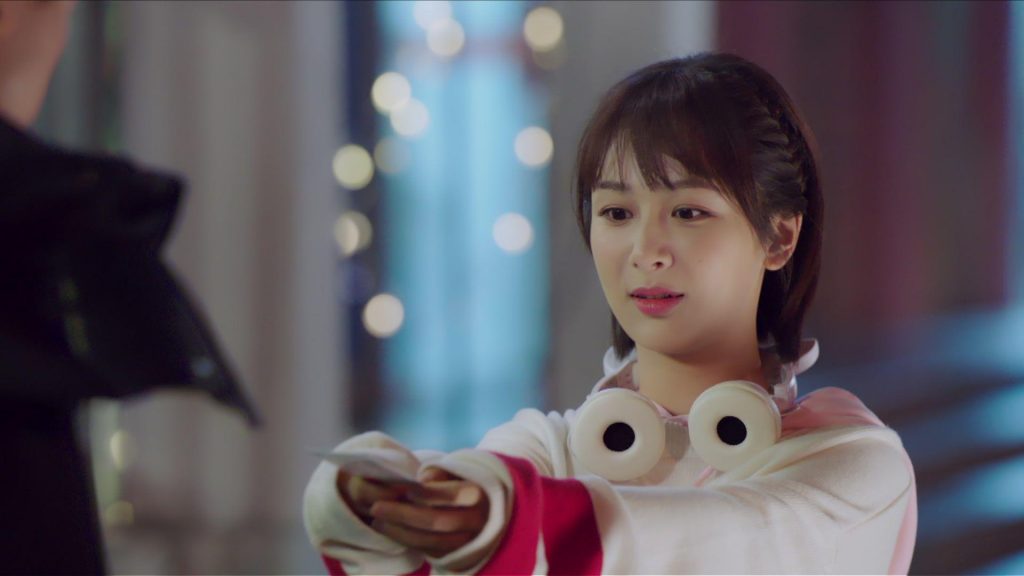 We have now finally entered the comedy genre, and hey, who doesn’t like a few good laughs? Go Go Squid! is a Chinese drama that came out in 2019. The plot deals with a guy named Tong Nian, who is 19 years old. But don’t let her age fool you; she is a very talented IT programmer. She is also a student who seems to have everything under control. She is an extrovert and has an awe-inspiring social life. But things take a weird turn for her and this ideal life of hers when a boy named Han Shang Yan chances upon her. This series is extremely entertaining, to say the least. If you are looking to get some things off your mind, this series will help you. 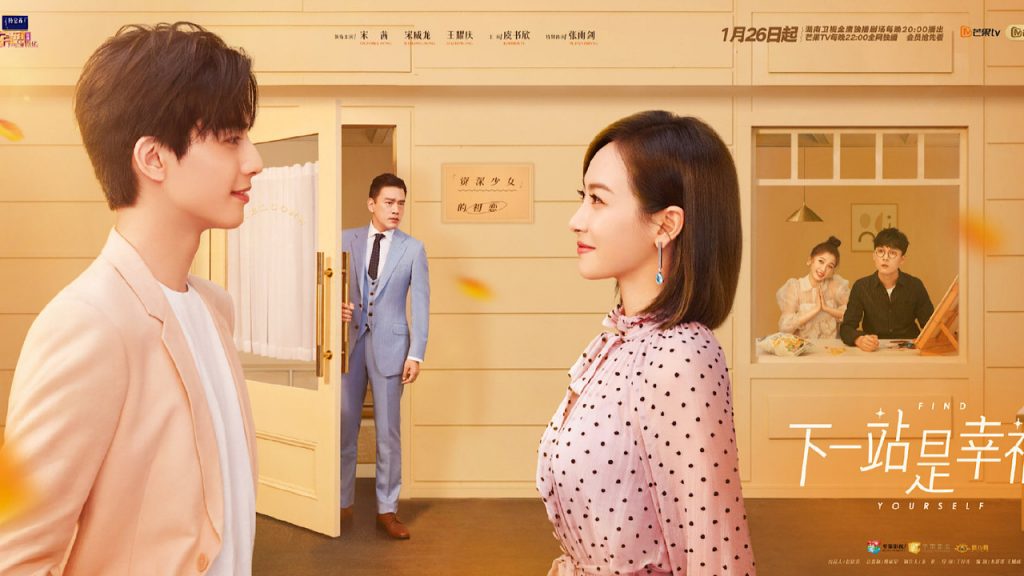 This is a romantic comedy that came out in the year 2020. Being a relatively new series, it has a run time of one season. Find Yourself follows the story of a young woman called He Fanzing. She is a talented, hardworking woman, but everything takes a turn for the worse when she is faced with some changes in both her professional and personal life. This follows a classic rom-com format for anyone who is a fan of the genre and is looking to get into Chinese dramas. Trust us, and you wouldn’t be disappointed. 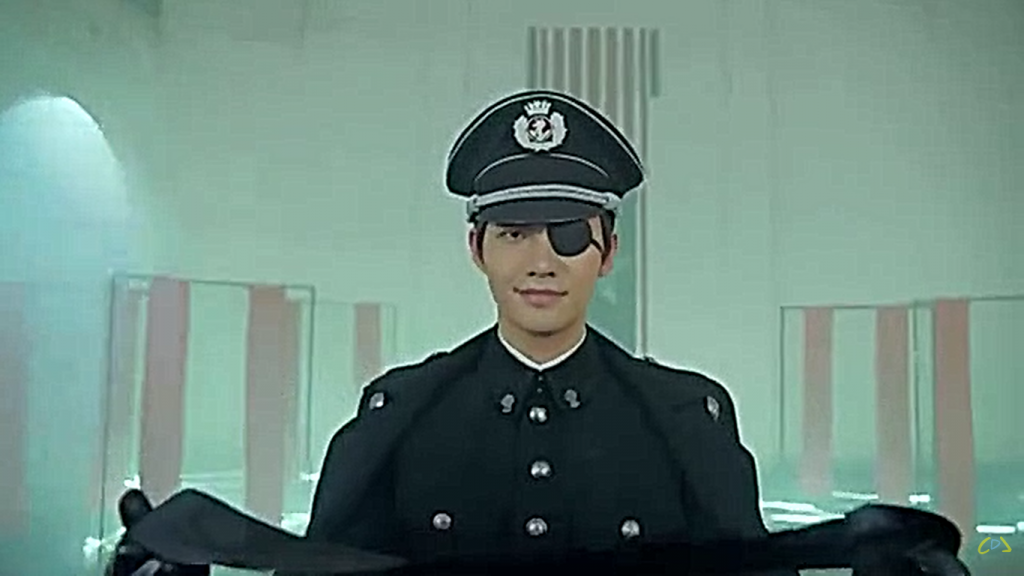 This one is a 2016 romance that comprises three seasons. The series also has a very niche audience who love it. The series follows a police officer named Bai Jingxi. She is knowledgeable, skilled, and is great at what she does. She, however, does not work alone. Her partner Han Chen help her with her cases, and they, as a team, solve them time and again. Over the course of three seasons, the show follows the couple as they face and overcome several challenges, both personally and professionally.

8. Secret of the Three Kingdoms 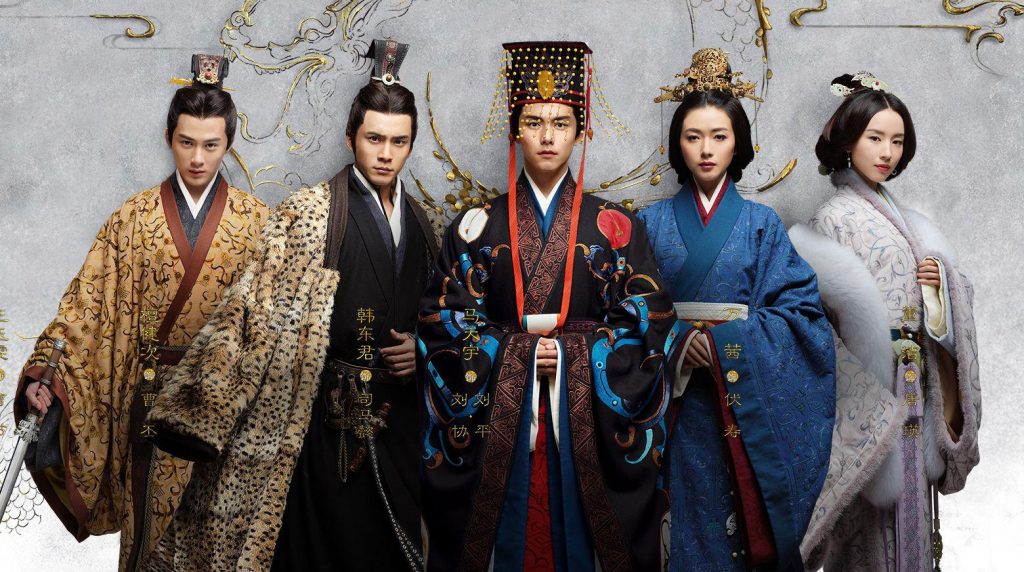 This is a 2018 historical drama. It is based on the novel San Guo Ji Mi, which was written by Ma Boyong. It has a screenplay by Chang Jiang and is directed by Patrick Yau and Cheng Wai-man. This series is one for anyone who loves history and a whole bunch of drama. It revolves around three warring kingdoms and the problems they face with each other. The plot is familiar, and the actors have done a great job with the performance. The secret of the Three Kingdoms is truly one for people who are lost and are trying to find their way back into the world of Chinese drama. The series comprised one season and dropped in 2018. This is a show that has a great dramatical aspect to it. It kicks off when Huang Li Wen is sent to Shanghai on New Year’s day of 1949. She is an agent for the Communist Party and is expected to help them in their liberation. To do this, she should get past multiple impediments and gather valuable, top-secret information for her party.

This series came out in the year 2017, and it is a romance series consisting of one season. The plot is an interesting one though it does cater to the classic romance fan. The storyline follows When the deities Bai Qian and Ye Hua. They soon fall in love, and we are made known that they are soulmates. This is a love story that exceeds the bounds of time and space. Their love is so deep-rooted that it trickles down to multiple lifetimes. If you are looking for a series with some deep meaning and intensity – then Eternal Love is the right pick for you. 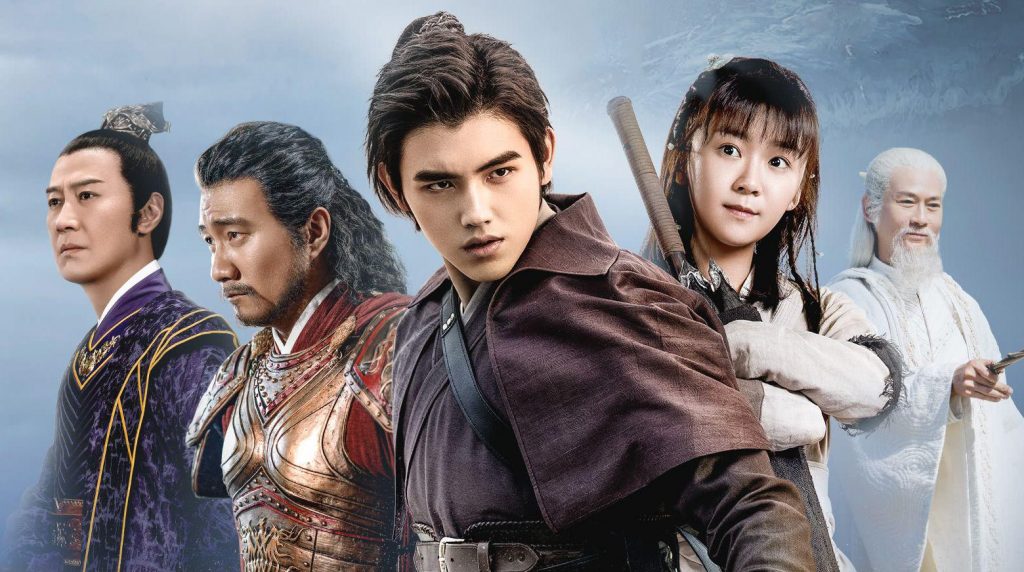 This is a 2018 adventure drama. It consists of 2 seasons, and it is so underrated that it is sad. The plot of the show follows the life of a young man named Ning Que. After a compelling person kills his family, he escapes against all odds and takes a baby girlSang Sang, along. Together, they form one hell of a team. They have various adventures in their time, but one dark cloud always hangs over them: Ning Que should seek revenge on the people that killed his family and get his honor back. This is a show that is engaging and easy to binge-watch in a concise span of time. This is a fantasy series that came out in 2018 and had one season under its belt. This is meant for an audience that likes the aesthetic the show is associated with. That being said, the casting and plotline are incredible and should be given due credit. The series follows Fuyao, who had served as a slave for the Xuanyuan sect from the Taiyuan Kingdom. After an unfortunate incident results in her life being cursed, everything takes a turn for the worse. What will her future be? Watch the series to find out.