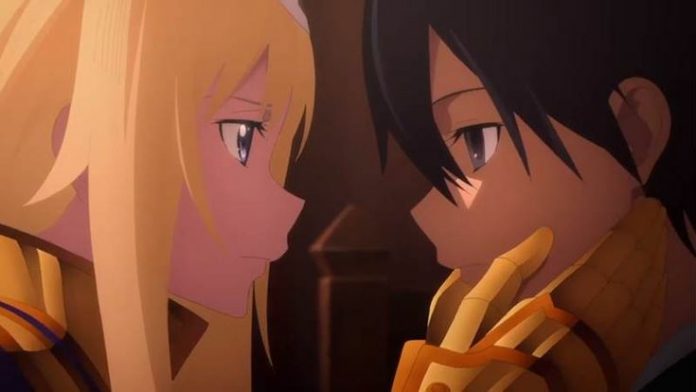 As expected the trailer of the final part of Sword Art Online season is looking terrific. At the start of Sword Art Online Alicization arc, we saw Kirito being placed under coma in real life while he continued to battle in the virtual reality. He meets Alice and Eugeo and they defeat the Administrator but this victory didn’t last long as the Underwood went into complete chaos and no one knows what to do.

Kirito was placed under coma now even in the virtual world which was pretty bad for him. But as from the trailer you all can see for yourself that Kirito is soon going to be bought back to life and he’ll resume his action and battles in the final part of Sword Art Online War of Underworld Part 2 season. This last season of Alicization arc will be released in spring 2020 anime season, that is in April 2020 which is less than two months away for now.

So, the new season is going to be a bombshell for sure. Alice is unable to fight the dark side of the Underwood all by herself. She needs help and the trailer shows that Kirito will be awakened somehow and help her and save the Underwood from the grasp of darkness. Do mention your thoughts regarding Sword Art Online War of Underworld Part 2 and what are your expectations and thoughts regarding the same. I am sure that all of you are as excited as I am.