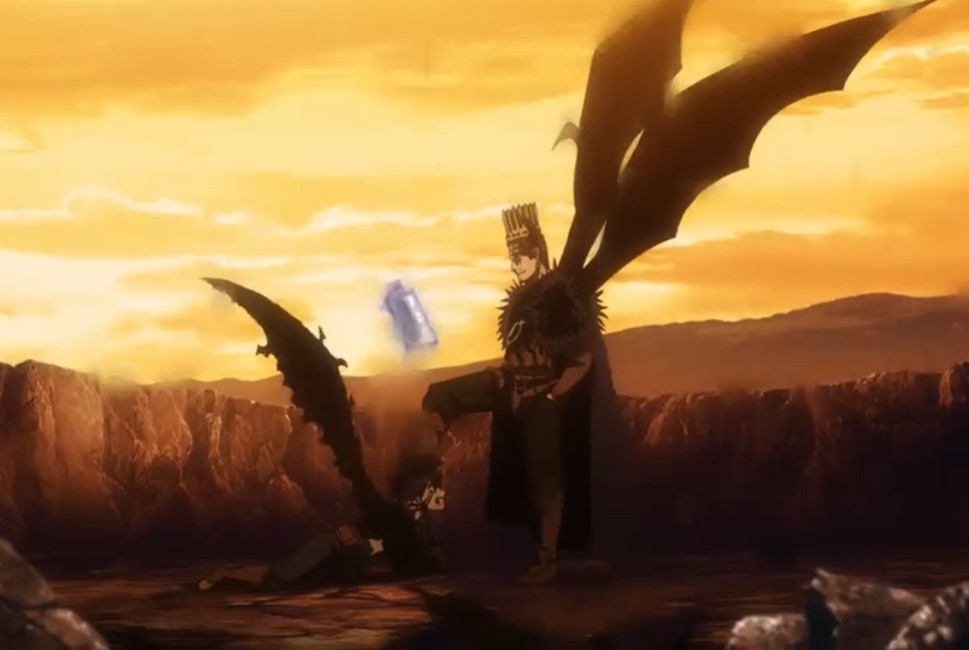 Zennon and the Dark Triad arrived at the Golden Dawn HQ and conquered it. They killed half of the Magic Knights, and Yuno shows up and kills two of the Dark Disciples. Yuno and others encountered Zenon, but he showed them 54% of the devil within him. Zenon killed Yuno and other members of the Golden Dawn with a single blow. He left with Captain Vangeance. Fortunately, the Captain left some magic power from the tree of life. It revised all the members of the squad.

Ralph is glad that Yuno is back to life again, and Bell shed tears of happiness. Yuno and others vow that they are going to train and take back their Captain. Meanwhile, at the Spade Kingdom, Dante is about to set off to destroy humans. Since Zenon has completed his goal. Dante also has a role he has to play, and he comments that evil is human nature. He said that it is time for him to go and do his part.

Black Clover Episode 163 will be released on Tuesday, 9 February 2021, at 6:25 PM JST. Keep in mind that the time is in Japanese standard time. To get the episode as soon as it is released, you can change your local time. Watch this Anime officially on Crunchyroll, Funimation, and Netflix.

Let’s take a look at what Dante is planing below. 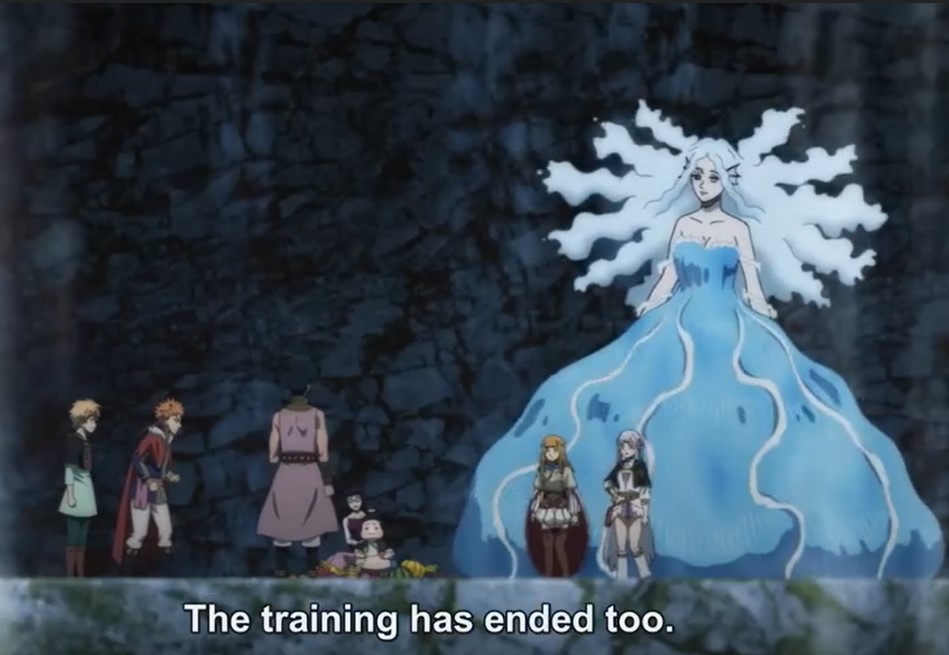 Dante comment that he cannot wait to find what kind of person is Acrane Stage, Yami Sukehiro. At the same time, Vanica is wondering what Lolopechka and the others are doing. She is with two members of the Dark Triad. Vanica hopes that Lolopechka is in good health for the destruction to be fun. While the Knights enjoy the Heart Kingdom’s luxury and are not aware, the devils are on the move. Leopold and Luck want to have a three-way battle with Asta.

Noelle reveals that Asta is not around, the training has ended, and he went back with Finral to the Clover Kingdom. Lolopechka comments that before the war started, they should relax. Charmy is enjoying eating food, and Lopechika told others to join her. Suddenly Lolopechika sensed the presence of evil, and she warns Udine. Udine asks her what is happening. Lolopechka reveals that six enemies are attacking

The Great War Break Out

Lolopechka reveals that the enemies have infiltrated the Kingdom, and Udine wondered how they passed the Mana Zone so quickly. Lolopechka comments that those six people are a mage with the power of a devil. Although they have the spirit Spirit Guardians, it will be a tough war. Udine finds that Vanica from the Dark Triad, the devil possessed, hosts Megicula. At the same time, Vanica is glad that she has killed more than a hundred people.

The Dark Triad Robero comments that they can try more since it tastes delicious. Vanica replied that Lolopechka would take it personally if they kill more people. At the same time, Asta has arrived at the BB house. He offers then fruits from the Heart Kingdom. Finral realizes that Yami is not around. He decides to go and bring him back to the BB House for them to enjoy fruits. Henry sensed something and shout when Gauche looks outside; he finds that the house is floating in mid-air.

Dante comments that since Yami is not around, he will be playing with the little ones until he returns. Henry unleashes recombination magic, the raging Black Bull, and others also attack. Dante canceled their attack s using GravityMagic, Presence of the Demon King. He destroyed everything around, but he is impressed that raging Black Bull is still on its feet. He comments that someone can use mana that can manipulate the natural law. 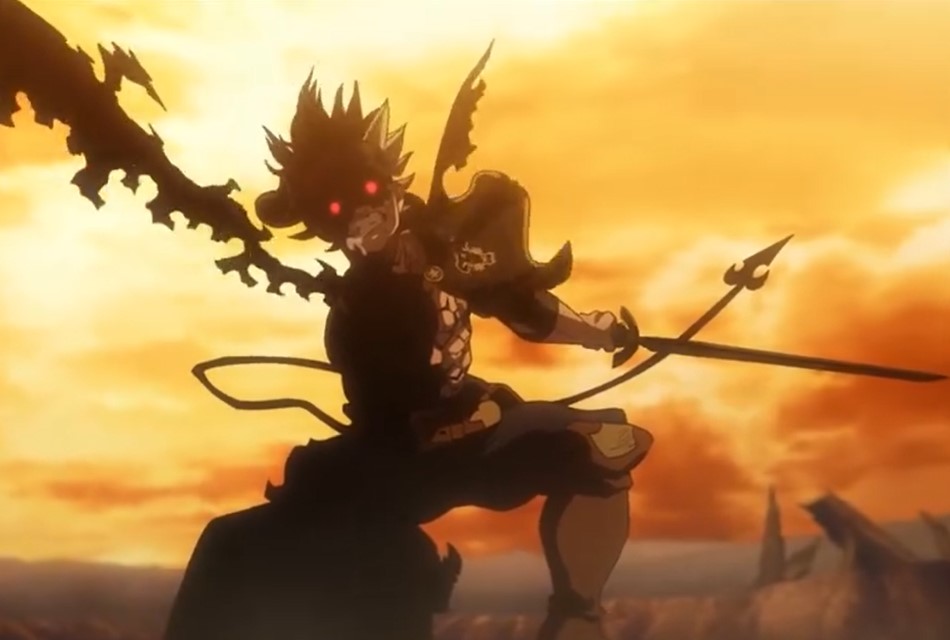 Dante is glad that he find another arcane mage (Vanesa) except for Captain Yami. Asta attacks with his demos slayer, but it was a swing and a miss. He tries Back Slash attacks that Dante absorbs them. Dante land inside the raging Black Bull and saw Vanesa, asking her if she is the cat’s owner. He saw how beautiful she is and ask her to become his woman. Dante comments that a lady as powerful as Vanessa is fit to be with someone like him.

Gauche comments that Dantes is talking nonsense while Asta attacks. Dante just clicks his fingers and sens Asta flying. Asta came back in his devil form. Dante comment that he didn’t expect the Clover Kingdom to have someone passed by a devil. Asta combine his attack s with Gauche’s mirror images. They charge at full speed towards Dante, and Gauche thinks that the anti-magic is powerful enough to take down Dante.

Dante said that they want to hurt him. He said 50% and unleashed the devil within him and pins Asta to the ground. He told Asta, who is under his leg, that they can now have a little chat. Dante got tired of listening to Asta telling him about how a human should live like. He unleashes gravity magic, an evil god’s pressure crat, and sends a sword flying towards Vanessa. Dante is punishing her for using her powers against her husband to be. Gauche uses his chest and block the blade. Asta witnessed Gauche being stabbed while lying under Dante’s feet.

Vanessa notice that Asta is losing control of his devil, and now they cannot rely on him. Fortunately, Gauche is still alive, but they have to get Nero to seal the sword inside his chest. Asta manages to make a deep cut on Dante’s face, and Dante realizes Asta is a real big deal. He touches his blood and comments how dare he hurts him. The battle continues as Asta charges towards Dante.