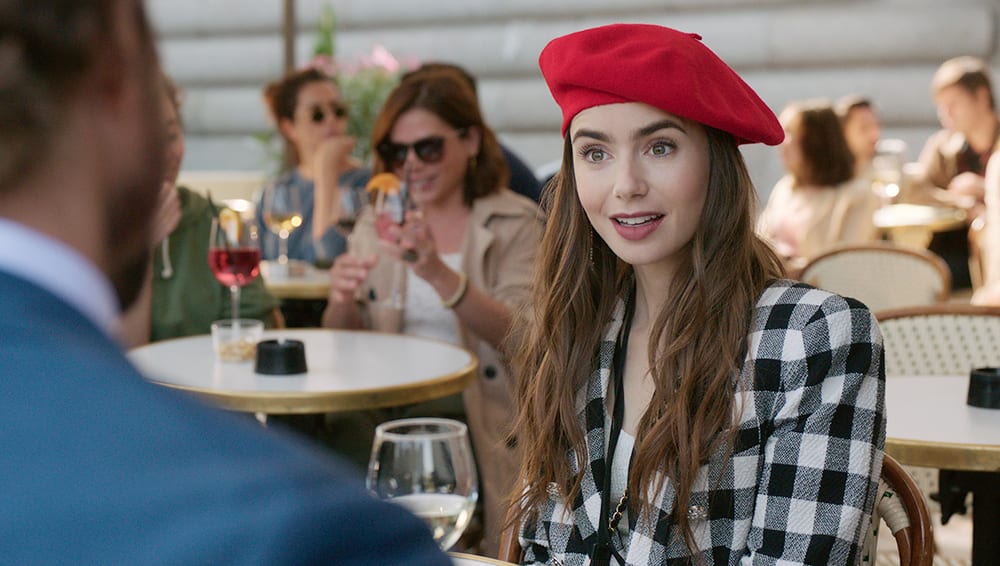 Ahaa! The Netflix comedy-drama that introduced us to Emily, who resembles a part of us. Especially when we don’t know where to go in life, created by Darren Star, Emily In Paris premiered on Netflix with its first season on 2nd October 2020. The series consisted of 10 episodes and starred Lily Collins as a young American woman’s titular character. Roughly in her early 20s, Emily leaves her home in Chicago and moves to Paris. With an unexpected job opportunity in her hands, Emily is tasked to bring an American perspective to a French Marketing team. While keeping her job up to a point, she struggles to find friends and maintain relationships in a culture she doesn’t know about.

The series got a fair amount of praise, which also led it into the top 10 most streamed series list by Nielsen in the very first week itself. Especially the portrayal of Collins as Emily was applauded comparing it what it means to be growing up. The show‘s take on French stereotypical culture was criticized a little. Still, it managed to give a light-hearted ride, leading to a successful first season.

The success of the first season has led many fans to wonder whether Emily’s story continues further. So, here we are covering when a second consecutive season for Emily In Paris will be officially arriving on the OTT Giant and what it would be about.

Related: Emily In Paris: 5 Similar Shows To Watch In 2021

Well, you might know that when a show becomes successful, Netflix tends to announce its renewal in a month or two. Following the tradition, Netflix officially announced the renewal of Emily In Paris in November of 2020. Just after a month since the first season was released. Netflix came up with a fun way for announcements. They uploaded a note written by Emily’s boss Sylvie played by Philippine Leroy-Beaulieu, which announced its renewal.

The note clearly stated that Emily would be extending her stay in Paris as her boss applauded her drive to work. The note was a fun way that teases the confirmation of the second season on Emily In Paris. It also gave us a glimpse of how the character has improved in season 1. You can check out the note below. 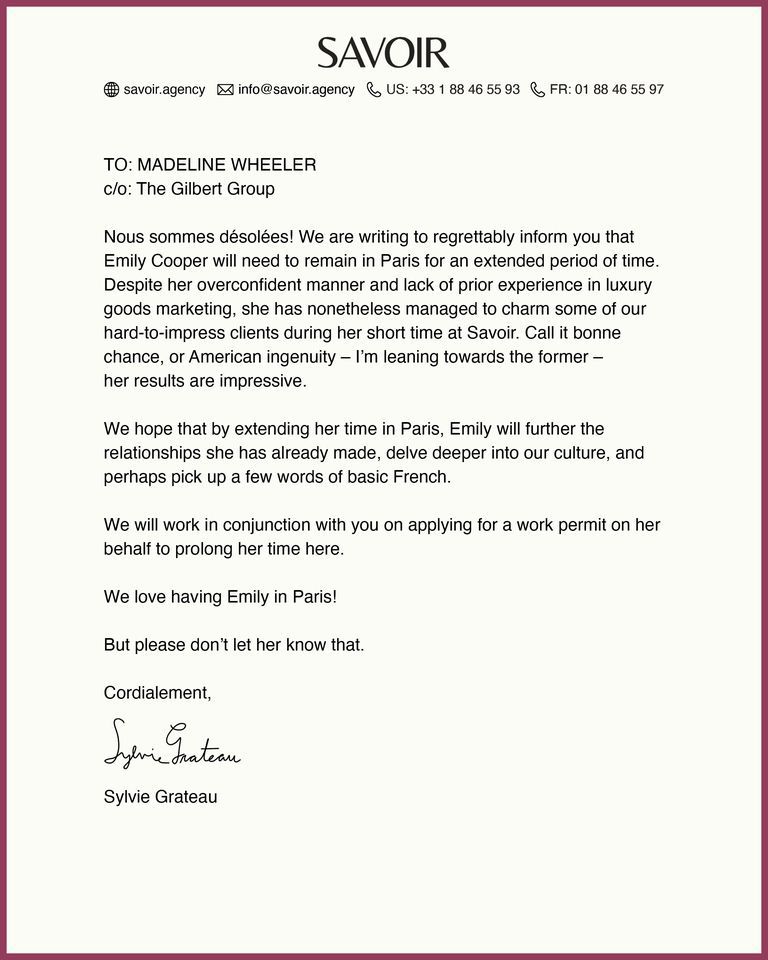 What To Expect From Emily In Paris – Season 2?

The creator Of Emily In Paris, Darren Star, has hinted at many possibilities for the show. In one of the interviews with Oprah Magazine, Darren has hinted that we will see Emily growing up as obvious as it sounds. Darren quoted that Emily will be a bigger part of the fabric world she is currently living in. She will finally become a resident of the city. Learning to keep her feet on the ground, she will finally have a life there. 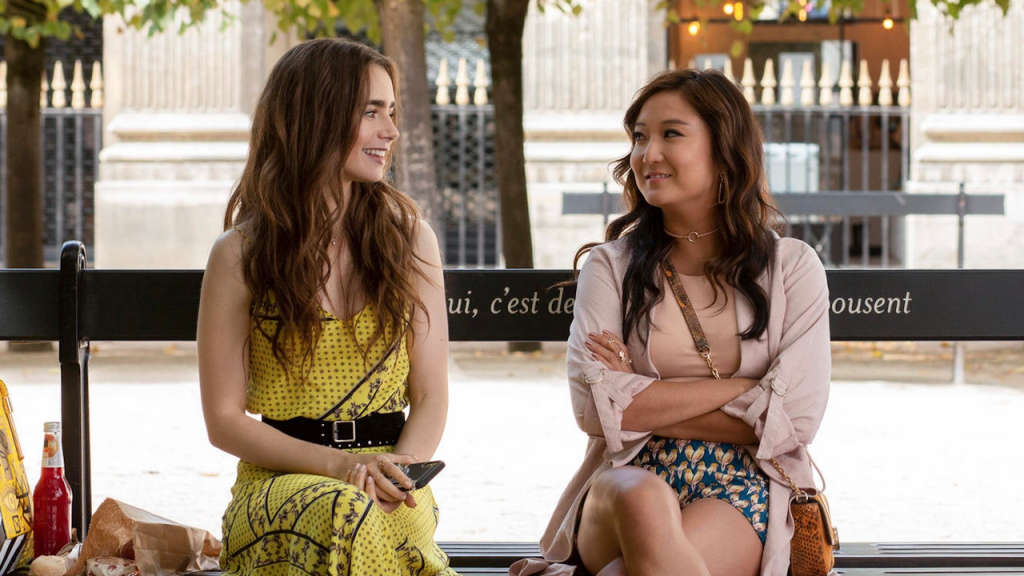 In another interview with Glamour, Darren has also stated that the audience will learn more about the supporting characters. He quoted that they will see more into Emily’s work-family. He specifically mentioned Sylvie, who is quite a mysterious character in the first season and needs more exploration.

Previously, Darren stated that he is not looking for Emily to be paired-up as she is still meeting new people. But, a recent interview with Cosmopolitan suggests that Darren might explore the relationship between Emily and Camille. Especially in the previous season when Camille kissed Emily, and she wasn’t sorry about it.

On the other hand, in an interview with Vogue U.K., Lily Collins herself suggested there is still no vibe on whether Emily likes Camille. She still might see her as a friend, especially since Camille still has feelings for Gabriel. Collins believes the series will focus on this new love triangle and see Emily taking bigger and more responsible roles. At least, that’s what she believes.

In another interview with Deadline, Lily Collins reinstated that though the series is looking to focus on the character’s relationship, Emily might not be ready for it. She stated that her character is in the dark about what to do next in her life. Collins believes that relationship is too early for the character to be locked in. She is yet to explore yet. Collins believes the beauty of the show and Emily’s character is that she doesn’t know what she wants. She is still looking for the characteristics of a person she is looking for. Being locked up with Gabriel and then Camille altogether, she still has some experiences to go on, so that might be too early.

Read More: All Best Movies Of The Decade To Watch On Netflix In 2021 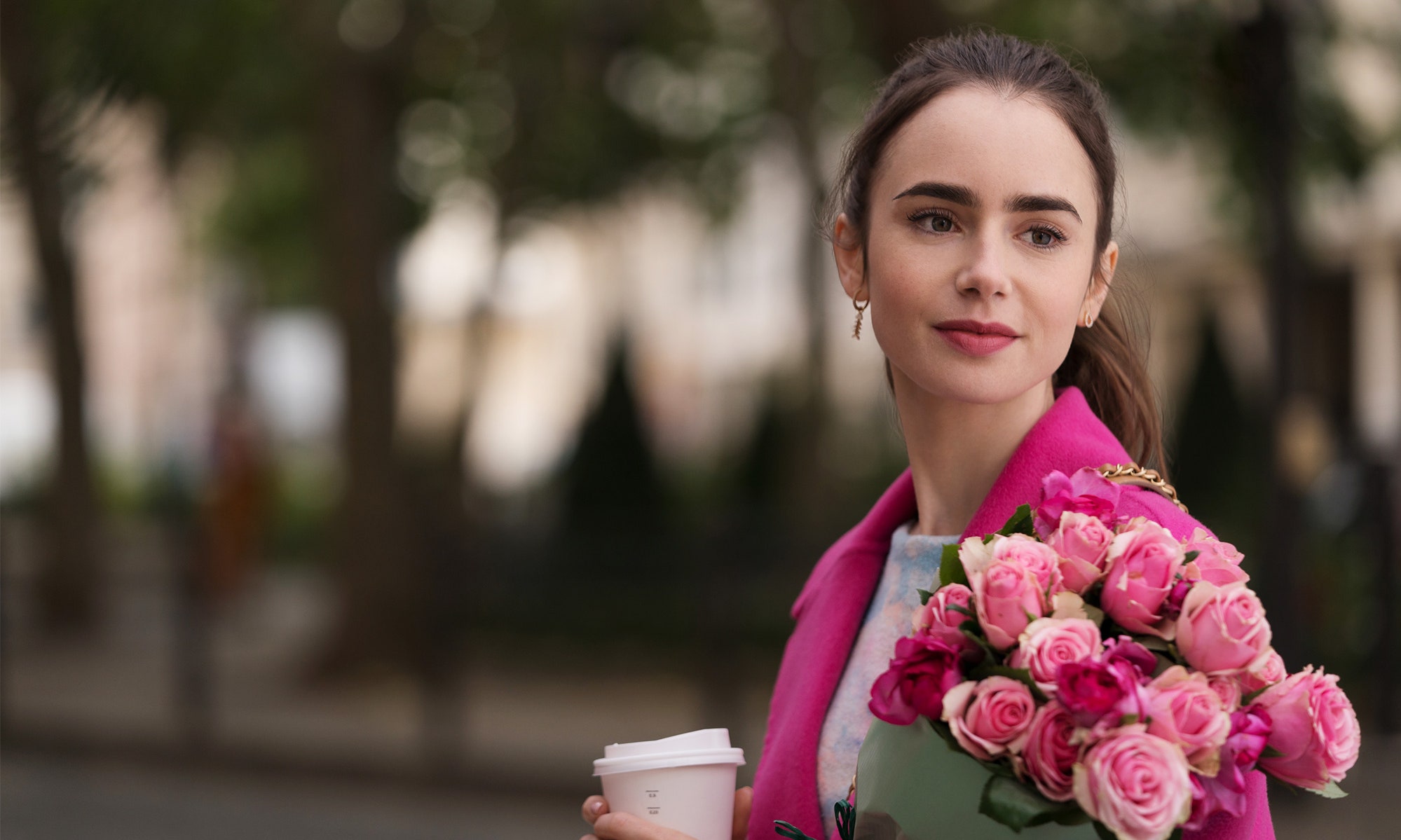 We hate to disappoint, but the release date for Emily In Paris is still in the dark.  Filming a show outside the country, especially in times of Covid-19, is a huge toll. But still, the creators of Emily In Paris are keeping their fingers crossed. Darren Starr has told Glamour that if things are eased up, they will be picked up for the shoot next spring.

After the Golden Globe nomination for her character, Lily Collins assured fans with an interview with Deadline, who are aiming for a spring shoot. They are trying to move forward even with Covid-19 restrictions. As excited, they were for the second season confirmation, they are more anxious about it. There are many regulations, and they want to follow them and complete shooting in a safe environment.