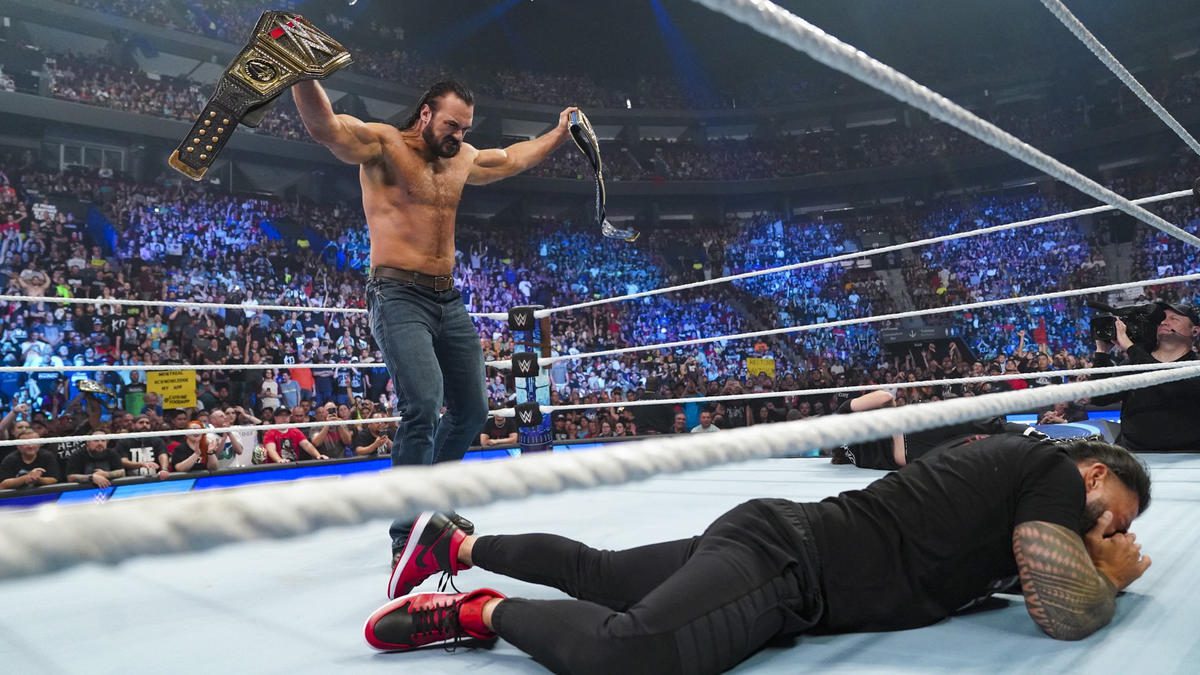 WWE Clash At The Castle Predictions

When the WWE’s Clash at the Castle travels to Wales on Saturday, it will be the first stadium-level premium live event to be held in the United Kingdom in more than 30 years. It’s a massive show with important storylines that are still being created and at stake. In the main event, Drew McIntyre will compete against Roman Reigns for the undisputed WWE championship and hope to use his home-court advantage to get the biggest win of his career. If Reigns wins, it seems likely that he will have the gold until WrestleMania.

There will also be a fight for the intercontinental championship and the SmackDown women’s championship. The match between Matt Riddle and Seth Rollins will be the most exciting match at Clash at the Castle aside from the title match. The match between the two was supposed to take place at SummerSlam, but it was moved to this show instead. The buildup has been high-quality, with a fantastic interview section on this week’s episode of Raw, and both Rollins and Riddle have a track record of performing well in important matches.

WWE Clash At The Castle Release Date And Predictions

WWE Clash at the Castle will air live on 3 September 2022, at 1 p.m. ET. It’s the first time in about 20 years that the pro wrestling promotion has held a significant event in the UK. After two years of domination from “The Tribal Chief,” Drew McIntyre from the UK will be the main attraction of the evening as he attempts to defeat Undisputed WWE Universal Champion Roman Reigns.

The two last faced off in a Champion vs. Champion match at the 2020 Survivor Series event, where Reigns barely escaped due to interference from Jey Uso. Since the return of fans to arenas in July 2021, McIntyre has constantly attempted and failed to win back the world championship. He ultimately earned a chance to face Reigns just before SummerSlam. 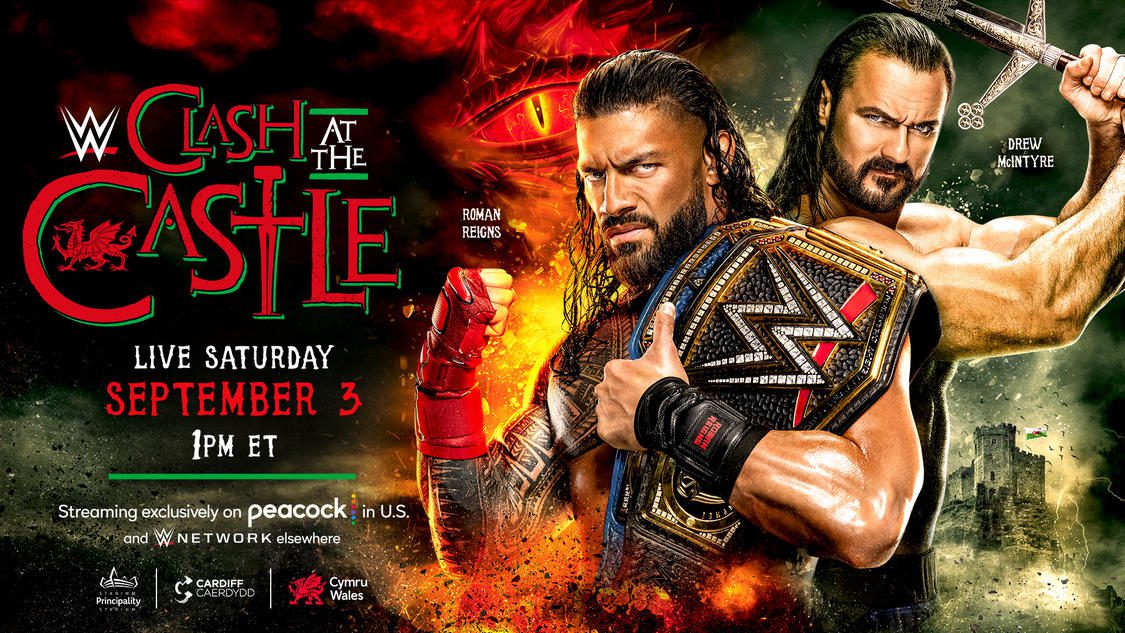 McIntyre defeated Sheamus before SummerSlam to advance as the top contender for the undisputed title. At SummerSlam, Reigns defeated Brock Lesnar in a thrilling Last Man Standing match to win back his championships and set up the match with McIntyre. Although McIntyre will undoubtedly have the support of his fans, it has been nearly hard to end Reigns’ reign as champion. I have two predictions for this match.

WWE must eventually split the two world championships. Reigns missing so many shows and taking the two biggest championships off television simply isn’t working. Raw has raised Bobby Lashley and the United States title as well as a very strong set of storylines on the women’s side, but SmackDown needs something to serve as an anchor. Unfortunately, both championship belts are on the line in this match, and I don’t see WWE taking either one off of Reigns.

Instead, Reigns will probably win with enough controversy to extend the feud for one or two more months, creating the possibility of some sort of title split. McIntyre will undoubtedly win the title again in the near future, but it probably won’t happen in Wales unless the match’s format changes before the final bell. 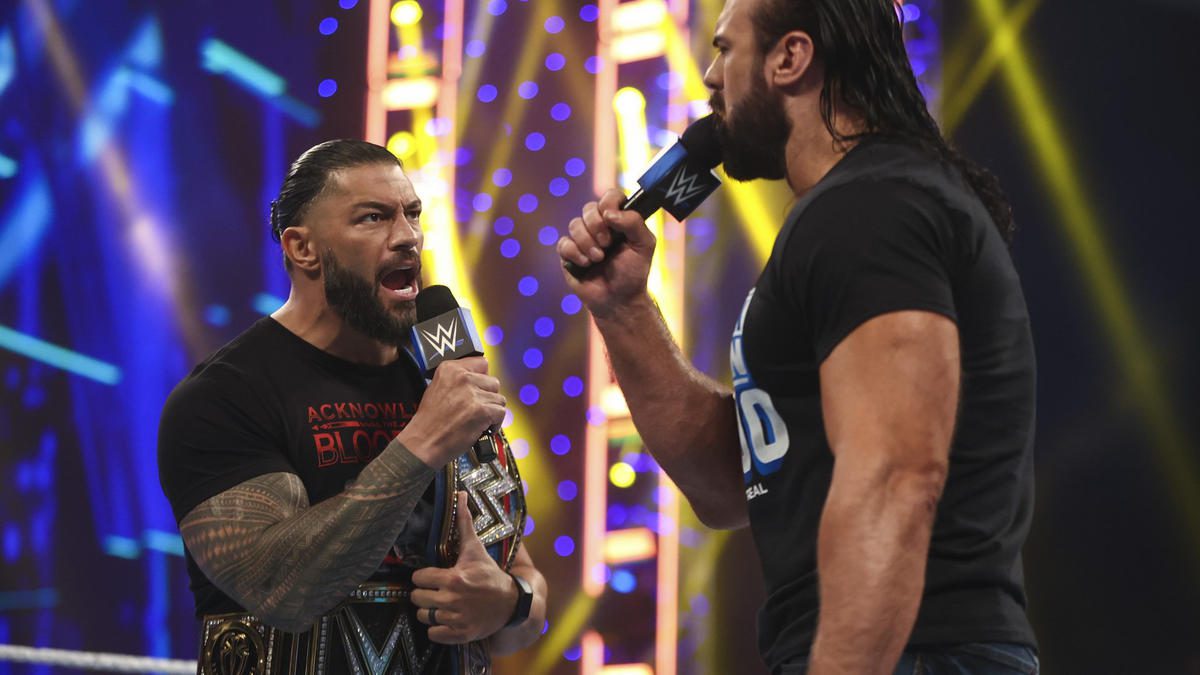 WWE Clash At The Castle – A Controversial Ending

It is nice to have a WWE big event with a debatable result. A much-anticipated world title match that could go either way is proof that the company’s dedication to multi-layered storytelling is paying off. Reigns are the clear favorite because of The Bloodline’s unmatched domination. McIntyre is a credible threat because of his reignited aggression and the backing of the European people. The result is further blurred by the possible involvement of Mr. Money in the Bank Theory, Killer Kross, and the eternally intertwined team of Kevin Owens and Sami Zayn. If a dream match versus The Rock is still on the table, Reigns will probably show up at WrestleMania with at least one world title.

It’s always a buzzkill to end a big show with a toss-up, but in this case, it might be necessary. Both men (or only McIntyre) could be attacked by Kross to stop the fight with a disqualification or no contest. The theory might cash in and get a pinfall, which would result in some kind of complicated scenario where Reigns and McIntyre divide the two world championships. Reigns will continue to hold the title of world champion, and McIntyre will maintain his dominance.

The start of Morgan’s reign as champion has not been great. The bout between Ronda Rousey and Morgan at SummerSlam was really bad; the referee missed Rousey’s tap-out, which is a poor way to book a babyface champion. She will therefore need to make a strong impression at Clash. Morgan has the opportunity to show her worth against a Rousey-style MMA opponent thanks to Baszler. She’ll act accordingly. Prediction: Liv Morgan keeps the championship. 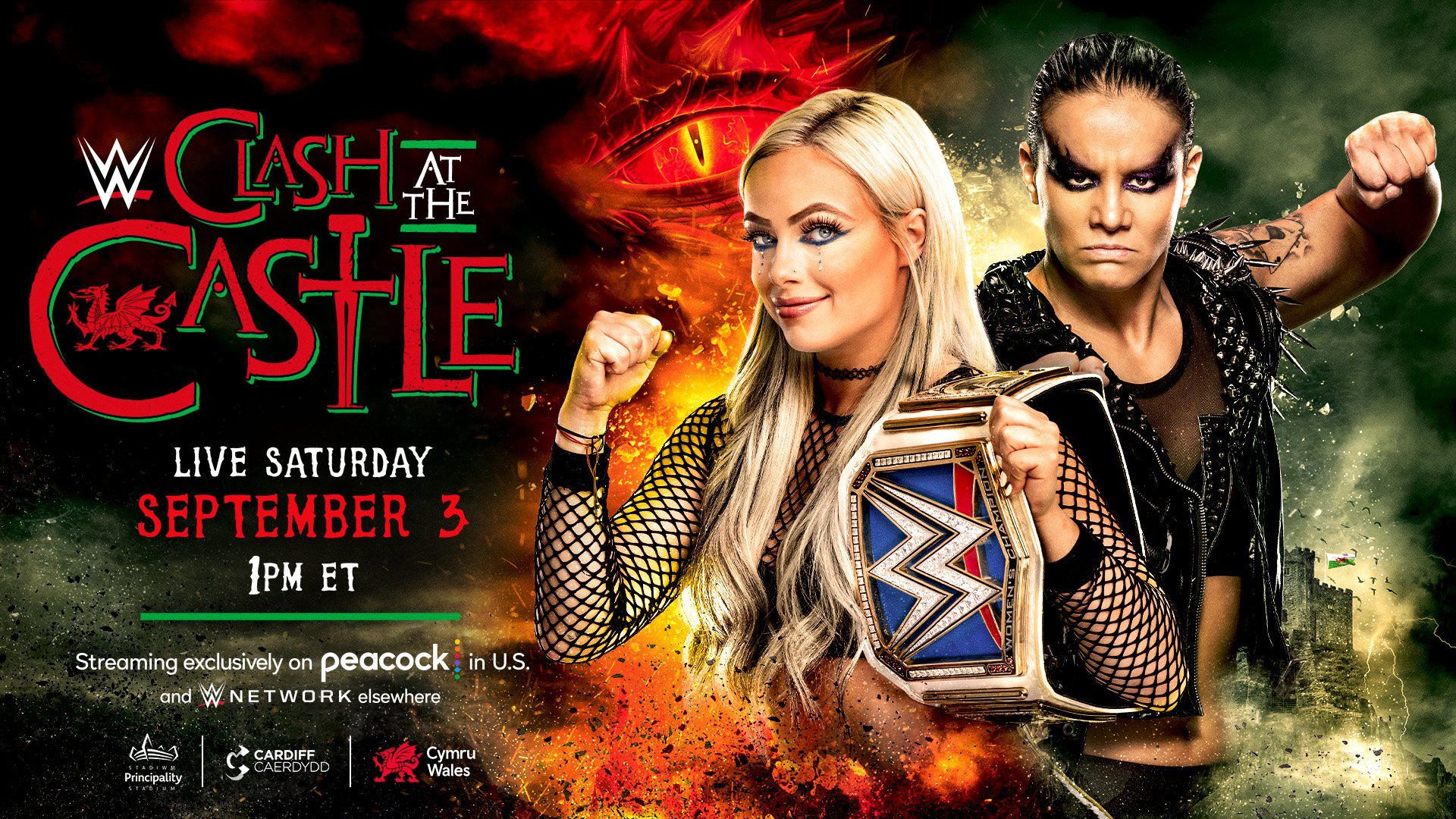 Things got out of hand after Belair won against Becky Lynch at SummerSlam to regain the Raw women’s championship. Bayley first made a comeback after a lengthy injury absence. Then, Sky and Kai moved to the ring to stand with her. The new group rapidly reshaped the division’s landscape and targeted Lynch and Belair. Unfortunately, Lynch had a real shoulder injury that forced her to sit out, so Asuka and Bliss teamed up with the champion to fight Bayley’s team. 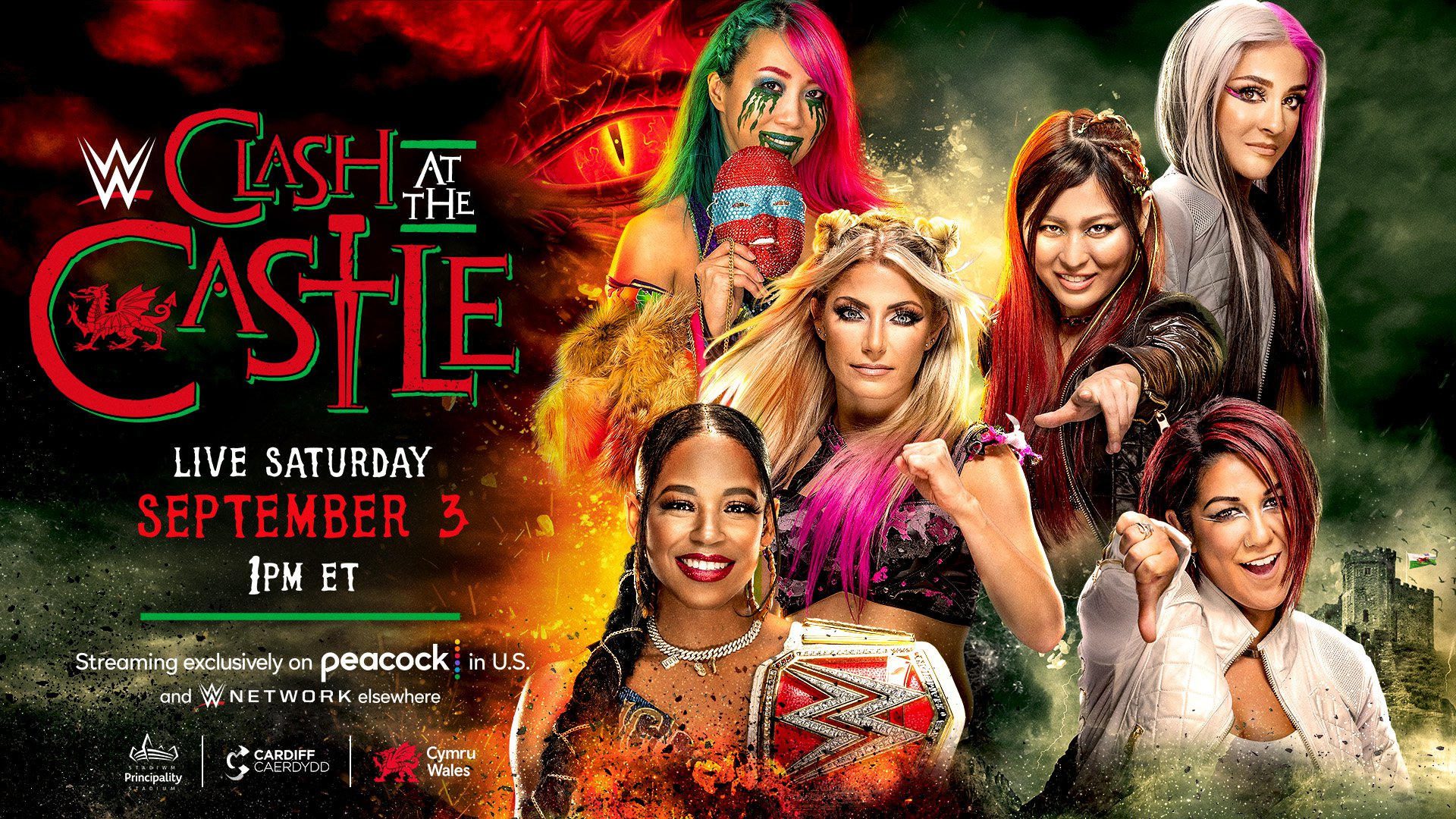 On Monday night’s episode of Raw, Kai and SKY were the clear favorites to capture the vacant women’s tag team titles. It was genuinely surprising when Raquel Rodriguez and Aliyah became champions. That’s not necessarily a bad move, but Bayley’s team needs to quickly regain the momentum. Asuka, Belair, and Bliss have the star power, but Bayley’s team needs to be shown as a unified, tactical force that can outmatch their rivals’ individual advantages. Prediction: IYO SKY, Dakota Kai, and Bayley wins.

This match was scheduled to take place at SummerSlam, but it was postponed at the last minute when Rollins stomped out Riddle. When Riddle stepped up and demanded a match at SummerSlam, Rollins once more took the majority of his blows. The two began fighting once more after Riddle declared on Raw that he had now received medical clearance. The next step was to issue the challenge to ultimately square off at the upcoming pay-per-view. 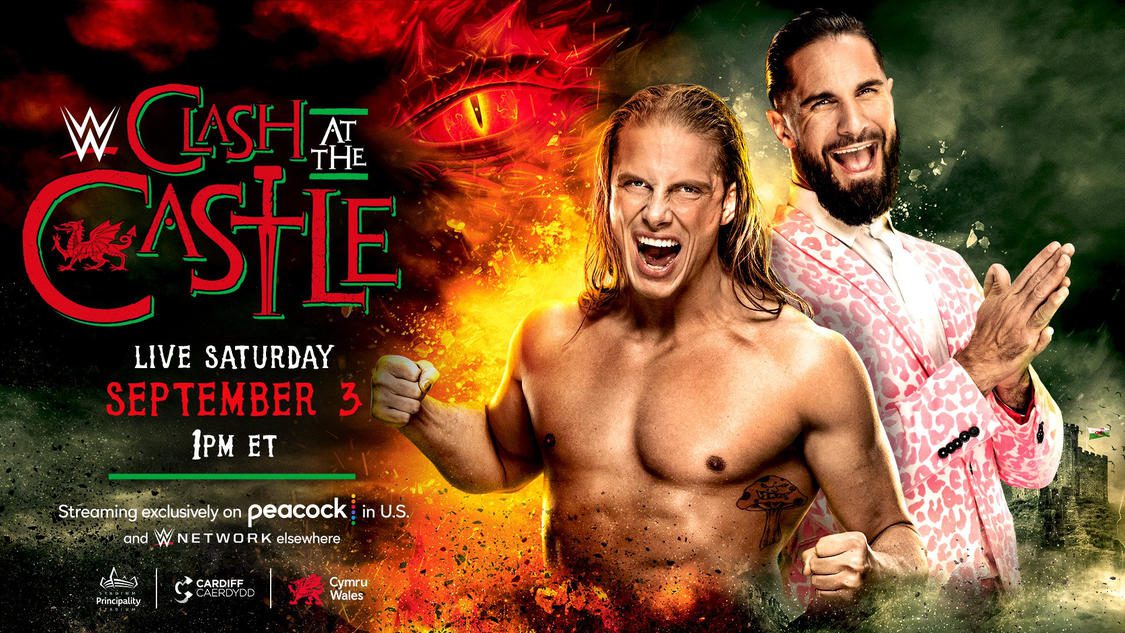 WWE Clash At The Castle – Matt Riddle vs. Seth Rollins

Riddle winning seems to be the only logical result in this situation. Riddle needs to win this match in order to redeem himself after Rollins repeatedly took advantage of him. Although Riddle is currently dealing with some outside-the-ring difficulties that could influence WWE’s decision to go with Rollins here, it seems like there is no way you can’t place Riddle over there from a purely “good booking” perspective. Prediction: Matt Riddle wins

After Gunther stopped Shinsuke Nakamura’s efforts, there needed to be a new contender. On the August 19 episode of SmackDown, Sheamus won in a tense “Fatal Five-Way” match to name a new challenger. Sheamus emerged as the #1 contender for the intercontinental championship by defeating Ricochet, Happy Corbin, Madcap Moss, and Sami Zayn. 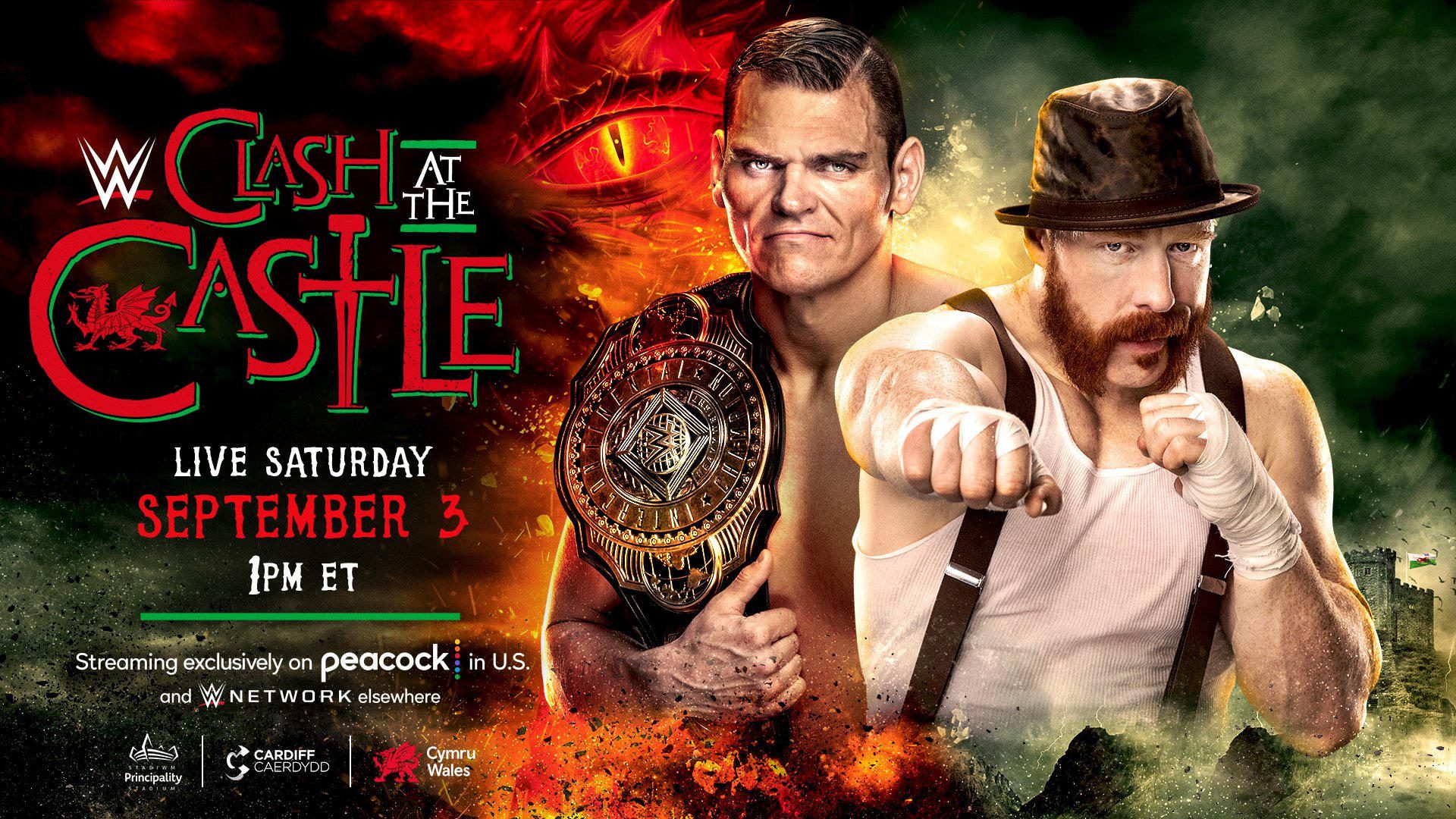 WWE Clash At The Castle – Gunther (c) vs. Sheamus

Whatever the result, Gunther vs. Sheamus promises to be a brutally entertaining match. Gunther became an internet sensation due to his success in NXT UK. For more than a decade, Sheamus has been the top brute fighter in the WWE. The Intercontinental title has been longing for a comeback to its former glory. For far too long, the belt has been treated as an afterthought, but Gunther seems ready to give it some respect once again. Prediction: Gunther keeps the title.

One of Triple H’s best choices during these initial periods of his time leading creative has been making the slow transition from the Vince McMahon era. He is modifying the program without blatantly rejecting what is useless. Although Judgement Day has been mishandled for the majority of its existence, the members’ unique talents are undeniable. Given their near invincibility, Edge and Mysterio should be able to accept defeat by Balor’s team. Prediction: The Judgement Day triumphs. 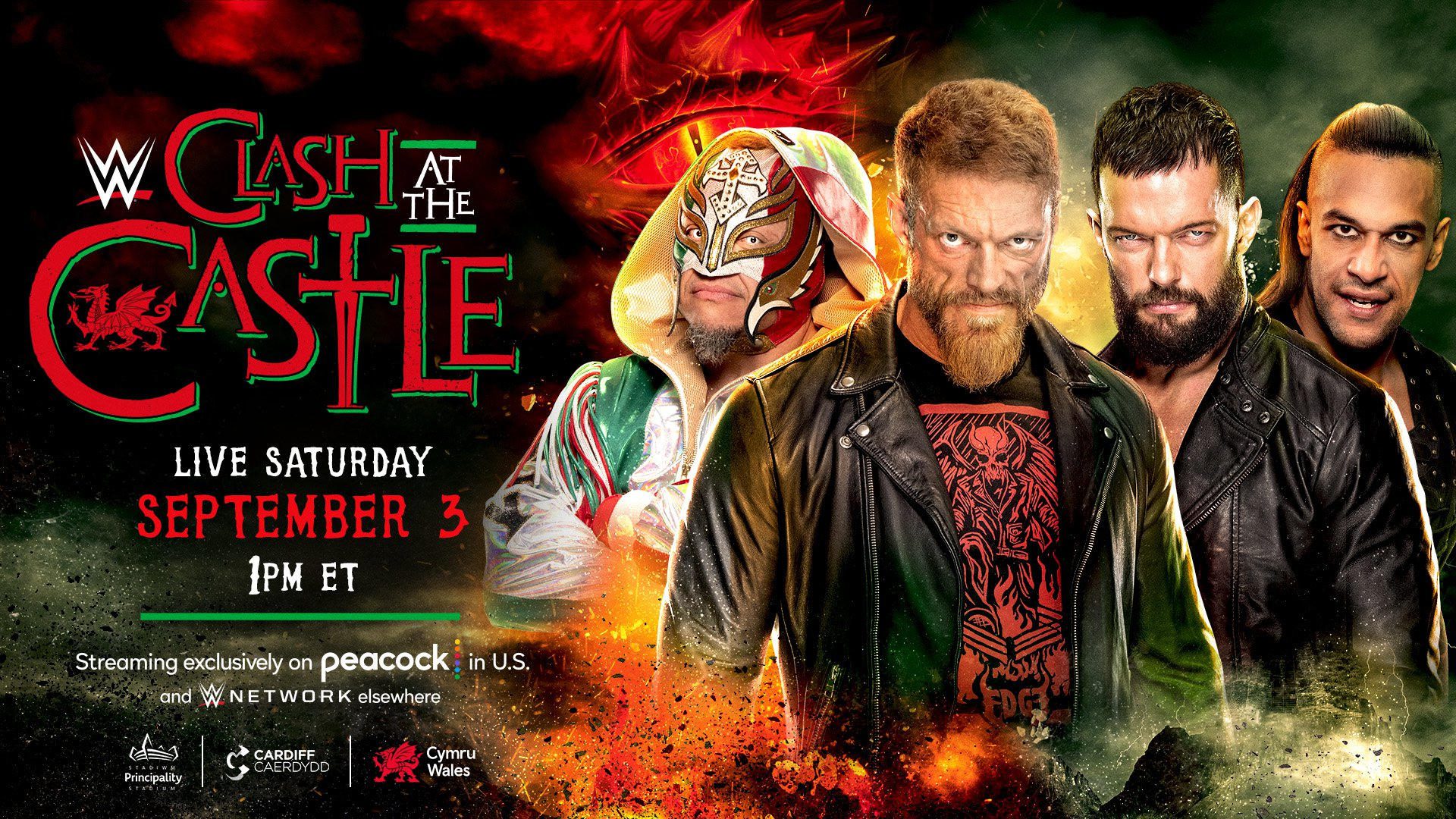 How To Watch WWE Clash At The Castle?

You can watch WWE Clash At The Castle o Peacock on 3 September 2022 at 1 pm ET. The WWE’s weekly shows and pay-per-view events are all licensed to Peacock, NBC’s streaming service. Basically, Peacock offers access to every WWE show. Its monthly subscription costs $4.99, and if you add another $5, you can experience it without advertisements. Streaming WWE content is also available on services including fuboTV, YouTube TV, and Sling TV. If you’re from Canada, you can use SN Now, and if you’re from the UK, you can use BT Sports.