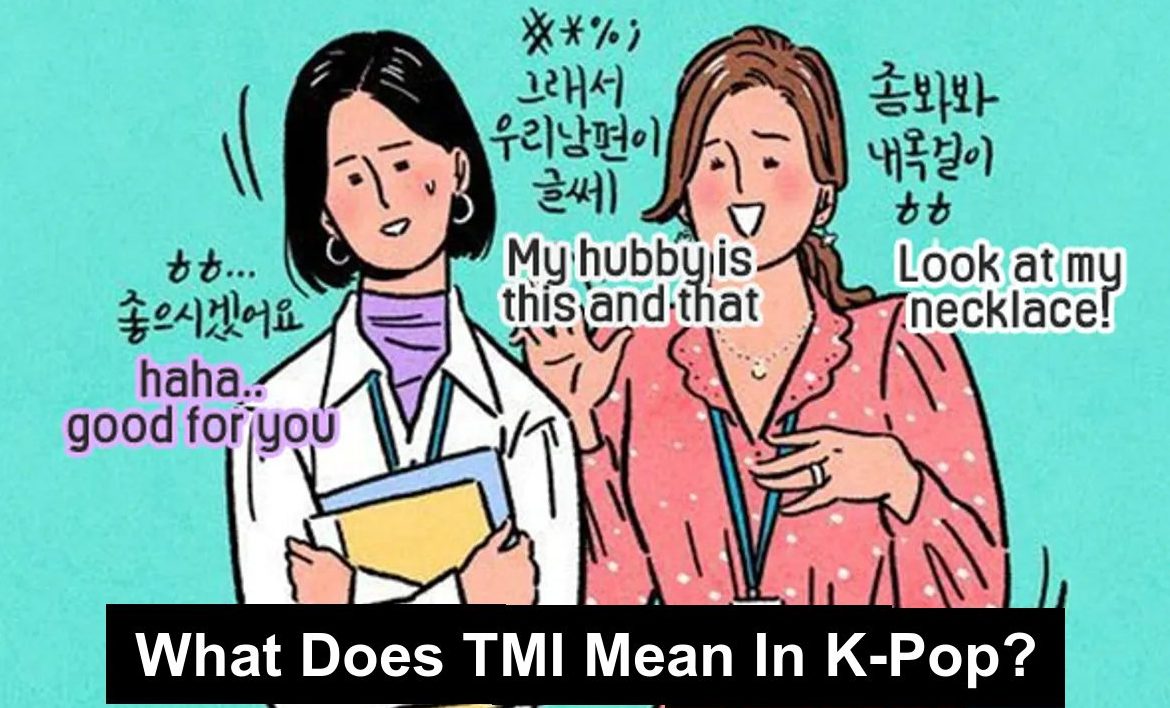 What Does TMI Mean In K-Pop?

What does TMI mean in K-Pop? This is one of the most constantly asked questions in the K-Pop fan community. With youngsters’ attention spans declining almost every day, it is no longer surprising when people’s preferred method of communication during a conversation turns to slang and abbreviations.

The decreasing attention span may be credited to the increasing social media usage rapidly taking over our lives in the modern era. Though some of you may be internet addicts and know these terms already, many people have recently heard these terms or have just browsed the amazing world of K-Pop.

Also read: Who Is The Most Followed K-pop Idol On Instagram In 2022?

What Does TMI Generally Mean?

When someone exposes uncomfortable private information in internet chats, TMI is frequently used. The subject may discuss their restroom routines, unhappy relationships, or personal health issues. 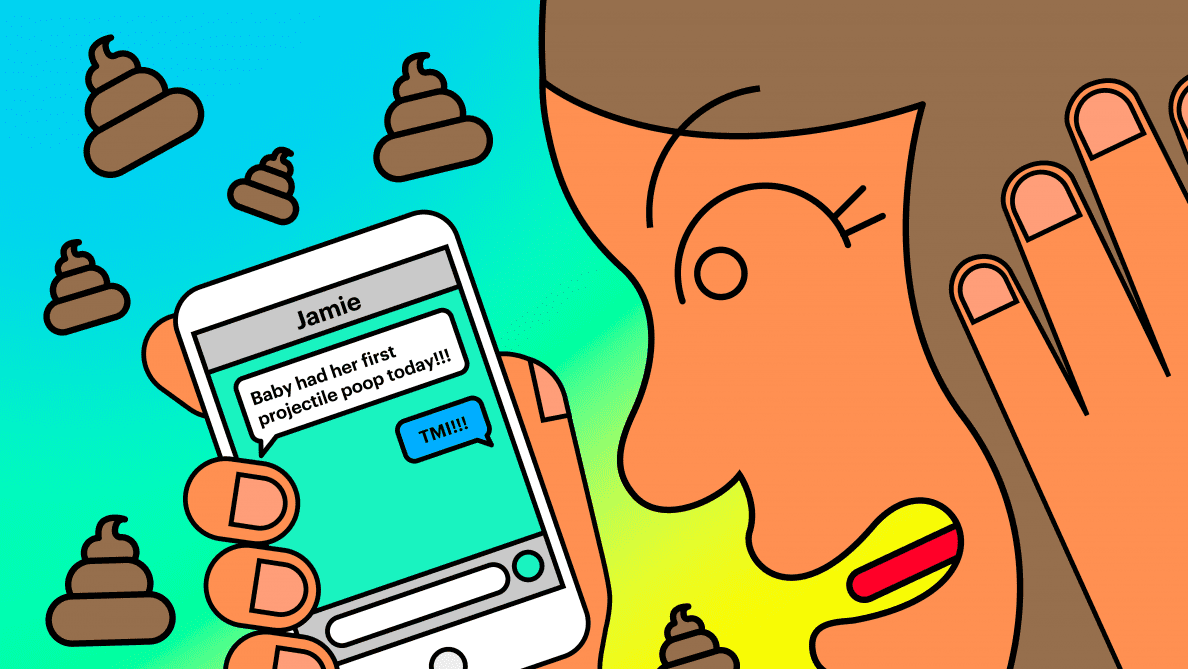 What Does TMI generally Mean?

When this occurs, one approach to handling the embarrassment is politely informing the person giving too much to stop by saying, “TMI!” The TMI expression is a staple of online chat culture, just like many other expressions.

What Does TMI Mean In K-Pop?

TMI is said to be an abbreviation for “too much information” in English and is translated as “a lot of out-of-pocket facts and anecdotes” in Korean. 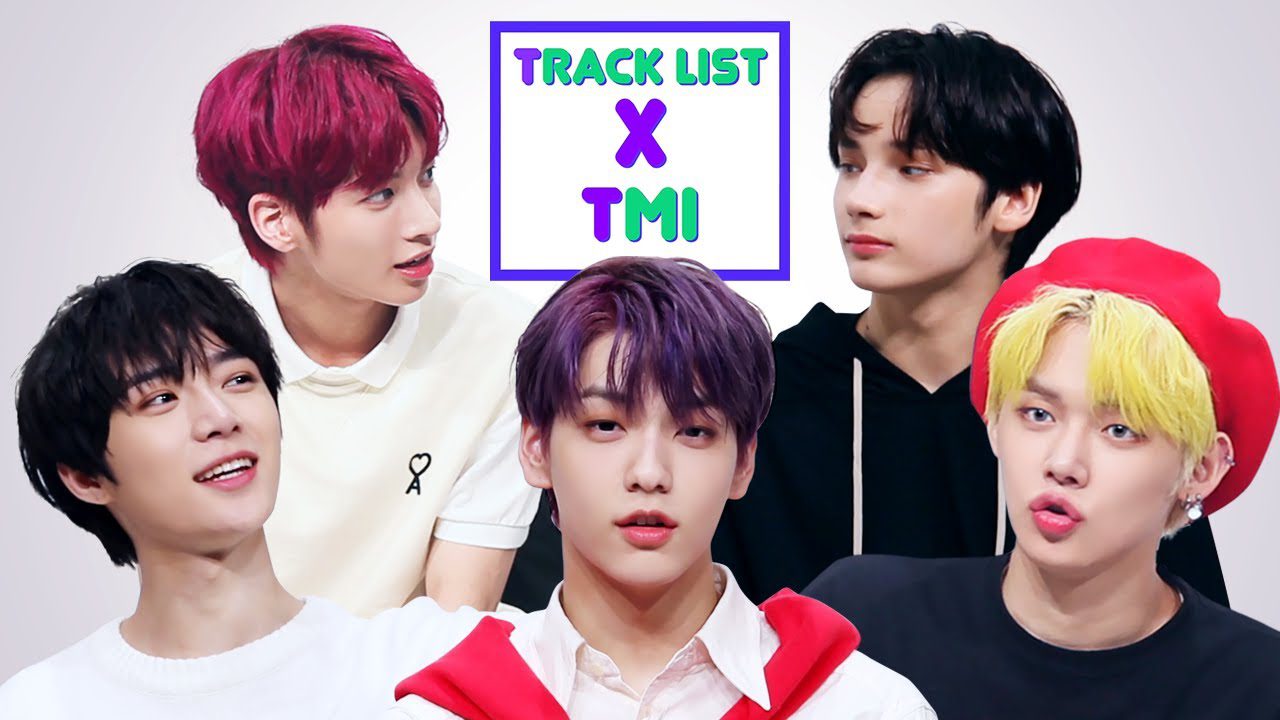 TMIs can come from particular variety show parts made for compelling idols to reveal their darkest secrets, from Q&As with fans, from other group members, or even from the idols themselves if they choose to share them voluntarily.

It’s fun to learn something new about your favorite celebrity, whether it’s an interesting fact, a funny anecdote, or even a personal habit. In Korean, TMI is defined as “Nobody questioned but let me simply inform you” or “Irrelevant personal information of the day/random incident that happened to me today.”

The topic of “Today’s TMI” is frequently brought up by fans. It simply means, “Tell me something arbitrary that you did today.” They typically respond with, “I ate with the members,” “I didn’t wash my hair this morning,” “I slept for ten hours on Wednesday, so I skipped lunch,” or “I went back to see my mother today.”

TMI In K-Pop Is More Of A Culture Thing

Most K-Pop celebrity management companies ensure that the idols they work for share TMI. The purpose behind this is said to be engaging with their fans on a global level. They aim to involve the K-Pop idols’ fans in their day-to-day activities. 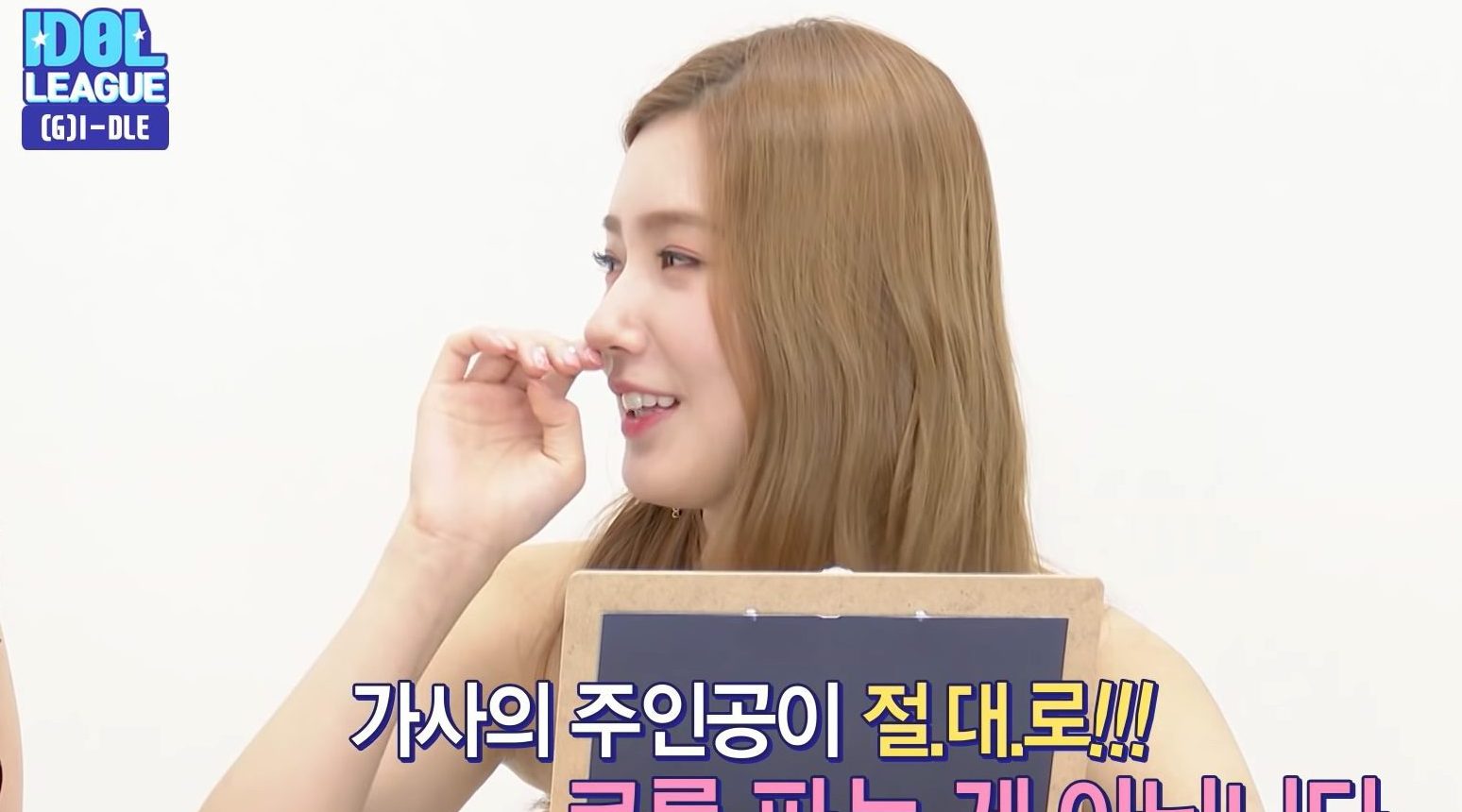 Soojin admits to picking her nose

The idols are frequently seen discussing it in their lives and other content under a segment called TMI. It feels like “trying to interact intimately with their fans,” which was something weird for some new K-Pop fans initially.

Some find it weird that idols talk much about what they eat as TMI. It has now become more of a Korean cultural thing. Here is a look at some instances where K-Pop idols were seen giving away TMI.

Wendy From The Red Velvet

Red Velvet’s members were abruptly prompted to share a TMI during their “Zimzalabim” comeback performance on V Live. They initially had trouble finding an intriguing secret for the followers until it was Wendy’s turn to speak up.

Wendy’s mosquito bite being discussed on a TMI segment

Irene urged her to talk about the unpleasant mosquito bite she had received, and she agreed grudgingly. The members were so embarrassed by Wendy’s TMI that they swiftly ended the segment and went on.

Rosé, a member of BLACKPINK, revealed that Lisa followed a humorous sleeping routine during a game segment called “Kill or Love.” The singer claimed that Lisa had a routine of sleeping with her arm coolly raised over her head and waking up with it still in that position—almost as if she was prepared to support a friend or provide an answer in class!

This is a piece of evidence that Lisa, the dancing queen, always maintains her stunning look even when she tries not to.

Because GOT7’s Yugyeom also has a humorous tooth-brushing habit, it must be some type of JYP artist’s need to have a distinctive method of brushing their teeth. After brushing his teeth, BamBam claimed Yugyeom simply fills his mouth with water and shakes it like a puppy instead of swishing!

You can see Youngjae’s shameless mimicry of Yugyeom in the maknae line, which led to some typical GOT7 TMI extravagance.

Chanyeol revealed the final TMI for their “Ask In A Box” segment for their “Overdose” comeback, which comes from EXO member Kai.

In response to a K-pop follower asking about how they had saved each other’s contacts on their phones, Chanyeol came clean and said that Kai doesn’t even have the other members’ phone numbers saved on his phone. His fellow EXO members look stunned, and Kai’s embarrassed reaction to Chanyeol’s TMI betrayal is equally funny.

While TMI is a term or slang in today’s internet communication, TMI is also a single released by Gray. This song was released in 2019. The song explores multiple genres of music, namely rap and hip-hop. Gray is said to be both the composer and lyricist of the song.