Sung Jinwoo and his iconic side eye (Credit: Kakao Webtoon)

It is almost impossible that people associated with the anime, manga, or manhwa community haven’t even heard about this masterpiece. Just after the release of this manhwa, everyone was talking and discussing this almost everywhere.

The story is about a person who is a hunter, actually the weakest hunter in the world, an E-level grader. He puts his life on the life every day at every moment to support his family, which consists of him, his sister, and their mother, who is under the effect of eternal sleep.

One day when he goes into a dungeon with some other hunters, they are stuck in a life-and-death situation where some of them betray the others and run, the situation is that only Jinwoo, his friend, who is also his lover, and an experienced hunter is left.

In order to save their life, he asks them to leave by sacrificing their life. He is all alone at this moment, thinking about his family and the moments spent with them. Right after he dies, he gets revived by something of the higher entity, and suddenly, he gets the ability to power up.

He works hard every day, clears levels and power-ups, and becomes the strongest hunter to ever walk the planet Earth. He gets so powerful that when he walks into a room the other hunters can feel the energy gushing into the room with him. Everybody is literally intimidated by him.

Although some people will argue that the ending wasn’t satisfying, but from Sung Jinwoo‘s perspective, it was pretty justifiable. Well, for those who think the ending wasn’t the best, don’t worry. The creators are back with a side story that has already released two chapters till now.

The chapter starts with the principal telling the sports teacher saying that the problematic student is going to join the school. The teacher looks at his profile and says that his father works at the fire station and his mother is a normal housewife, and his results are pretty ordinary as well. He concludes that he doesn’t look problematic as described.

The principal explains why he was expelled before. The teacher gets to know that Sung Jinwoo (The Problematic Student) left his house when he was in the first grade. The principal asks the teacher what he thinks about him and if he will be able to manage him. 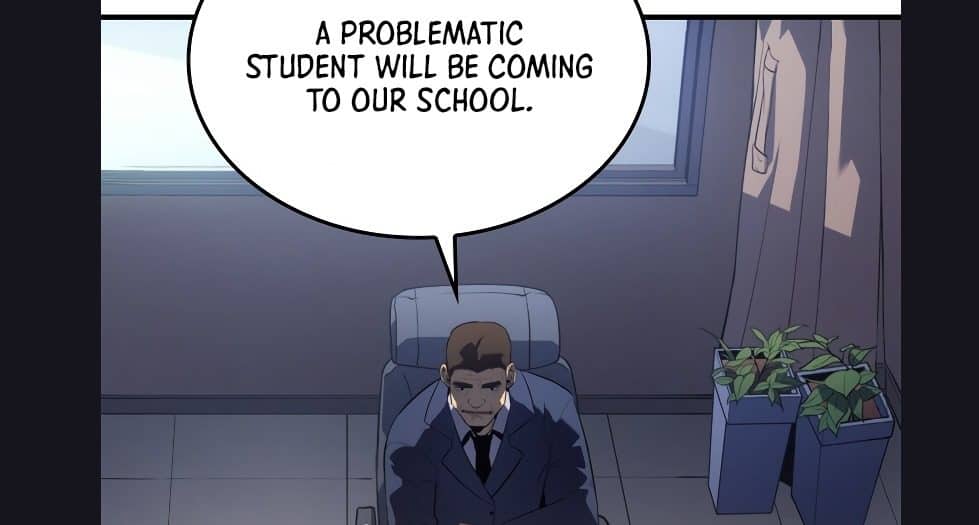 A Problematic Student Will Be Coming to Our School (Credit: Kakao Webtoon)

The teacher says that there is a reason he is called the viper and tells the principal to hand over all the problematic kids to him and to rest assured as he will look after them and make sure that they turn unproblematic by the end of the school year.

All the students are now standing in the ground for attendance or assembly. The sports teacher yells at them to be quiet. He then spots Jinwoo from a distance, and while looking at him he thinks to himself that no matter how chaotic he might be, he will tame him. 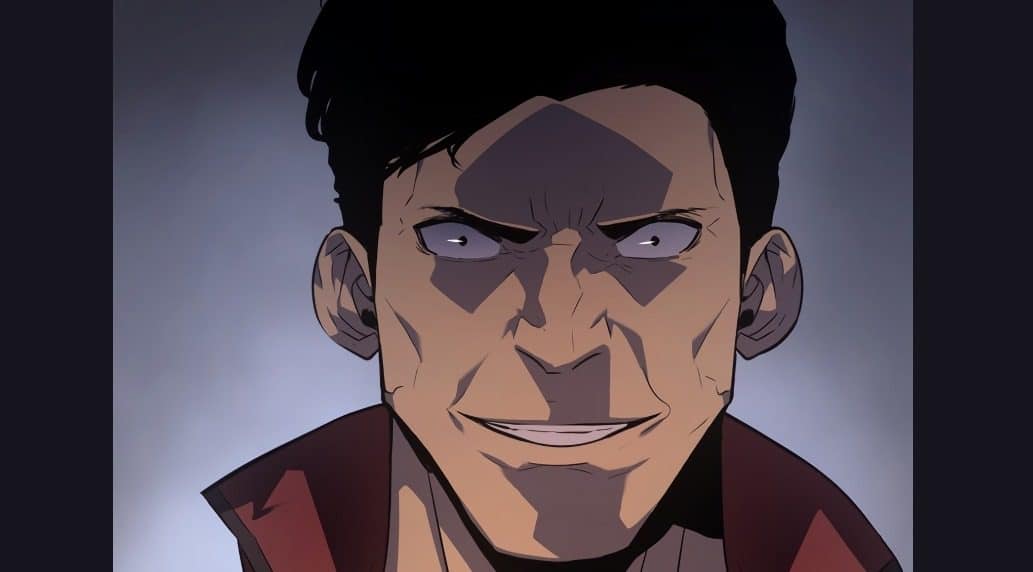 The Sports Teacher is confident that he can control Jinwoo. (Credit: Kakao Webtoon)

He notices that Jinwoo is wearing gloves which are against the dress code, so he thinks of going up to him and teaching him a lesson. However, just as he walks up to him, Jinwoo gives him a side eye, and he could feel the intimidating energy of the shadow soldiers.

Solo Leveling Side Story Chapter 3 (Chapter 182) Release Date is 27 January 2023. The title of the episode is Jinwoo Has Joined a High School Club.

Solo Leveling Side Story: Where to Read Online?

Solo Leveling is available to read on Kakao Page and Kakao Webtoon online legally. These are the official publishing websites of this manhwa, along with being responsible for all updates related to this one. The fans can also access the manhwa at Pocket Comics, Tapas, Tappytoon, and Webnovel applications.