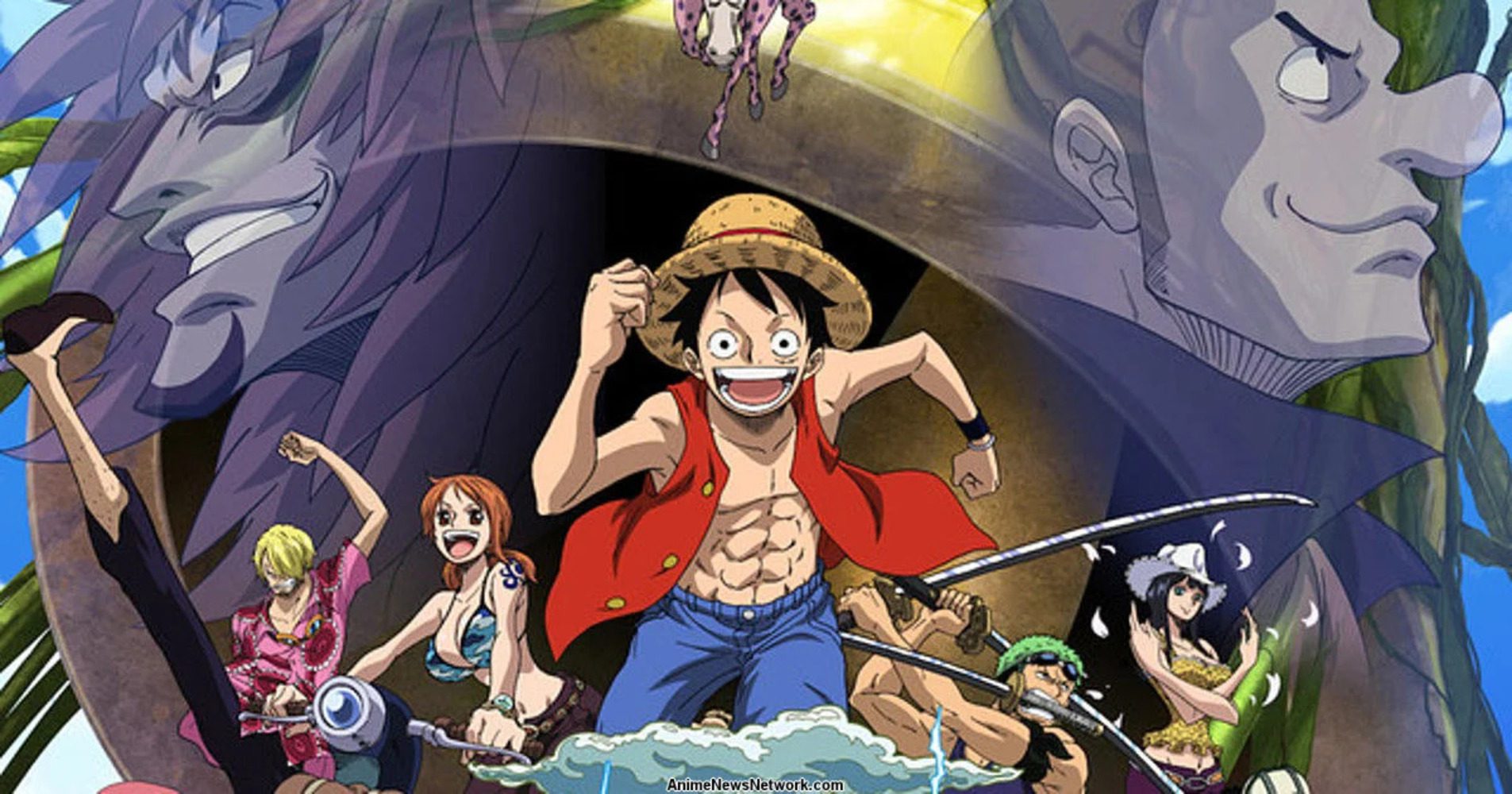 What Episode Does the Skypiea Arc End?

The One Piece manga series is considered one of the greatest anime creations of all time. Eiichiro Oda’s work has sold more than any other series in the manga universe, including Dragon Ball, and its transcendent nature has attracted millions of fans worldwide. Since 1999, Toei Animation has adapted more than 900 episodes, and the company has produced numerous movies as well, making anime a complex medium. In this article, we will see what episode does the Skypiea Arc End.

One Piece’s sixth season, split into two chapters based on Eiichiro Oda’s manga by the same name, was directed by Konosuke Uda and produced by Toei Animation. In the sixth season, the Straw Hat Pirates explore the legendary Skypiea, a land of winged humans built on clouds, where they face off against Eneru and his henchmen in their exploration of the legendary Skypiea. After 4Kids Entertainment dropped their heavily altered dubbing, Funimation licensed it as the first season.

One Piece’s Skypiea Arc is the second and last story arc of the Sky Island Saga, the 13th in the series. In search of gold, the Straw Hats arrive on the sky island Skypiea, only to discover that Enel, a cruel “god”, is threatening to destroy the island.

What Episode Does The Skypiea Arc End?

The Skypiea Arc end at Episode 195 last Episode’s name is “Off to the Blue Sea!! A Heartfelt Finale!!”.

In my opinion, Skypiea is more fascinating to me. But I was fed up with Enel and couldn’t wait to get away from him. The characters of Skypiea were interesting to me. In addition to their traditions and eccentricities, the Skypieans had their pom-pom hairstyles and their cheerful call of “Heso” (I don’t know what that means, nor do I think the Strawhats), and the Shandians had an astoundingly long, rich and fraught history. 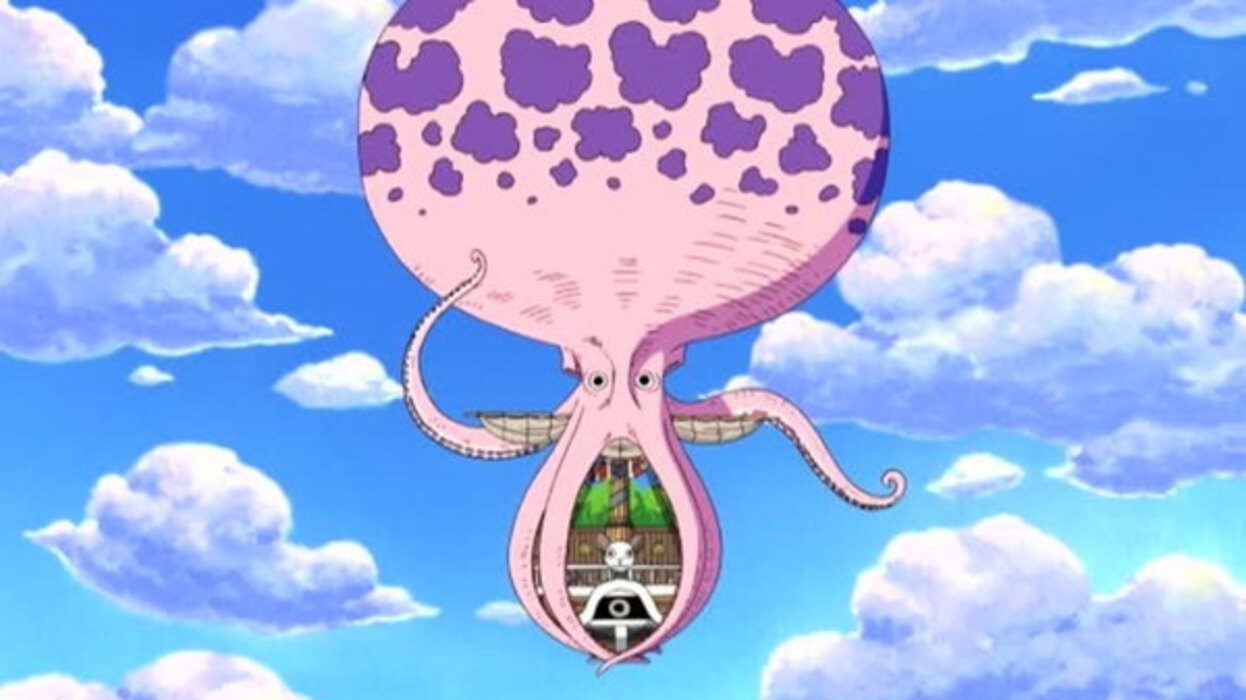 I would choose the Shandians over the people of Alabasta if forced at gunpoint to choose my favorite OPverse culture so far.

One of the best things about the Shandians was that they produced one of the first kids in One Piece who didn’t irritate me. It would be awesome if Aisa could become Skypiea’s first Shandian god when Gan Fall retires in the future. She’s brave, clever, compassionate, and has a wicked talent. I’ll miss Conis and Pagaya and their ridiculous Waver with the ridiculous horn. XD Conis was another very brave young woman, and Oda deserves praise for letting her be such a steadfast, courageous presence. I’m so glad Pagaga is not dead. He was an apologetic, gentle soul.

As an inspired way to introduce more advanced technology to the Blue Sea, the Dials were a fantastic addition. I’m looking forward to seeing what Usopp does with them next. When he stuck the Jet Dials on the bottom of the Merry while it fell, he already shifted into badass hero territory. I wonder if the Dials will make the Merry one of the most advanced ships in the Blue Sea, or at least one of the fastest. Now that the marines have caught up to the Merry, I look forward to seeing it. 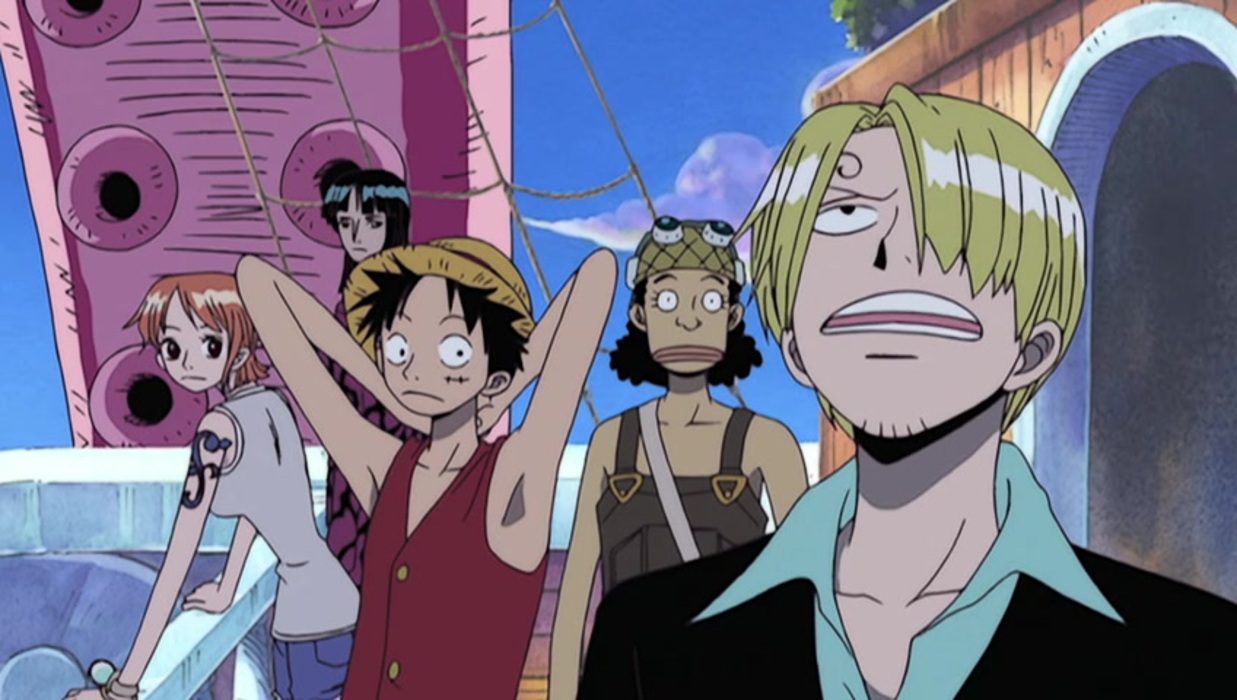 As well as Enel existing, I only had one other complaint with the Skypiea arc, which I think I’ve already mentioned. I think it seemed… disconnected from the rest of things. Oda put in a lot of effort just to bring those dials into the story, even though Robin had to find the Poseidon weapon poneglyph and Roger’s message, and perhaps the Strawhats needed those dials as well.

It is with great regret that I have to disclose that despite only seeing them for five minutes, I have a burning interest in Blackbeard and his crew. Skypiea took the Strawhats away from them and took the political action away from me that I hoped to be a part of.

It’s a story is about a sailor known as the “Pirate King,” Gol D. Roger was the strongest and most notorious person to have sailed the Grand Line. After Roger was captured and executed by the World Government, a revolution erupted throughout the world.

In his last words before dying, he revealed that One Piece was the world’s greatest treasure. As a result of this discovery, mankind sought to find One Piece, the treasure that offers endless wealth and fame, as well as the ultimate goal of becoming a Pirate King and reaching the pinnacle of glory. Monkey D.Luffy, a 17-year-old boy, defies the notion of a pirate. 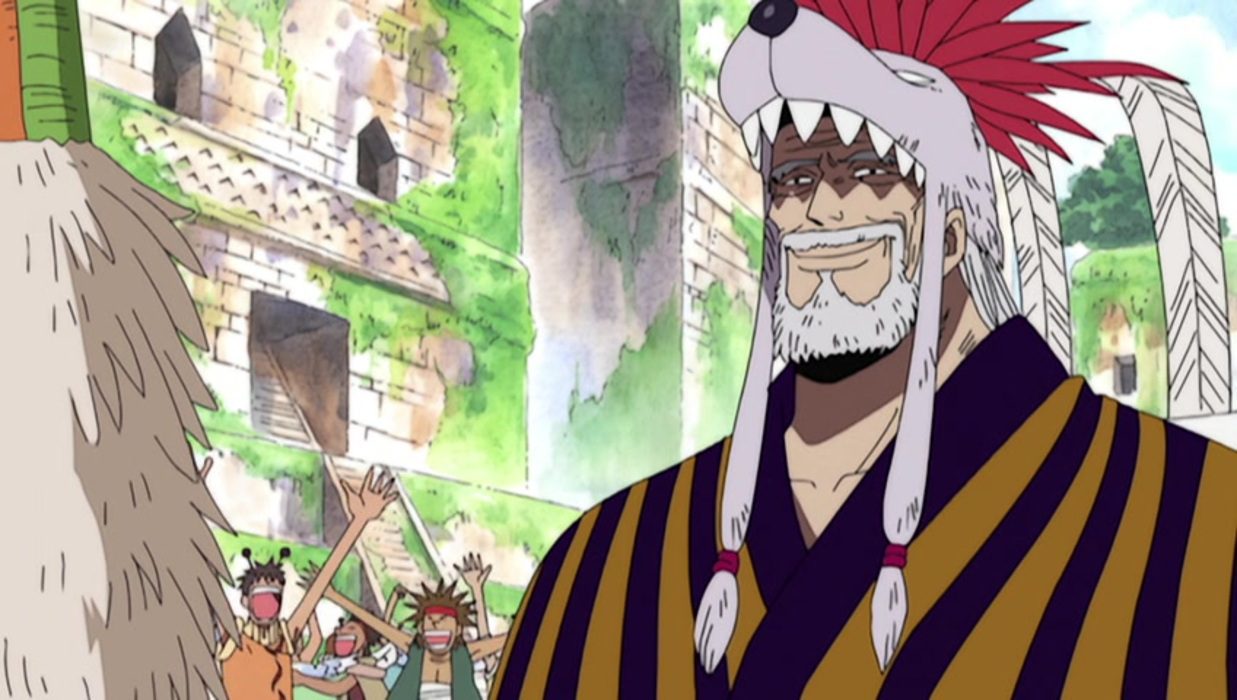 The idea that he would be in for an exciting adventure that would lead him to intriguing people and, ultimately, the treasure is Luffy’s reason for being a pirate instead of the popular image of a wicked, hardened, toothless pirate robbing villages. To reach the most coveted of all fortunes-One Piece-Lucy follows the footsteps of his childhood hero, traveling across the Grand Line, exploring crazy adventures, solving dark mysteries, and battling strong enemies.

Also Read: The Lucifer And The Biscuit Hammer Episode 10 Release Date: Hekatombaion And The Beast Knights