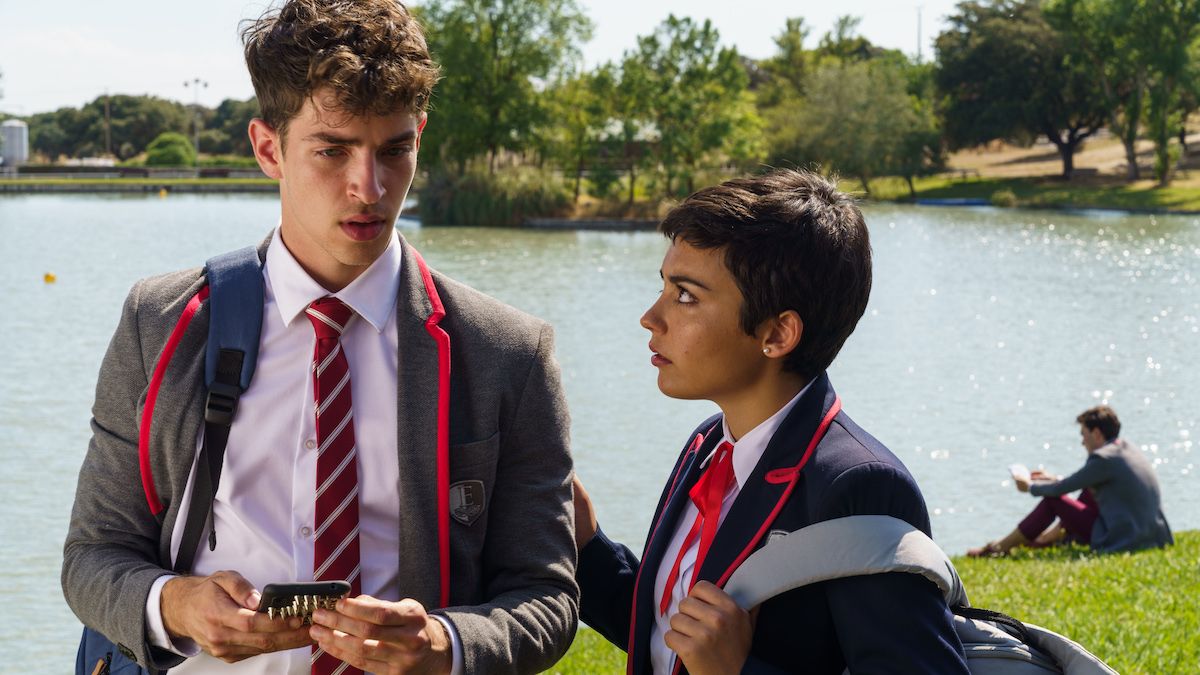 With the show releasing its new season this week, fans are curious to know how to watch Elite season 6 online. Well, we have got you covered. The series originates in Spain. Carlos Montero, as well as Dario Madrona, created the show. The entire plot is set in Las Encinas. The series focuses on the students who are enlisted in the fictional high school academy.

Some of them are working class and have got in through scholarships. But they will have to navigate the world where other kids come from money and are super rich. Back in season 5, we saw that Armando was now dead, and it was Guzman who killed him.

Samuel and Rebeka have his back and not telling anyone about what happened in reality. Even Omar does not know the truth, but Guzman does not want it any other way. He really wants to keep the information from everyone and is okay with only a few people knowing about it all.

Well, the calm does not last long because then the body of Armando is discovered. An investigation starts for the same, and the police start looking for any evidence that might tie the death of this man to other classmates or people around him. This means that all of Guzman’s relationships are getting being torn apart. This is forever going to alter the course of his life, and it is interesting to see how he copes with it all. A still from Elite Season 6

Later, we see a flash forward which is quite engaging. It is Samuel, and his body is found floating in a pool. Now, the plot of the entire season worked upon the dome of the tiny bits of evidence and how the hell did he get there and died in the first place. The plot leads us to find out everything that has actually happened to him. Later in the series, we see that two new students have joined the cast list, as well as this elite school.

Their names are Isadora and Ivan. Las Encinas welcomes them to their institution, and the duo starts forming bonds with the already present cast of the show. They have taken a liking to mainly Phillipe and Patrick. Well, we know how that evolved in the end, with some relationships actually proving to be more destructive than promising.

Elite Season 6 can be watched on Netflix on the 18th of November, 2022. All episodes are slated to drop out at once on the platform. Netflix costs 8.99 dollars a month for a basic recharge plan. This includes only limited device connectivity and screen resolution.

This season of Elite will focus on yet another death at Las Encinas. The students are reeling from the same and trying to put the pieces together while also performing well at school. As per the official synopsis, it is stated that this new season of the Elite is going to focus more on racism as well as sexism, and other political issues while taking up the themes that are currently prevalent in society and causing a lot of chaos.

We will also see some other gore elements, such as domestic violence and homophobia. There are some new cast members added to the series as well while they are trying to take down the corrupt system at their school. If the authorities will not take responsibility for the same, it is upon the students of the school to make the changes necessary right here.