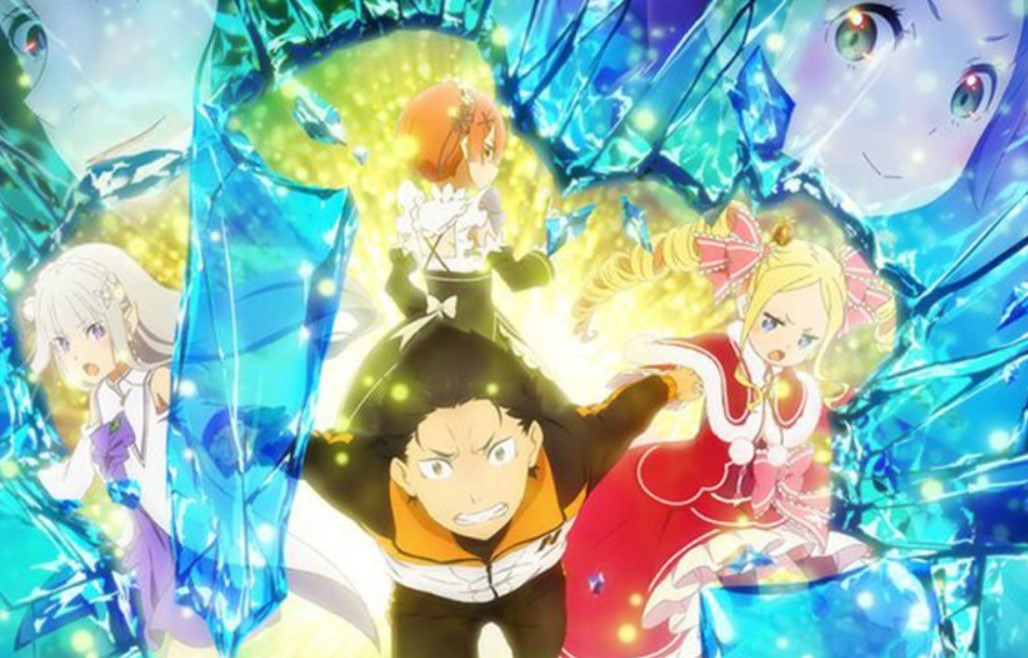 In early Jan 2021, we will hit again with Re Zero’s continuation continuing from the last part where it has ended in Season 2 Part 1 Episode 38. Let’s find out how Subaru will continue to Emilia on their life adventure where Subaru always wants to be near Emilia. Even after dying countless times, Subaru finally ended the White Whale threat and defeated the Witch Cult’s Sin Archbishop representing sloth, Petelgeuse Romanee-Conti.

Later shortly after overcoming a tragic ending and reuniting with his beloved Emilia. He then discovered that Rem had been erased from this world. He decided to protect everyone he loves and his friends.  From the recent development, Subaru met with Beatrice at the library they talked about the black book. Later they find out that the pages of the book are blank. Beatrice reveals that it was some time ago when the black book stopped showing her future.

Re: Zero-Starting Life in Another World Season 2 Part 2 Episode 39 Release Date and Summary

Re: Zero-Starting Life in Another World Season 2 Part2  Episode 39 will be released on Wednesday, 6 January  2021, at 10:30 PM. The latest episode of this anime will be released every Wednesday in Japan. The next episode’s spoilers are not yet released re Zero Kara Hajimeru Isekai Seikatsu 2nd Season Part 2. Enjoy watching this anime officially on Crunchyroll. Take a look at more updates below.

Re: Zero-Starting Life in Another World Season 2 Part 2 Episode 38 Summary

Many years had passed when the book showed nothing about her future. They also find the truth about the spirit contract to Echidna and ended up being chased by the villain lady. Subaru unleashes a Shamac and makes smoke everywhere so that he can escape with Beatrice. The villain managed to catch up with them and wanted to send them to meet the angels. Beatrice fought a great battle with Subaru’s help, but she got taken down and sent Subaru to safety using her spirit powers.

After Beatrice uses Frederica’s crystal to teleport Subaru back to Sanctuary, Subaru finds it’s snowing, and that Emilia has gone insane from repeatedly failing the trial. Subaru manages to reunite with his friends again and met with Garfiel. Garfiel demands Emilia stop the snow, but Subaru reveals Roswaal’s fault, and they confront him. Roswaal fights with Garfiel and Ram to kill them.

He reveals to Subaru that he has the other Tome of Wisdom and knows he has been time looping. The Great Rabbit then attacks and kills Roswaal while Subaru survives long enough to reach Emilia and die in her arms. Later, Subaru met with Echidna and went through the second trial, and Echidna decided to tell Subaru the truth about Beatrice. She reveals that her desire for his Return By Death and that she was the one who makes Beatrice wait in the library waiting for “that person” who doesn’t exist.

After feeling that he is being betrayed, he decided to cut ties with her, and he later met with Satella. Satella gives Subaru advice that he should love himself more. Hearing that makes Subaru got broken down completely since it is coming from the person who is responsible for his suffering. Subaru tries to kill himself to get out of the situation. But Minerva revives him, and Carmilla reminds him of how people were stressed for him in the second trial.

It caused Subaru to start thinking about himself and regained his fear of death. When he is about to part ways with the witches, he thanks them for what they have done for him. Later he wakes up and is comforted by Patrasche and Otto and finds he can’t take the trials anymore. Subaru decided to meet with Roswaal and, they both reveal that they know each others’ secrets.

Roswaal blames Subaru, and he is disappointed in Subaru for still not taking full advantage of his loops. Roswaal reveals that he hired Elsa with the end-goal of molding him in his image. Subaru has only one option he can either save the mansion or Sanctuary. He can’t save the two of them, realizing that Roswaal is a madman. Subaru decided to go away and got confronted by Otto, who tells him to stop troubling himself by holding all the problems to himself.

Re: Zero-Starting Life in Another World Season 2 Part 2 Official Trailer

We will be bringing you more updates next week for the upcoming episode. For today we end it here with the updates of  Re: Zero-Starting Life in Another World Season 2 Part 2 above. You can get more episodes and news about this anime by visiting the official website using this link re-zero-anime.jp. Keep in touch for you to get more.