If you are distracted by the constant delays in the One Piece Manga, things are getting interesting with each new chapter. So much that the next chapter will start the anticipated fighting. No one knows what the outcome of this showdown is, but the set up is almost complete. It’s a tradition in the One Piece Arcs to not jump into the final fights before covering every single detail. Oda wants us to know everything before the fights even start.

The Official Release Date of One Piece 985 is July 19, 2020. But the chapter is already out on the internet. If you still haven’t read the chapter, you can read it on the official release featured at VIZ.

The Showdown at Onigashima

This may come as a surprise but Kaido wants to start a war with the World Government. His ultimate goal, behind gathering such a huge army power under him, is to take down the system. It makes you wonder about the story of Kaido. What made him turn into such a tyrannical pirate. Kaido’s power comes from his Mythical Zoan turning him into a dragon along with the extreme skill in using Armament Haki. Anyway, Big Mom and Kaido’s Alliance makes sense now. Big Mom wants the One Piece, Kaido wants an Ancient Weapon to use against World Government. While this announcement is made, Luffy is watching along with Yamato.

He is always eager to respond to anyone who mentions One Piece. Yamato is also mentioned in the announcement. Kaido gives every follower of Orochi the choice to join him or die. The plan is that Kaido takes over the whole country. Turn it into a fortress against the government. Enslave all people of Wano to produce more weapons. Orochi objects and gets killed without any warning. Everyone is shocked. Kaido is very serious about his plans. He wants to make Yamato the leader of this “New Onigashima”. Yamato doesn’t like this idea either. Luffy and Yamato have both come out of hiding. A showdown is up next. 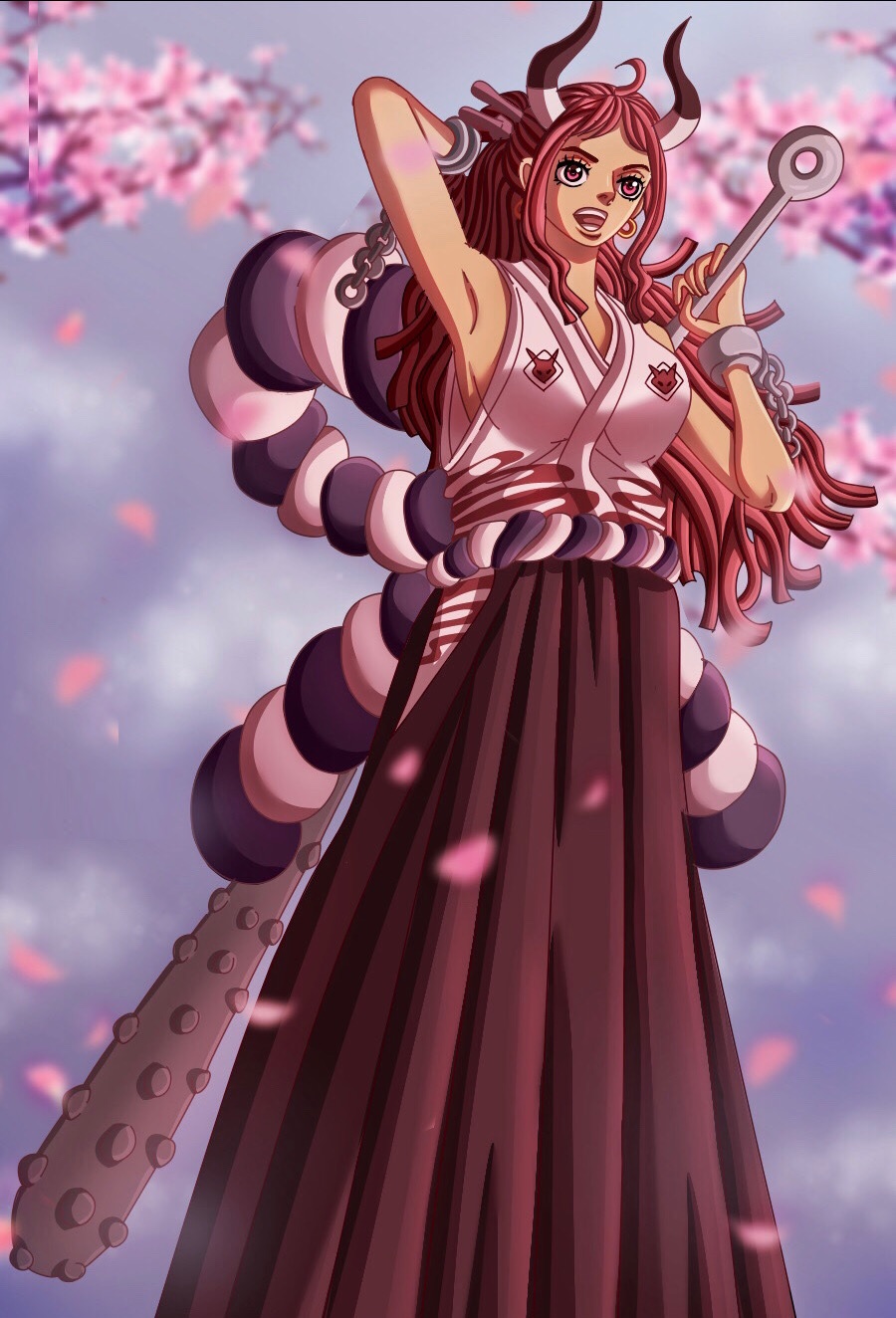 Now that, we know about Kaido’s plan, the fights are all set up. If Luffy and the alliance behind him fail to win here and now, Kaido is going for a War at the new Marineford. You should remember that this is not the first time Kaido went for a showdown at Marine Headquarters. At the Marineford War, when whitebeard went to take his son back, Kaido had also planned on attacking. Shanks appeared to stop this attack along with the whole war. If Kaido makes another attempt like that, Shanks will make a move on Kaido again.

On the contrary, the Wano Country Arc is set up in the same way as the Dressrosa Arc. Luffy is not strong enough as compared to Kaido. But did it ever stop him from trying again and again? I think the second fight between Kaido and Luffy will not be as short as the last one. There will surely be destruction and Chaos. Who wins? No one knows. Who else is planning on joining this fight? There are a lot of questions about the upcoming Beast Pirates vs Samurai of Wano. The good news is the fight is about to start. The duels will be set. The strongest beast vs the Straw Hat Luffy, this is the biggest fight that is widely anticipated in the One Piece Fan base. I think we will get it before the manga crosses 1000 chapters. Rest will become clear as more chapters come out. Stay tuned with the manga despite the delays. It is just getting exciting. Let me know your thoughts in the comments. Your feedback is valuable to us.