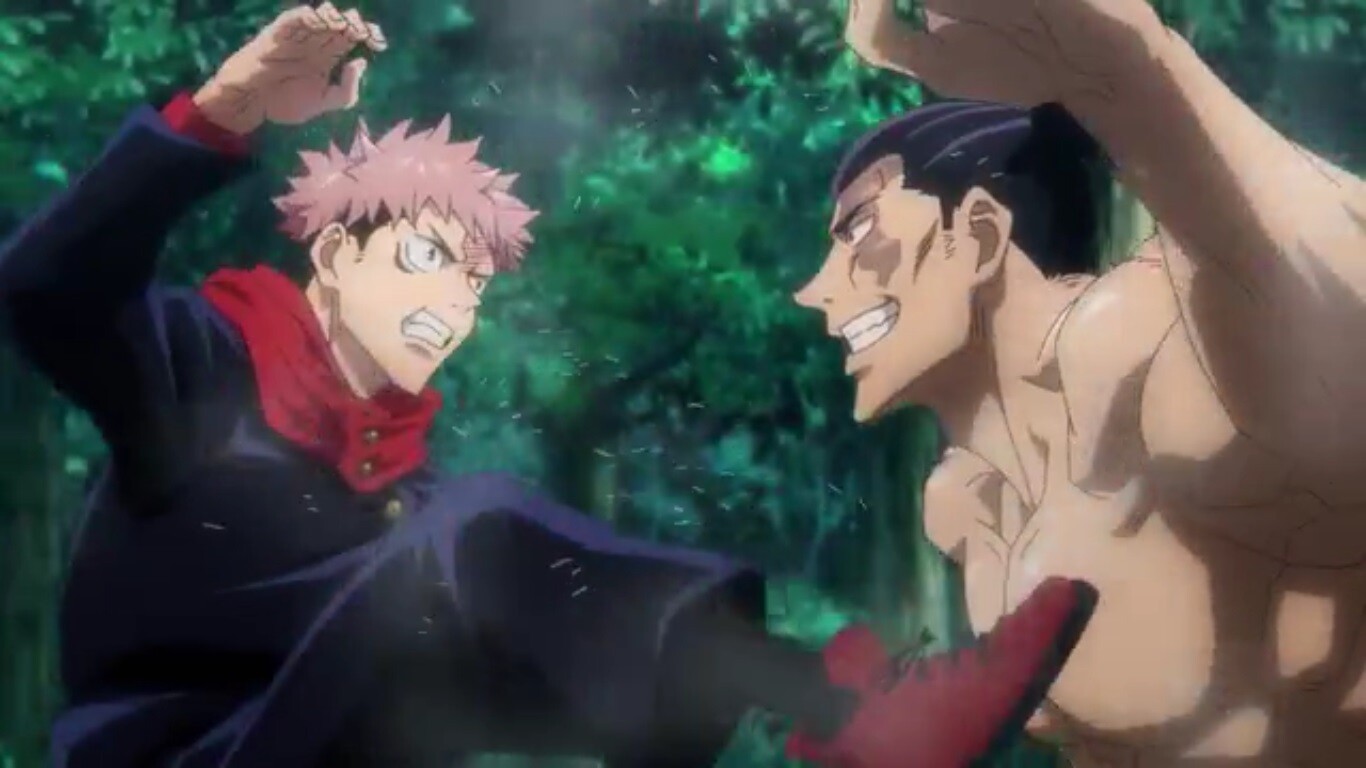 Jujutsu Kaisen episode 16 presented us with the continuation of the wack exorcism race between Tokyo and Kyoto sister schools. At first, this appeared to be a scheme where the Kyoto school tries to kill Itadori. But the last episode of the anime has presented some interesting turn of events. The initial plan was to isolate Itadorin and ambush him for the final kill. Most Kyoto students see Itadori as Sukuna’s vessel, and as a threat, they believe that they should kill him.

Fueled with rage from the school principal after he found out that Itadori was alive all its time. Kyoto school entered the race to defeat Itadori. But as we know it, things have turned out to be different. Todo, who was somehow obsessed with Itadori, wanted to fight Itadori on equal grounds without any interference. He promised that he would kill Itadori in his fight, and his comrades believe him.

With this, the ambush team for Itadori was dissolved, and each student focused on the race instead. Todo and Itadori’s fight has now turned into some lecture. Todo appears to be using the same curse technique with Itadori. And due to this, they have now become best friends. At least that is how Todo sees it, and Itadori is just as confused.

Jujutsu Kaisen Episode 17 will come out next week, and that is when we will see Todo go full power against Itadori. New episodes of Jujutsu Kaisen are also available online for streaming on Crunchyroll. For those of you who prefer dubbed episodes, they are yet to receive updates. For now, only the subbed episodes of the anime are streaming. 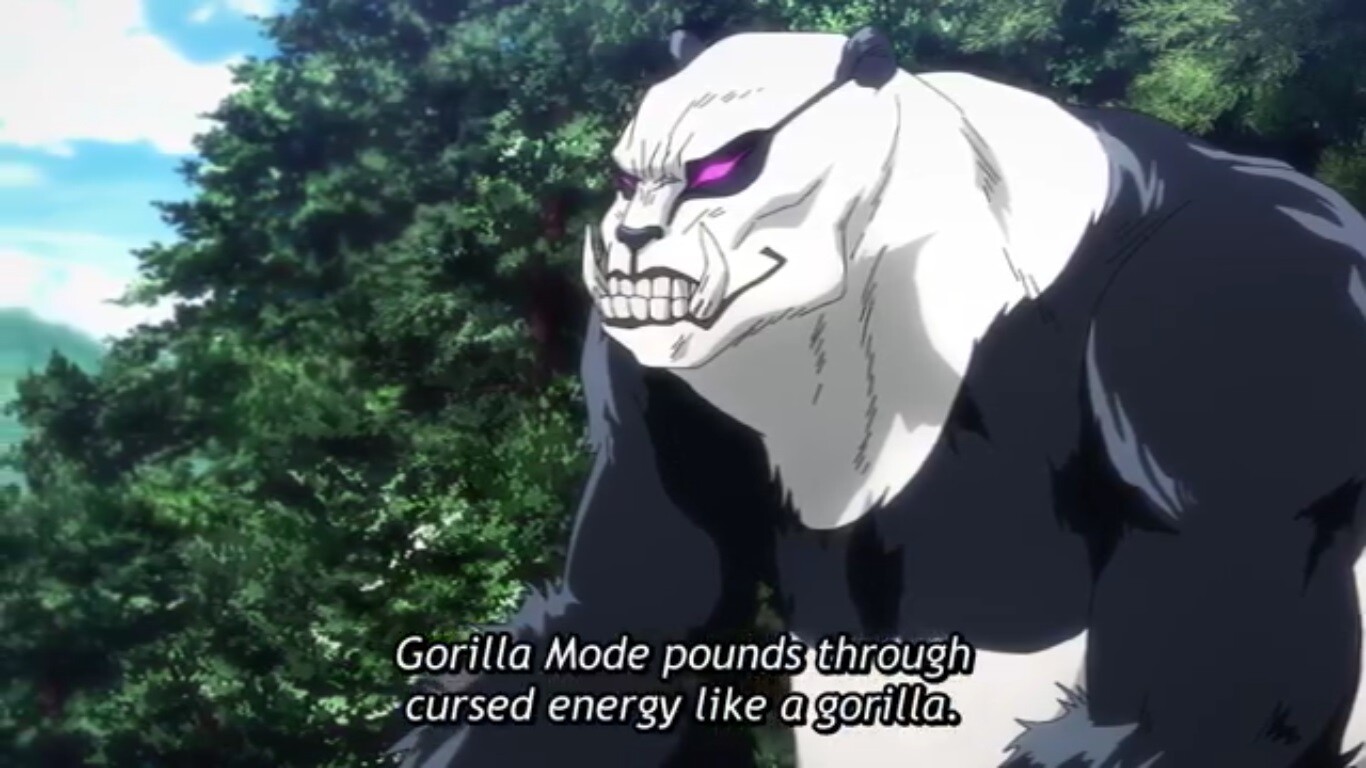 The past few episodes of Jujutsu Kaisen took a look at developments towards the impending murder of Itadori. But in the last episode, it appears that the focus shift towards Panda’s fight. We did see glimpses of Itadori and Todo’s fight but only brief details in the past few episodes of the anime. Maybe this fight will be the fight of the first round as it seems to be the one deciding how things will turn out in the end.

The last episode took us a little through Todo and Itadori, who are still at it. But Todo was Toying and decided that it was time to take things more seriously at the end of the episode. He has now given Itadori enough lecture on the effective usage of his curse techniques. But more screen time was left out for Panda and Mechamaru’s fight that was intense.

It was a fight between fellow corpse technique users. But it appeared that the secrets behind how Panda became what he is, is the one thing that gave him an advantage. Mechamaru appeared to have an advantage with his sneak attack. But Panda deliberately let it hit him to get a sneak attack later on. Upon first glance, Panda appears like your ordinary animal that can talk. But the secrets behind how he became what he is today finally came to light.

Mechamaru, on the other hand, appears as some modified android. As a robot, we would expect his techniques to be based on that end of the operations. And against Panda, who appears to be an animal, then he had an advantage. Their fight was an intense one, and Panda’s advantage increased as he had three cores. 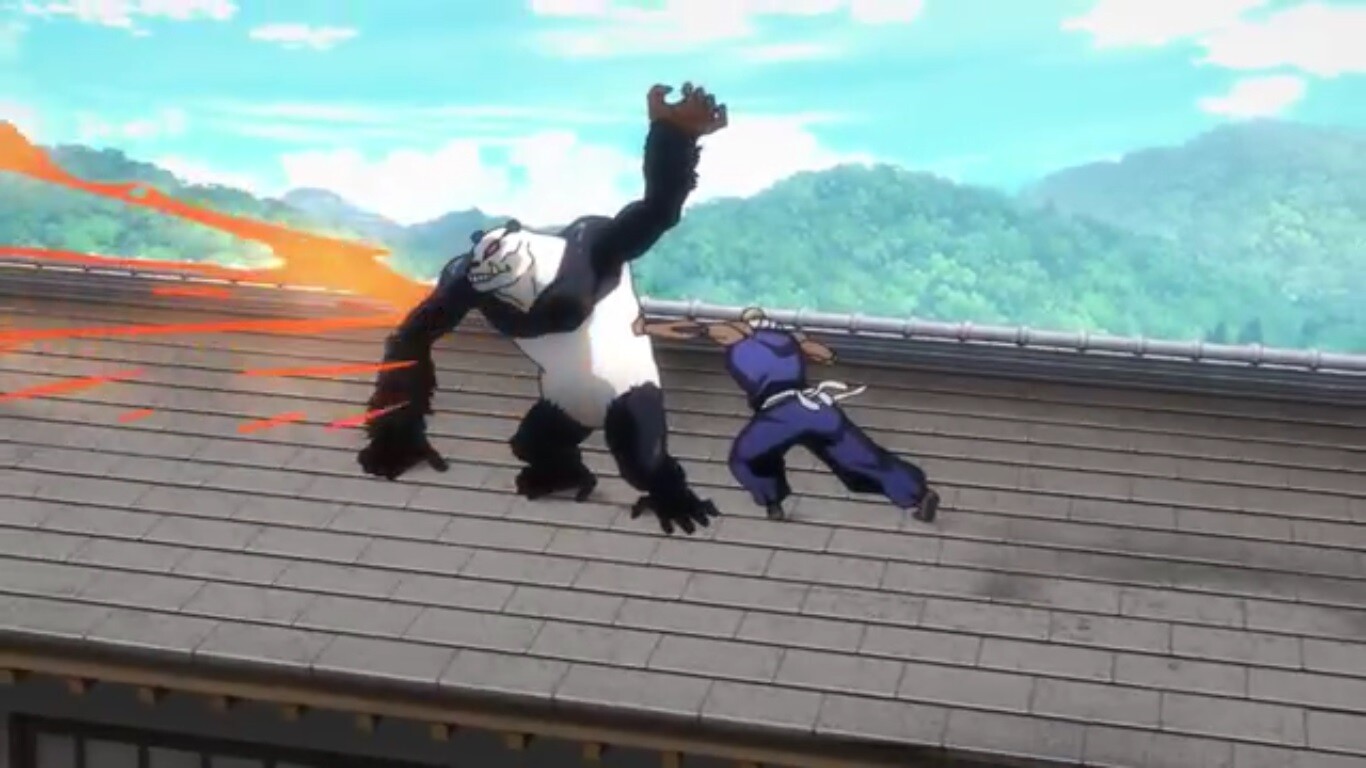 Mechamaru had used his best move from the start and was out of options early on. So this became a fight of strategies. Panda was already left with only two cores, so he sacrificed one in preparation for his final moves. And this was enough to get Mechamaru to transform to his ultimate form and use his final move. Panda seems to have more battle experience than Mechamaru, and he has used this to his advantage. In the end, Mechamaru used his final move on a feint core that Panda used as a disguise.

The feint allowed Panda to get close enough and grab Mechamaru to apply his final finish winning the fight. This would become the first win for Tokyo school with Mechamaru out and Panda exhausted, then everything that is left now lies in the hands of those who are still fighting. At least Pand managed to make a friend out of Mechamaru and had told him that they are not enemies. This is just a competition for them, and they don’t need to have hatred against each other. So Panda was still looking forward to meeting Mechamaru once more.

The anime seems to be building up to something; this is just the first round of the competition, and students are already fighting each other. The first round aims to kill as many cursed spirits as possible. Or be the ones to kill the level 4 grade spirit that is let loose around the area. The next episode will take us through Itadori’s fight that is still going on. For more updates on the release of more anime episodes, you can look at our weekly anime news updates.