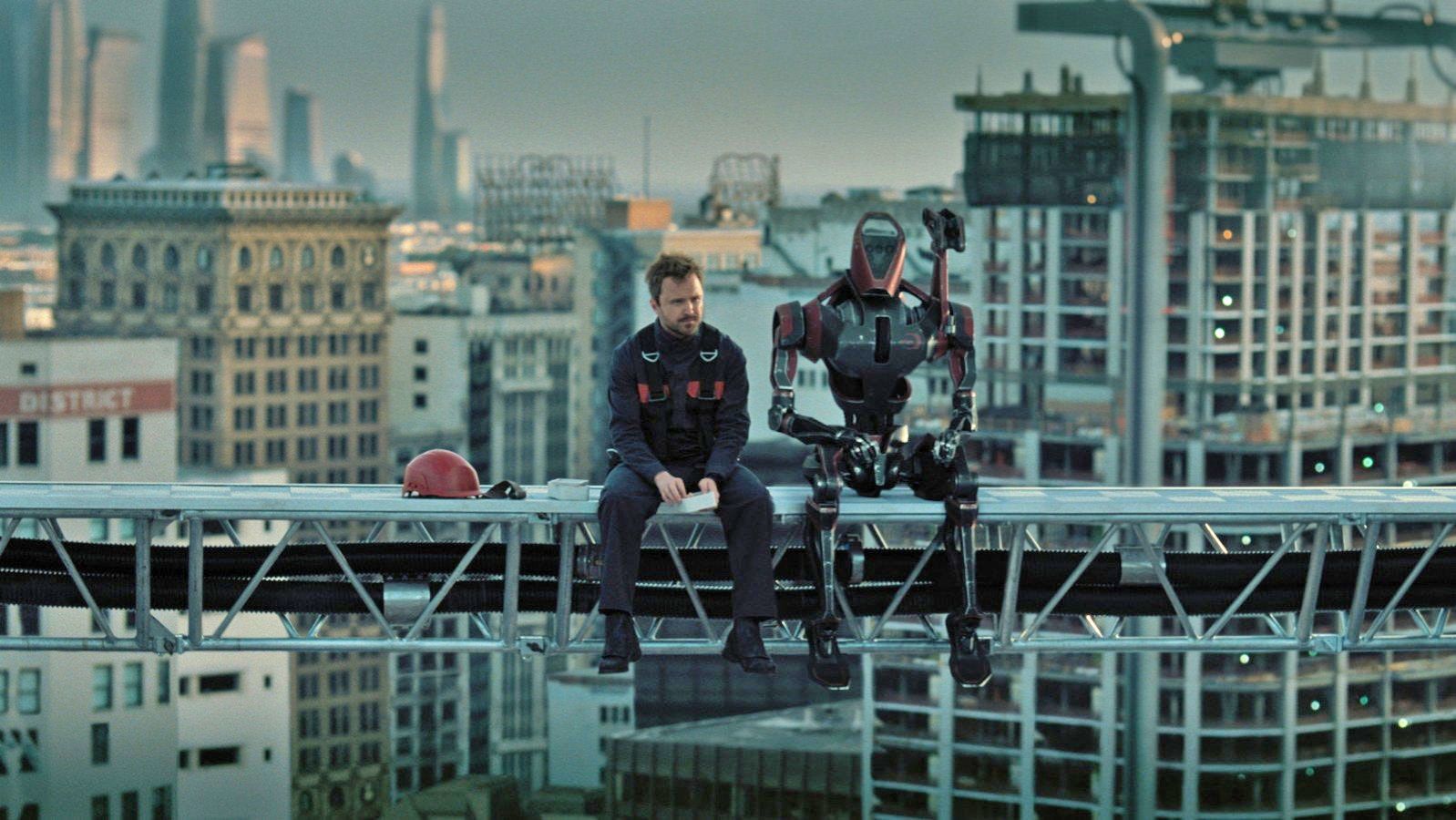 Science Fiction Tv shows are regarded as one of the best genres available to consume science as a viable and interesting manner. We all love sci-fi series and films, some like post-apocalyptic setting, some like cyberpunk and other likes some elements of both. There is something for everyone on TV/streaming sites these days. One can simply log in and start watching their favorite tv series; then, you will be hooked.

Westworld is a sci-fi, western-themed dystopian Tv show which features a western theme park which has hosts and high paying guest come there to live their fantasies. The problem arises when the hosts become self-conscious and started killing guests in order to be free from their loop and enter the human world.
The series has received largely positive reviews from critics, with particular praise having been given for its visuals, story, and acting.
Westworld’s debut on HBO had the network’s highest viewership ratings for a premiere since the first episode of True Detective in 2014.

Dark is a german web series which is known for its accurate depiction of time travel and other sci-fi elements. The show is divided into four different timelines,1953, 1986, 2019, and 2052. It has a deep impact on one’s mind on how time travel works and the different paradoxes of time travel. It doesn’t have any over the top visual effects but has a good plot that fills in for the VFX. The acting is also top-notch. It is an edge of the seat thriller, so you can’t leave it behind. It is a worthy binge, and you will well-invest your time.

Altered Carbon is a cyberpunk web television series based on the 2002 novel of the same title by English author Richard K. Morgan. In a world where consciousness can be transferred to different bodies, Takeshi Kovacs, a former Envoy turned detective, must solve a murder. The series is heavily inspired by Blade runner, in the setting and portrayal of the future. Season 1 is much better as compared to season 2 in the plot , production quality, and character development.
The series takes place over 360 years in the future, with most episodes the first season set in the year 2384, in a futuristic metro city known as Bay City. In this series, a human mind and consciousness can be transferred into anybody known as a sleeve.

Black Mirror is a British dystopian science fiction anthology television series created by Charlie Brooker. it is heavily inspired by tv shows like the twilight zone. It earlier used to air on Channel 4 in the UK and later on picked up by Netflix for its further production.
The stories are set in an alternate present or distant future where each episode is thrilling and easily binge-able.
It has 5 seasons and a standalone Netflix film called Bandersnatch.

Stranger Things is an American sci-fi horror series created by the duffer brothers; it is an instant hit among fans. It is certified fresh as per rotten tomatoes. It stars Millie Bobbie Brown as eleven who has psychic and telekinetic powers and can summon monsters from different dimensions. Eleven and her friend’s Mike, Dustin, Will, and Lucas are a team of young kids who fights monsters, so each season, they fight new monsters and solve mysteries behind that. It ha elements that are easily likable by teens and adults alike. A fourth season is also in development, which will feature our team getting back to fight some more monsters. It should definitely be on your binge list.

Love Death + Robots is an American animated anthology series Created by Tim miller ( known for Deadpool ) and David Fincher ( known for fight club and seven ); it is re-imagining of another very famous film heavy metal. Each episode tells a different story with different characters and settings. It is one of the best animated shows of all time. My favorite episode from the show is shape-shifters, the animation and production quality is top-notch in the show. It is highly rated by critics and fans alike. Grace and Winstead, appearing in live-action roles, rather than animated. In June 2019, Netflix renewed the series for a second season.

Futurama is an American adult animated science-fiction sitcom created by Matt Groening that aired on Fox and later on picked up by and on Comedy Central. The series follows the adventures of slacker Philip J. Fry, who is cryogenically preserved for 1000 years and is revived in the 31st century. Fry finds work at an interplanetary delivery service, working alongside the one-eyed Turanga Leela and robot Bender Bending Rodriguez. TV Guide ranked Futurama one of the top 60 Greatest TV Cartoons of All Time. Its actual depiction of the future is somewhat relatable. You should watch it.

Rick and Morty is a name that is popular in every household. If not, they at least even heard of the adventures of Rick and Morty. Rick and Morty is kind of re-imagining of back to the future series. Rick is the grandfather of Morty, and they go on different planets in search of different quests and adventures. The series gets constant praise from critics for its humor, originality, and creativity. You can easily binge the whole series, which is available on Netflix.

The Mandalorian is a space Western web television series that features the adventures of a titular character named Mandalorian who belongs to the creed of Mandalorian people. The series is set after five years of the events of Return of the Jedi. The series has other characters like Baby Yoda, who is the most adorable character in the show, Cara Dunn and IG 11. If you are a fan of the series, then you should watch it in one go.

The Expanse is a science fiction television series based on the series of novels of the same name by James S. A. Corey. Alcon Entertainment produces and finances the series. It sold three seasons to Syfy, which canceled the series in May 2018. Amazon Prime Video picked up the series for a fourth season; Amazon renewed The Expanse for a fifth season.