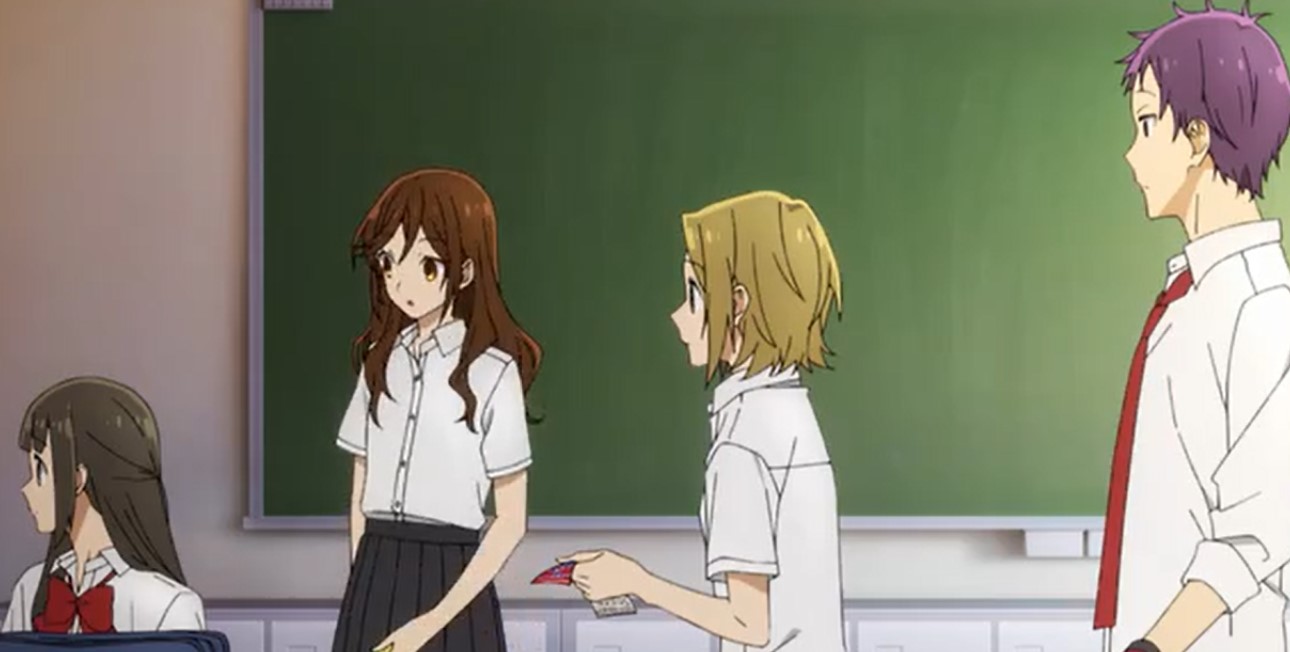 Yasuda is busy teaching his students, and after his lesson is over, he tells the students that. They will be staying for college exams next year, and they won’t get to enjoy their vacation next summer. They can go out this summer and enjoy the pool or the beach while they still can. One of the students said he would like to go with Yasuda, and Ishikawa asked why he would invite a teacher to come with them.

Yasuda yells at Ishikawa the there is no point in going to the pool or beach with a bunch of guys. Ishikawa realizes that he is only going with a bunch of guys. Yuki said Ishikawa is so dumb, and when he left the class, she said, Yasuda is pretty hot. Hori said that they could just ignore him. She remembers when she met him in the morning, and he said he loves flat-chested girls. Hori told others that he tried to cheer her up, and Honoka said she has no idea what he was trying to do.

Horimiya Episode 2 will be released on Sunday, 17 January 2021,  at 12:30 AM. Those who would like to stream or watch this Anime officially can visit Funimation and AnimeLab. This Anime is available on different streaming platforms. A new episode will be released on Sunday, and the updates will be available as soon as possible. Let’s find out more details about this anime below. 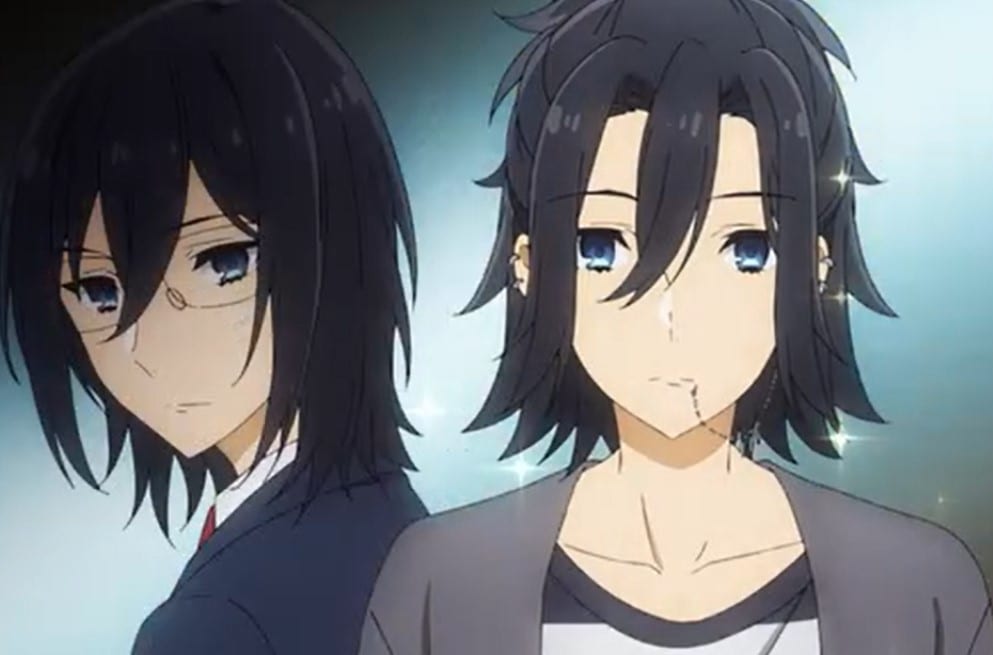 Yuki tells Hori that a guy from another school has asked for her number, and she can give it to him. Hori said that guy didn’t have the guts to ask her, so she must not give him. Yuki can’t believe that Hori keeps on turning guys down just like that. Ishikawa shows the girls two coupons for Karaoke that are expiring today and asks if anyone is interested. Honoka asks Hori if she is interested, and she replies that she is not, and Yuki said Hori always rejects offers.

Miyamura noticed that Hori had dropped her cellphone, and he picks it up and give it to her. He passes them, and they notice that he sounds gloomy all the time. Yuki comments that she bet Miyamura is a total otaku, and Hori realizes something. She decided to leave, and Ishikawa asks why Hori is always in a rush to go home. Yuka said that Hori has a boyfriend, and Ishikawa can’t believe it.

Yuka said that Hori is popular and she won’t be surprised. Hori reaches home and does all the house chores. Her mother calls her, and she said she would handle the dinner since she will be working overtime. After she finished cleaning, she went to fetch her brother from crech, and on her way back, Miyamura saw her. He passed near her and looked back at her, but she didn’t saw him since she was busy with her brother.

The next day Hori’s brother comeback with Miyamura, but he was nosebleeding. Hori took care of her brother, asking if he is not hurt. When she talks about the handkerchief, Miyamura said he is okay he is leaving. Hori realizes that she forgot to talk with Miyamura. She talks with him, and when he leaves, Sota grabs Miyamura’s back, and Hori said he could stay for a few minutes.

Hori said she want to that him for saving Sota and when they are sitting down. Miyamura reveals that Sota fell when a dog was chasing him, and they both enjoy drinking coffee together. Hori can’t believe that the guy she is talking with now is Miyamura, who is always gloomy inside the class. The next day in school, she is still surprised to see Miyamura. Hori notices the Miyamura has two different personalities; when he is at home, he looks like a playboy who can talk with girls.

When he is at school is is so down, shy, and calm, and she decided to talk with him. They went in private, and Hori asks Miyamura to revisit her. When Miyamura asks if she is sure that he has to come again, Hori said it is not her; her brother said so. Miyamura said it is a surprise that she is talking with him, and he thought that after yesterday she would be avoiding him. Hori said that she doesn’t have a reason to avoid him since they are on the same boat.

Hori started to talk in a sweet voice, and Miyamura started to blush. She looks at him, asking why he is blushing. Miyamura replies that he is not used to hearing this stuff. After observing them, Ishikawa asks if Miyamura if he is dating Hori. Miyamura said that ridiculous. Later Hori visited Miyamura, and they both talked about their past. Hori reveals that she has rejected guys like Ishikawa.

More details of the next episode will be available next week as soon as the new episode is released. That’s what episode 2 has to offer for us. See you next Sunday with a new episode and updates