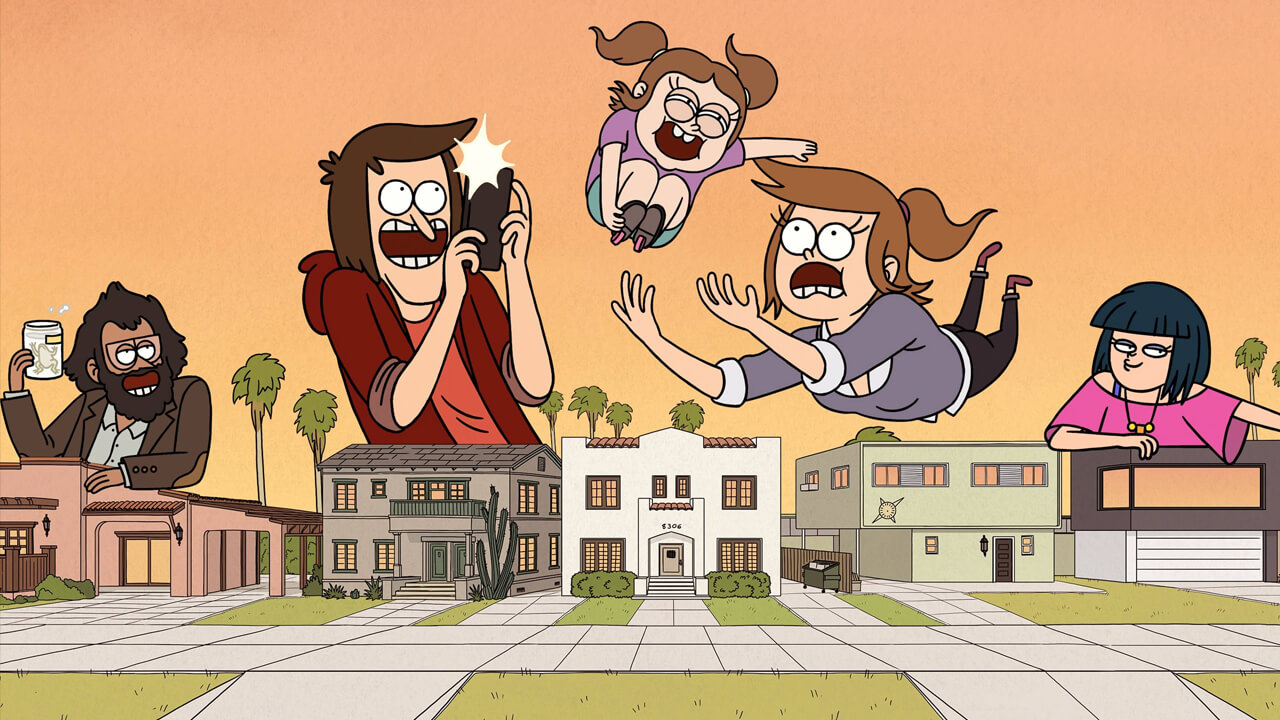 Close Enough captures the strange experiences of adults. The series follows a stoner couple, Josh and Emily, in their early thirties with their five-year-old daughter. They live with their divorced friends in a Los Angeles duplex. The series focuses on their daily lives and their struggles as they deal with challenges such as parenthood, friendship, theft, stripper clowns, and so on. J.G. Quintel models and bases the character of Josh on him. Quintel also gives the voice for Josh. The first season aired 8 episodes on 9 July 2020. Here, we will discuss the spoilers and preview of Close Enough season 2. 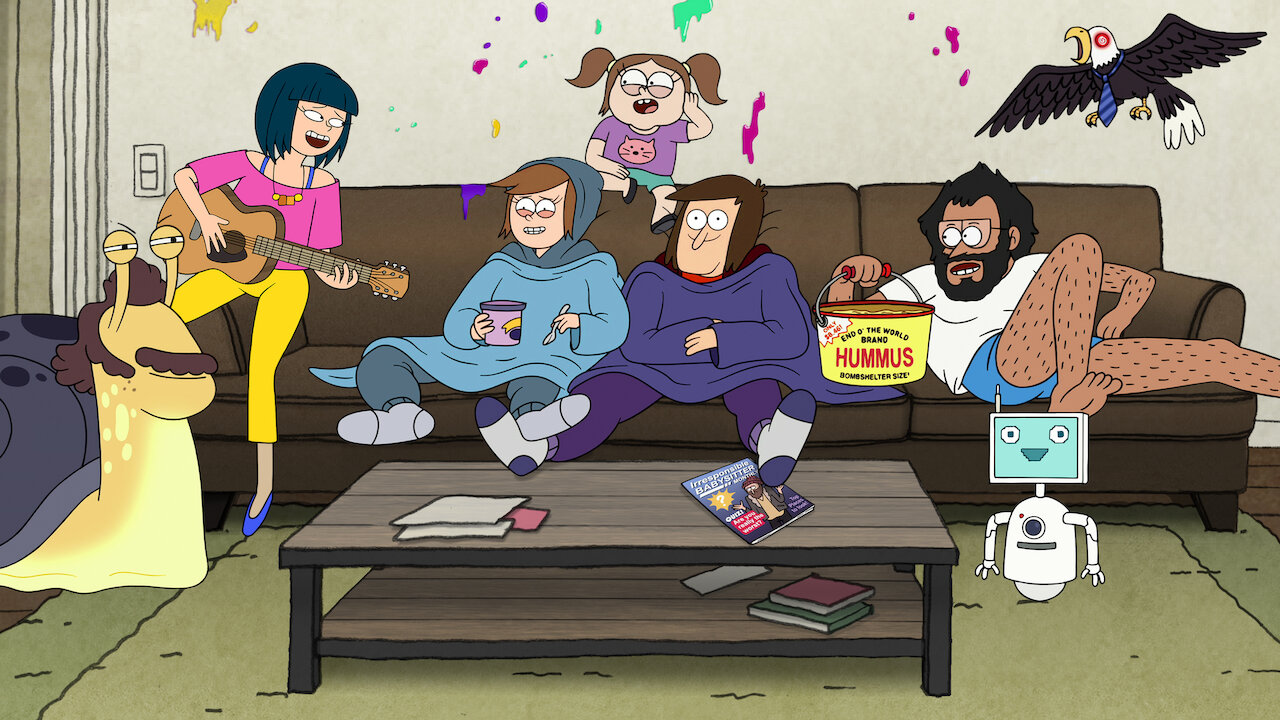 He has an optimistic, kind, childish, carefree, and easy-going personality. However, his foolishness gets him into trouble most of the time. Josh is a video game designer and is very good at his job. He developed an awe-inspiring virtual reality game, “Ladder World”.

She is Josh’s wife and a very hard-working and rational person. Emily enjoys having fun like her husband. She plays video games as a way to get over her stress. Emily is very fluent in Spanish and is an acoustic guitar player.

She is the five-year-old daughter of Emily and Josh. Candice is relatively smarter than other kids her age. However, she comes off as a little silly and reads at a four-year-old level. She scores poorly on several tests. Candice loves crafting and skateboarding.

He is Josh’s best friend and a close friend of Emily. He loves going on wild adventures. Alex is neurotic and depressed. He is a community college professor, though he hopes to become a famous author. He is knowledgeable in anthropology and mythology.

She is a close friend of Emily and Josh. Bridgette is a typical young socialite. She is also an aspiring social influencer and comes from a wealthy family. Bridgette always keeps with the latest trends. She is Alex’s ex-wife.

She is an elderly African-American woman who served as an LAPD Officer before her retirement. Pearle lives in the same apartment complex as Josh and his family and friends.

He is the adopted son of Pearle Watson. Randy is an eccentric jobless man in his late thirties. He lives under the direct care of his mother. He lives a carefree life and seeks out adventures and thrills. Despite being like this, Randy still cares for his adopted mother and loves her very much.

Season 2 of Close Enough focuses on Josh and everyone continuing to navigate adulthood. Along the way, they will experience bizarre situations such as haunted couches, bulbous horses, time-traveling whiskeys, and a houseguest who comes from hell. Consequently, all these will happen in their own apartment.

Also, the second season will include the below special guest stars:

The second season will include the entire main characters with their original voice actors. Additionally, the second season will include recurring characters Dr. Glandz and Jojo. Cheri Oteri will give the voice for Dr. Glandz, whereas Mo Collins will give the voice for Jojo. Moreover, there will be another recurring named Trish. However, the voice actor for him is not announced.