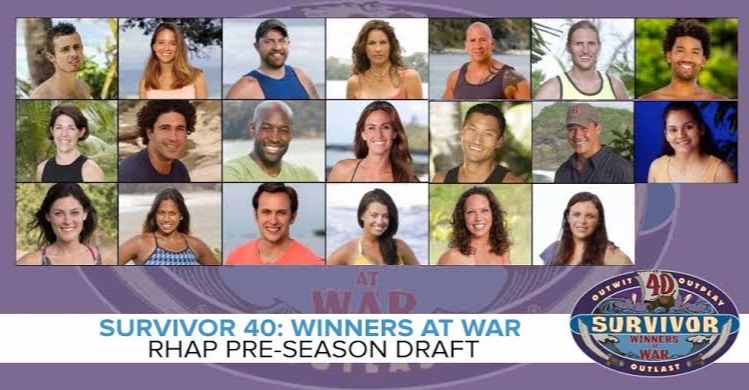 The new season is titled, Survivor: Winners at War, where the winners of the past seasons have assembled again to complete. In this article, we will be talking about the show’s premiere, streaming, and everything we know about it. The show has kept a great fan base from the very first season, and viewers of the series must be looking forward to watching it every Wednesday evening. The article contains spoilers, so proceed with the utmost care. If you don’t want spoilers, the article is not for you.

When is the Survivor: Winners at War Episode 2 releasing?

The fortieth season of the American competitive reality television series Survivor: Winners at War is setting it’s feet to premiere on February 19, 2020, on CBS channel. The show, presented by Jeff Probst, is based on the international Survivor reality competition television franchise (originally derived from Charlie Parson’s Swedish TV series). The upcoming Survivor: Winners at War Episode 2 is titled ‘It’s Like a Survivor Economy,’ and it will air at the above-mentioned date at 8:00 p.m. ET on CBS in the US and on Global TV in Canada.

Where to watch Survivor: Winners at War Episode 2?

Survivor: Winners at War Episode 2 can be watched online on CBS All Acess website as well as on the mobile app of the same name. We can tune in to CBS at the above mentioned time for the people with a cable subscription for the channel.

The cast of '#Survivor: Winners at War' is here to tell you who should be voted out first and why. pic.twitter.com/s6ZMXyBvLb

The show premiers on Roku, Fubo TV and on  Hulu with Live TV as well. The episode can be streamed at unofficial platforms as well, but in that case, it won’t benefit the creators of the series much. Therefore, we will not advise you to use pirated sites for watching the episodes.

What is Survivor: Winners at War about?

The show places a group of strangers in an isolated place where they compete with each other in various challenges for rewards and to escape elimination. During this time, each contestant is provided with food, fire, and shelter. After each round, the contestants are eliminated one by one, voted out by the other members. The one who survives till the end, becoming the ‘Sole Survivor’, gets a reward of two million US dollars. The current season is taking place in Mamanuca Islands, Fiji.