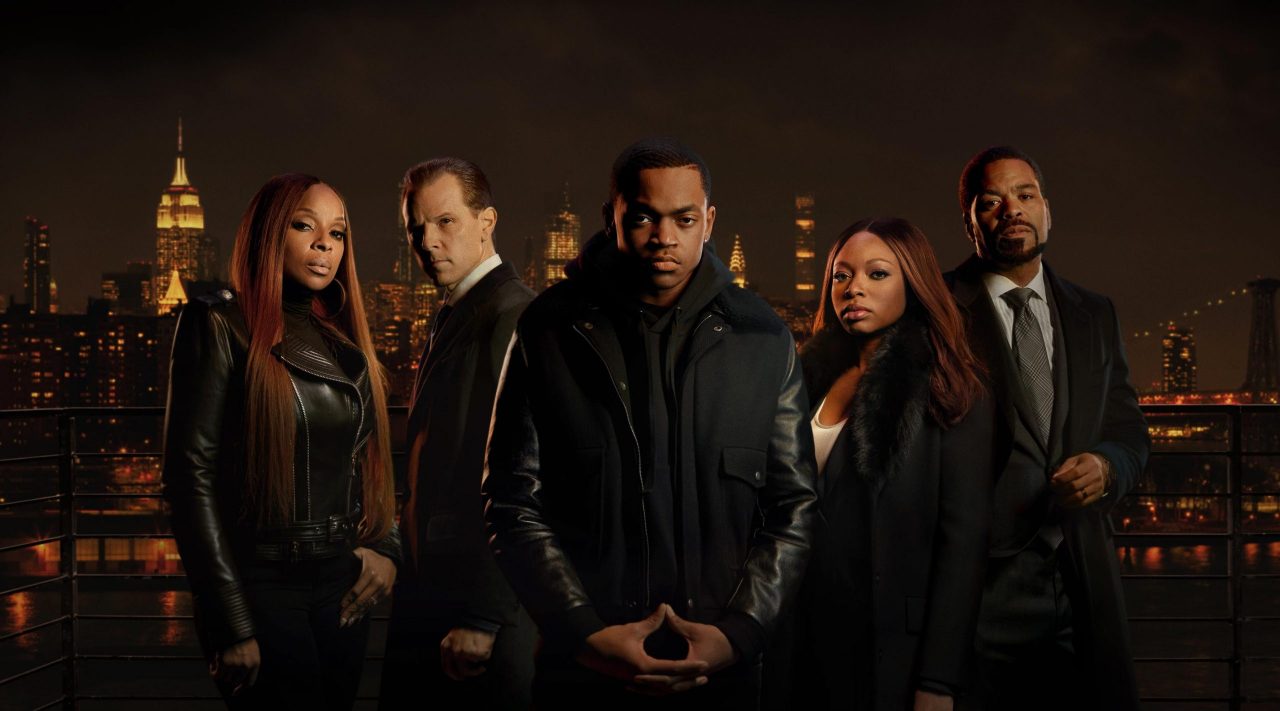 Even before the Power series ended in 2020, Starz announced that a spin-off series was in production back in July 2019. The season consists of ten episodes, and the season finale will air on 3rd January 2021. The episode is titled “Heart of Darkness” and will be directed by Sherri Saum. Even before the first season’s finale, fans have been eagerly awaiting the news on the second season of Power Book 2 Ghost. Here, we will discuss everything we know about Power Book 2 Ghost Season 2.

A Brief Introduction to Power: 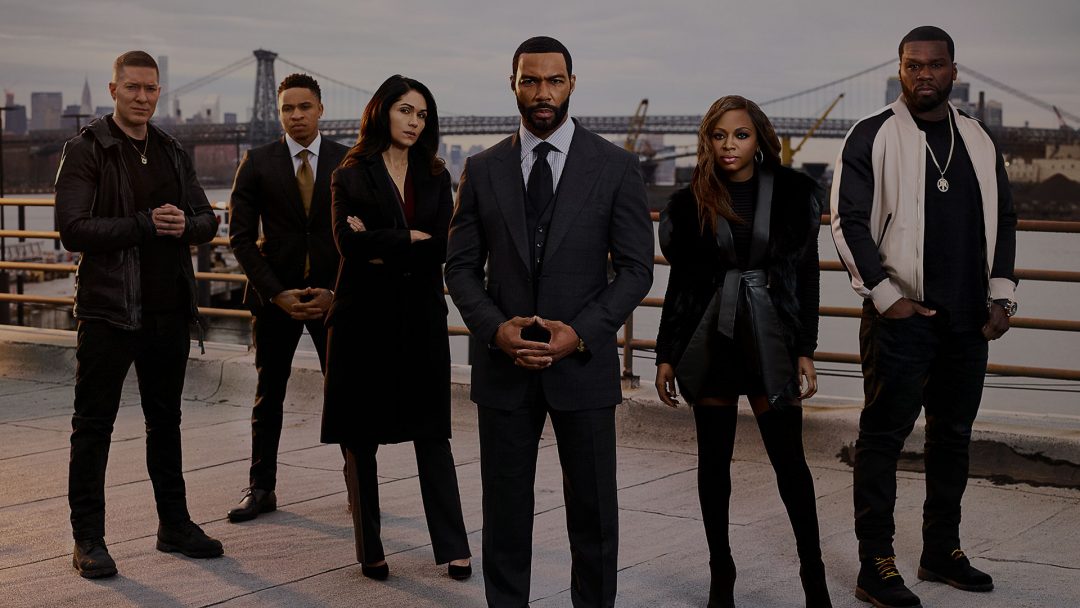 Power is an American Crime Drama series that aired 6 seasons from 7th June 2014 to 9th February 2020. It’s positive reviews led it to become one of the most highly rated and watchable shows on Starz. The series follows James St. Patrick, an intelligent and ruthless drug dealer under the nickname “Ghost.” James wishes to leave the criminal world to only focus on his career as a legitimate owner of a nightclub. He tries to balance two lives while avoiding the police, crumbling marriage and shifting economic alliances.

In the beginning, James has everything, a beautiful wife, a Manhattan penthouse, and a popular nightclub in New York. As his nightclub becomes popular, James’ desire to build his own empire grows as well. An ugly reality reveals in the show when we find out that his nightclub serves as a front for a criminal underworld where he is involved in a lucrative drug network that serves only the wealthy and powerful.

The series is loosely based on the life of rapper Curtis “50 Cent” Jackson. 50 Cent also created the series with Courtney A. Kemp. 50 Cent wrote the show according to his own experiences while growing up in South Jamacia, New York. He says that the show is an overall outline of what people are trying to accomplish. According to him, the series shows a person who has made it to the top, and he is struggling between creating a new direction and staying with that lifestyle he already has.

You can stream all seasons on the official websites of SonyLIV and Starz. 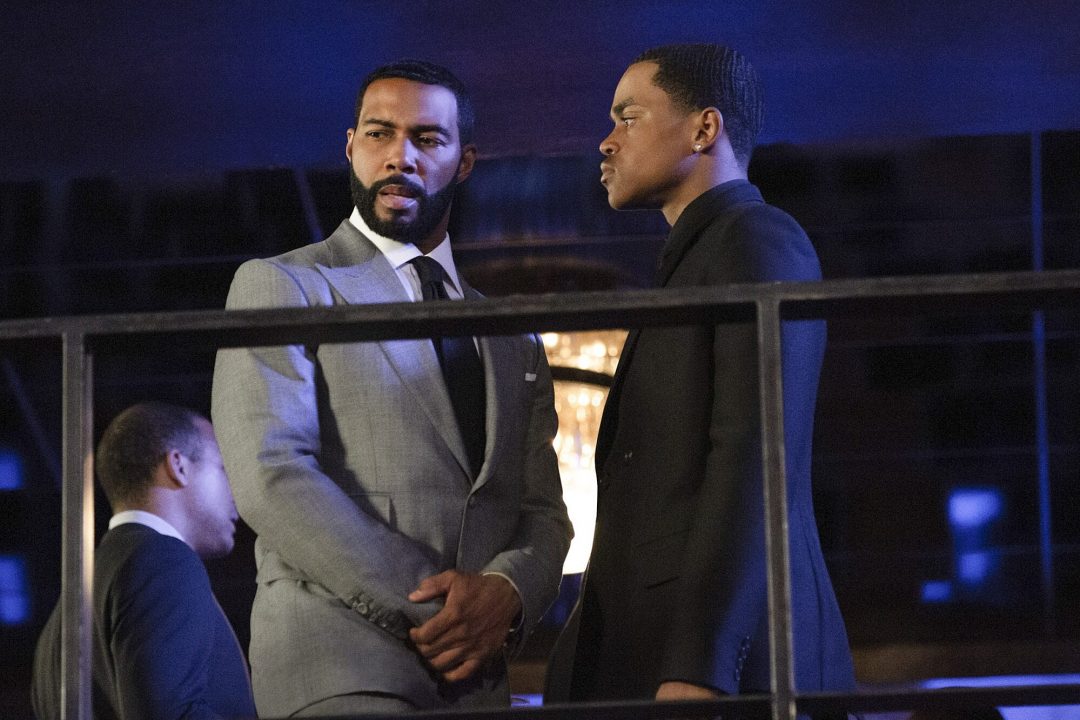 The series finale revealed that James’ son Tariq pulled the trigger and shot his father in the chest that caused his death by tumbling off a nightclub balcony. The finale left the audience in shock with the mind-boggling events that took place. With the murder of Dre, the revelation of Ghost’s killer, and Tasha going to prison, the series finale was definitely the most interesting episode of the series. Here’s a summary of what happened in the last episode of Power.

The opening reveals Tasha and her lover Quinton “Q” Wallace sharing a passionate time. After the night, she stumbles across Tariq when she was sneaking out of the room. She assures her son that she successfully managed to frame Ghost for Terry Silver’s murder and that she and Tariq can now live a worry-free life. However, in reality, things happened differently than the way she originally planned.

The next morning, they find that Ghost runs for lieutenant governor, so Tasha calls Cooper Saxe and demands answers from him. Meanwhile, Ghost plans to take Tariq, Ramona, and Yasmine away from Tasha because she’s a drug dealer. Ghost wants to start a new life together with his three children. Tariq hands his father over to Dre and then rushes to his school as the drugs he supplied to Mr. Radnor gets discovered.

Meanwhile, Tasha meets Cooper Saxe to get dirt on Ghost, but she has no motive to kill him. However, she decides otherwise when Tate reveals that Ghost is trying to turn in Tariq to create a path for his successful political career.

Back at the penthouse, Tasha reminisces about the good memories she had with her family. As soon as Ghost arrives there, she confronts him about his plan to hand in Tariq for Raymond Jones’ murder. Tariq soon realizes that his father lied to him about taking the blame for Raymond’s murder. Ghost tries to convince his son to confess and help Tariq after he gains some political power.

Tasha and Tariq realize that they have no other option but to kill Ghost. Tariq finds out that Dre is also trying to kill Ghost. Quinton drives her to get her divorce papers sign, and Tasha waits for Tariq’s message. Tariq decides to go alone to kill his father, but Tasha runs to stop him. Tasha was too late when Tariq already shot Ghost. However, Ghost is still controlling them even beyond his grave. He leaves everything for his children, but that’s only accessible once Tariq graduates. Also, Tasha gets nothing from him and leaves her mother with a year’s rent.

Tasha and Tariq stick to their plan of blaming Dre for Ghost’s death, but Dre dies in his prison cell. Ghost already arranged for hitmen to deal with Dre, and he died by being burned alive. Tasha then frames Quinton for Ghost’s murder. But Quinton already has an alibi, so Tasha ends up in jail instead. The series ended with Tariq at college and Tasha in prison, where Power Book 2 starts. 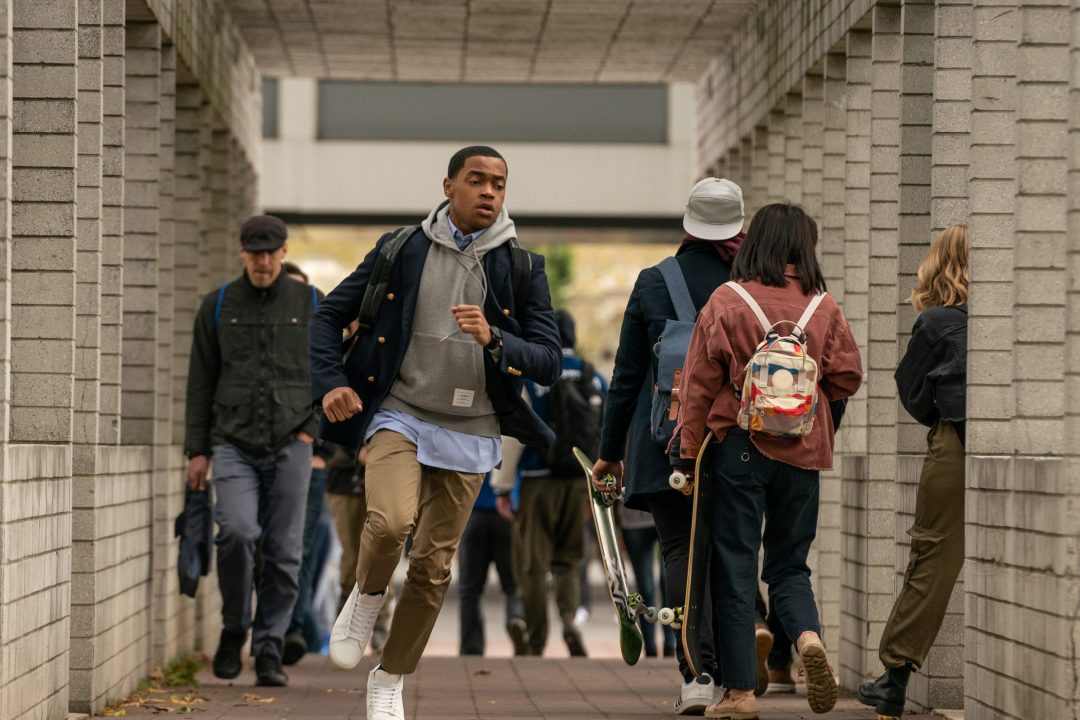 This spin-off series picks up the story a few days after the Power series concluded. The series serves as Power’s sequel in which Tariq St. Patrick desires to shed his father’s legacy against the huge pressure to save his family. His life gets more complicated as he tries to balance his drug operations with his education, family affairs, love life, and Cooper Saxe pressure.

Episode One: The Stranger – The first episode shows Tariq St. Patrick’s life as he adjusts to his new life at the prestigious Stansfield University. He is prone to either choose a normal college life or hustle products as his mother taught him. Meanwhile, Tasha continues to fight against the allegation of Ghost’s murder. After her defense lawyer, Tameika Robinson starts suspecting Tariq’s involvement in Ghost’s murder, Tasha fires her. Later, Tariq asks Davis MacLean to take Tasha’s case.

Episode Two: Exceeding Expectations – Tasha lies about killing Ghost because of domestic violence, but she had to confess about the drug business. Meanwhile, Tariq tries to understand more about his father and who he really was to the people. He tries to figure out how his memories with his father will define the man he wants to become.

Episode Three: Play the Game – During her trial, Tasha learns that Davis hired a phony judge and jury for a practice trial. The reason for this whole ordeal was for Tasha to prove that she should be put on the stand, and Tasha succeeds by giving a convincing and emotional testimony by placing the blame on Ghost. Tariq continues to struggle for his mother’s mounting legal defense while studying at college.

Episode Four: The Prince – Tariq initiates his plan to control his father’s drug market by collaborating with Monet. Monet has some plans against Tariq, but he doesn’t know that yet and trusts her.

Episode Five: The Gift of the Magi – Tasha misses her life before she went to prison. She wants to see Tariq on his 18th birthday, but he tells her that he is busy. Meanwhile, Cooper Saxe brings Tariq news that could be a huge change in Tasha’s case.

Episode Six: Good vs. Evil – Cooper and Davis strategize something that reminds us that they are working together for their mutual benefits. They plan to free Tasha from the case and get Tariq arrested instead. Meanwhile, Tariq’s collaboration with Monet continues with both sides distrusting each other.

Episode Seven: Sex Week – The episode starts with Cane and GTG goons robbing a church. On the other hand, Tariq isn’t a finalist for the Canonical Studies fellowship.

Episode Eight: Family First – Cane sends a GTG member to kill Tariq at the basketball game, but 2-Bit saves him. Also, Tariq feels left out when the parents of other students came to the school, but he didn’t have any of them there.

Episode Nine: Monster – Cane goes even more berserk when he cuts up the GTG guys he killed and sticks them in an oil drum. Meanwhile, Tariq has trouble settling upon the debts. 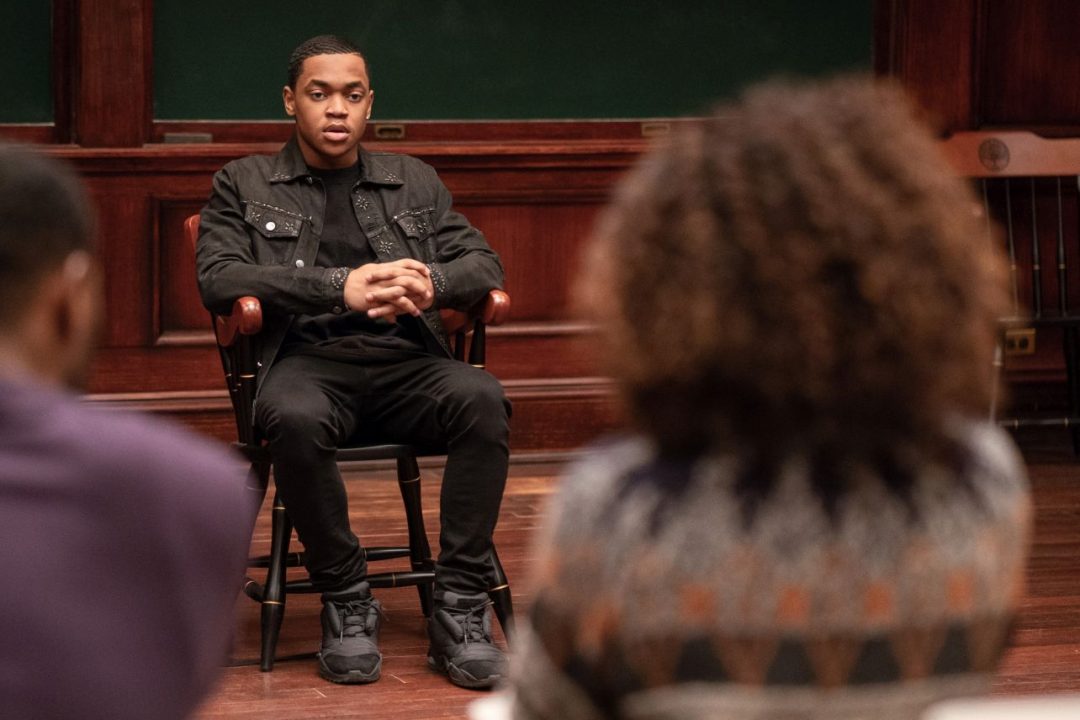 Tariq St. Patrick – Michael Rainey Jr.: He is Ghost’s son and a freshman at Stansfield University. Tariq struggles with his double life, which he leads so he can pay for Tasha’s lawyers.

Tasha St. Patrick – Naturi Naughton: Tasha is the wife of Ghost and Tariq’s mother. She currently serves her time in prison for Ghost’s murder.

Cooper Saxe – Shane Johnson: He is the main antagonist of the series and an FBI attorney.

Brayden Weston – Gianni Paolo: He is Tariq’s former roommate and is one of the series’s central characters. Brayden wants to develop a huge high school drug business.

Davis MacLean – Clifford Smith: He is Tasha’s defense attorney but has some other plans for her case. Davis is a popular and expensive attorney.

Monet Stewart Tejada- Mary J. Blige: She is the wife of Lorenzo, who in jail for murder, and she runs the dubious family business.

As mentioned earlier, the first season finale will air on 3rd January 2021, and that title for the episode is “Heart of Darkness.” Tasha starts having doubts that Davis doesn’t seem to have the best intentions for Tariq. Also, Cooper Saxe keeps getting desperate, and there’s no telling what he might do for his so-called justice.

Tariq will do whatever it takes to clear his mother’s name from the crime in the finale. However, he still has some troubles with Monet, which will lead to further complications in getting Tasha out of prison. Cooper Saxe continues to aim for getting a St. Patrick behind bars. Meanwhile, Tasha worries over Davis’ tactics that continue to put her family in the center of attention. Also, Monet is on a mission to get things back in their place after Rico attacks her family and organization.

It goes without saying that season 2 will leave us with a huge cliffhanger. Cane Tejada will continue to have his own plans for his family. As usual, Starz doesn’t leave us with many spoilers, so we will have to wait for the episode to see how they will conclude the season. Meanwhile, you can have a look at the official promo of the final episode of the first season of Power Book 2 Ghost.

What Will be Power Book 2 Ghost Season 2 About?

Since the first season is not concluded yet, predicting what will happen in season 2 could be tricky. But one thing we know is that the season will be anything but simple. We will reveal more spoilers as soon as the season finale airs. However, for now, the following will most likely happen in the second season.

The second season of Power Book 2 Ghost will continue to closely follow Tariq’s life throughout his teenage years as he studies at a prestigious university to gain access to his inheritance.

Tariq’s journey with the Tejada family will lead to more complications and dangerous situations.

The second season will also focus on Tariq’s sexuality.

This is all we know about the second season of Power Book 2 Ghost so far. Keep yourself updated with our website to get more spoilers of the series.