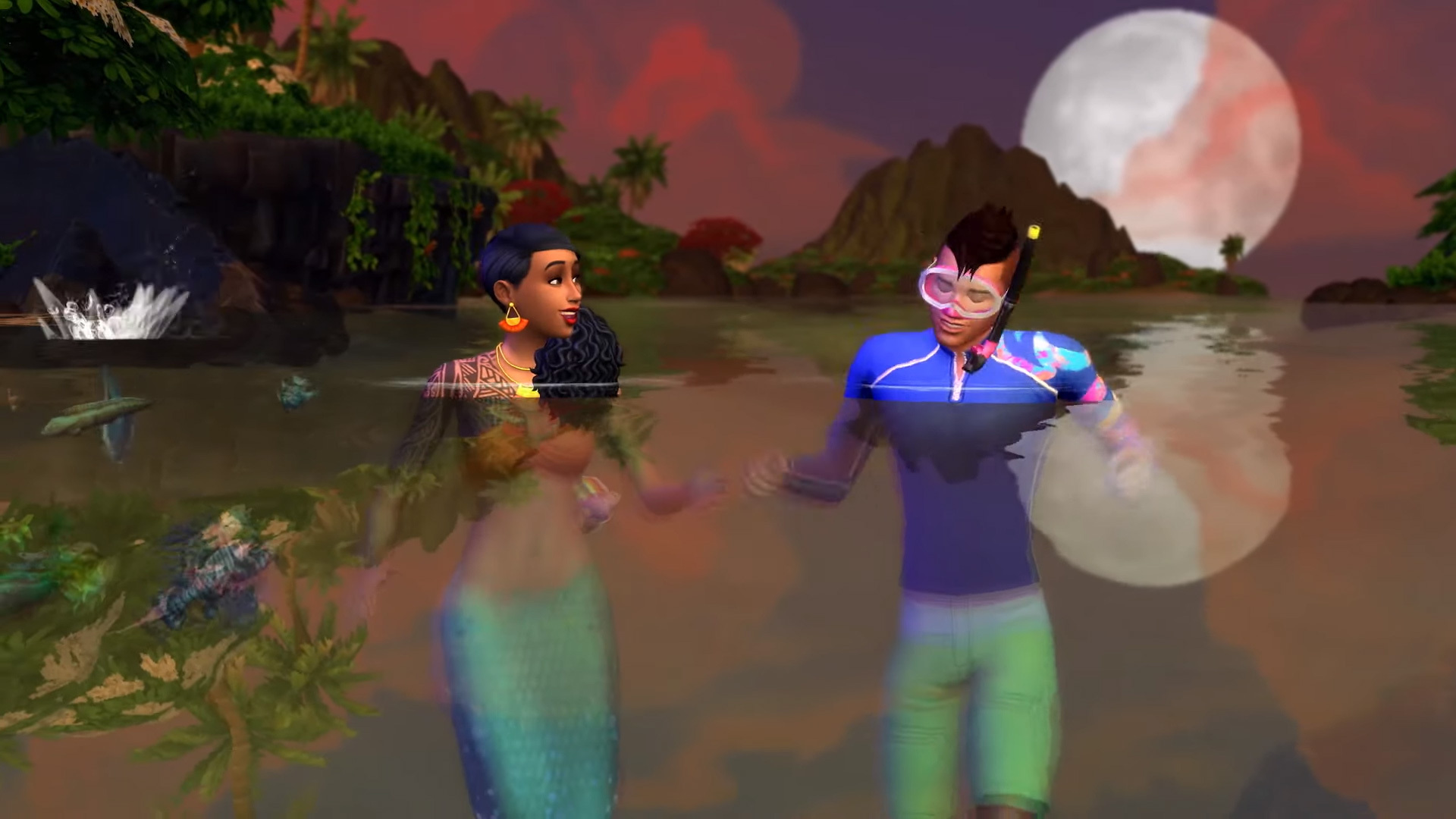 With nearly forty DLCs available at the time of writing, Electronic Arts’ The Sims 4 is full of neat little secrets and hidden gameplay mechanics that let you do more with your Sim! You may not have come across most of them, as some of these features are truly very well hidden. Here are some of them for both the base game and certain expansion packs.

Mm, grilled cheese. This classic is available to cooks of all levels, and there isn’t a Sim who’ll turn it down. But do you have what it takes to be a true master of this gooey wonder? Aspiring gourmands can unlock the hidden Grilled Cheese food Aspiration by eating three consecutive plates of grilled cheese sandwiches. Completing all the levels of this Aspiration requires you to, among other things, eat grilled cheese in space and talk to the Grim Reaper about them! Completing it lets you unlock the Melt Master trait, which lets you summon instant grilled cheese sandwiches and paint pictures of your favorite food. 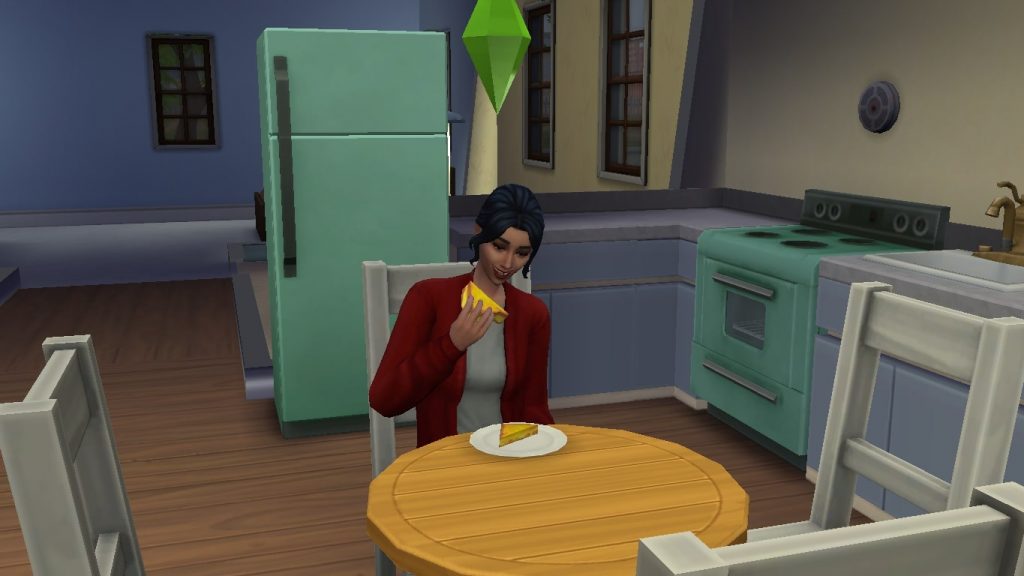 2. Get your snaggle fuster on.

The Snaggle Fuster is a secret, super-powerful drink in The Sims 4 that can only be prepared by your Sim. It’s unlocked in a rare opportunity that presents itself in only Level 9 of the Mixology career. This opportunity lets you buy a Mythical Drink Guide from a telephone caller–buy the guide, and it might give you this recipe! The chances of winning it are better if your Sim is confident. (A failure results in the call being a scam.) This drink costs only $50 to make, but it allows Sims to learn skills several times faster than normal, so it’s absolutely worth delaying a promotion for. You can make several of them, stack them in your inventory, and head out for major skill gains during the day.

3. How do you feel about fruitcakes?

Just like people in real life, Sims have strong opinions on fruitcake. Some Sims love it, while others can’t stand the stuff, and will gag and retch on trying a slice. The only way to find out is to try some! 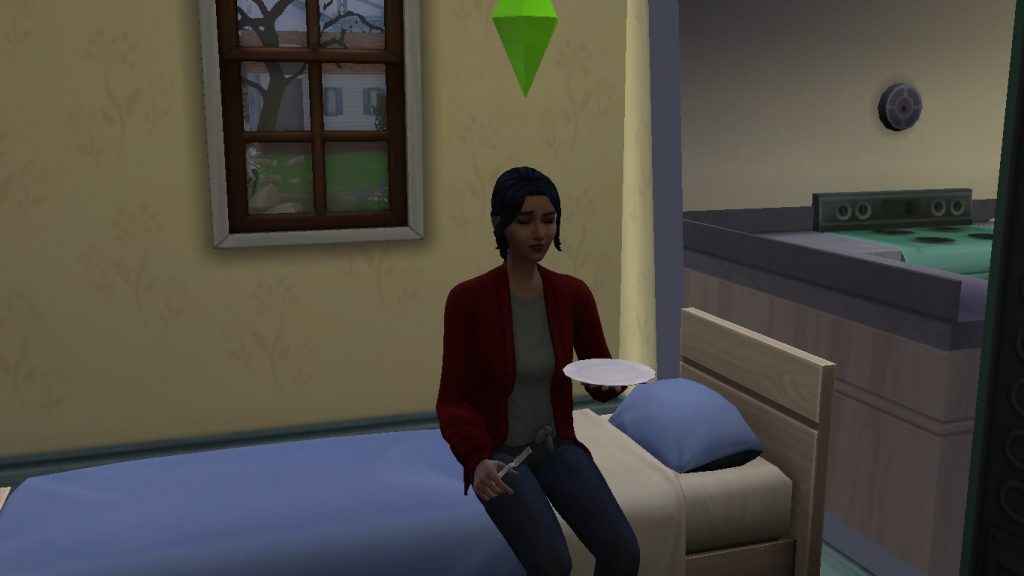 This Sim is clearly regretting her slice of fruitcake.

You usually get an opportunity to do so early in the game, as neighbors always greet a new Sim with a plate of fruitcake. If your Sim likes the stuff, they’ll get a Happy moodlet that lasts for four hours. Fruitcake is filling and doesn’t spoil, either, so it’s handy to have in your inventory while out and about. (To make Gourmet Fruitcake yourself, your Sim will need to have unlocked Gourmet Cooking at Homestyle Cooking Level 5.)

This is a secret gameplay mechanic in the base game that lets you influence the gender of an unborn Sim! If you’d like your pregnant Sim to have a baby girl, have them eat strawberries and listen to plenty of pop music. Conversely, if you’d like them to have a baby boy, have them eat carrots and listen to alternative music instead. It’s a mystifying but fun little mechanic to work with if you’re playing out a dynasty storyline with your Sims.

In both the base game neighborhoods, Willow Creek and Oasis Springs, players can find a hidden lot full of collectible spawners. Accessing the one in Willow Creek, called Sylvan Glade, is quite easy. To do this, head to this tree next to the stream. It’s the magical-looking, colorful one. 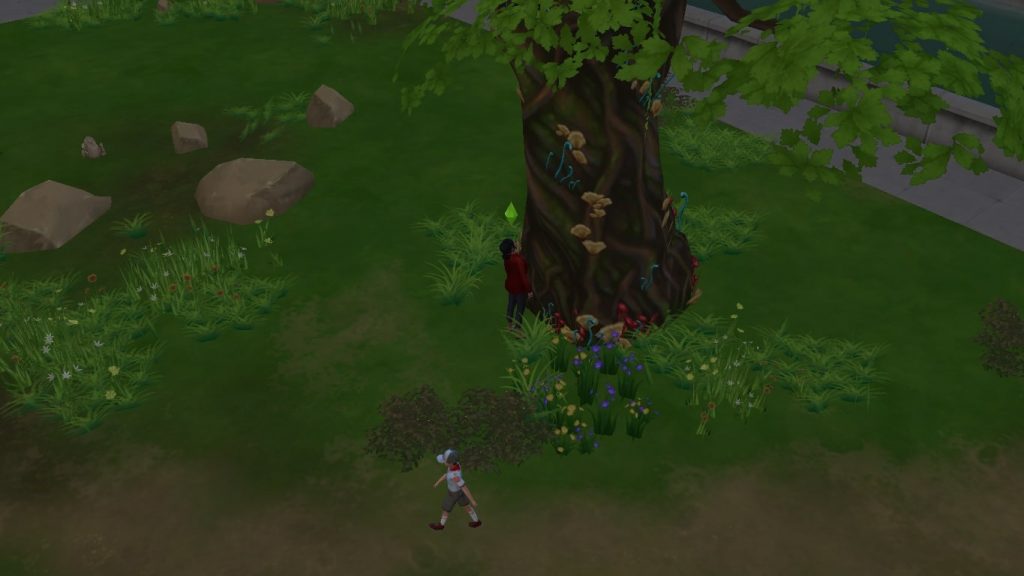 There’s something very different about this tree. Besides the size and all the strange growths, of course.

View it, then Talk to it. Eventually, it’ll let you Explore. This leads you to a mini text adventure-style game that you can try as many times as you like. Win the game to gain permanent access to this lot. You can find the secret lot in Oasis Springs, called Forgotten Grotto, behind a boarded-up mine entrance at the far end of Desert Bloom Park. You need Level 10 Handiness to enter the mine, however… Both secret lots have a higher chance of spawning rare collectibles and have fishing lots where rare fish can reliably be found.

In The Sims 4 expansion Get to Work, your Sim can be abducted by aliens. They will head outside to Investigate Weird Light, be beamed up by a flying saucer, and vanish for a few hours. Upon returning, they will have a moodlet about the experience, which can be positive or negative. In addition, male Sims have a one-in-four chance of becoming pregnant with an alien baby! (The mother, according to the baby’s genealogy chart, is Pollination Technician #3.) They give birth the same way female Sims do, though their moodlets display a lot more confusion, and the baby can be “returned” once born. Not keen on this happening in the first place? Sims in the Scientist Career can invent a Satellite Dish, which can prevent alien abductions for 24 hours. The Satellite Dish can also call aliens if you’re keen to see what happens. 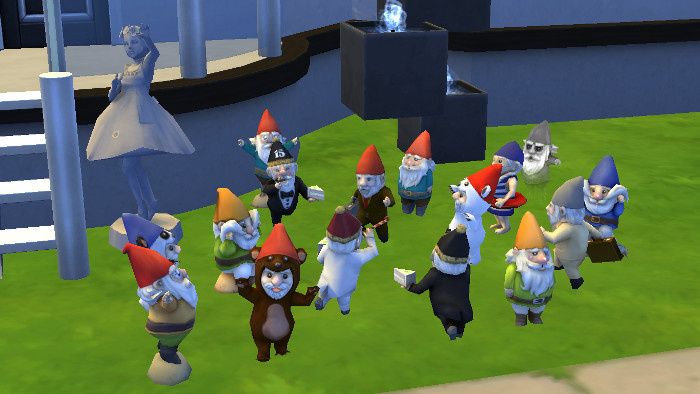 Around Harvestfest in The Sims 4 Seasons, small gnome statues begin to appear around your Sim’s lot. Be careful not to kick them or give them the wrong gift, as they will start to break things around your lot! Begging for forgiveness might calm them down, but it also might make them zap your Sim with an electric bolt. Appeasing them with things they like, however, such as pie and coffee (it differs by the type of gnome, but these two are a good bet) will result in them dropping packets of Seasonal Seeds. This can be invaluable for aspiring Gardeners. It also just helps to have the gnomes on your side. Just in case.

8. Bind others with tulip scents.

This is a sinister little gameplay effect present in the otherwise quite wholesome Flower Arranging skill in the Seasons expansion. Your Sim has the option to scent their bouquets with various flowers, which give Sims who smell them moodlets and effects of various types, such as making them sleepy, aging them up, or providing inspiration. The Tulip scent, however, is unique in prompting loyalty among giftees. Smelling gives one a happy moodlet. But if your Sim presents another Sim with a Faithful Vase, they will be unable to perform romantic socials with any other Sim for three days.

9. Gain the power to become a mermaid.

The Sims 4 expansion Island Living introduced the island paradise of Sulani, which features sandy beaches and volcanic hills. (And mermaids, too, if you know where to look.) On the island of Mua Pel’am, close to the waterfall, you’ll be able to find a small cave you can send a Sim in to explore. 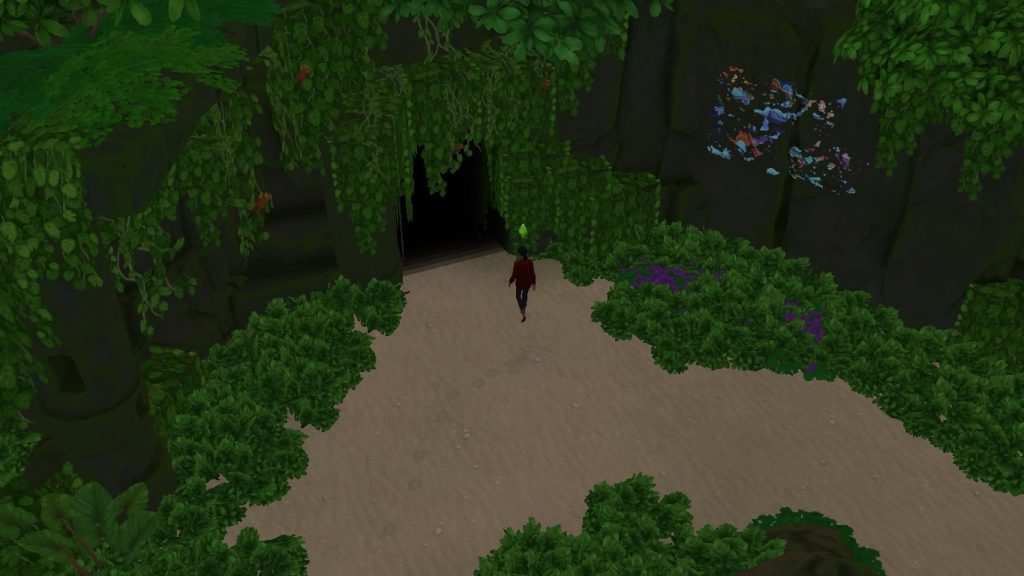 The mural marks the spot. Mysteries await inside…

They have a chance of finding all sorts of things: buried treasure with emotional auras, strange glowing lights, and mysterious Mermaid Kelp. Have your Sim eat this ingredient to turn them into a merperson. They will now walk around on land and swim using their tail in the sea! Mermaids have unique abilities to enchant ordinary Sims and communicate with dolphins. They have a dolphin friend they can summon, play with, and feed. It isn’t all benefits, however: remaining well-hydrated (by drinking water, bathing, or swimming) is essential for them to stay alive, and using mermaid powers dries them out.

10. Unlock secret recipes for the fabricator.

The Eco Lifestyle expansion pack brought in the fabricator, which uses recycled Bits and Pieces to make useful and attractive articles for the home, such as beds, rugs, upgrade parts, and more. Using the Fabrication skill, your Sim can make all sorts of things, with more recipes being unlocked as they level up. They can unlock additional, unlisted recipes by Enthusing About Fabrication to NPC Sims, though this action can only be repeated every 1.5 hours. These NPCs may give you plans for furniture, fittings, and even food. Another way of acquiring secret recipes is through the Civil Designer Career: Green Technicians acquire a few unlisted recipes too. Leveling up in some skills unlocks recipes as well. Happy Simming!