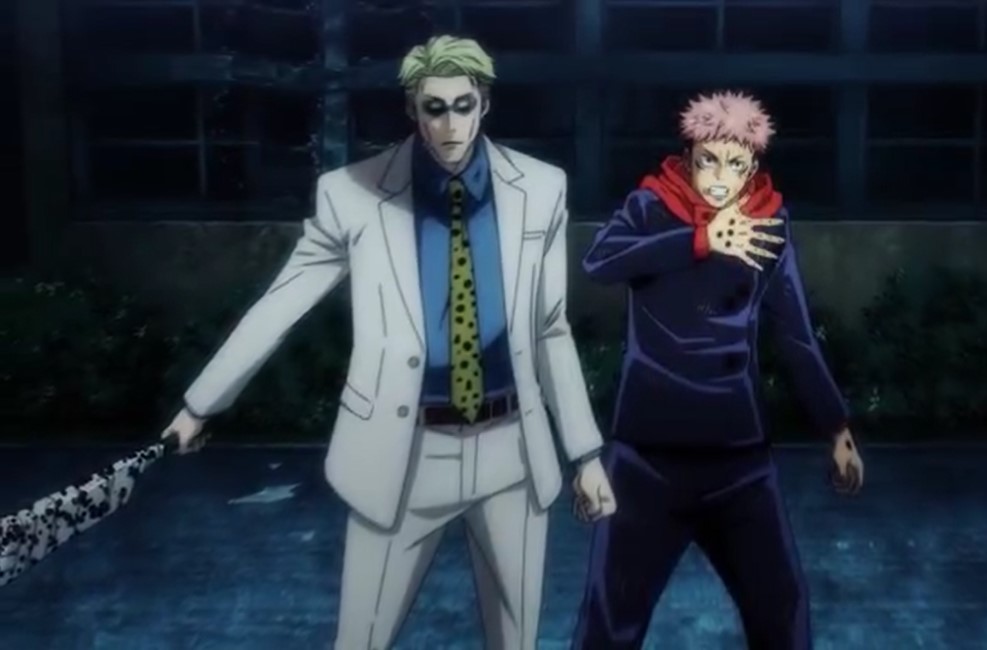 Yuji manages to brutally defeat Mahito, who can’t believe that Yuji and Sakuna have become friends. After being defeated, Kento shows up again, and Mahito regenerate. Yuji told Kento that he only failed to save two students, but others are unconscious inside the gym. Yuji and Kento decide to battle Mahito in a 2v1 battle, and Kento asks why Mahito’s nouse is bleeding. Yuji replies that he punched him, and he asks when Yuji said at the start of their fight.

Kento reveals that his attacks won’t’ work on Mahito. Yuji asks why and Kento replies that he will explain later after lecturing him. Kento started wondering why Mahito doesn’t want to kill Yuji. Kento tells Yuji that he can read Mahito’s movement. He then orders Yuji that once they created an opening, they will shower Mahito with blows. He reveals that they will make sure to exorcise him here, and Mahito started attacking.

Jujutsu Kaisen Episode 14 will be released on Saturday, 16 January 2021, at 1:25 AM JST. Note that this Anime will release its new episode every Saturday. It will be on Friday for some countries to advise you to change your local time. Watch this Anime officially on Crunchyroll and Netflix. Watch out for the spoilers of the next episode. Let’s take a look at the updates below. 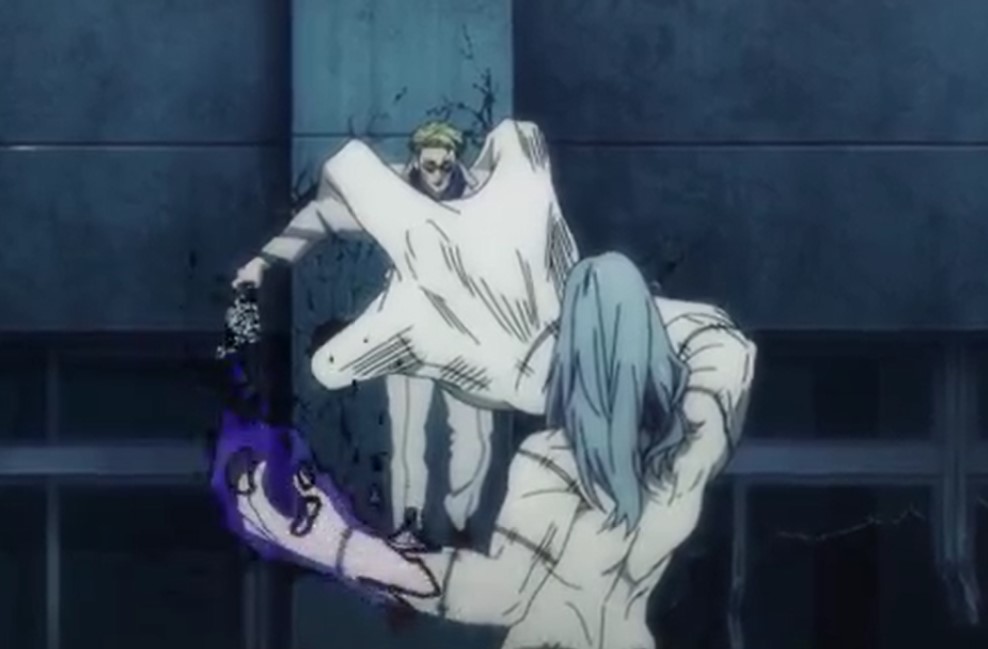 Mahito unleashes one eye on his palm hand to watch Yuji when he attacks Kento. The trio started to exchange powerful magical attacks, and he sends spikes to Kento, who cuts it using his dagger. During the battle, Yuji and Kento notice that once Mahito changes the shape, the stores cursed energy. Mahito made himself smaller and realized that Yuji could kill him in a single blow. He then shook his head and turned back to his normal body.

Kento witness Mahito spitting out transfigured humans. He then realizes that Mahito still had a stockpile of transfigured humans. He orders them to kill the short-haired brat while he fights with Kento. The small demons started to attack Yuji, and Kento blocks their path, followed by Mahito attacks. Mahito manages to separate Kento and Yuji while Kento uses his tie to block Kento’s attacks.

Mahito is glad that Yuji won’t be able to kill humans since he cared for them. The transfigured humans started chasing Yuji to the top building, and Yuji can’t fight back. They ask him to kill them since they are in pain while Mahito manages to pin Kento with the wall. He unleashes a final blast that he thinks will kill Kento, and if not, he will make Yuji kill Kento. Yuji notices that and flies from the top building, attacking Mahito to get Kento out of the trap.

Mahito asks Yuji if he had killed the transfigured humans, and he notices the those two now know his trick. Yuji and Kento corner Mahito and he decide that he has to change shape before they attack. But he fails to do it in time, and the duo’s plan works perfectly. They started to shower him with blows, a combination of uppercuts, flying knees, left-right hook, and some dropkicks. Mahito realizes that he doesn’t have time to create a substitute.

He started asking himself while receiving showers of blows that if this is death. He was about to be unconscious, and he opens his mouth and unleashes Domain Expansion. That saved him from death and god covered by black cursed hands.  Yuji manages to get out, but Kento is left inside with Mahito. Yuji is punching the black cursed cannonball, wondering why he seals only Kento inside.

Inside, Kento realizes that Mahito uses cursed energy to create an innate domain. He also knows that Mahito uses techniques that he never obtained, and it requires touching the targets. When he touches a target with his palm in its base state to interfere with their soul, Kento realizes that he literally in the palm of Mahito’s hands now. He decides that he has to get ready to prepare himself to cast away his life for others.

Kento had a flashback about his past and how he become a jujutsu sorcerer. Meanwhile, Yuji manages to break the barrier and gets inside where the two are. Mahito met with Sakuna again, telling him that there is no second time since he has warned him. Yuji and Kento witness Sakuna punishing Mahito to death. Sakuna said it doesn’t’ matter if Mahito dies while sitting on his bone chair holding his head with his palm hand.

The barrier got destroyed, and the trio went back to their normal fighting ground. Mahito’s body started to pour a river of blood, and he decided to use it as a chance to unleash his final trump card. He grew into a huge monster and started fighting with Yuji.