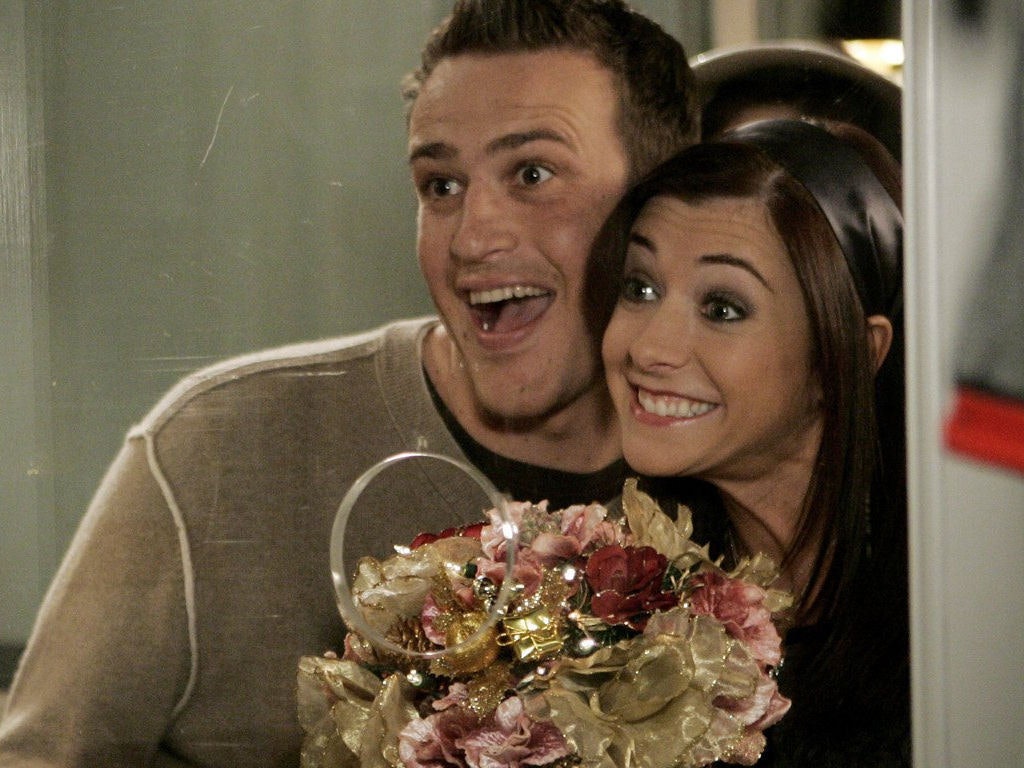 How I Met Your Mother is one of the most famous shows of our times, and there is no denying that. Whether it is an argument about whether HIMYM is better than friends or if it is just a compatibility test to find out if you’ve met your Ted Mosby yet, the show always remains in the limelight one way or another. This is because it is genuinely hilarious and has some great characterisation attached to it.

Though the show’s main focus is to find who Ted’s partner AKA the mother is – we have also come to love all the other characters along the line. Be it Barney Stinson or even Ranjit, all of them have something special to offer. We cannot talk about the show without mentioning two characters who have elevated the plotline. Yes, we’re talking about Lily and Marshall. Apart from being great characters, they are also one of television’s most famous fictional couple. Why? Because theirs is an actually functional relationship! And with that, we come to the point of this article. This is a fan post on how much we love them as a couple. Here are 8 things about Lily and Marshall that remind us that they’re the original OTP!

They are great friends. 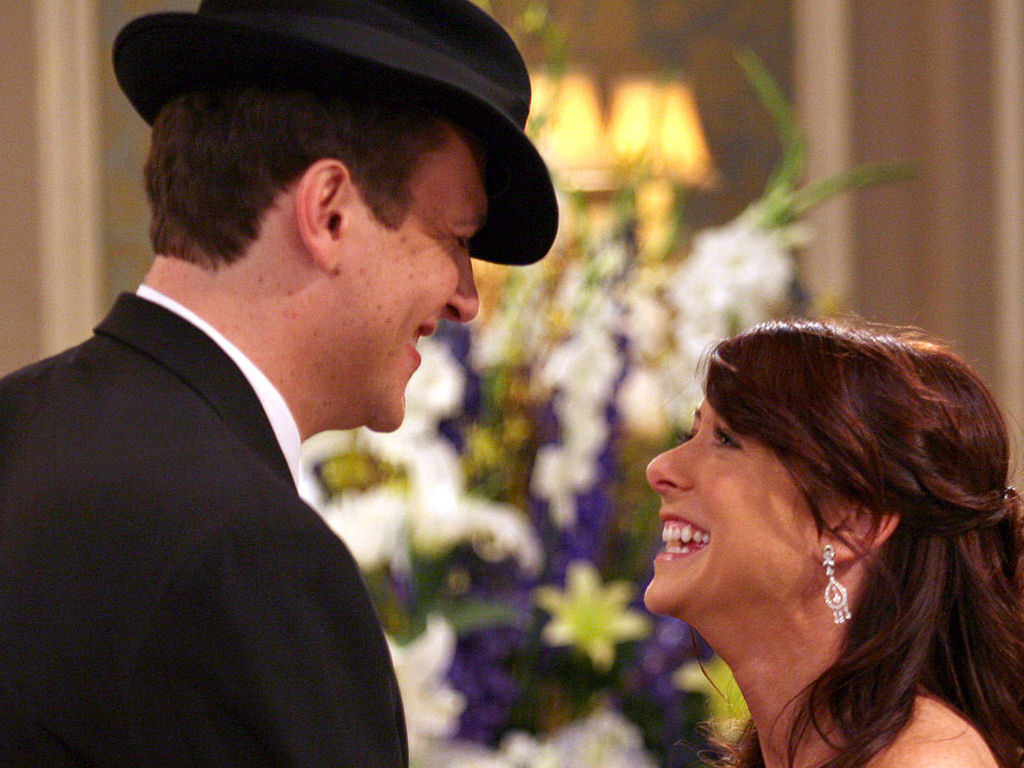 Apart from being the cutest couple known to humanity, theirs is also one of the best friendships on the show. Because that is how they started – as friends. While most characters in the show do retain friendships before and after a relationship, theirs is the most consistent. When Lily, Marshall, and Ted are together, we see them complement each other. This is only possible if a strong friendship exists individually between all three of them.

They know everything about each other. 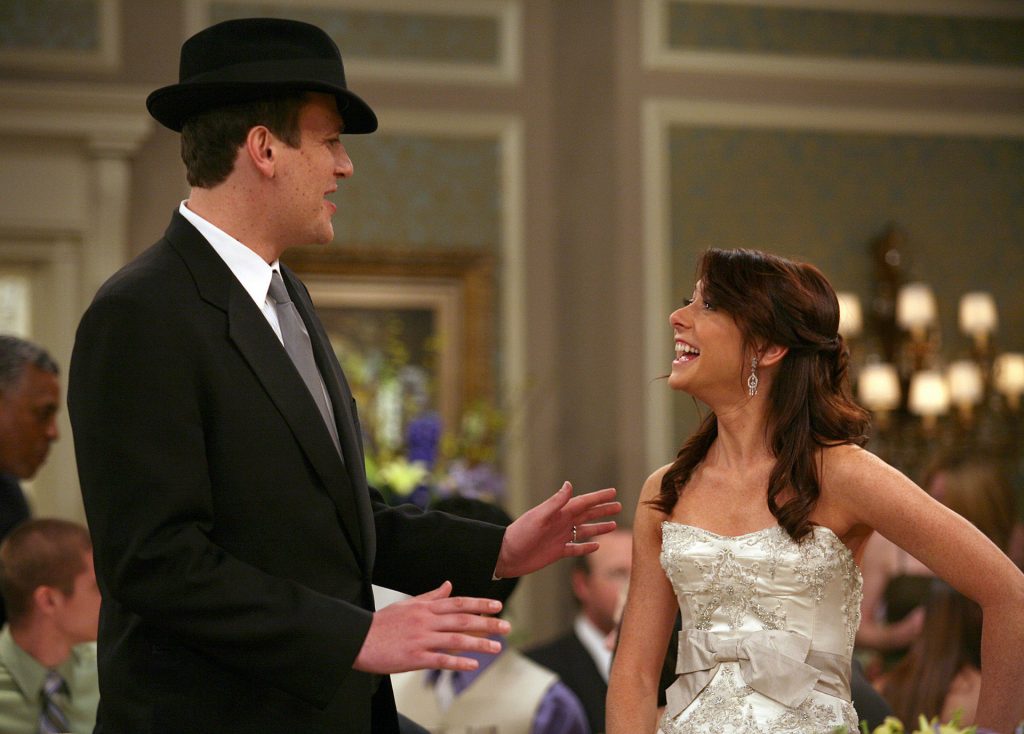 Marshall and Lily at their wedding

One of the best things about the couple is that they tell each other everything. This has been emphasized by the makers time and again, and we cannot get over it. Remember the scene where Marshall tells Lily about his plans on having orange juice for breakfast, and she listens? If that isn’t the cutest thing you’ve ever witnessed in the history of cinema, you are definitely lying.

They know everything about each other to a horrifying extent. If you think about a couple of goals, you read your mind because we think the same thing too!

They are extremely goofy around each other. 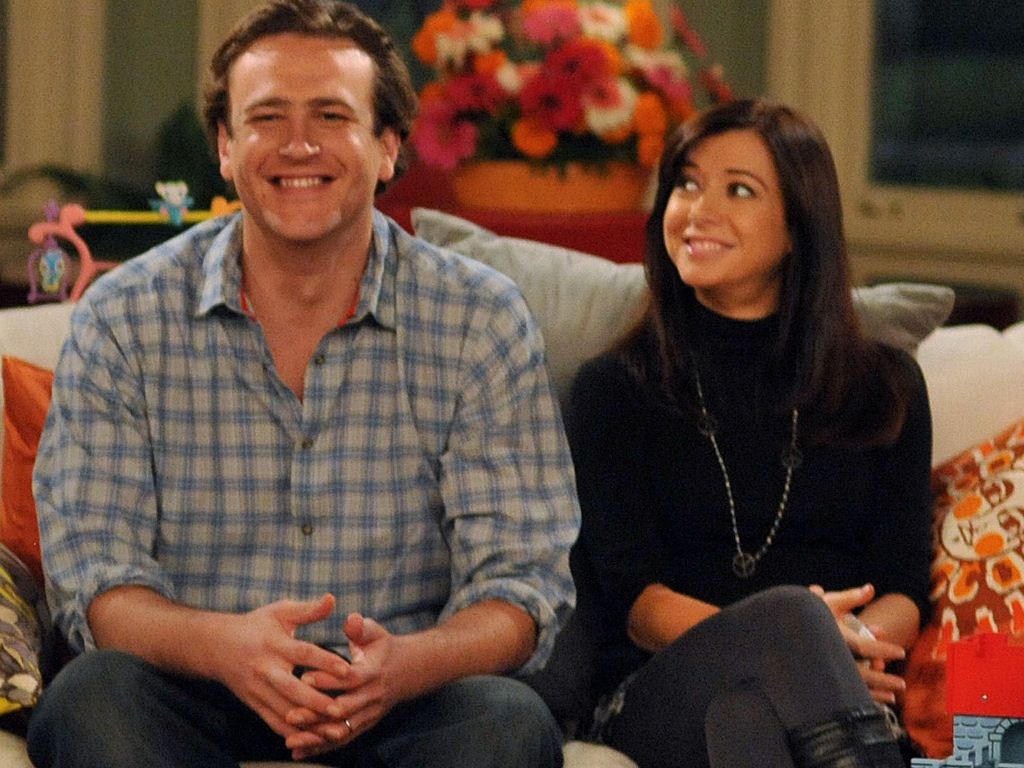 Lily and Marshall share some of the goofiest moments with each other.

The Halloween episode where they dress up as a pirate and his parrot is proof enough of how goofy they are with each other. They are extremely weird in the best of ways. And they are not afraid to be themselves with each other. The best part? They lovingly elevate each other’s quirks. One look at them, and you already know that there is no judgment here. They can do and say whatever they want around each other, and they know that they are only better for it. It is important to acknowledge how the makers have brought about this plot point to us. This is one trait we will always adore them for.

They care about their friends. 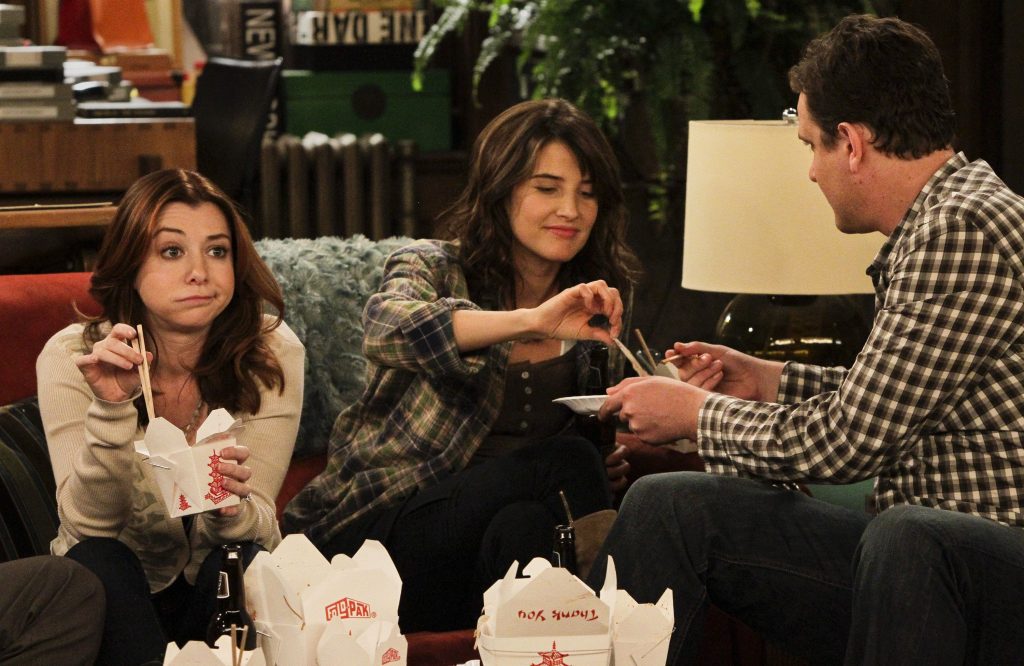 They indeed value each other and their relationship, but this does not mean that they’re oblivious to the people around them. They care about their friends – individually and as a couple. And it shows. Be it Lily’s love for Robin or Ted’s love for Marshall, or even their relationship with Barney – we can see that they value all of them just as much as they value each other. This is not a relationship that becomes toxic to their friend group. On the contrary, they are the group’s unofficial parents, and all of their friends go to them for advice. Who else would give you good relationship advice than this couple? That’s right, absolutely nobody.

They always find each other in the end. 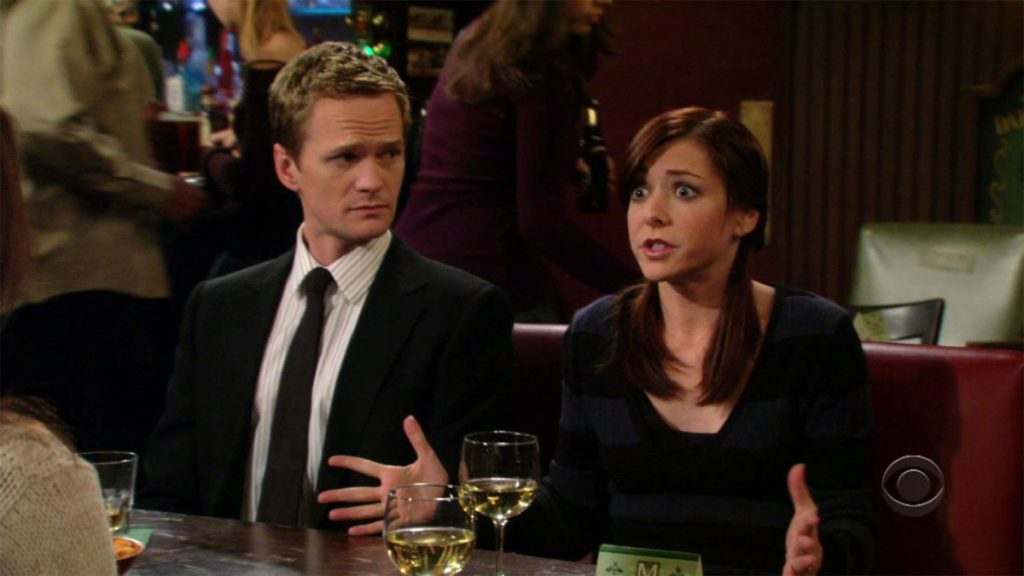 The makers broke all of our collective hearts with Lily and Marshall’s breakup during the show’s peak period. None of us would have anticipated that such a day would come, but it did. That being said, true HIMYM fans knew that this wasn’t the end of their relationship. We knew that they would get back to each other, and they did. What’s more, they also went on to get married and have children, just like how they – and all of us – had planned. If this development does not scream soulmate to you, then we lovingly urge you to get your ears checked!

They are secure in their relationship. 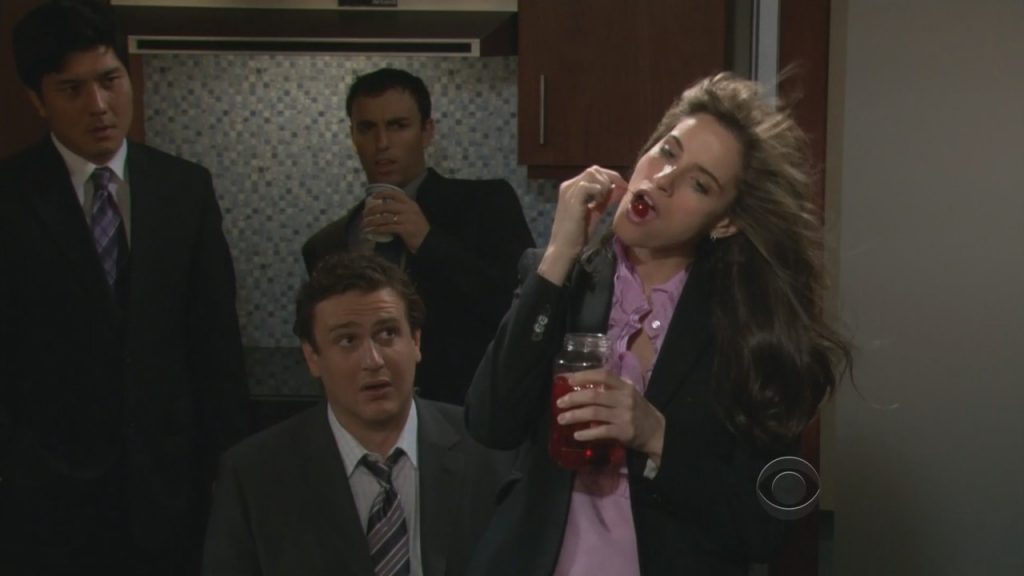 Jenkins – How I Met Your Mother

Another important takeaway from their relationship is how secure they are in it. They trust each other and know that they will not cheat. The episode where Marshall hides his female coworker’s identity not to make Lily jealous is proof of this statement. They know each other well enough and have known each other long enough to trust them completely. Theirs is probably the only relationship in the show that did not have the threat of infidelity hanging over it like a dark cloud. This alone makes them one of the most loved fictional couples on TV. They are cute and loyal. We can only wish to see another couple as iconic as them! 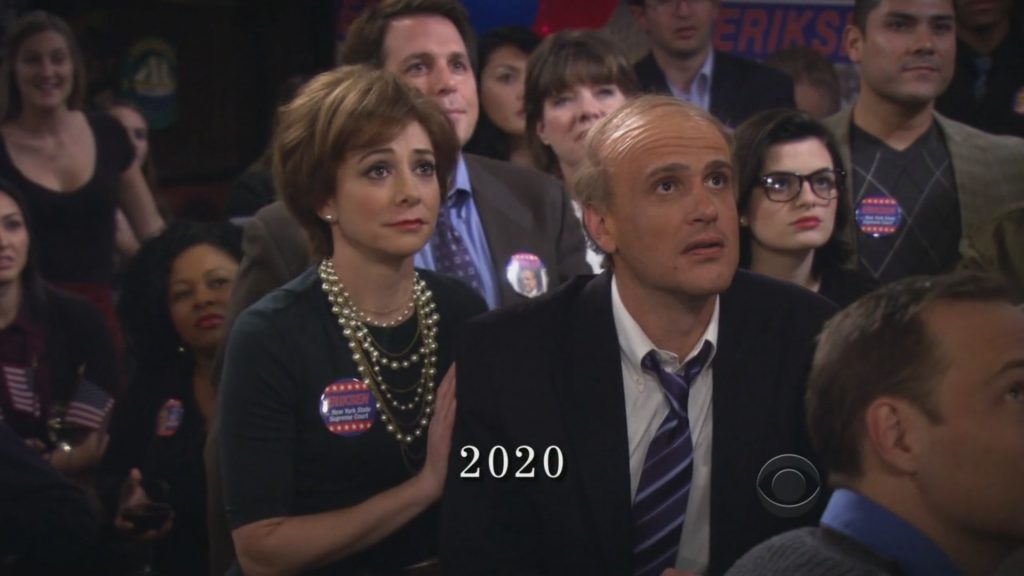 Who could name their significant other Lilypad and Marshmallow and get away with it? This couple, of course! This is one of the cutest elements in their relationship, and we will not hear otherwise. Apart from this, they also have many other cute nicknames for each other. What’s more? They also seem to speak in code only they can understand! Now, who would not want to have a special code language with their partner? We would jump at the first opportunity, and we know you would do. It looks as if the makers just wanted to take every ounce of the cute left in the world and pour it all on Lilypad and Marshmallow. And if you think we’re complaining, we’re not!

They focus on themselves as individuals too. 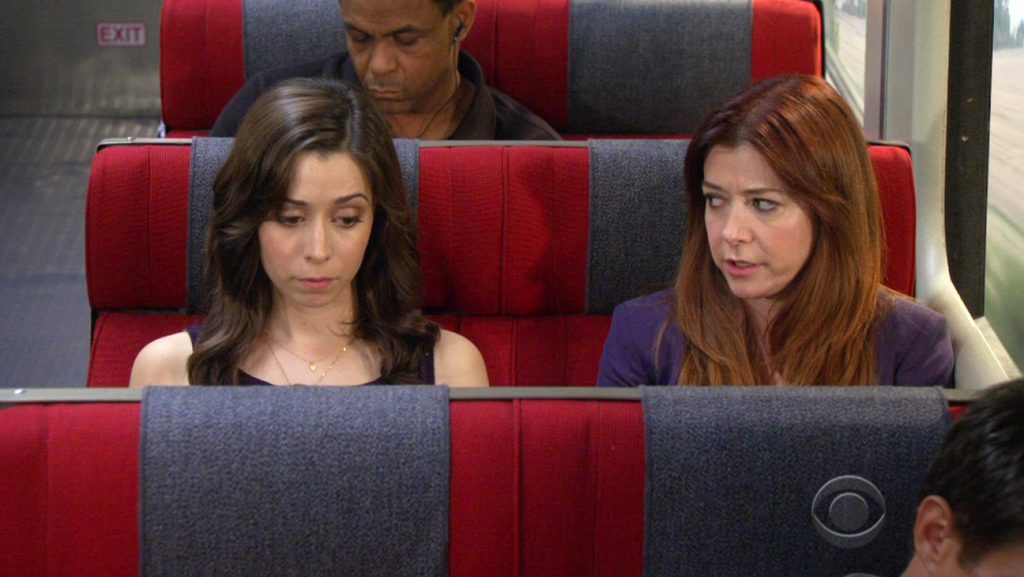 Tracy and Lily – How I Met Your Mother

It would seem like they are so into the relationship that they’ve lost each other. If you are new to the fandom, you will get the impression that you don’t really know where they end and their relationship begins. But again, if you are an original fan, you will know that this is far from true. Apart from being the best couple on the planet, they are great individuals to. Not considering how Lily left the relationship to pursue her art or how Marshal took up a position without telling her, there are dynamics to their relationship that establish their individuality. They love each other, but they love themselves too. If we are to take anything home from this relationship, it should be this quality.

The Bottomline: are they the ideal couple?

Several people think that they are not. Some think that their relationship is overrated or that one is better off without the other. While there might be some truth to this, we have to look at the bigger picture. This is the only relationship in the show that has seen the test of time. It also proves that real relationships come with real issues. They are not perfect individuals but even a perfect couple by any means but isn’t that how real life works?

The purpose of art and entertainment is to be a mirror to society. It is to show how life works and maybe make us laugh along the way. With this relationship, we can say that the makers have achieved this goal. This couple has been one that many of us looked up to. While we started with the show to find out who the mother is, this relationship became one that made us happier than any other. If a fictional couple can do this to the audience, then we would say that their relationship is a success. So are Lily and Marshall the ideal couple, by our standards? Yes, we think so!

Read More: 10 Shows Like ‘How I Met Your Mother’: OtakuKart Recommends