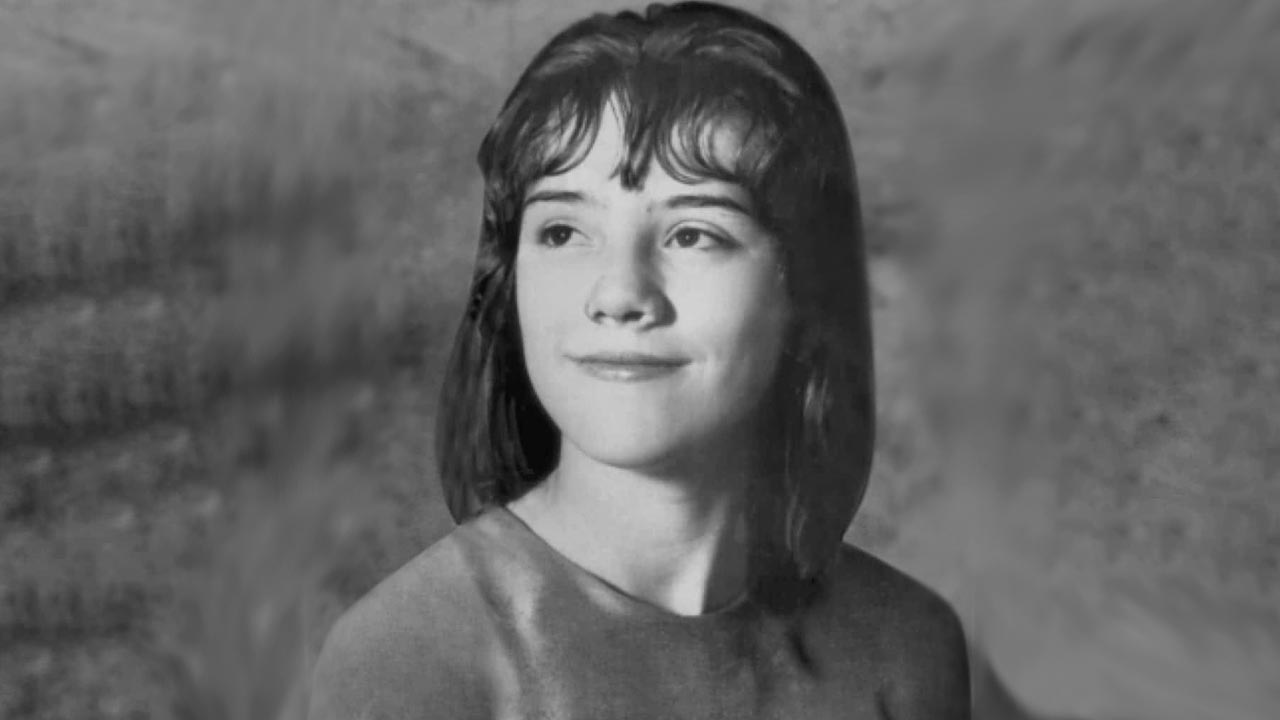 The third child of Lester Cecil Likens and Elizabeth “Betty” Frances, Sylvia Marie Likens was born on the 3rd of January 1949. She had four siblings, Dianne and Daniel, fraternal twins who were two years older, and another set of twins, namely Jenny and Benny, who were a year younger. The couple sold beer, candy, and soda at traveling carnivals all around Indiana.

In the light of their poverty, the children had to bear the brunt of their work which strained their relationship. Soon, the sons were traveling along with them to aid them in their trade, but the adults did not deem it wise to bring Sylvia and Jenny along. Rather they were encouraged to stay with relatives or their grandmother to continue their studies safely. But Sylvia would not have her conditions weigh her down.

Nicknamed “Cookie” by her friends, she was a tough one, earning her pocket money by running errands, ironing clothes, and babysitting, part of which was reserved for her mother. She was protective of Jenny, who was born with polio which resulted in a weaker leg, urging her to use a steel brace. Sylvia would help her skate, and both would enjoy rock music often. On the 3rd of July 1965, Elizabeth was convicted of shoplifting by the Indianapolis Police.

In the event of the sudden loss of a mother figure in their lives, the girls got acquainted with Gertrude Baniszewski after befriending her daughters, a 17-year-old Paula and a 15-year-old Stephanie, at Arsenal Technical High School. To earn money to fend for his children, Lester left the girl under the care of Gertrude on the agreement that he would send $20 per week for her troubles until their return in November.

Soon, the young girls moved into the Baniszewski family on 3850 East New York Street while their parents journeyed to the East Coast. The first few weeks passed by with the Likens girls helping around the house, singing pop music with the other children, and attending Sunday School, but eventually, things started changing for the worse.

Also Read: The Arne Johnson Case: The Devil Made Me Do It

When the Likens’ parents failed to send the money on time, Gertrude’s behavior towards the sisters turned demonic. At first, the ill-treatment began with her inhuman punishments of thrashing the girls’ bare buttocks with a paddle on every instance she could find. From mid-August, the beating needed no other excuse, but for the blatant jealousy, the withering old woman had for Sylvia’s youthful appearance.

During the trial, Gertrude confessed to abusing the sisters by starving them and thrashing them, coercing the girls to choose between eating the Baniszewskis’ leftovers or from the garbage cans. Paula had gotten into the habit of making ridiculous acclamations to get Sylvia beaten. Things got even worse with Sylvia’s mention of having a boyfriend whom she met during 1965’s spring in Long Island. Gertrude’s questions about Sylvia turned promiscuous, telling her that she got pregnant by the boy. Neighborhood teenagers were being invited to take part in her torture. The Baniszewski house where horrors unfolded

Randy Gordon Lepper, a teenager, allegedly caused her to vomit by force-feeding her an overloaded hotdog, after which she was demanded to eat her vomit by Gertrude. Out of the budding hatred for the Baniszewskis, Sylvia spread a rumor about them being prostitutes, just as they had previously done about her. Stephanie, who got to know, punched the girls in the face, but the three reconciled, but her 15-year-old boyfriend, Coy Randolph Hubbard, was not having it. He banged Sylvia’s head on the wall and physically assaulted her. Gertrude, who learned about it, thrashed the girls again.

Paula’s violence grew with her jealousy of her kindness and social reputation, hitting her in the face several times. The neighborhood teenage males’ visits to torment her grew frequent. Using her body as a judo dummy for practice, as an ashtray by lighting her skin with cigarettes over 100 times and lacerating her and her private areas for fun. For their entertainment, she was forced by Gertrude to fornicate with a glass soda bottle in the living room.

When the Likens stole a gym suit out of desperation, the act was met by Gertrude with them forbidden from going to school and whipping them with a police belt and kicking Sylvia, which Stephanie, supposedly, often tried to stop but could not. Jenny was treated no differently but was forced to participate in her beloved sister’s torture.

During the Liken parents’ visits to their daughters, the girls could not make mention of their mistreatment because of being in Gertrude’s presence. October 5th was the last they saw Sylvia alive. In September, the girls tried to confide in their elder sister, Dianna Shoemaker, about the abuse, but she brushed it off as an exaggeration. The Liken girls were subjected to scalding baths to “cleanse their sins” after Marie Baniszewski mentioned Sylvia eating a sandwich. She was choked by Paula and bludgeoned.

The Father of Michael John Monroe, a neighbor, informed Arsenal Technical High School about a girl with the sored body being held in Gertrude’s house, but when a nurse was sent, she was rebuffed by saying that Sylvia had escaped and had no personal hygiene. Similarly, neighbors Phyllis and Raymond Vermillion also saw Paula abusing her on several occasions but made no mention of it. At last, on the 1st of October, Dianne discovered the Baniszewski residence, but the old lady refused to let her in, Jenny too, spoke nothing out of fear.

In the days before her death, Sylvia was subject to terrible humiliation, branding, mutilating, burning, and rubbing salt into her wounds. When the torture led to her wetting her bed, she was tied away naked in the basement. A plan was made. Gertrude and John Baniszewski Jr. forced her to write a note that claimed she was promiscuous with the neighborhood boys and then abused by them. She was to be left blindfolded in Jimmy’s forest to die.

By the 26th of October, Sylvia was emaciated and lost all cognition. She could no longer remember or recognize things or people. When at 5:30 pm Richard Hobbs arrived in the basement, Stephanie was crying, cradling Sylvia in her arms. She and he together gave her a nice warm bath and new clothes, knowing that she was soon to die. They laid her on one of the mattresses, there expressing her last wish to see her father, little Sylvia, die.

The Rightful Indictment But Lawless Verdict

Even Sylvia’s deceased body was physically abused before Gertrude realized she was dead. The police were called in, and the prepared note was given. On threat, Jenny narrated a fake discourse of events but slipped to the police that if they got her out, she would tell them everything.

Accordingly, when the girl was brought in, she stuttered out the horrors of the previous months, which led to the arrest of Gertrude, Paula, Jr. Baniszewski, and Stephanie, the eldest Baniszewskis and Hubbard, into juvenile detention and the younger one and Hobbs at Indianapolis Children’s Guardians Home without bail. On October 27th blamed the kids for the mistreatment. But Paula and Jr. signed statements regarding the abuse they caused without remorse. Soon several teenagers were arrested in the same context. Coroner Dr. Arthur Kebel concluded that what had happened to Sylvia was madness, and she was dead before death could come. Subdural hematoma and shock, both psychological and physical, were concluded to be the reasons for her demise. The grand jury of Marion County held Gertrude, Paula, Jr., Hobbs, and Hubbard accountable for first-degree murder on the 30th of December 1965.

Stephanie stood as a witness amongst the many others at the trials. Gertrude tried to plead for insanity, but it did not work. On 16th April 1966, the prosecution asked for the death penalty for the accused. After much deliberation on the 19th of May 1966, the jury held Gertrude guilty on account of first-degree murder, Paula, on the second degree, and the rest of manslaughter. On the 25th of May, Gertrude and Paula received life sentences and other sentences of two to twenty-one years in Indiana Reformatory.

The Paroles And Aftermath

All accused of the crimes were sooner or later granted paroles. This caused outrage amongst the residents of Indiana, and petitions were signed, but the jury remained adamant. Everyone began living under alias names trying to reintegrate themselves into society. Gertrude assumed the name Nadine Van Fossan in 1985 and died of lung cancer on 16th June 1990, blaming her asthma medications for her obnoxious behavior.

In 1972 Paula became Paula Pace and tried being a school counselor at the Beaman-Conrad-Liscomb-Union-Whitten Community School but was discovered and kicked out. The younger Baniszewskis had their last name changed to Blake when their father won their custody. Dennis Lee Wright Jr.’s name was changed to Denny Lee White, who died on 5th February 2012. Gertrude Baniszewski, as she heard the verdict

Hobbs, Hubbard, and Baniszewski Jr. were released on 27th February 1968. Hobbs died of lung cancer on 2nd January 1972. Hubbard went on to be a repeat criminal offender and died of a heart attack on the 23rd of June 2007. Baniszewski Jr. became John Blake and served as a lay minister till his death from diabetes on 19th May 2005. Stephanie took on a new name, got married, and resided in Florida with her children. Jenny Likens later got married and had kids but was perpetually dependent on anxiety medication till she died of a heart attack on 23rd June 2004.

The Likens’ parents, who did not know of Gertrude’s diabolic nature, were excused from any charges. A memorial was erected to honor Sylvia’s death in Willard Park of Indiana in June of 2001, and The Sylvia’s Child Advocacy Center was founded in 2010. The horrors committed on her were made into a film by the name “An American Crime” in 2007. The endurance and resilience of the young soul will forever be remembered by all that heard her story.