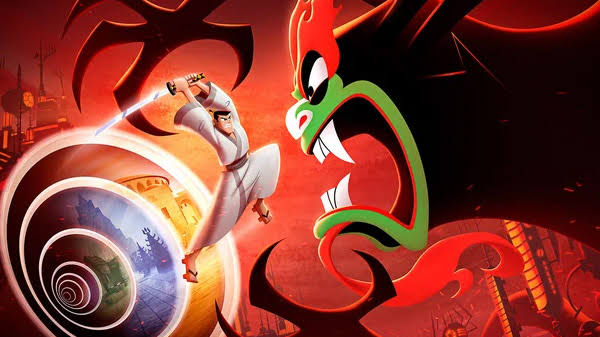 Samurai Jack was has been one of the most popular Cartoon Network series of all time. As a kid, I remember waiting for its episodes to drop as this samurai was indeed so awesome. Now, Adult Swim Games is going to release a new video game of Samurai Jack which is titled ‘Samurai Jack: Battle Through Time’.

Before we begin, please note this post may contain official spoilers Samurai Jack: Battle Through Time video game. If being spoiled is not for you, I suggest that you stop reading the post here. However, if spoilers don’t bother you, we can get started. Also, note that we did not create the spoilers or leak them.

Samurai Jack: Battle Through Time Production and Other Details

Soleil is the developer of the game while it will be published and marketed by Adult Swim Games. In the game, we’ll get to see Samurai Jack travelling through different dimensions of time as it seems like he has full control over switching timelines as it has no effects on him. His ultimate nemesis in the game is going to be Aku.

The original television show that was originally released by Cartoon Network aired in 2001 right until 2004. Then after waiting for about 13 years, in 2017 the final season of Samurai Jack was released. This fifth and last season of the show was released on Adult Swim Toonami. Now, that the news regarding the new game has been revealed fans of the show have become really enthusiastic regarding this new upcoming game.

Samurai Jack: Battle Through Time video game will be released in 2020 summer. So, there is is not a lot of time remaining for the game to come out. Sometimes what happens that we get an announcement and trailer but the release date is a year or two later which is quite frustrating for the fans. Fortunately, Samurai Jack game will not make us wait for so long unnecessarily. The game is going to be released via Playstation 4, Xbox One, Nintendo Switch and PC. This will be the first video game of the Samurai Jack franchise that will be released in almost 10 years.