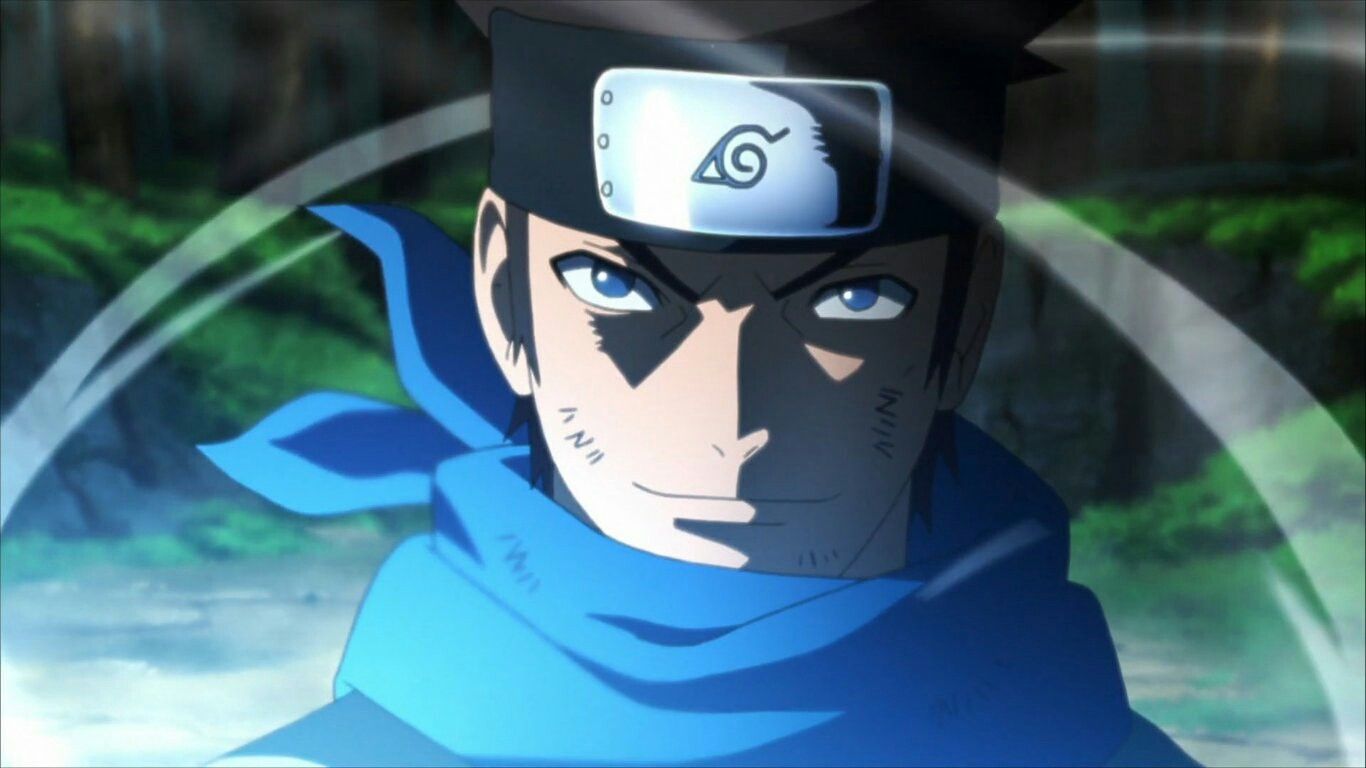 Naruto as a franchise has thrived and grown for the past two decades. Becoming one of the most prominent animes of today, the series has gone on to give us a range of memorable characters that we can relate to. The newest entry in the franchise Boruto: The Next Generation, too, keeps on giving us a further glimpse into these characters. From where they started to what they have become, the Naruto franchise was indeed a journey of life itself. One such character was Konohamaru. A character we literally have seen grown up right in front of our eyes through the franchise’s run. Right from his childhood to an honorable Jonin, we have seen him go through ups and downs.

So, in this whole journey of Konohamaru, we have seen him as a playful child to a ninja serious about his studies to finally becoming an honorable and one of the most respected ninjas in town. But still, there are some questions and facts that you might be looking for the current Sensei of the new Team 7. So, here we are counting down some interesting facts about Konohamaru of the Hidden Leaf Village.

Since the beginning of the anime, we have seen Konohamaru always trying to keep track of what Naruto is up to. He always thought of him as a highly-skilled ninja right from the beginning. Despite some mishaps here and there, Konohamaru never lost respect for Naruto.

The reason behind Konohamaru’s utmost admiration is the way Naruto looked at him. For the very first time they met, Naruto didn’t even know Konohamaru is the honorable grandson of The Third Hokage. He treated him much like just Konohamaru. Nothing more, nothing less. This was enough for Konohamaru, who has always been looked up to and treated like he is something huge from others. From then on, the young ninja started respecting Naruto.

In Naruto’s world, ninjas can use nature transformation. A high-level chakra that uses properties from its chakra to specific elements. Konohamaru being a really genius ninja, has practiced the art of Ninjutsu and Taijutsu for years. When it comes to Ninjutsu, he can control three of the five main nature transformations. These may include Fire, Wind, and Yang Release.

Additionally, in Boruto’s anime, it’s shown that he can also use lightning which was absent from the manga. It is also speculated that Konohamaru can use more than these four mentioned natural transformations. The fact is, he hasn’t been shown using them yet. 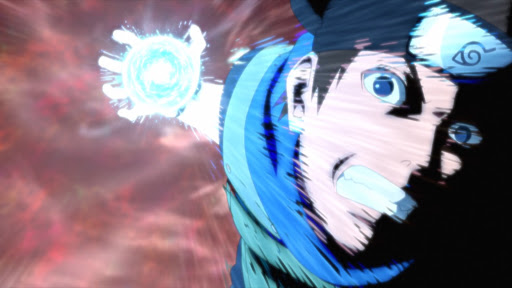 How he became Chunin

This comes from a Naruto OVA from 2011. Titled Chunin Exam on Fire! Naruto vs. Konohamaru. The story focused on how two Naruto and Konohamaru both took part in the chunin exams and eventually faced off each other. If you may remember, between the gap of Naruto and Naruto: Shippuden, Naruto went on to travel with Jiraiya. Between that time, the other Ninjas from  Sakura to Choji, everyone went on to take part in the Chunin exam. Konohamaru disguised himself as Naruto so that his friend might not lose the chance just because he was out of town. Anyway, Shikamaru stopped him from doing so. 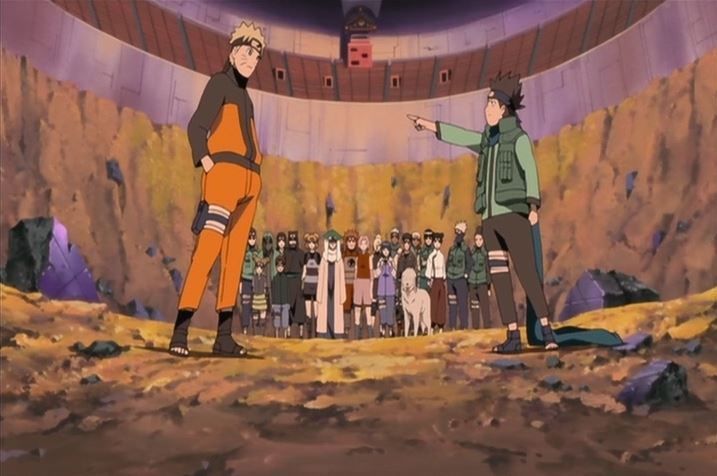 After the two years skip, Naruto and Konohamaru both joined in for Chunin together. Naruto, on the other hand, was much stronger than Konohamaru. Naruto had mastered Sage Mode, and Konohmaru was slightly able to give Naruto a blow. The twist came when it was announced that such transformation was banned from Chunin, resulting in Naruto facing disqualification. Thus, Konohamaru became the winner.

How He Became a Jonin

Well, now we know how Konohamaru becomes a Chunin. But is he Jonin as of now in Boruto? The answer is yes. For most of the on-screen time during Naruto, we have seen him as a class clown always up for mischief. This behavior turns the other way around when Konohamaru sees Naruto and his dedication towards hard work and his dream of becoming Hokage. 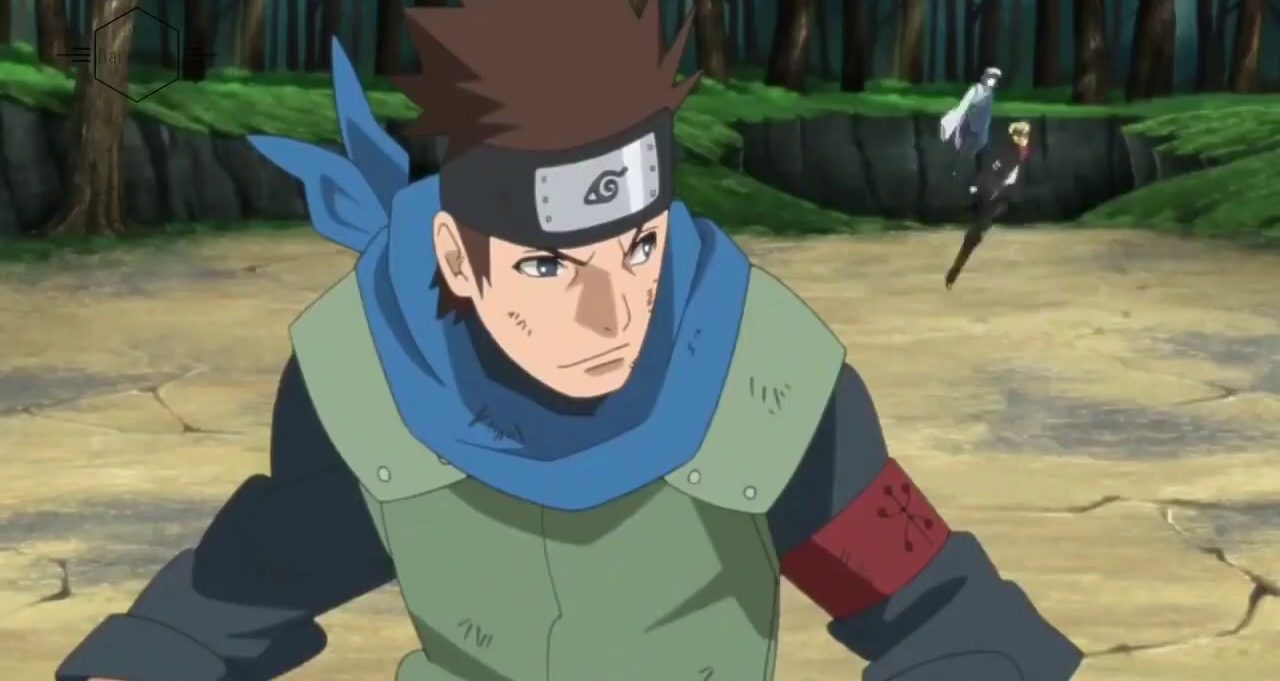 Konohmaru was still that funny guy, but he took his classes more seriously. For the fact, he became a top-tier genin for his class. Plus also a de-facto leader of his group. He continued his advancement. As of now in Boruto, he is clearly a respected Jonin teaching and mentoring Boruto and his friends.

While this is just speculation for now but yes, this can turn out to be true. The most interesting fact is that he has signed a Toad Contract Seal. The fact that all the users of Sage mode once signed the Toad Contract Seal leads us to the fact that probably Konohamaru can also use the Sage Mode. 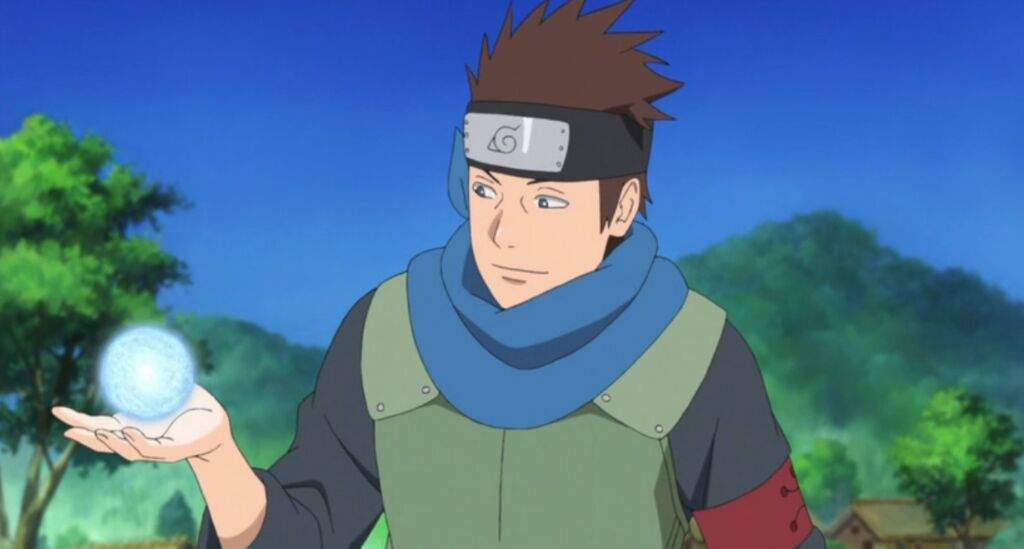 Of course, Konohamaru is a highly skilled ninja with the likes of Ninjutsu and Taijutsu in hands that he has shaped for years. On the plus side, he can also use a much stronger Rasengan than that of Naruto. On the other hand, its also been revealed that he has kept most of his abilities under wraps which will come in handy in Boruto: The Next Generation soon. So, the Sage Mode might just be one of them.

Why Did Constantly Challenged his GrandFather? 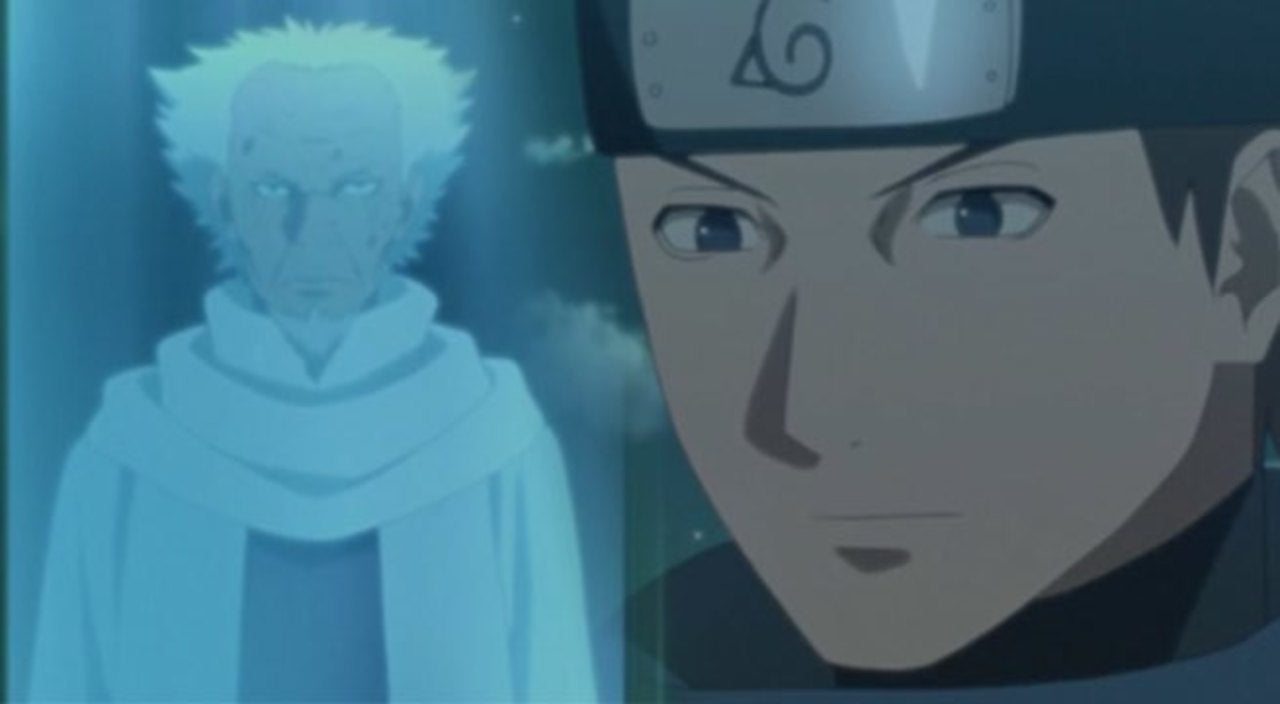 Well, Konohamaru comes from a well-known ninja family named Sarutobi Clan. In fact, his grandfather was The Third Hokage at the beginning of the franchise. He well-respected his grandfather. The only fact that bugged him the most was the way he was treated by the whole village. Konohamaru thought that his identity was cornered to “Honorable Son,” and thus, he was respected. To prove his own worth, he often challenged his grandfather for a battle so that he can defeat him and have his own identity.

Read More: Popular Anime Like Naruto That Fans Would Love

Where Are His Partners Nowadays?

Since the beginning of the series, we have often seen Konohmaru joined by his friends Udon Ise and Moegi Kazamatsuri. The trio was often paired together and later went on to become the Team Ebisu. So, much like Konohamaru, they are also joining him once again to train the next generation of ninjas. 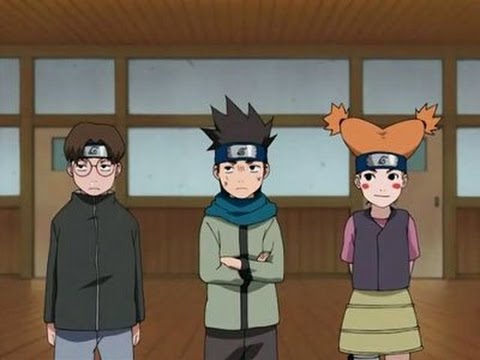 Difference Between Rasengan Of Konohamaru And Naruto

Considered one of the A-Rank techniques created by Fourth Hokage, Minato Namikaze. A very few amounts of ninjas can use this technique. Naruto was taught this technique by Jiraiya. Soon, Naruto passed on the technique to Konohamaru. Much like Naruto, Konohamaru also struggled initially when it came to handling it. Even he relied on his shadow clones to develop them in the initial stages.

Minato always described Rasengan as a technique that needs to be worked on. Naruto Uzumaki worked on this technique for life and ended up created Rasenshuriken. He added Wind nature to his Chakra to do so. On the other hand, Konohamaru, who was also taught the basic technique by Naruto, overtime developed the technique giving his own taste to it. A unique Wind Release: Rasengan. Well, they do look similar in nature, but Konohamaru’s Rasengan gives a bigger blow than Naruto’s.

Where Were His Parents? 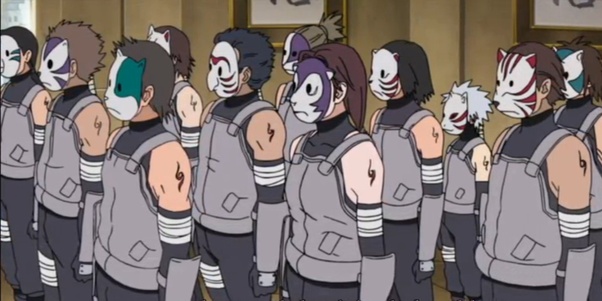 Initially, we weren’t introduced to Konohamaru’s parents at all. Many assumed they died when he was a kid. Thus, leading him to always be on his own or around The Third Hokage. Why the information was kept under wraps for a long time is still a big question, but where were his parents were revealed in a much later arc. It was revealed that Konohamaru was raised by both of his parents, and they were the most prominent members of Konoha Anbu.

Sarutobi Clan is one of the clans with the most skilled ninjas. So, it was evident that his parents might be one of the highly-skilled ones. Konohamaru is the newest member in the line of highly-skilled families.

The Resemblance Of His Name 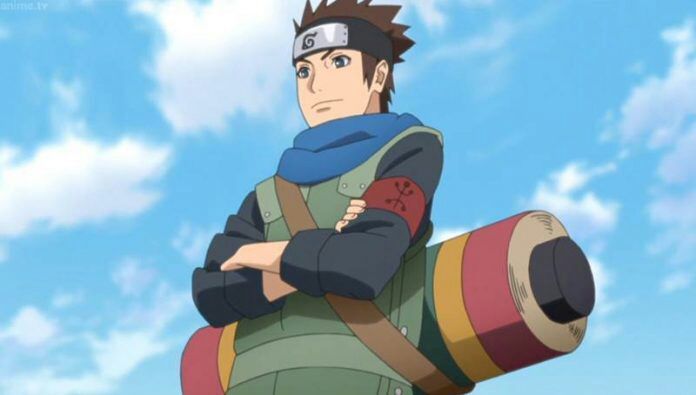 Creator of Naruto Franchise, Masashi Kishimoto, has always given characters their name on the basis of a legend or their traits. The case wasn’t the same with Konohamaru’s name. Konohamaru was named by his grandfather, The Third Hokage Sarutobi Hiruzen. The Third Hokage looked at his village as the most dearest and wanted his grandson’s name to reflect that love. Thus, Konohamaru was named after the village of Konohagakure.

If we look at the deeper meaning of Konohmaru’s name, “Konoha” means leaf, and “Maru” means perfect. Of course, the village is often referred to as the Hidden Leaf Village. So, the Third Hokage saw the village as the perfect village reflecting in the name of Konohamaru.