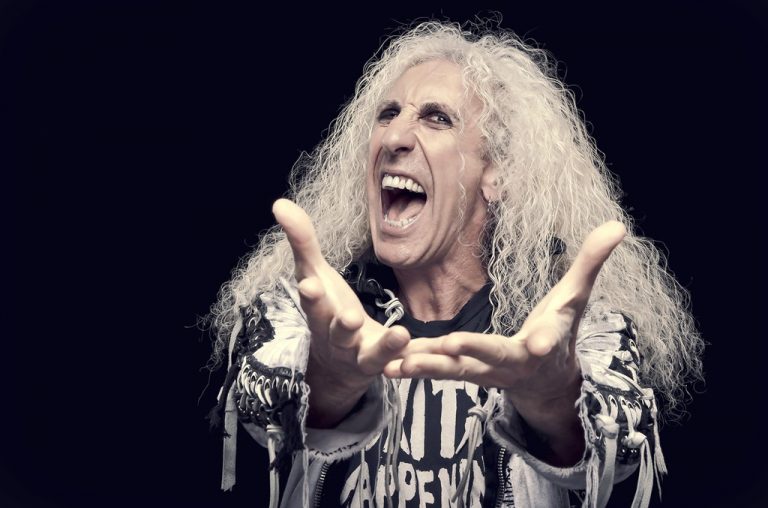 Daniel Dee Snider is an American singer-songwriter and radio personality. In the 1980s, he was the lead singer of a band known as ‘Twisted Sister’ and he has been ranked on the Top 100 Metal Vocalists of all time.

Snider was born on 15th March 1955 in New York, US. He was born to Bob and Marguerite. His father was working as a Nassau County court clerk and was a retired New York State Trooper while his mother is a retired art teacher. As a child, he used to sing in choirs and had been selected for All-State Chorus for singing.

In 1981, Snider married Suzette who was his costume designer. They have four children together, namely Jesse Blaze Snider, Shane Royal Snider, Cody Blue Snider, and Cheyenne Jean Snider. His kids are also into the entertainment business and he also has four grandchildren. Jesse is a member of ‘Baptized By Fire’, a punk band. In 2008, a controversy broke out when he stated in an interview that he’ll be voting for Barrack Obama although he supported John McCain for years because John failed would not admit George Bush’s mistakes. His song ‘We’re Not Gonna Take It’ has been sung at various instances to fight against any kind of restrictions or injustice taking place.

In 1976, Snider joined the ‘Twisted Sister’ as their songwriter and they released their first album ‘Under the Blade’ in 1982. Snider was inspired by drag personality where curly hair, eyeshadow, and bright red lipstick was his trademark. They were a metal band. They went on to release various songs with hits such as ‘We’re Not Gonna Take It’, ‘I Wanna Rock’ and many more. Snider also hosted ‘Headbangers Ball’, an MTV show which featured heavy metal videos and news.

In 1985, the group was called in to introduce a parental warning system for using offensive letters such as S for sex, D for drugs, and more as labels on the music albums. After the band testified against the censorship, a PMRC (Parents Music Resources Center) was formed to carry out their hearings. They released albums and also toured with them and then in 1987 Snider announced his departure from the band. In 1990, Snider with Joe Franco formed Widowmaker and started releasing songs. In 1997, Snider hosted a radio show that ran for 2 hours covering 200 radio stations. It was known as ‘The House of Hair’. He also starred in ‘Strangeland’ which was a horror film.

In 1999, he started hosting ‘Dee Snider Radio’. He voiced over for Gol Acheron, the villain of ‘Jak and Daxter’ a game for PlayStation 2. Then in 2001, he reunited with the Twisted Sisters. He also acted in movies and also gave voiceovers for Angry Jack in ‘SpongeBob SquarePants’. He did various shows such as ‘House of Hair’, ‘Growing Up Twisted’, ‘Attack Attack!’ and many more. In 2014, he had a solo debut with his Christmas musical ‘Dee Snider’s Rock and Roll Christmas Tale’ in Chicago and Toronto.

Dee Snider’s net worth is estimated to be approximately $10 million. His primary source of income has been from him being a musician. He has earned around $500,000 with Twisted Band’s album ‘Come Out and Play’. He has also made a considerable amount as an actor and a radio personality. There is no information available regarding any of the assets that he owns but he sure is a legend in the music industry. For more such updates, stay tuned.